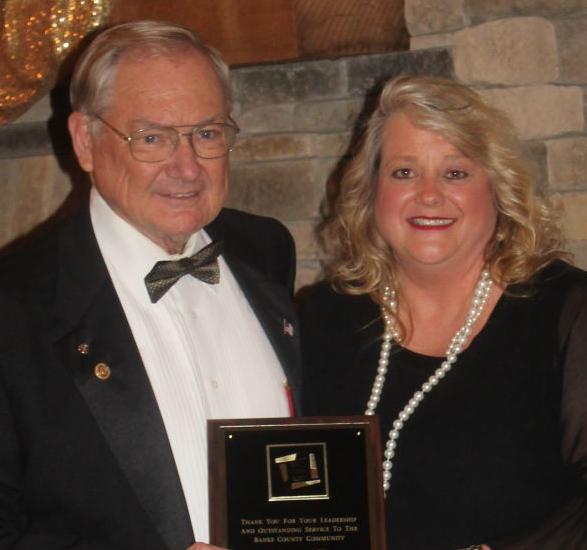 Jerry Boling (left) received the Citizen of the Year Award at the Banks County Chamber of Commerce CVB Annual Dinner. 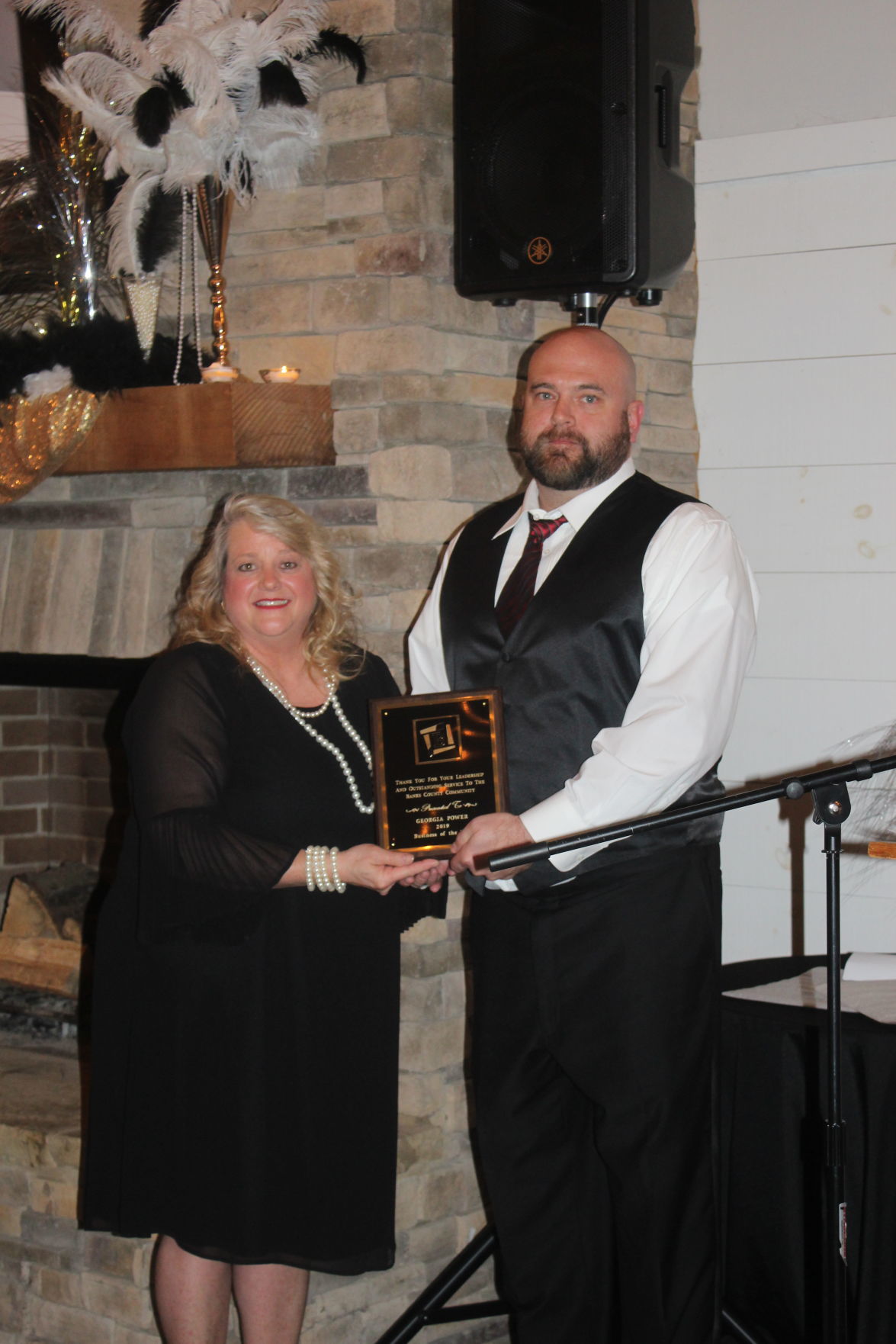 Jeremy Spradlin (left) accepted the Business of the Year Award on behalf of Georgia Power at the Banks County Chamber of Commerce CVB Annual Dinner.

Jerry Boling (left) received the Citizen of the Year Award at the Banks County Chamber of Commerce CVB Annual Dinner.

Jeremy Spradlin (left) accepted the Business of the Year Award on behalf of Georgia Power at the Banks County Chamber of Commerce CVB Annual Dinner.

Jerry Boling was named Citizen of the Year and Georgia Power was named the Business of the Year at the Banks County Chamber of Commerce CVB annual dinner Saturday night, Jan. 11.

"This really caught me by surprise," Boling said when he accepted the award. "I look around the room and there are a lot of people who deserve this same recognition....As I look back over 50 years, there are a lot of things I was fortunate to be a part of. I just did my job. I thank you for this recognition."

Boling began his career as a soil conservationist and implemented the first roadside erosion control using a new method known as hydro-seeding. The very first federal contract awarded by the USDA Soil Conservation Service in Georgia to grass eroded road banks using the Hydro-Seeding Method of spraying the seeds, fertilizer and mulch on bare slopes was assigned to Boling for supervision. This idea was successful and soon it was a common practice on all roads in Georgia.

Boling retired after 33 years in public service and owns and operates several family businesses, as well as farming 300-plus acres in various crops.

Boling was also recognized for his leadership and entrepreneurship in Banks County, including his service in the chamber of commerce and the Rotary Club, which he was instrumental in founding. He is also one of the founding members of his church, Charity Baptist Church in Homer.

Georgia Power, represented by local manager Jeremy Spradlin, received the Business of the Year Award. In Banks County, Georgia Power has 4,328 customers. Carol Ayers spoke on the company and said Georgia Power was very helpful during the festival when there was a power break. She added that the company is known for its community service.

"He is our go-to man on the social committee on the chamber," Ayers said. "He is always there to help us out."

Spradlin said, "Thank you so much. It is an honor to accept this on behalf of Georgia Power."