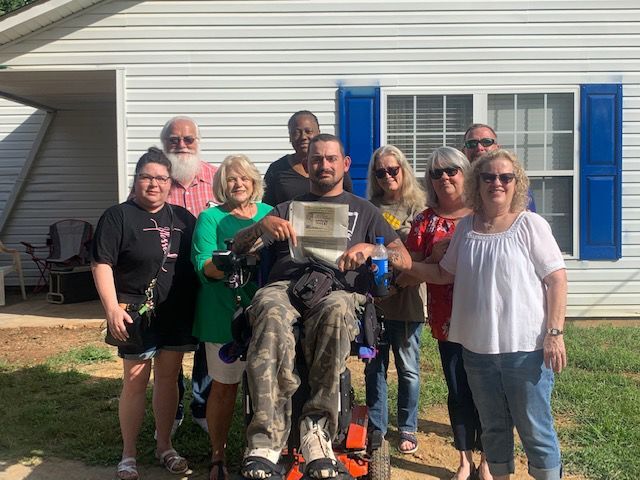 Barrow County resident Tommy Davis, center, has paid off a home that Barrow County Habitat for Humanity built for him, his mother and sister in 2003. 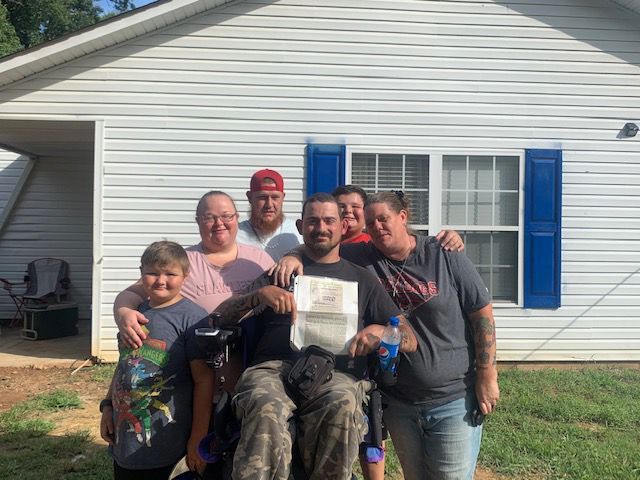 Davis is pictured with his family members during a recent celebration.

Barrow County resident Tommy Davis, center, has paid off a home that Barrow County Habitat for Humanity built for him, his mother and sister in 2003.

Davis is pictured with his family members during a recent celebration.

On Saturday, Aug. 15, Barrow County Habitat for Humanity board attended a celebration at the house of Tommy Davis that members built nearly 17 years ago. The house, built in 2003 for Davis, his late mother and his late sister, was paid off and he is now the owner.

It’s the second house that has been paid off to Barrow Habitat.

The house was the fifth overall built by Barrow Habitat, through volunteer labor and donations raised by the organization. It was built for single mother Debbie Davis, who was the caregiver for her two adult children with multiple sclerosis — Tommy and his sister, Mindy.

Both Mindy and Tommy were in wheelchairs, which required the home to be completely wheelchair-accessible. The house was the first built by Barrow Habitat that was completely ADA-accessible, meaning it was built to the standards of the Americans with Disabilities Act. It included a roll-in shower, breakfast bar that Tommy and Mindy could roll their chairs under and lower shelving in the kitchen.

Mindy Davis died in 2005, and Debbie died in April of this year. Tommy and his caregiver were able to pay off the house through an insurance policy that Debbie left him. Other future plans for the house include clearing out the side back yards and installing a side porch for Tommy to sit outside in the shade.