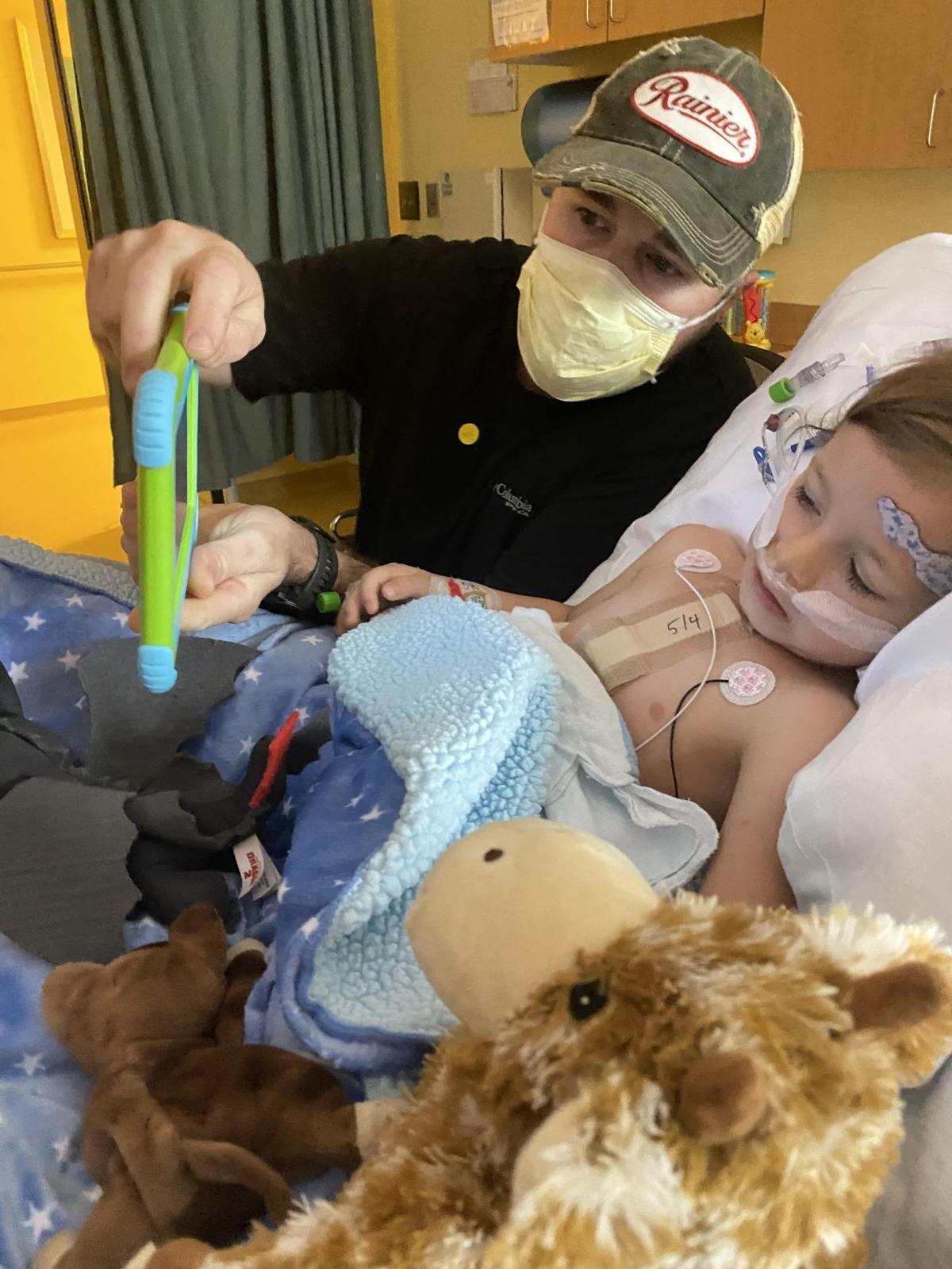 Kaspian Kenoyer is pictured in the hospital with his father, Travis. Kenoyer, who will turn 4 years old Oct. 20, continues to brave a rare and deadly heart disorder he was diagnosed with as an infant in 2018. 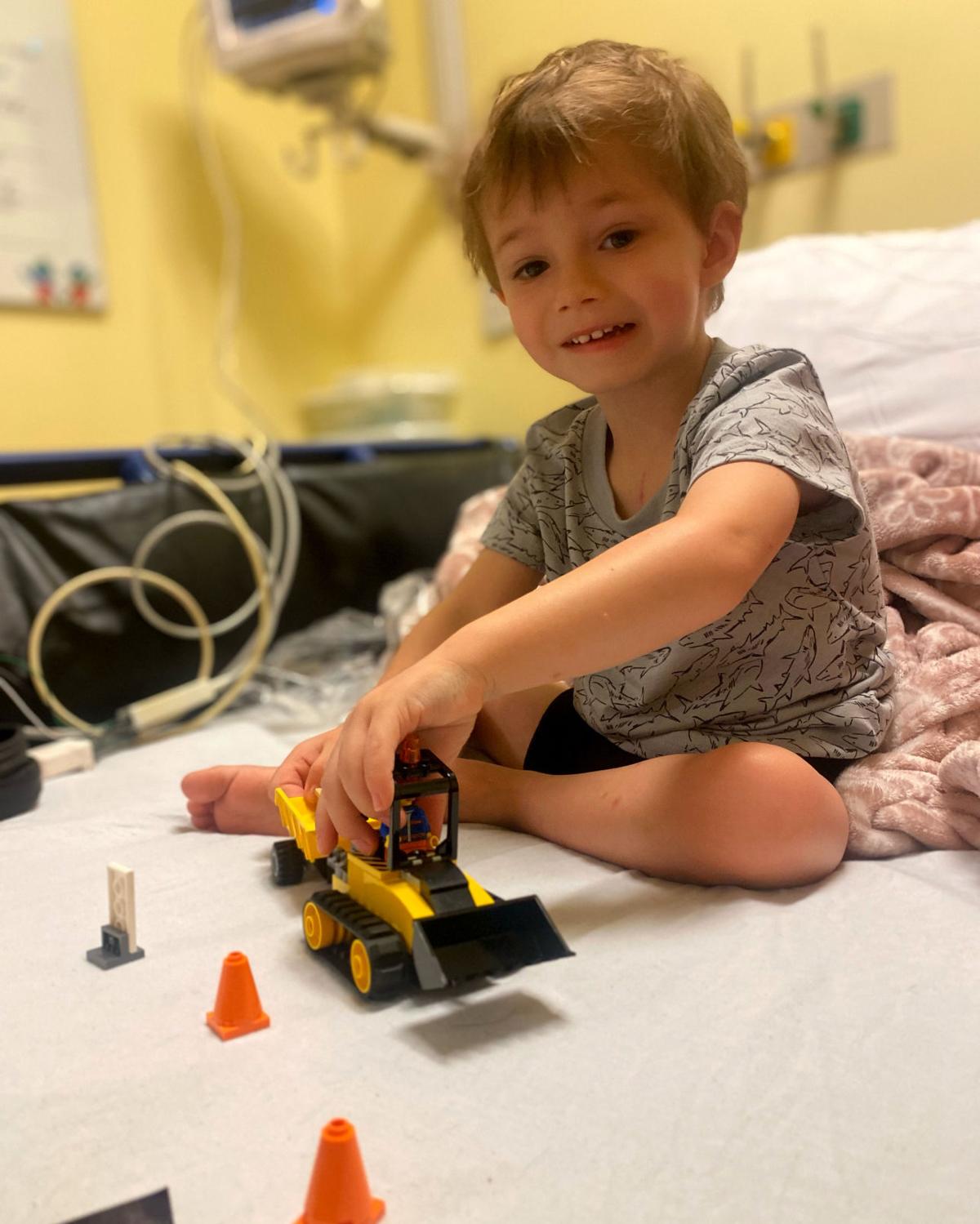 Despite the heart disease he struggles with, Kaspian is a happy boy who is obsessed with Legos, according to his mother. 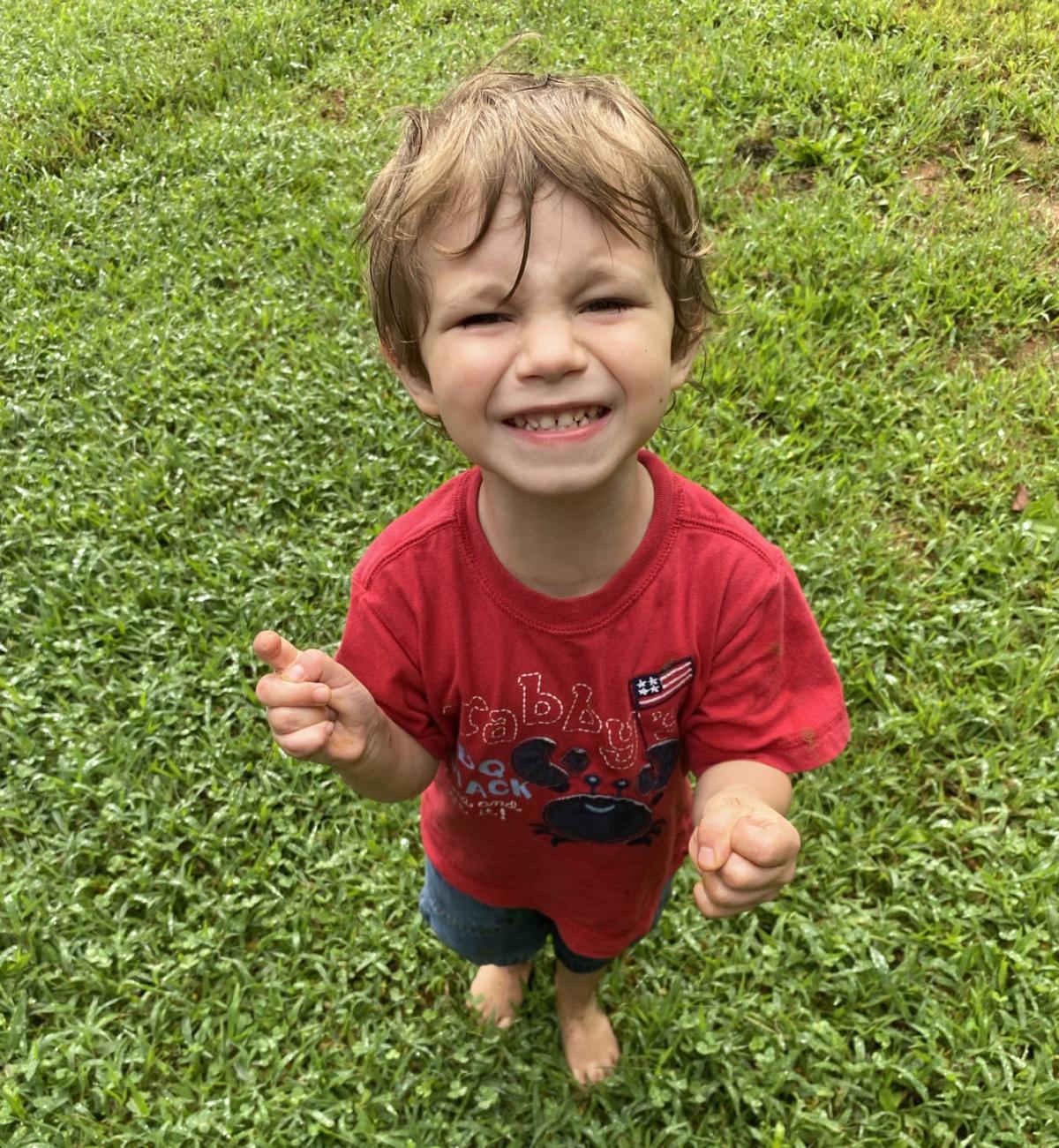 Kaspian Kenoyer is pictured in the hospital with his father, Travis. Kenoyer, who will turn 4 years old Oct. 20, continues to brave a rare and deadly heart disorder he was diagnosed with as an infant in 2018.

Despite the heart disease he struggles with, Kaspian is a happy boy who is obsessed with Legos, according to his mother.

Kaspian Kenoyer, the small, young Barrow County boy with what his mother, January, describes as a giant personality, will celebrate his fourth birthday Oct. 20, and for his family it’s nothing short of a miracle.

“To be honest, he should have never even made it to this birthday,” January Kenoyer said of her son, whose story the Barrow News-Journal first reported on in September 2018. “He’s been through more than almost anyone, including me at 42.”

Kaspian was born Oct. 20, 2017, at 32 weeks and, in February 2018, was diagnosed with multiple heart conditions — most significantly Pulmonary Vein Stenosis (PVS), a rare heart disorder where blood vessels that carry oxygen-rich blood from the lungs back to the heart are obstructed. A little over 1 in 100,000 children are diagnosed with it, and the survival rate in infants has been reported to be around 50 percent, though survival odds do improve over time.

Kaspian’s PVS led to pulmonary hypertension and chronic heart failure, and his parents, January and Travis Kenoyer, have watched him endure a seemingly endless line of procedures at the Sibley Heart Center at Children’s Healthcare of Atlanta (CHOA) — two open-heart surgeries, the most recent one in May, chemotherapy and roughly two dozen heart catheterizations, with another one scheduled for later this month.

“It’s been a wild ride,” January said. “The PVS has been really aggressive and never really stopped. (Kaspian) goes probably four to eight weeks in between (catheterizations) because the disease just doesn’t want to slow down. We tried another round of chemo, but it didn’t work. He goes in for the heart cath Oct. 28 because his veins again, and those have really been the only thing keeping him with us.”

Kenoyer said CHOA’s addition of a specialized PVS program, one of only a handful in the world, has been a major boost and added to their hopes that Kaspian will be able to survive long-term. She said a lung transplant would eventually give him the best chance of that, though doctors say it hasn’t reached that point yet.

“We don’t have any other options really (other than to continue with the frequent catheterizations),” January said. “They’ve been saying he’s out of options a long time, and he’s still here.”

The Kenoyers are continuing to chronicle their journey on various forms of social media — Facebook, Instagram, TikTok — through the hashtag #prayersforkaspian and have also gotten involved in charity fundraising efforts.

The family is currently conducting a fundraiser and hopes to split the proceeds between two nonprofits — Little Bricks Charity and Kids at Heart. Little Bricks Charity has delivered Legos to more than 200 children’s hospitals around the U.S. and Canada, including $41,000 worth of Legos this year, and CHOA will be among the 2021 tour recipients Nov. 1. January said her family is participating in that Nov. 1 delivery in hopes of giving back what was given to them. Her son was one of the previous recipients of the Legos, which organization leaders say can be used as a tool to help pediatric patients open up about their feelings and ask and answer “tough questions.”

For more information on and to donate to Little Bricks Charity, go to https://www.littlebrickscharity.org/.

For information on the program and how to donate, go to https://www.choa.org/medical-services/heart-center/support.