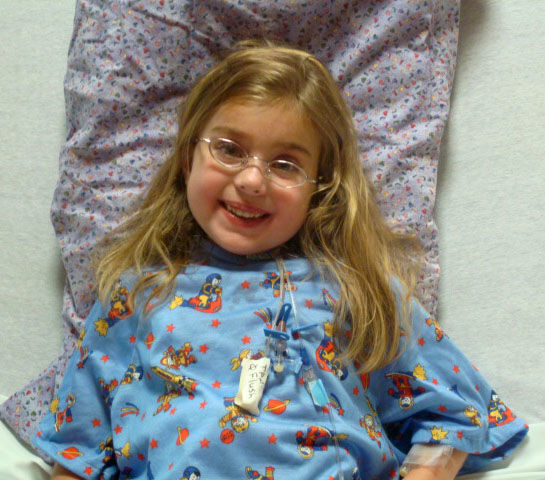 Callahan is pictured after receiving a heart transplant at age 6 in April 2010. 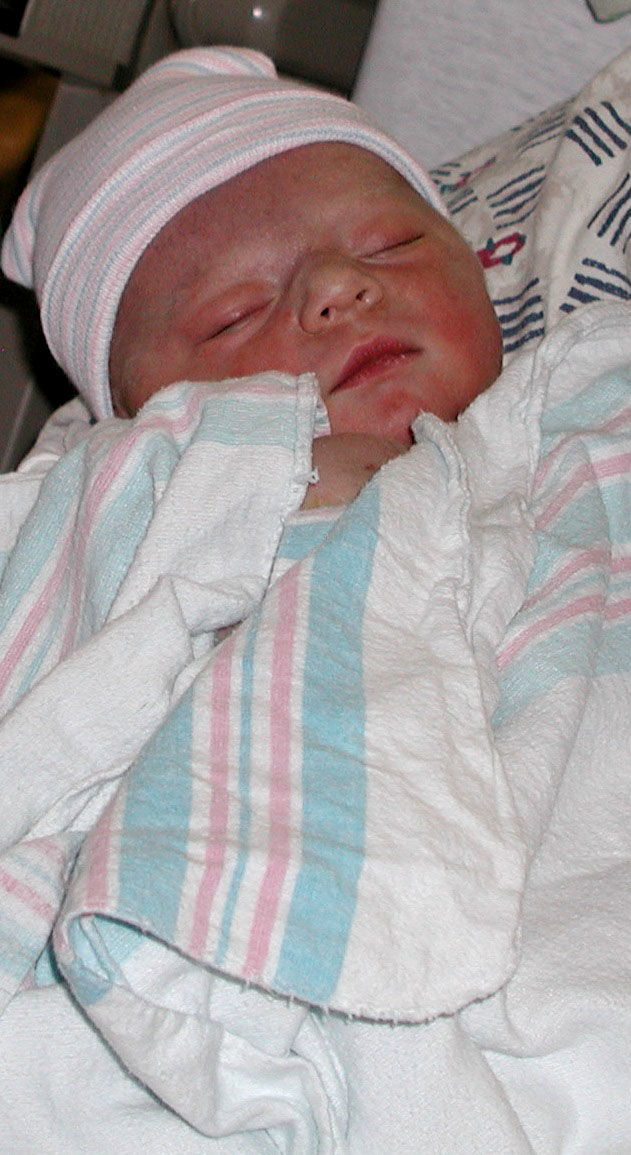 Callahan is pictured as a newborn infant in April 2003. 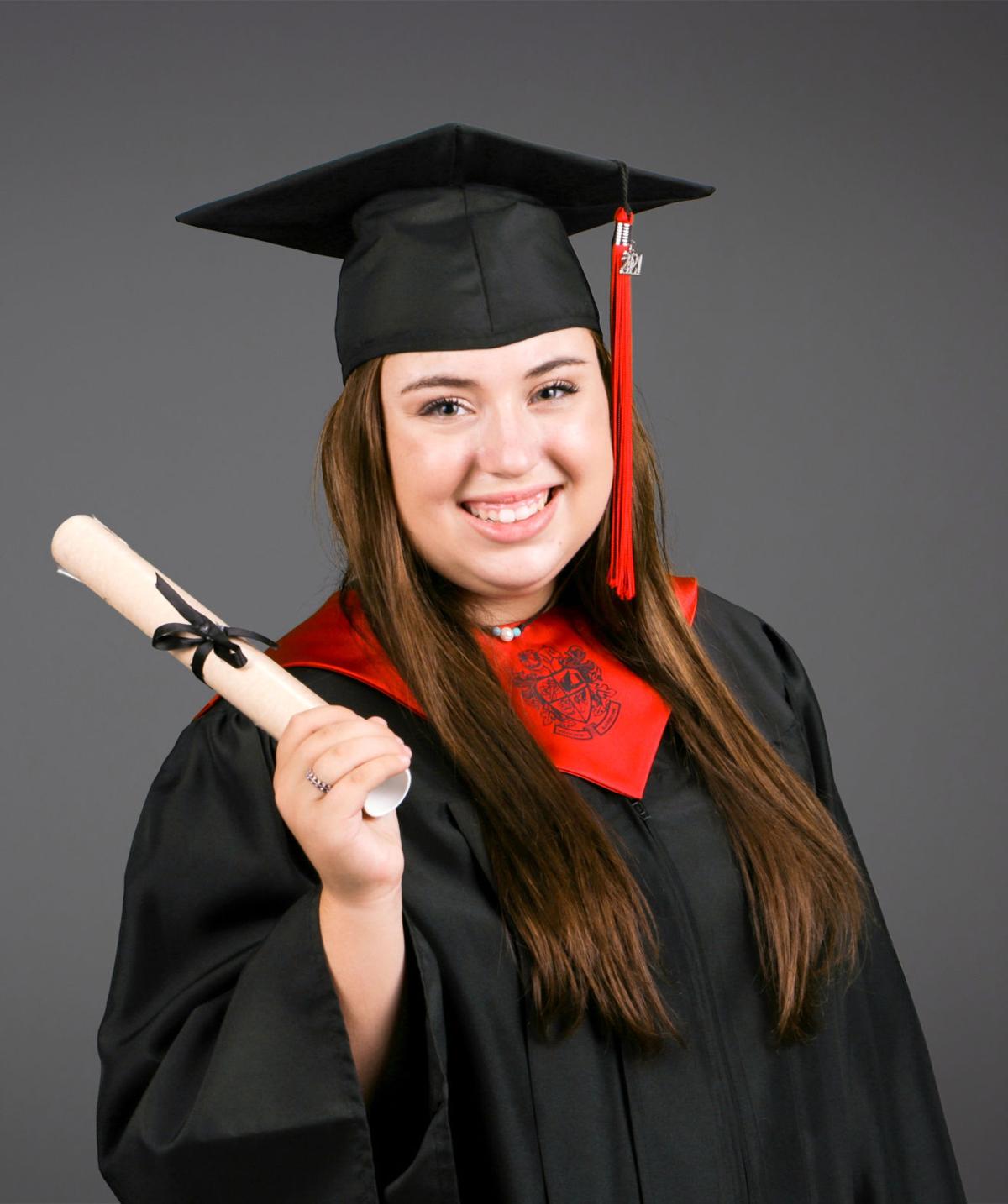 Winder-Barrow High School senior Grace Callahan, who will graduate next month, recently celebrated the 11th anniversary of her heart transplant.

Callahan is pictured after receiving a heart transplant at age 6 in April 2010.

Callahan is pictured as a newborn infant in April 2003.

Winder-Barrow High School senior Grace Callahan, who will graduate next month, recently celebrated the 11th anniversary of her heart transplant.

For Audrey Callahan, it was a heartwarming case of “God’s perfect timing.”

It was April 4, 2010, and Audrey and her family were deep in prayer and hopes that they would hear soon that a new heart was available for her 6-year-old daughter, Grace. On that Easter Sunday, the life-changing call came and their prayers were answered. Grace underwent a successful heart transplant at Children’s Healthcare of Atlanta and the soon-to-be Winder-Barrow High School graduate, who will turn 18 next week, continues to live life to its fullest today.

“She had thousands praying for her, and she and we have all just been really blessed,” Audrey Callahan recalled last week, noting that Easter has marked pivotal milestones for the family throughout Grace’s life. She was born on Easter Sunday, April 20, 2003, received her new heart on Easter and celebrated her 11th “heartiversary” on Easter Sunday this year.

Eleven days after she was born, Grace was diagnosed with an enlarged heart as part of a condition called cardiomyopathy and was immediately placed in an intensive-care unit. She was placed on several medications, Audrey recalled, and while the likelihood of a heart transplant was always there, Grace compensated well enough to where she was not placed on any wait lists.

The Callahans were able to manage Grace’s condition over the next few years with those medications and consultation from doctors at Children’s, but when she was 6 her health took a bad turn. Audrey recalled that one day the family was at a minor-league hockey game in Gwinnett County when Grace developed a severe headache and stomach ache and could hardly walk. She was admitted to and evaluated at a hospital and placed on a waiting list for a heart. And as she became “too sick to eat” over the next week, the Callahans, practicing Catholics, took part in a novena, a traditional nine-day devotional prayer. It was on the final day of that prayer that the family received the call that a heart was available and the successful surgery followed. Grace remembered that Audrey did well with her recovery, was eating on her own two days after the surgery and was back home shortly thereafter.

“I don’t remember that much about it, but I do remember the shows I watched and the people I was around (in the hospital),” said Grace, who has avoided any other major health scares since then and said she has lived a happy, fulfilled childhood without many limitations. She isn’t able to participate in full-on contact sports, but competed on swim teams for several years.

“It has not been terrible, honestly, other than still having to go to a lot of appointments,” said Grace, who plans to attend the University of North Georgia starting fall and, fittingly, plans to pursue a career as a pediatric nurse. “I would say (her experiences have) definitely made me want to go into pediatric care.”

But Grace and her family are well-aware that her condition will continue to require monitoring and intervention and that her successful transplant was not a cure. The average transplanted heart lasts 17 years, and Grace undergoes an invasive annual examination that is aimed at identifying any signs of rejection. She also undergoes periodic checks for heart blockages and has blood work done regularly.

“There are different types of rejection, and there’s always the risk of an immediate heart attack, but they do their best to look for any potential warning signs. They do a lot to be able to detect those,” Audrey said. “There are different statuses depending on how sick you are, and they don’t put you on a wait list until you really need a heart. Thankfully, ever since the transplant, Grace is not showing any signs of needing a new heart. But unless medicine changes, we know at some point she’ll need another one.”

With that inevitability in mind, the Callahans are hoping to bring about more public awareness to greater need nationwide for organ donors. April is National Donate Life Month, an awareness campaign started in 2003 (the year Grace was born) by national nonprofit Donate Life America and partnering organizations. And next week, when Grace turns 18, will mark the organization’s annual National Pediatric Transplant Week awareness campaign that promotes a goal of ending wait lists for children in need of an organ transplant.

According to statistics from Donate Life, more than 100,000 people are currently on waiting lists for organ transplants; more than 1,700 children were saved with organ transplants in 2020, and more than 1,900 are still on waiting lists. You can register to be an organ donor at RegisterMe.org and can learn more information at donatelife.net. The organization has registered more than 165 million organ, eye and tissue donors over the past 28 years, according to its website.

“Unfortunately, a lot of people don’t indicate that they’re donors, and it’s important for families to have those conversations so people know each other’s wishes,” Audrey said. “We were just so blessed and fortunate that we found a matching heart for Grace. We did write some letters to her donor’s family, and that donor had donated several organs.

“People pass away every day waiting for an organ. When Grace was waiting for her hear, a little boy about year older in the hospital passed away when he was waiting for his second heart. And a little girl we knew, who had a successful heart transplant and recovered, her heart only lasted five years and she didn’t make it. And there are many adults with similar stories.