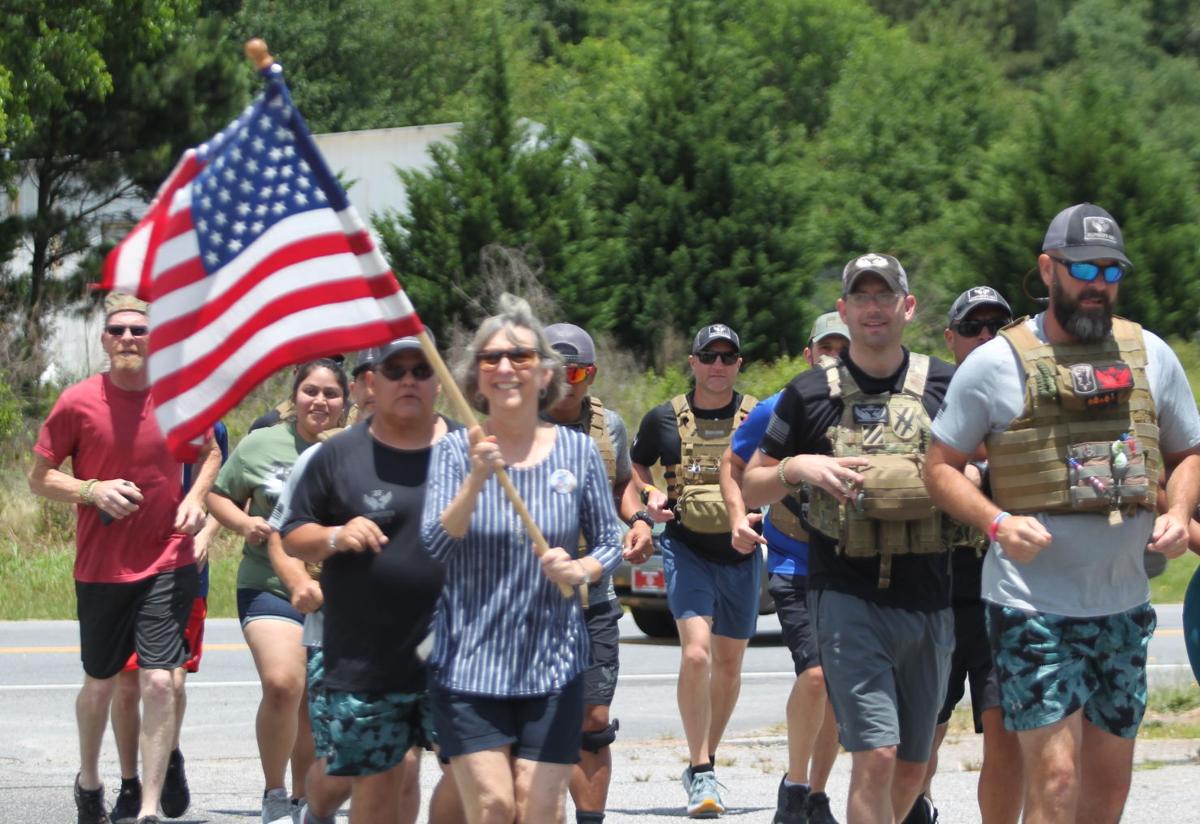 Members of Shepherd’s Men ran about a mile from a graveside memorial ceremony to the American Legion in Statham to honor fallen veterans. 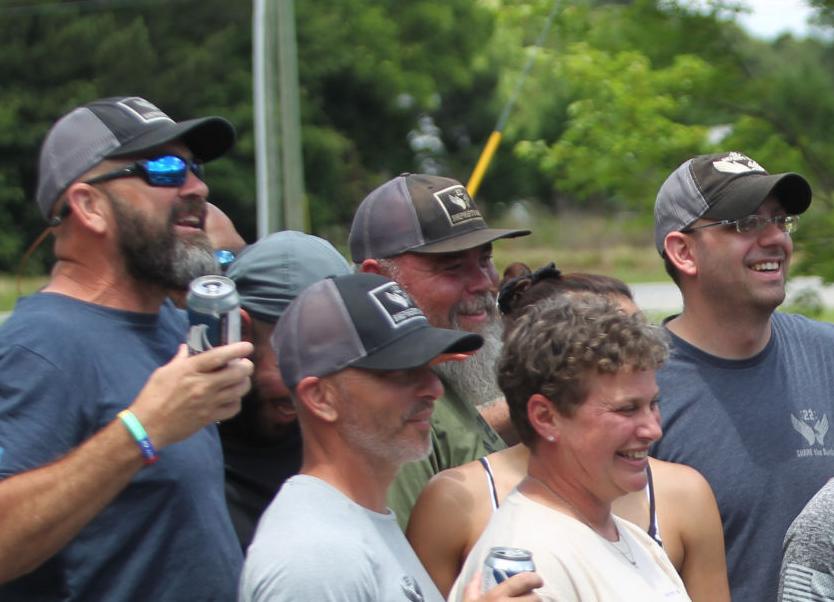 According to a member, many members of Shepherd's Men celebrate Memorial Day weekend like most Americans celebrate Christmas. Some even decorate their yards with dozens of flags and soldiers in honor of our fallen veterans. 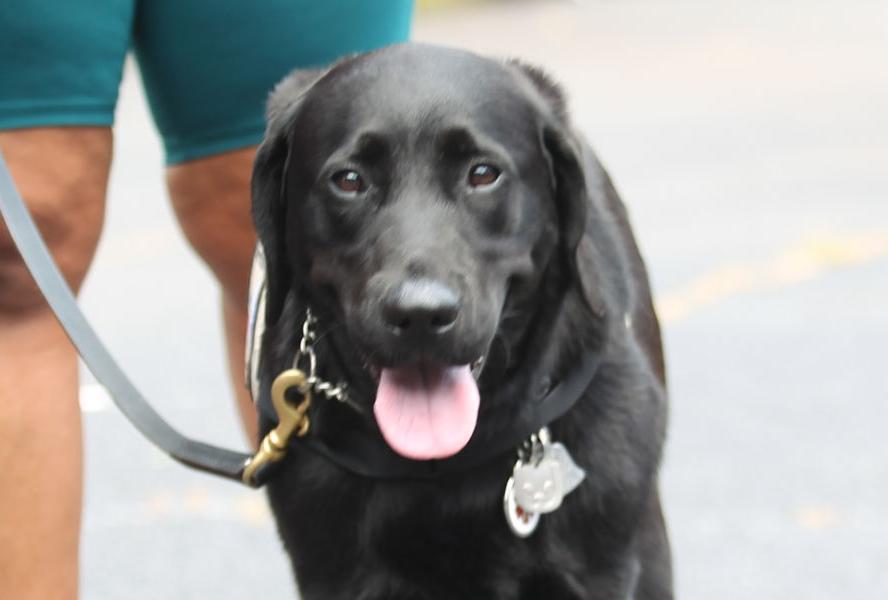 Members of Shepherd’s Men ran about a mile from a graveside memorial ceremony to the American Legion in Statham to honor fallen veterans.

According to a member, many members of Shepherd's Men celebrate Memorial Day weekend like most Americans celebrate Christmas. Some even decorate their yards with dozens of flags and soldiers in honor of our fallen veterans.

Members of the American Legion in Statham hosted an annual Shepherd’s Men rally Sunday, May 30, in honor of Memorial Day.

The rally is held each year to help bring awareness and raise funds toward the group’s effort to combat suicide and mental health issues experienced by today’s generation of young veterans.

Co-founded by Travis Ellis and U.S. Marine Troy Campbell in 2014, Shepherd’s Men is a group of active and retired military service men and women and civilians who raise awareness and funds for the SHARE Military Initiative at Shepherd Center in Atlanta.

The initiative offers "just about any clinical discipline you can imagine,” said Ellis, who lost his father when he was 9 years old due to problems attributed to the brain injuries he suffered after serving in Vietnam.

Ellis and Campbell were inspired to start the nonprofit when they “saw the need” following the release of a study by the U.S. Department of Defense showing that an average of 22 veterans commit suicide everyday. The pair then discovered the life saving program at Shepherd Center and immediately wanted to take part in supporting the cause.

The SHARE initiative caters to each individual it serves by creating a recovery plan shaped around their unique needs and goals. Upon graduating the program, each graduate is provided with a life coach for a minimum of six months.

“No matter where you go home to, they will fly to you and go to your appointments at the VA; much of the proceeds raised at events go toward payment of life coaches,” said Gary Herber, veteran, SHARE graduate and Shepherd's Men team member.

Shepherd’s Men have received an array of donations, including bourbon from Woodford Reserve, its own “Liberty Beer” provided by Reformation Brewery, a motorcycle built and donated by Zac Brown and concerts by country music stars including Charlie Daniels and Chris Young.

While the program offered to veterans is available and successful at its mission, a major hurdle many veterans struggle to overcome is simply the willingness to seek help. That hurdle is probably one of the biggest challenges Shepherd's Men and the SHARE initiative must overcome.

Herber, who served in the War in Afghanistan in 2009, admits he wouldn't have sought help had it not been for family members and loved ones recognizing his issues and connecting the dots, which led him to the program.

"I'd say probably nine out of 10, maybe even nine out of 100, veterans that need this help are not going to ask for it personally,” he said. “I wouldn't have.”

"I was living my worst life. I didn't trust myself with myself. I had no idea who I was," he said.

Herber was "on a razor's edge between life and death” upon entering the program in September 2016.

"Every single day I was trying to find a reason to live, and by then, I had run out of reasons to wake up everyday," he said.

Like many veterans, Herber was initially closed off to therapy, unwilling to even give it a chance.

“How could they ever understand where I was coming from? They're not vets, they're professionals," he said of his mindset going into the program. "I didn't think anyone would ever understand the hell that we went through."

Upon arriving at SHARE, however, he found dozens of other veterans who shared his mindset of hopelessness, loneliness and alienation from the rest of the world.

"It was the first time I had connected with other people like that since I returned home," said Herber, who had been unconsciously seeking the brotherhood he shared with the platoon he was deployed and fought with in Afghanistan.

Herber was deployed as part of the esteemed 10th Mountain Division of the U.S. Army, also known as “the Death Dealers,” which consisted of 24 men. Despite rolling over 13 roadside bombs in an eight week period, they survived. They would have died had they not been in a mine-resistant and ambush-proof vehicle purchased by the military just months prior. Without the new vehicles, Herber said, “they would have never found the pieces of us.”

Like many who serve at war, Herber didn't expect to ever step foot on American soil again. At 29-years-old, he was fully prepared to sacrifice his life in the name of freedom. Although Herbert's platoon didn't lose a single man in Afghanistan, three of the 24 men have committed suicide since returning to America.

"What the enemy couldn't do to us, we've come home and done to ourselves," he said.

The atrocities witnessed in the war-torn and poverty-stricken Middle East, has led to the emergence of an unintended, but very real and raging war just as stubborn as the global war on terror. The real war, Herber points out, is an internal war “happening in the minds and hearts of our veterans.”

"A servant's heart is always going to live within me," he said. "Every day, I wake up with a mission to give back something that was given to me."