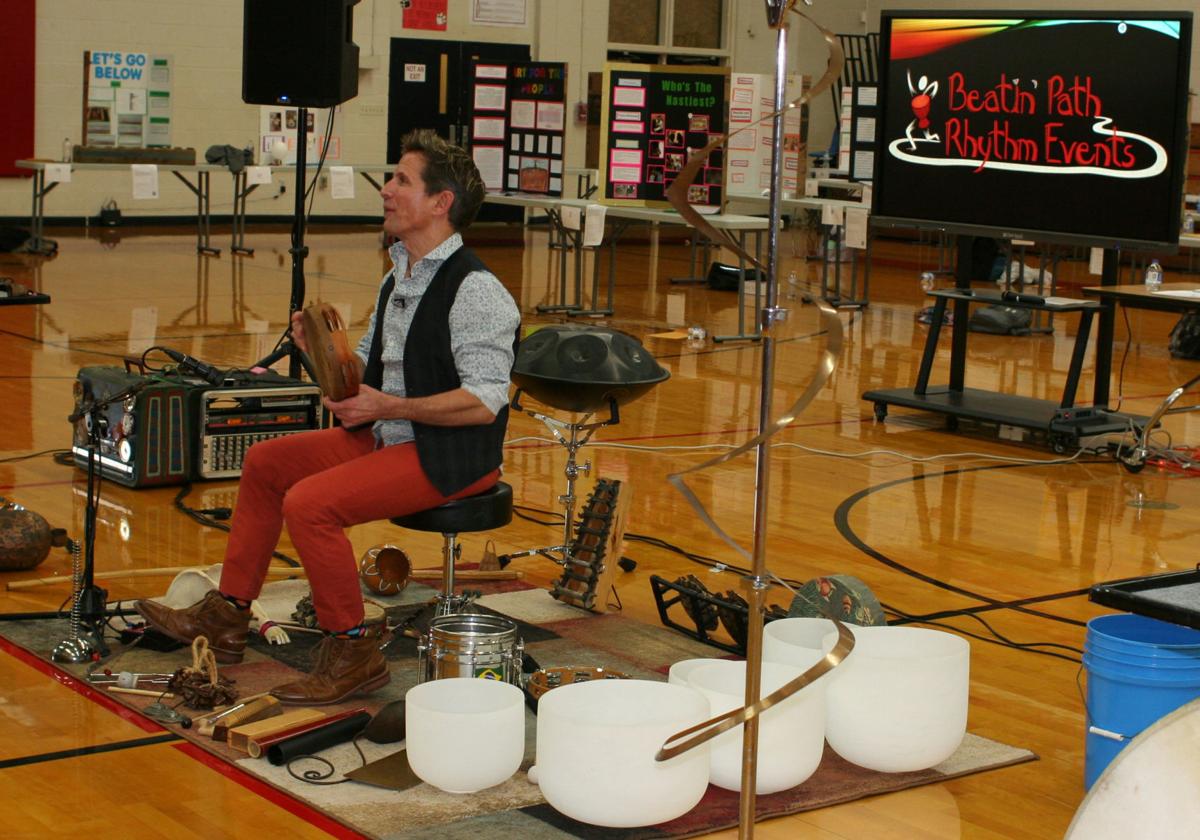 Dave Holland, with ArtsNow, talks to students who entered the Barrow County Science Fair about vibrations. 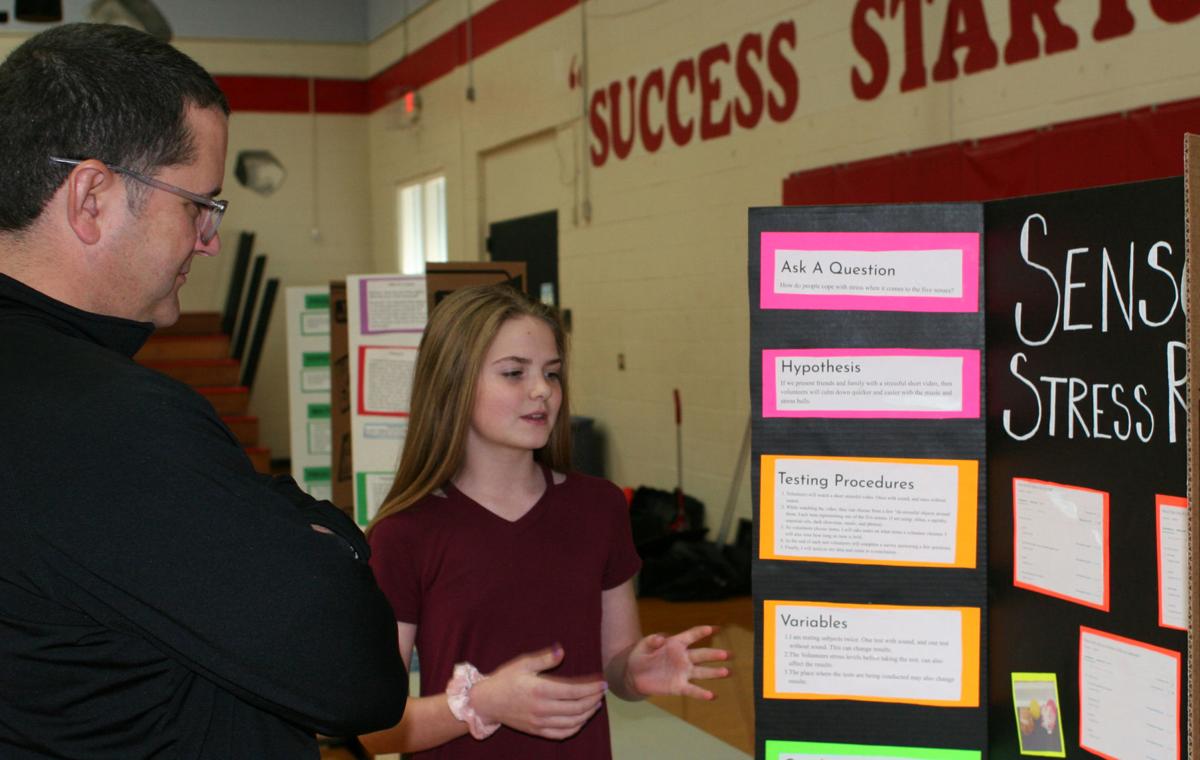 Dave Holland, with ArtsNow, talks to students who entered the Barrow County Science Fair about vibrations.

Nine in the junior division and two in the senior division were awarded gold medals in the recent Barrow County School System science and engineering fair.

The gold medal projects will compete in the Northeast Georgia Regional Fair Jan. 31 in Winterville.

The “top projects” went to a Haymon-Morris Middle School student and the high school award went to a team of seniors at Winder Barrow. Brianna Ashe, eighth-grader at HMMS, won gold for her project, “Which Cup Will Keep Water Cold or Hot?” The WBHS team of Justin Kight, Aryana Payne and Brittany Vicente-Francisco, took the top prize for their project, “Measuring Sugar Content with a Laser Pointer.”

Lee Bane, the district’s director of innovative learning, said about 50 projects were entered. The district had an increase in the number of senior division projects entered.

The three seniors with the top project, Kight, Payne and Vicente-Francisco, were from the school’s AP environmental science class, as were all the Winder-Barrow students. All said it took about two weeks to prepare the projects — after coming up with the concept and gathering the materials.

The laser pointer also could be used with passers-by who stopped to ask questions. Kight demonstrated with a couple of questioners.

The sixth-grader Ariel Brooks explained her project on “sensory stress relief” to Brad Bowling, special education director for the district. She said she made a video creating stressful situations, including the sound of fingernails across a blackboard. Thirteen to 15 people were tested, she said.

Gold winners in the junior division were:

Science fair exhibitors also heard a presentation from Dave Holland, with ArtsNow. Holland told the students that “every molecule” in their bodies vibrate and vibrations can be targeted for health and for emotional response.

He talked about frequency and amplitude of vibrations, about the “angle of vision” and friction.

Holland often thanked the students for responding with correct answers. “Thank you very much,” he would say after feeding them obvious clues about his point.

He had a host of “musical” instruments. Tambourines were evident, as were “homemade” concoctions with spoons and other items. It included various kinds of metals and rocks.

“In science,” Holland said, “the very first thing we have to do is learn to observe.” He interspersed his comments with rhythmic tunes.

He encouraged the students to cultivate “probably the most valuable skill” they could learn — “doing nothing” and thinking.