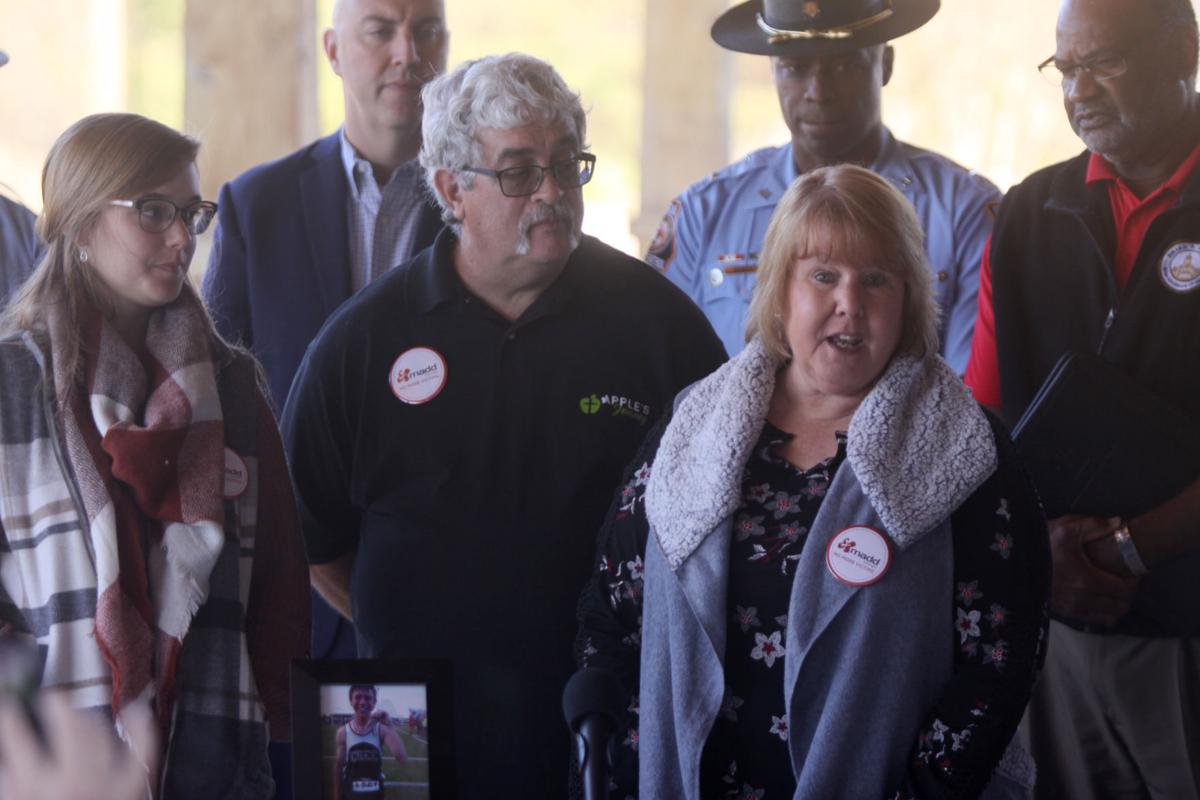 Debby Hawkins speaks about her son Anthony, 21, who was killed by a drunk driver Sept. 10, 2016 on State Route 316 in Barrow County. The Hawkins family was the featured family Saturday, Nov. 21, during a kickoff briefing by Mothers Against Drunk Drivers Georgia for the nonprofit's annual "Tie One On for Safety" holiday-season public awareness campaign. The briefing was held at Bethlehem Church. 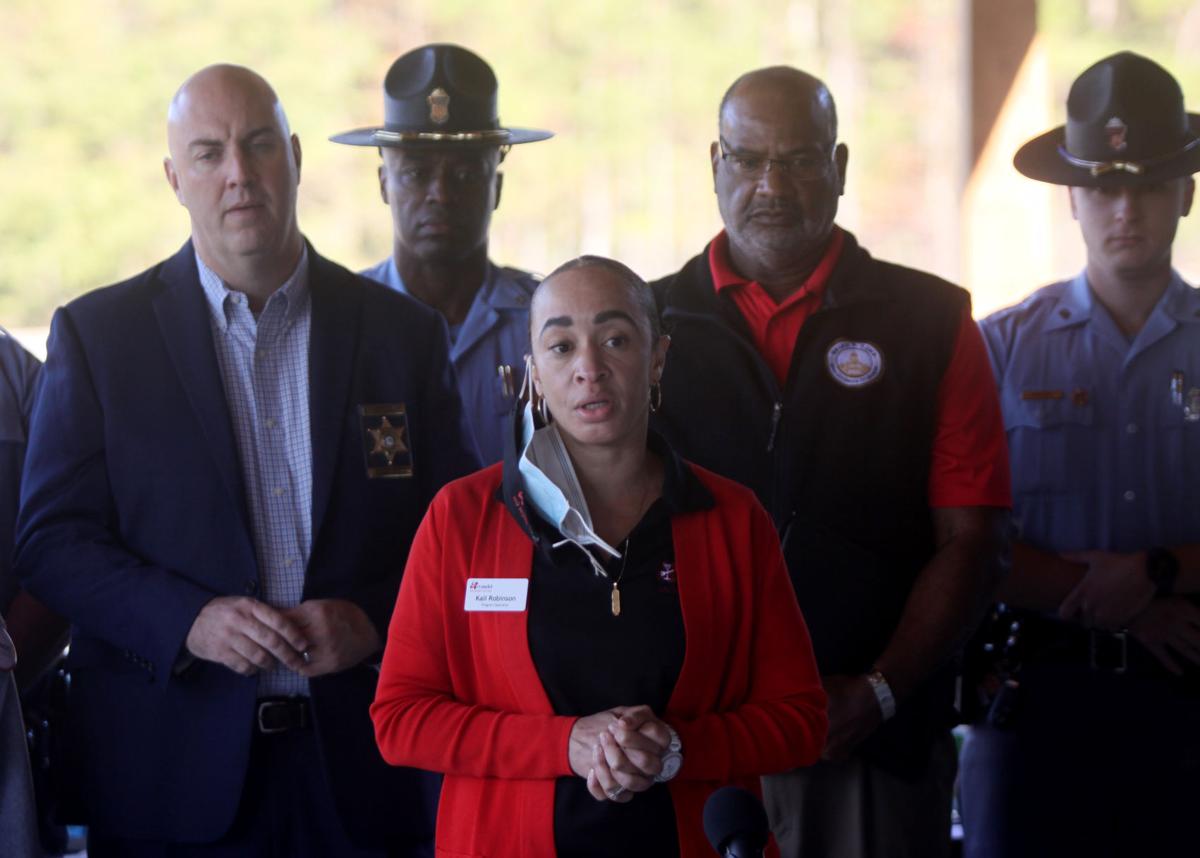 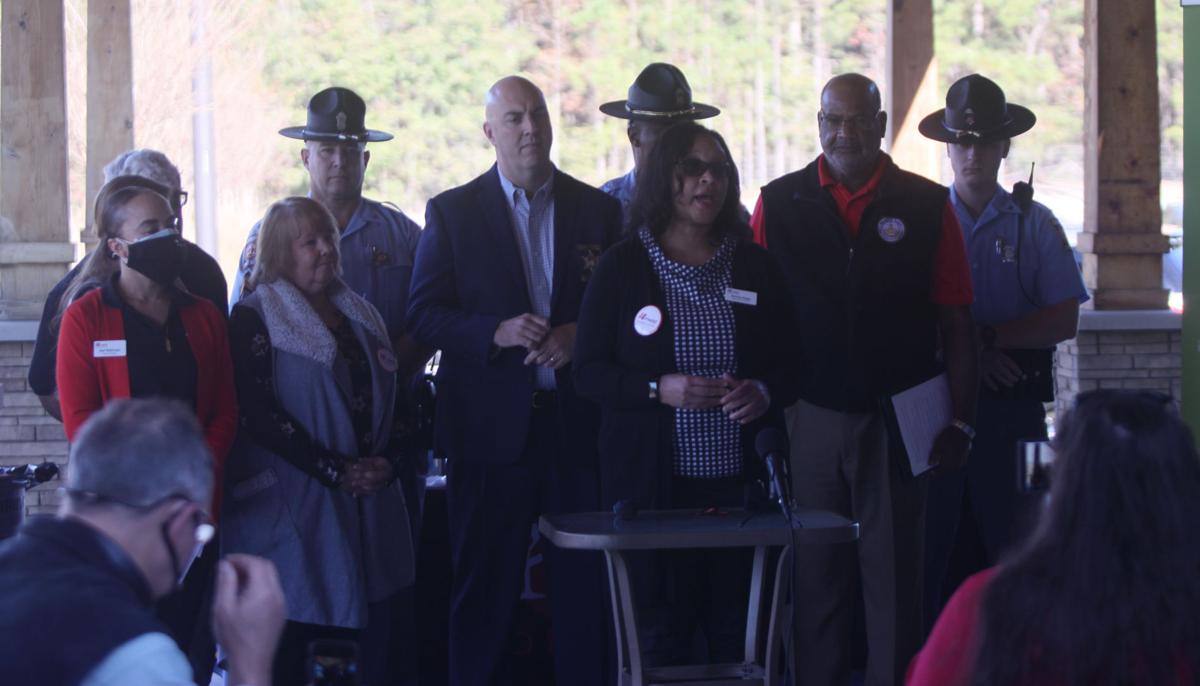 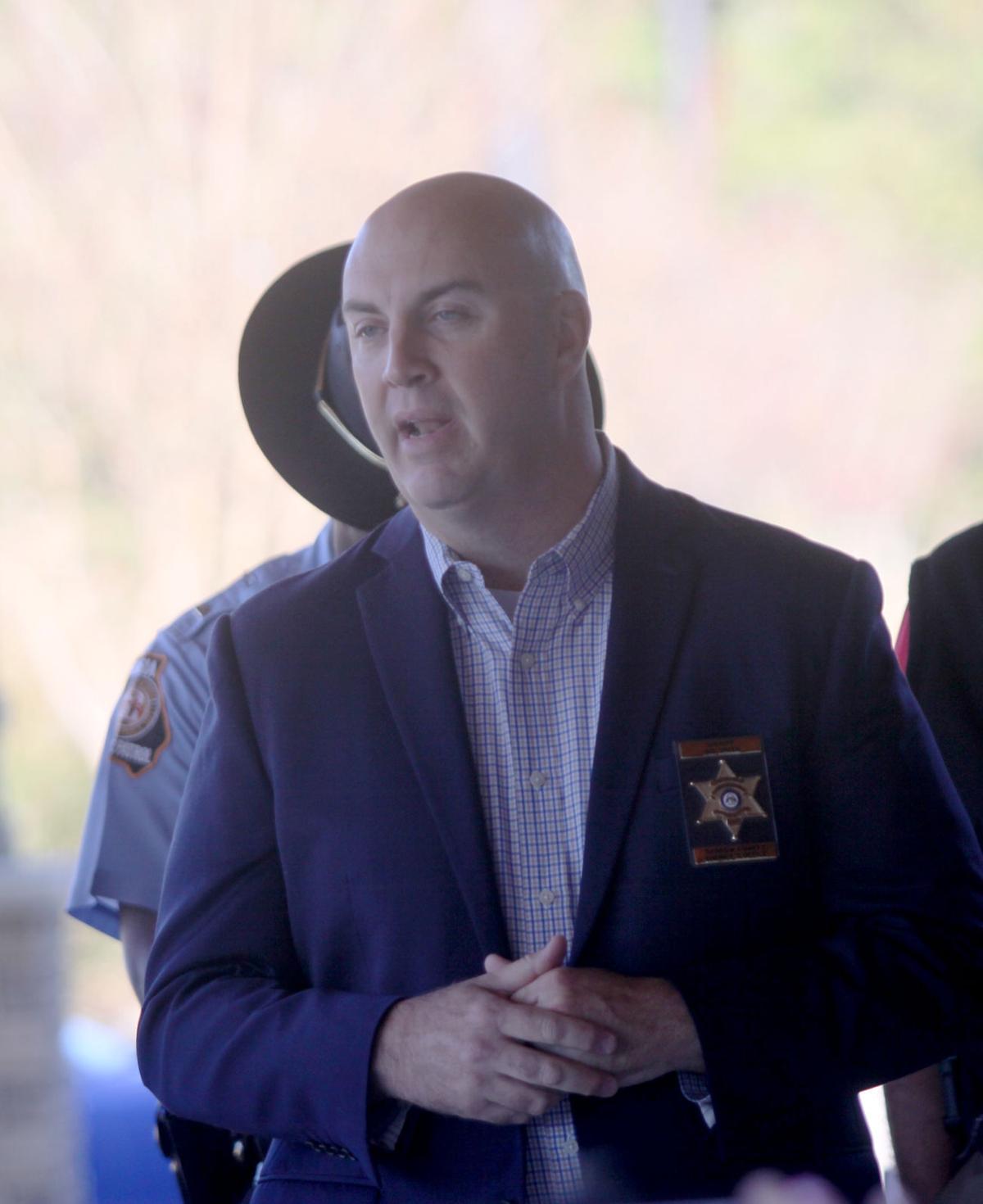 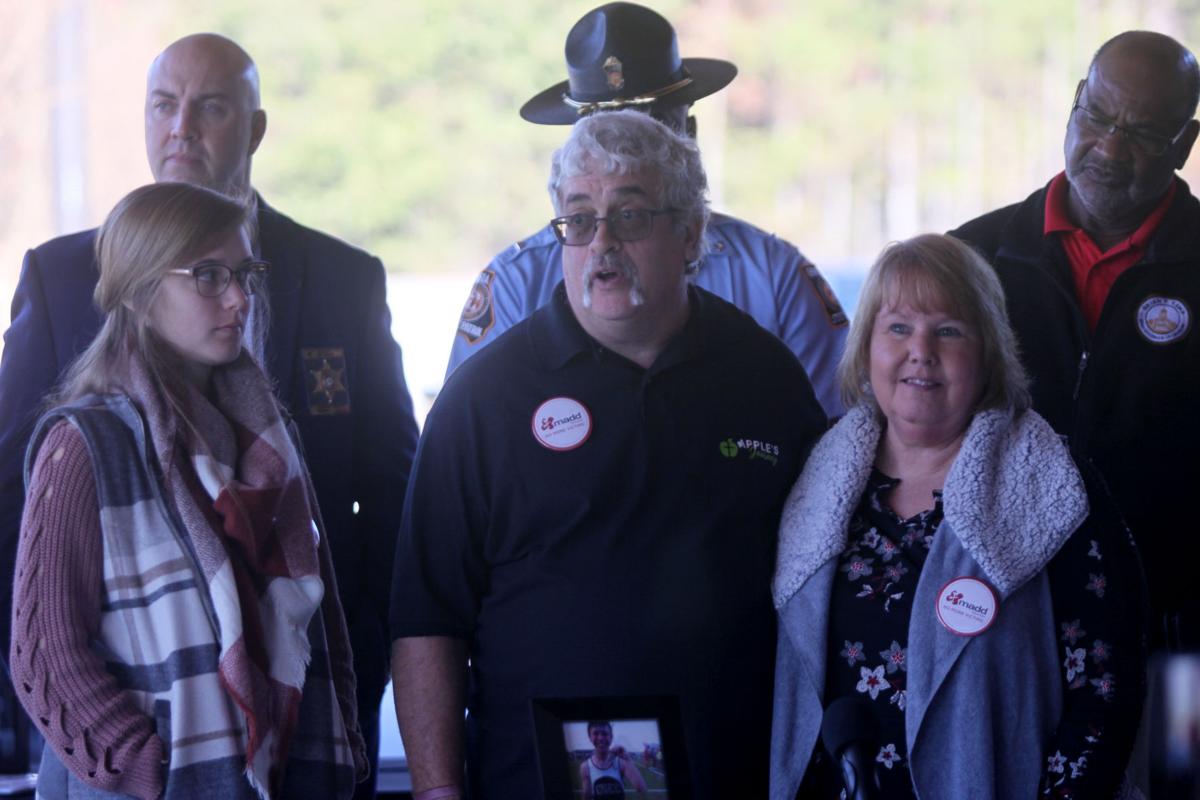 Alfred Hawkins talks Saturday about his son, 21-year-old Anthony Hawkins, who was killed in Barrow County by a drunk driver Sept. 10, 2016. 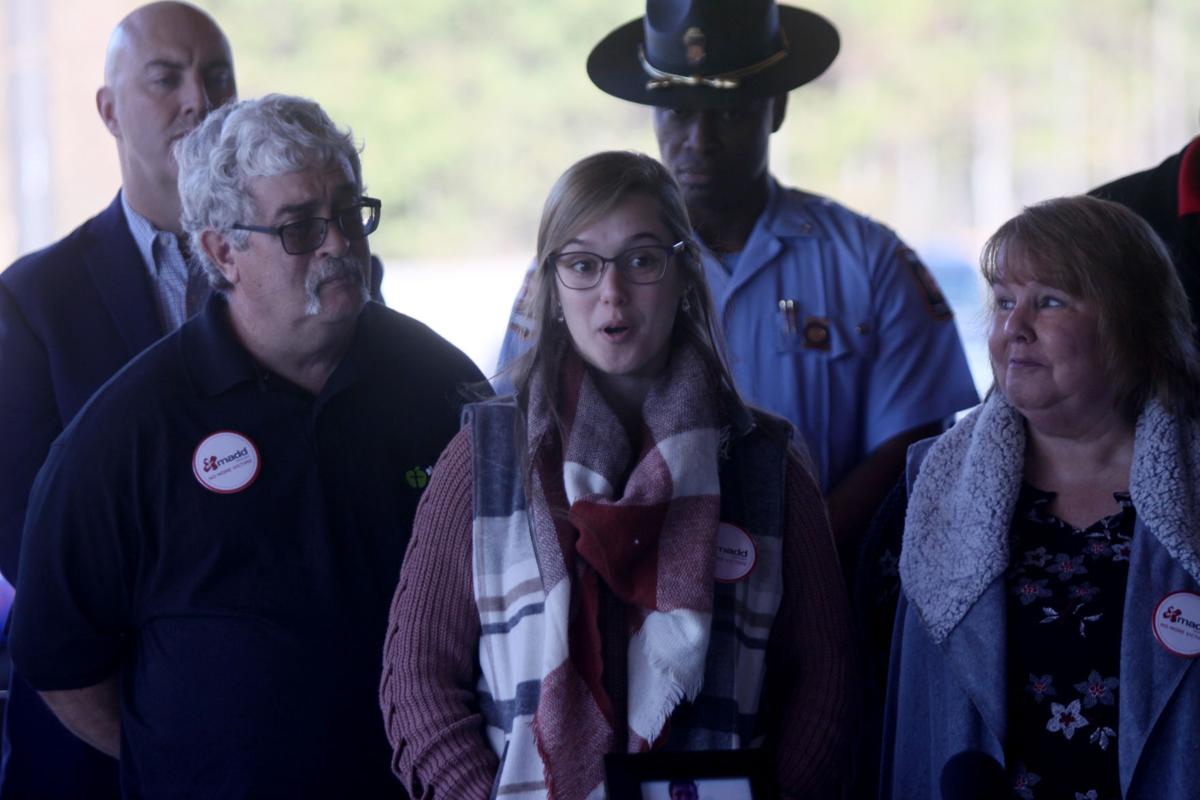 Debby Hawkins speaks about her son Anthony, 21, who was killed by a drunk driver Sept. 10, 2016 on State Route 316 in Barrow County. The Hawkins family was the featured family Saturday, Nov. 21, during a kickoff briefing by Mothers Against Drunk Drivers Georgia for the nonprofit's annual "Tie One On for Safety" holiday-season public awareness campaign. The briefing was held at Bethlehem Church.

Alfred Hawkins talks Saturday about his son, 21-year-old Anthony Hawkins, who was killed in Barrow County by a drunk driver Sept. 10, 2016.

Debby and Alfred Hawkins will never forget the late night in September 2016 when Barrow County Sheriff Jud Smith and other deputies came into their living room in Bethlehem to deliver the worst news imaginable.

Their son, 21-year-old Anthony Hawkins, had been killed by a drunk driver in a head-on collision on State Route 316. The impaired driver, who was driving on the wrong side of the highway, also lost her life in the crash.

In the years since, the Hawkins and their daughter, Alida Reiner, have found purpose in their grief, starting an annual 5K race and scholarship in memory of Anthony, a 2013 graduate of Apalachee High School, where he ran cross country, but also becoming involved with Mothers Against Drunk Driving (MADD) and sharing their story publicly so that other families out there in the future may not have to go through the same pain and agony.

“It’s not the most fun thing to do, trust me,” Alfred Hawkins said. “But it’s important to us.”

The Hawkins were the featured family Saturday, Nov. 21, as MADD Georgia held a briefing at Bethlehem Church to kick off the national nonprofit’s annual “Tie One On for Safety” public awareness campaign. Started in 1986 and held every year during the holiday season from Nov. 1 through Dec. 31, the campaign encourages people to display a red ribbon on their vehicles or at another visible location to remind people to always designate a non-drinking driver during holiday travel, parties and family gatherings.

“We want to make sure everyone is celebrating safely,” MADD Georgia executive director Denise Blake said. “MADD is not a prohibitionist organization, but we do insist that only adults of and over the legal age drink and make sure they’re doing so safely. We want everyone to be safe, make great choices and certainly don’t drive while impaired.”

Along with MADD representatives and the Hawkins family, state and local law enforcement officials also gave remarks urging people not to drink and drive and called on everyone to join the efforts to sharply reduce the number of drunk-driving-related deaths (more than 10,000 in Georgia in 2018 with a significant percentage during the holidays).

“Unfortunately, we are joined by too many people here (Saturday) who will spend this holiday season without a loved one,” said Allen Poole, director of the Georgia Governor’s Office of Highway Safety and a retired state trooper. “We all think it could never happen to us, but it could happen to any of us here today.”

The Hawkins are one of many families for whom the holidays have never been the same since that horrific night four years ago.

“The best thing is he didn’t suffer. That’s the best thing I could get out of it as a mom, is that there was no pain involved for him — although sometimes I get a little anxious about that,” Debby Hawkins said of the drunk-driving crash that killed her son. On Saturday, she remembered Anthony as “an amazing child” who always supported and encouraged others and, ironically, was frequently the designated driver for his friends while he was in college and when he was working at home.

“That’s the type of person we lost,” she said. “That’s the type of person who was taken away from us because of a selfish act, because of someone who wouldn’t stop drinking. He was always there for a hug and a smile. We miss him terribly. We’re thankful we’ve been able to keep his memory alive. Those are things that help us, but it’s not the same as having him here.”

“Be smart and be aware of the selections and decisions you make,” Alfred Hawkins added. “There’s no need for another father to miss his son, another mother to miss her son, or a sister to miss her brother. It’s on each and every one of us to be that responsible person. There’s too many avenues to go down to find a ride. Take the extra effort.”

“All drunk-driving deaths are completely and totally preventable. All it takes is for everyone to do their part and not get behind the wheel of a vehicle while drinking,” Poole said. “Unfortunately, there are people who will continue to test their luck. Let me just say, this holiday season, your luck could run out. If you are found behind the wheel of a vehicle and found to be above the legal limit (.08 blood alcohol concentration level), don’t ask for a warning or a break — because you’re not getting one. We prefer not to have to arrest people for drunk driving, and anyone can make that happen by simply doing the smart thing and passing the keys to a sober driver.”

“If you want to drive impaired here in Barrow County and we catch you, we have room for you in the Barrow County jail,” Sheriff Jud Smith added. “We want to wish everybody a safe Thanksgiving and Christmas, but we want everybody to be safe beyond that.”

For more information about the MADD campaign, go to www.madd.org/toofs.