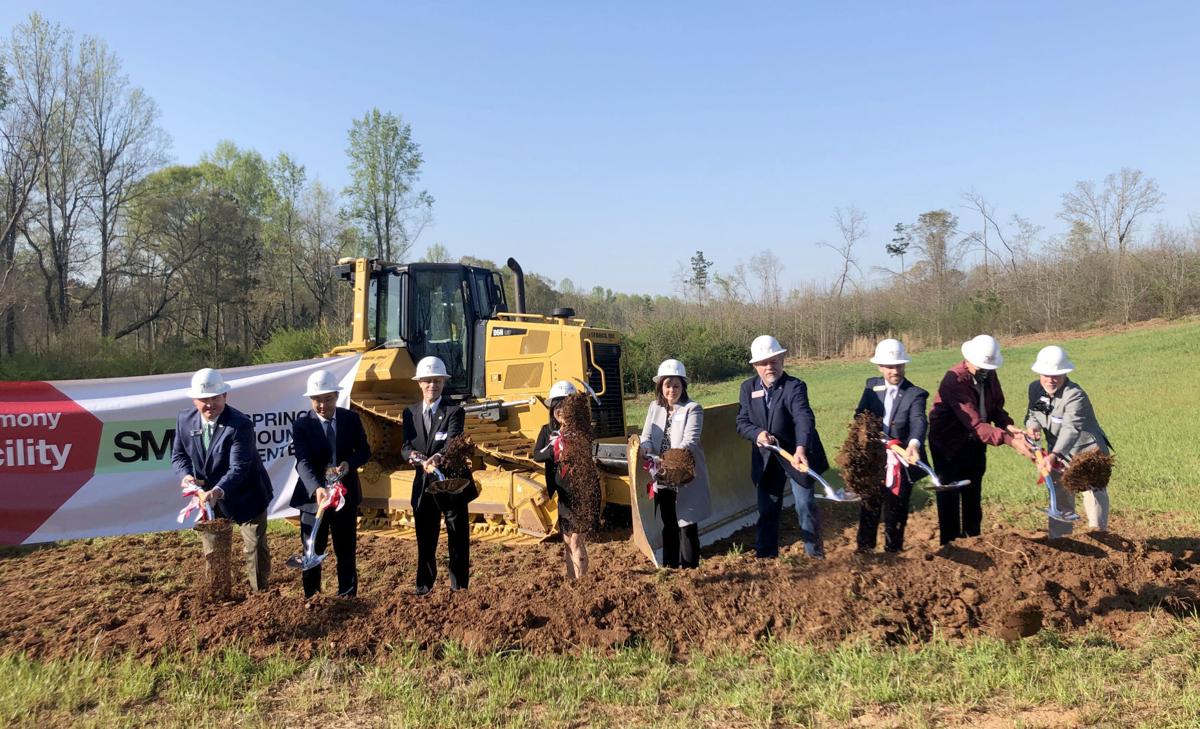 A groundbreaking ceremony was held Tuesday, April 6, at the site of the future Spring Mountain Center manufacturing and distribution headquarters at Park 53 in Winder. The home products manufacturer plans to invest $45 million in opening the headquarters over three phases and expects to hire more than 200 people over the next five years. 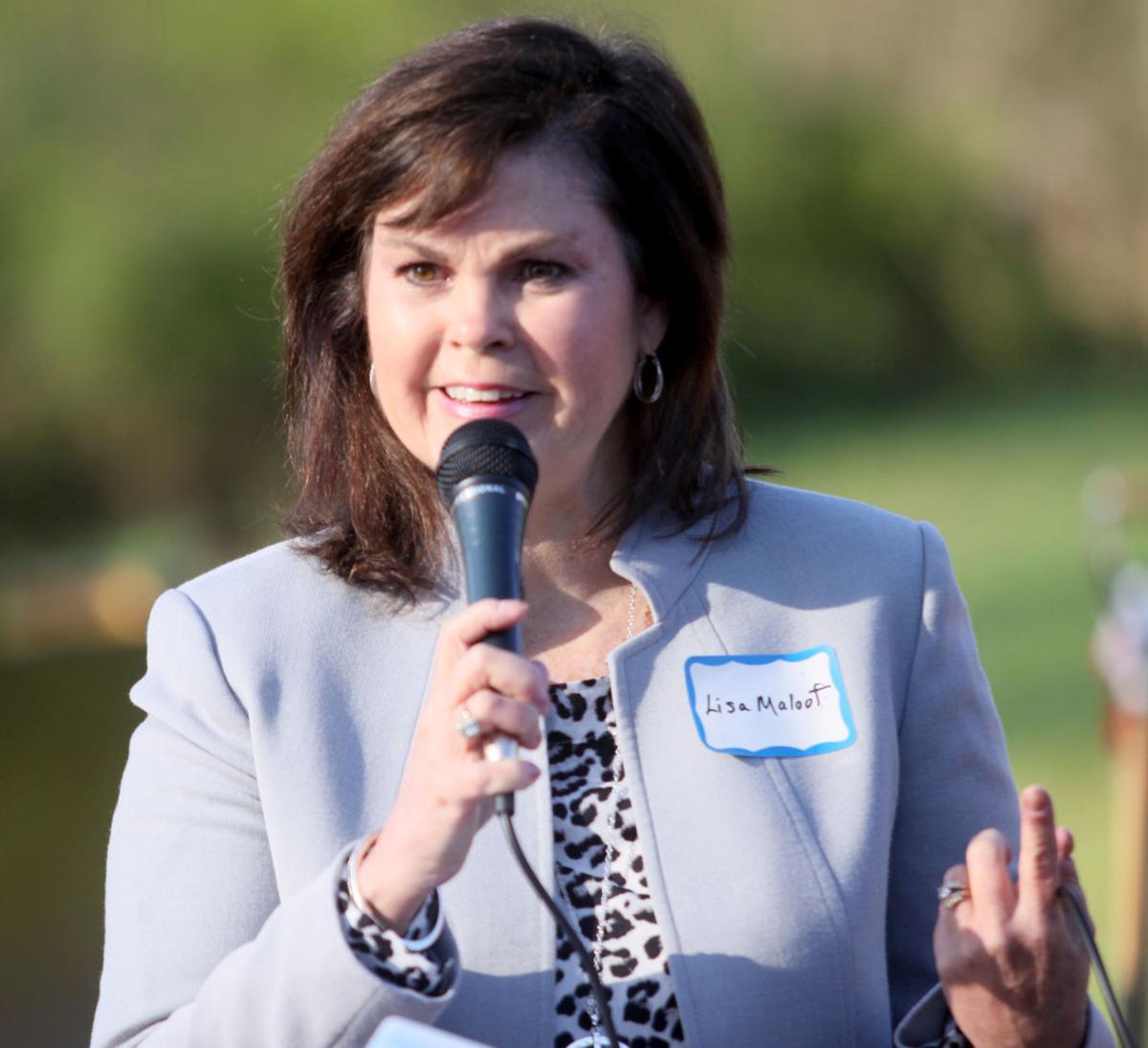 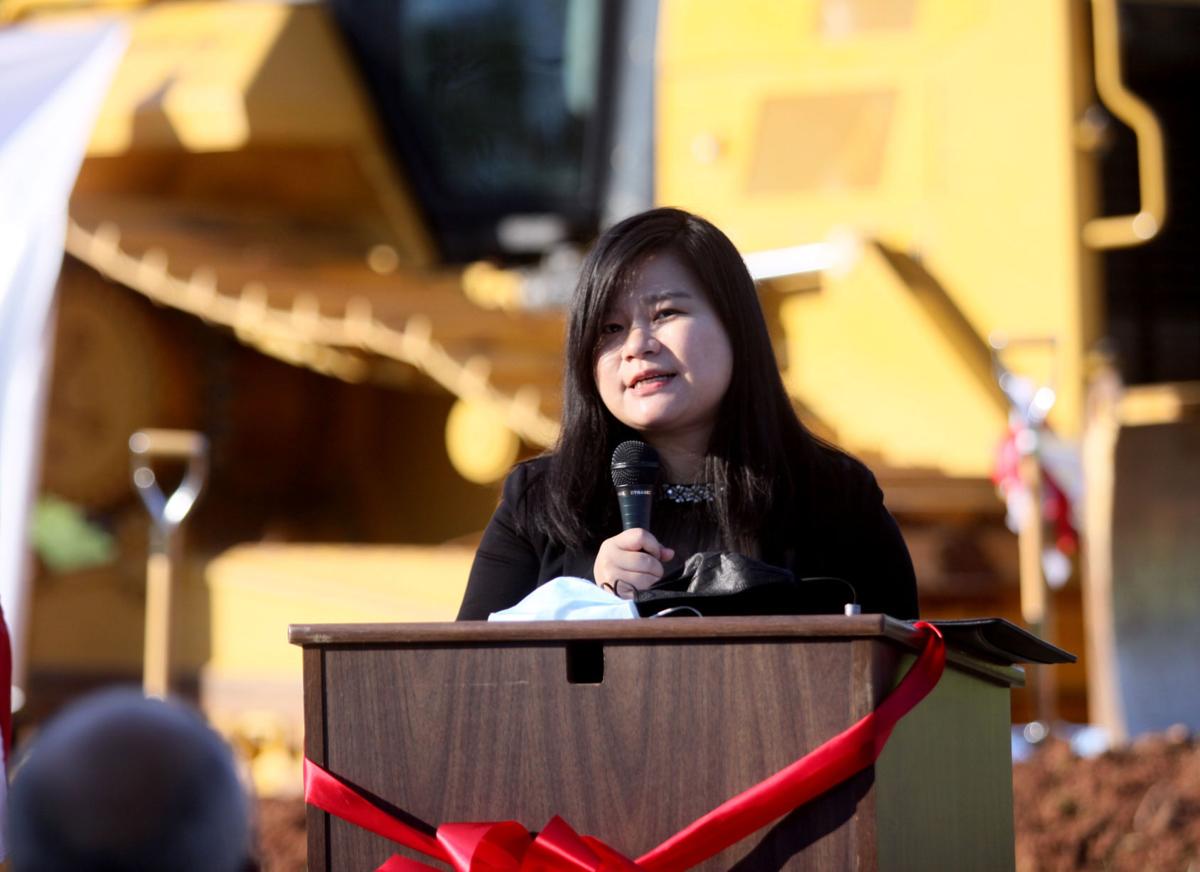 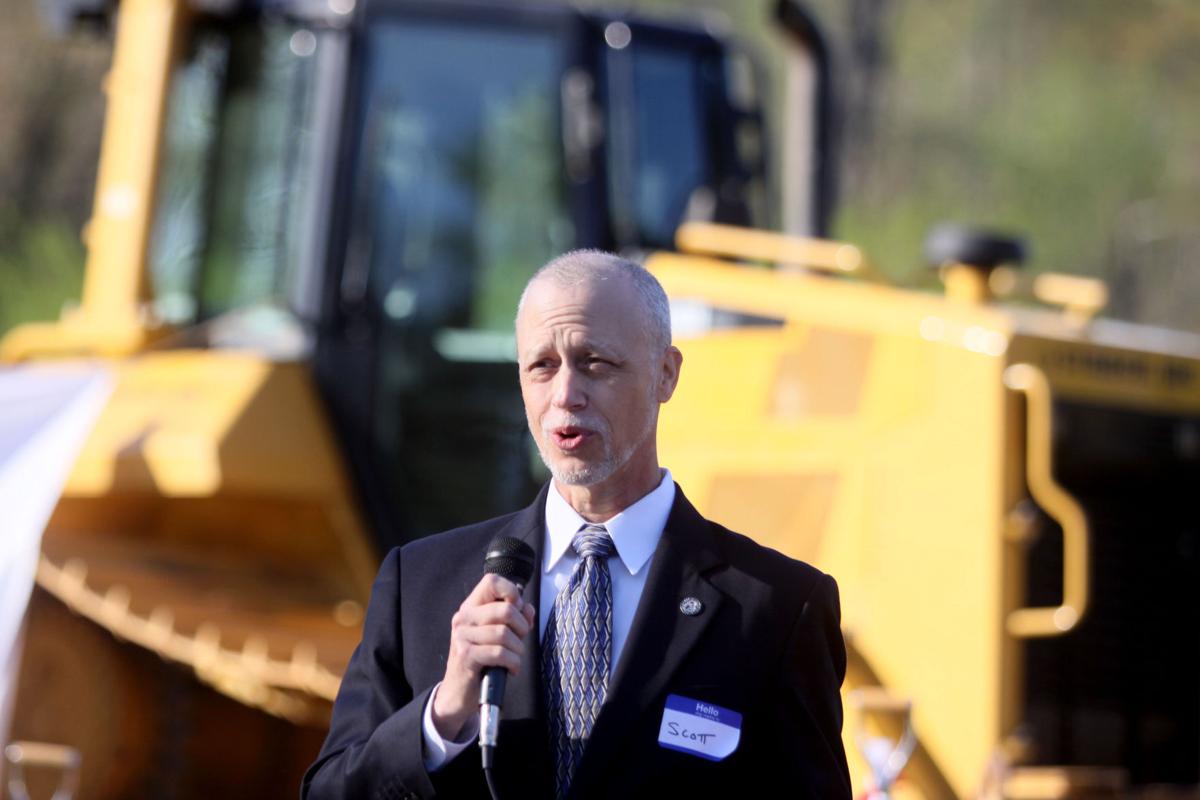 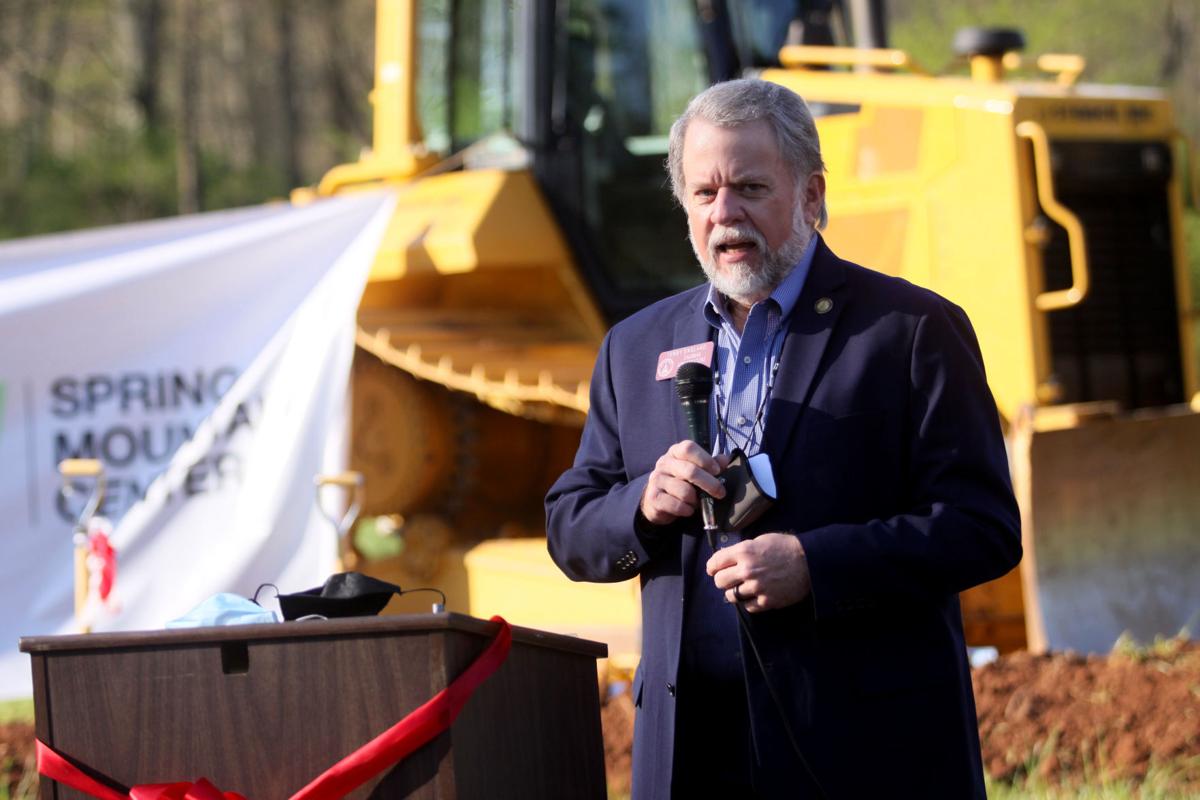 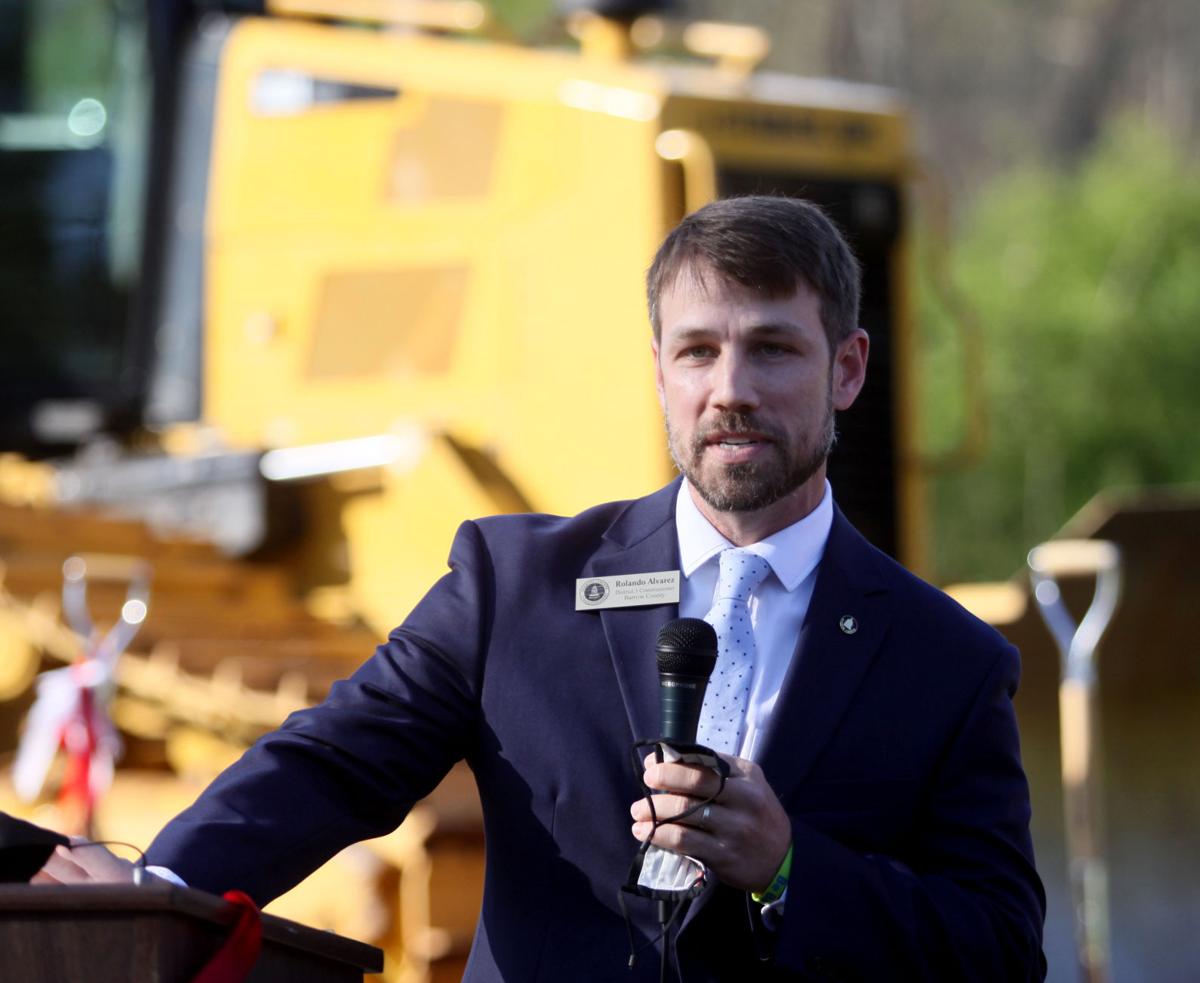 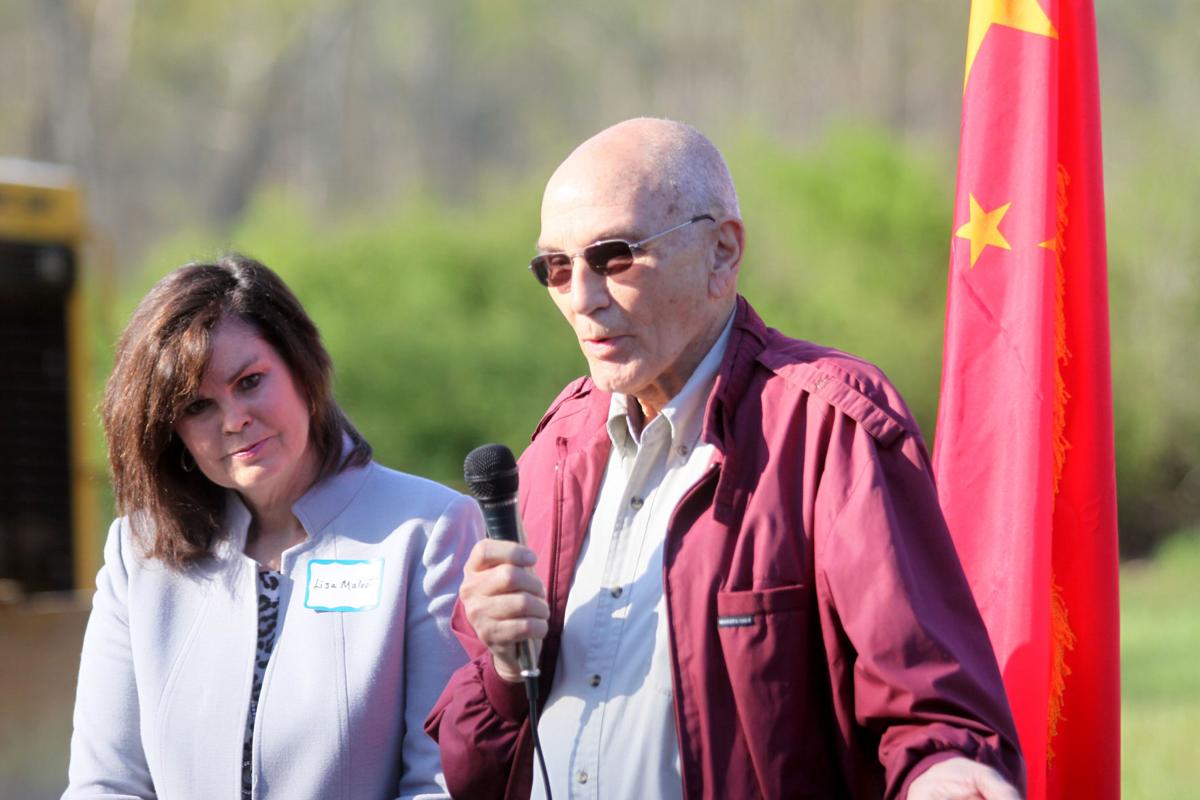 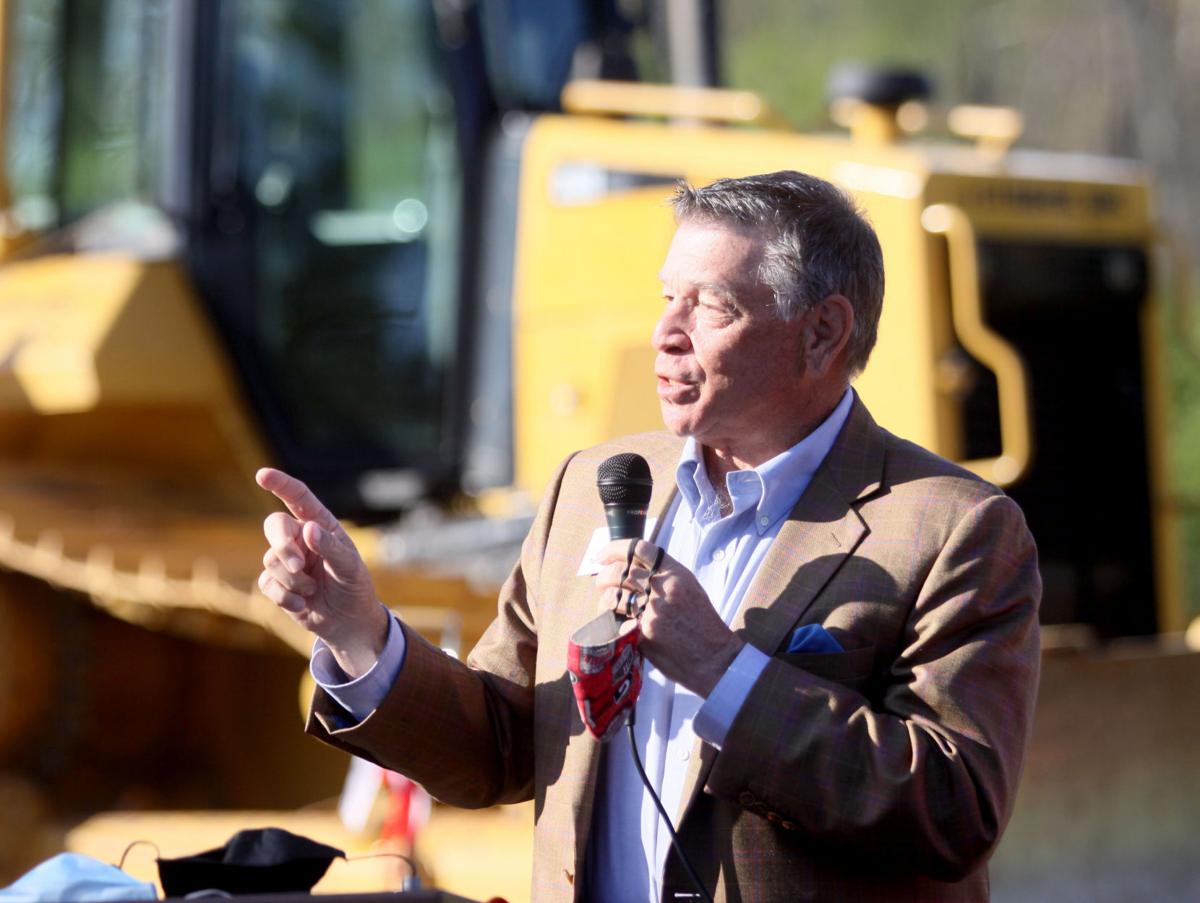 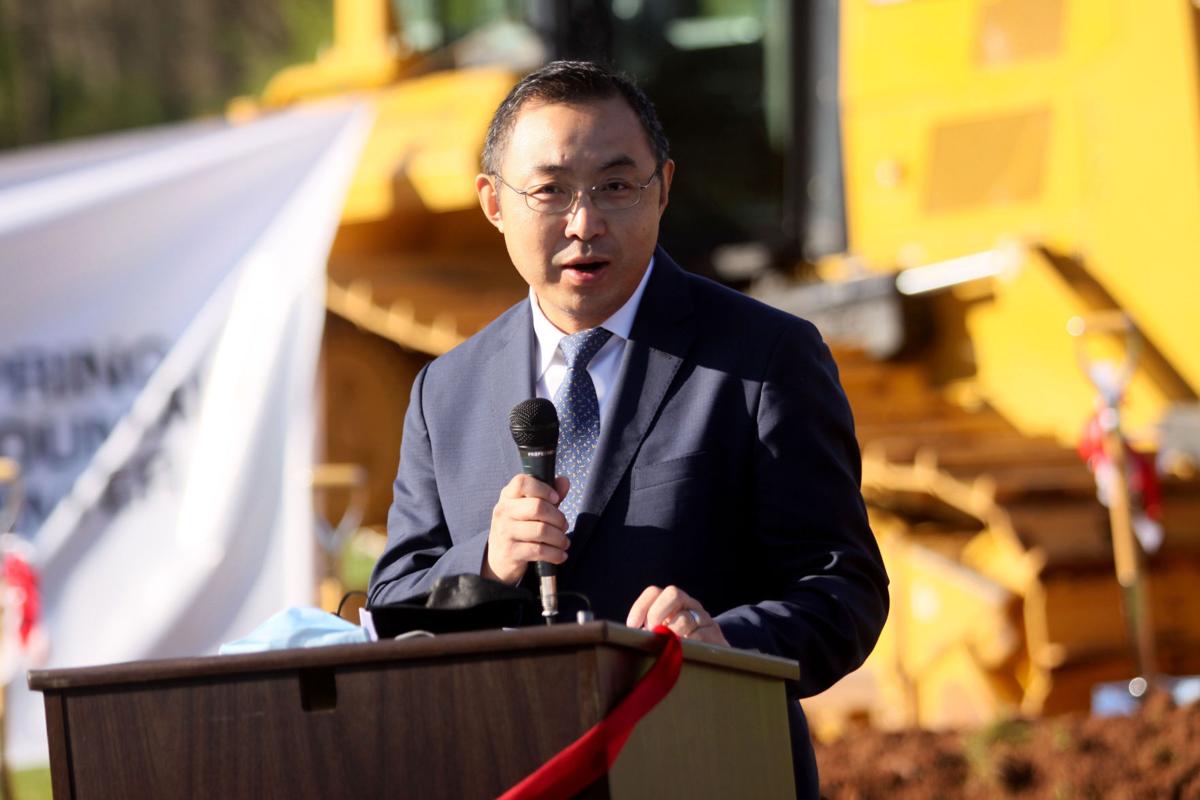 A groundbreaking ceremony was held Tuesday, April 6, at the site of the future Spring Mountain Center manufacturing and distribution headquarters at Park 53 in Winder. The home products manufacturer plans to invest $45 million in opening the headquarters over three phases and expects to hire more than 200 people over the next five years.

Hailing it as a momentous day for the future of business in Barrow County, local and state government and economic development officials, along with company representatives, held a groundbreaking ceremony Tuesday morning, April 6, for global home products manufacturer Spring Mountain Center’s future headquarters at Park 53 in Winder.

“Over the past year, we’ve been looking for a location we could call home, and we’ve found that home,” Spring Mountain Center CEO Jie Xiang said. “This will help lay a foundation to serve the next generation of customers and jobs here, both of which are vital to the health of the community, and this will lay the groundwork for other businesses to build on this infrastructure.”

Tuesday’s groundbreaking came after Georgia Gov. Brian Kemp and other state officials announced in January that SMC, an affiliate of another Chinese company, had chosen Barrow County for its new manufacturing and distribution headquarters. The company, which will become the first tenant at the county’s industrial park at the intersection of highways 53 and 316, plans to invest $45 million and build its headquarters in three phases, eventually totaling 1.4 million square feet. The company expects to hire a little over 200 employees over the next five years, with roughly half of those set to be employed when the first phase of 275,000 square feet opens by late 2022.

“We’re excited that they’re here. We’re excited that the folks who live in Barrow County will have an opportunity to join such a company,” Barrow County Chamber of Commerce president Tommy Jennings said. “The people who live here and will work here will be an asset (to the company). Shrinking the supply chain is an important part of business, and Spring Mountain Center has shown that foresight in bringing their manufacturing and distribution here. …We know that Barrow County won’t be successful if they’re not, so we will do everything we can to ensure that prosperity.”

“The opportunities (the company will) bring to our citizens will be immeasurable, but I know it will have a lasting impact on the community,” state Rep. Terry England (R-Auburn) added.

County officials, led by director of economic development Lisa Maloof, with the assistance of members of the state’s economic development department, had been in talks with Spring Mountain Center since December 2019 prior to the announcement, and the county included several economic incentives in exchange from commitments from the company. Under a memorandum of understanding between the county, company and the Winder-Barrow Industrial Building Authority, the IBA will pay 50 percent of the county's standard development fee and issue up to $15 million in bonds for Phase 1, whereby the IBA will own the property and lease it back to the company. The company will also have a five-year tax abatement for each phase. The deal also includes a "clawback" provision, meaning that if the company does not follow through on at least 80 percent of its commitments (investment level, job creation and minimum guaranteed wage amount), it will have to pay back those tax breaks and fee waivers in full.

The groundbreaking was another welcome milestone for county officials who have ramped up their efforts in recent years to attract businesses to the industrial park, which has sat vacant for more than a decade since the county purchased the property and serviced millions of dollars in debt on it.

“This is a great day for me, personally,” said county commissioner Bill Brown, who was on the board of commissioners when the purchase was approved. “A lot of people ask why local governments do certain things, and I certainly got a lot of those questions. But now the vision is starting to come to fruition, and I’m thankful for everyone involved.”

Officials also sounded a confident note that more companies will follow Spring Mountain Center to the business park. Maloof said earlier this year the county was in the running on two other projects. And Scott McMurray, deputy commissioner for the Georgia Department of Economic Development, said the park’s close proximity to Lanier Technical College and Sims Academy and ability to train an ample workforce, along with its proximity to State Route 316, makes the arrival of additional companies inevitable as commercial development continues to increase along the highway between Atlanta and Athens.

“This is going to be a very vibrant and dynamic center of commerce,” McMurray said.