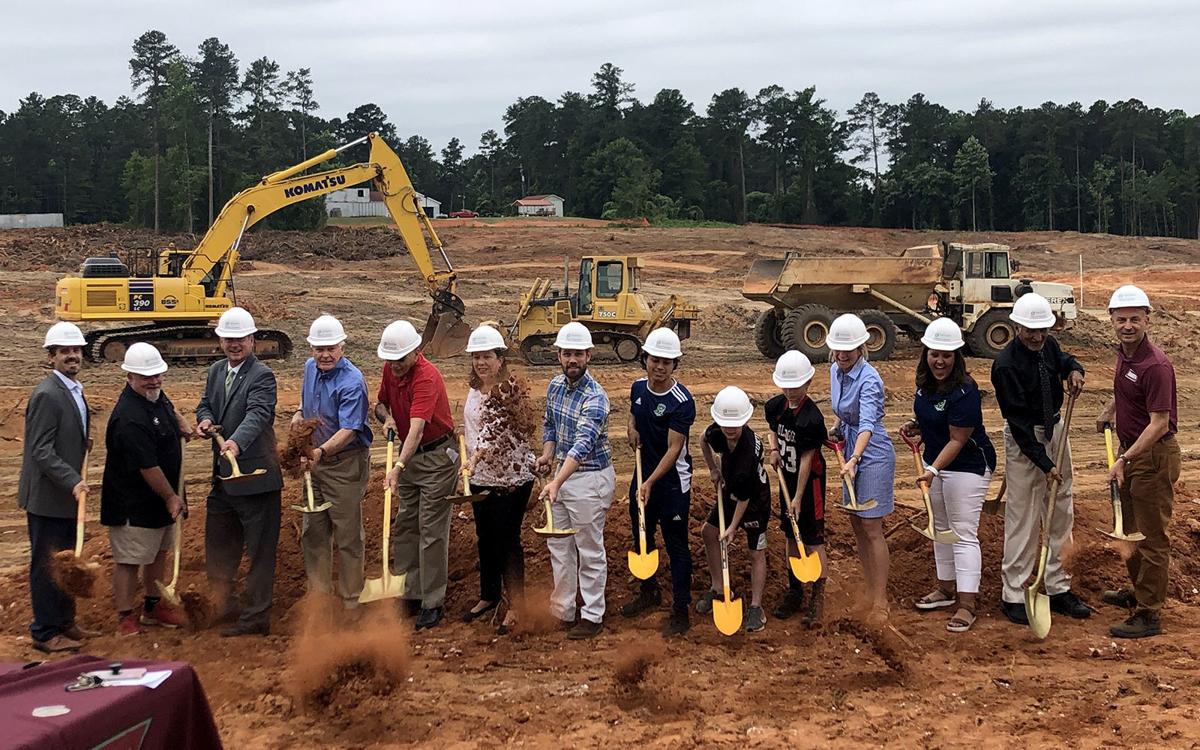 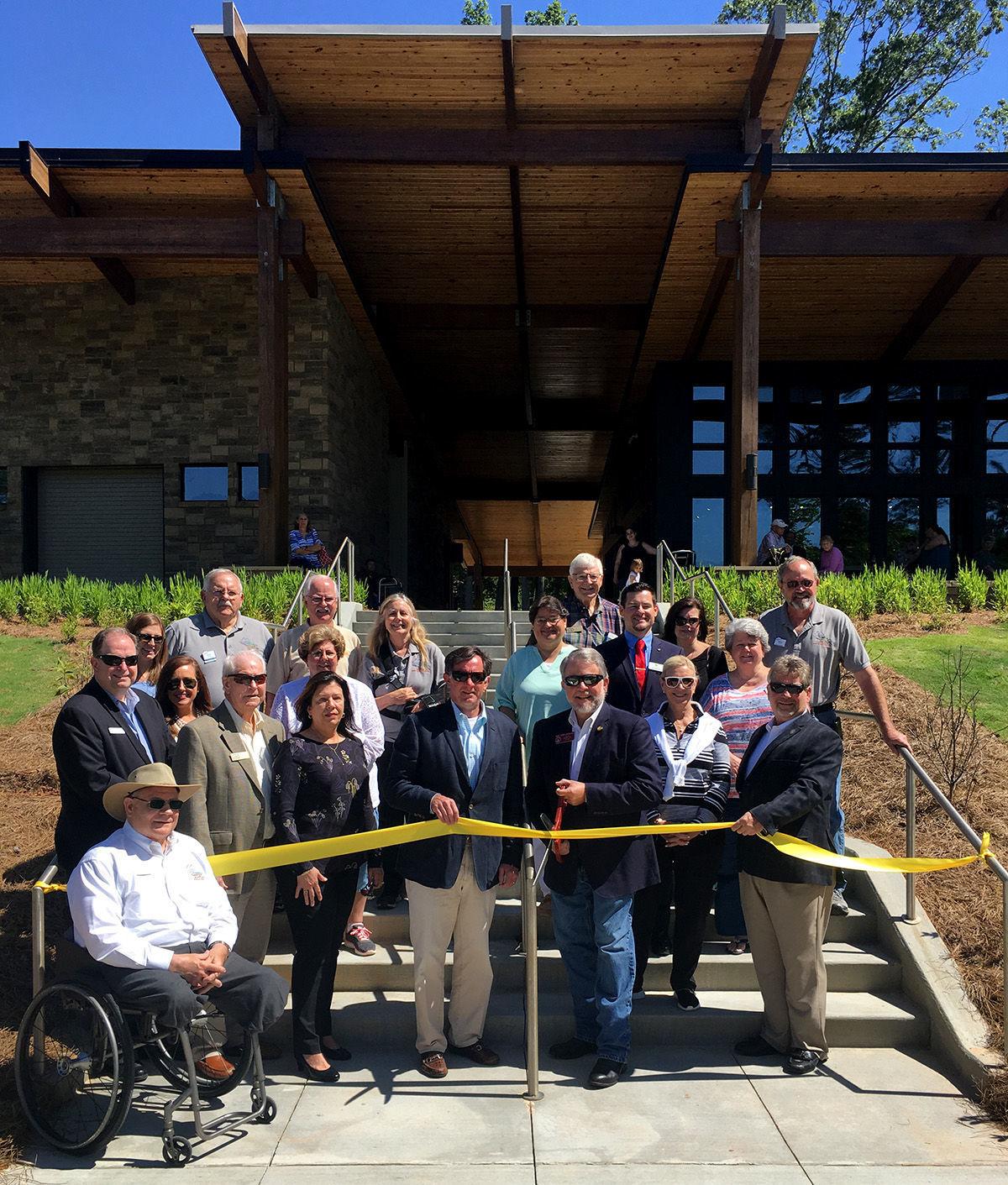 A ribbon-cutting ceremony was held in May for the new visitors' center at Fort Yargo State Park.

A ribbon-cutting ceremony was held in May for the new visitors' center at Fort Yargo State Park.

Here are the top 10 local news stories in Barrow County from 2019.

After a handful of mediation sessions, Barrow County and the City of Winder still could not resolve two outstanding service-delivery issues, leaving the county and its municipalities without an updated service-delivery strategy agreement more than a year after an update was due.

Elected representatives and other officials representing the county and each municipality in the county met in a court-ordered private session for more than six hours Nov. 5 at the Georgia Club in Statham to discuss the issues of water utility service and county road maintenance but did not come away with an agreement.

The case was sent back to retired Chief Judge David Sweat of the Western Judicial Circuit in Athens-Clarke and Oconee counties, who was assigned to the case in Barrow County Superior Court. It was unclear whether Sweat would order the parties to talk again or make a ruling on the issues, or when the case would go back in front of him.

On March 22, the Barrow County Board of Commissioners approved a three-year contract between the county and Northeast Georgia Health System for Barrow County Emergency Services to station a fully-staffed ambulance at Northeast Georgia Medical Center Barrow to cover the existing emergency response zones within the Winder city limits.

The agreement brought to an apparent end a years-long dispute between the county and city over EMS service and response times.

The city had sought to have the emergency response zones inside the city opened so it could operate its own service through a private company, but the Region 10 EMS Council shot that request down in November 2018. In January 2019, interim Georgia Public Health Commissioner Patrick O’Neal overruled the regional council and directed it to open up all zones inside Barrow County to proposals from interested providers. But then, in a Feb. 22 letter, O’Neal rescinded that decision and allowed the regional council vote to stand.

The new unit went into operation in July.

On Nov. 5, Joe Piper was elected the new mayor of Statham, defeating former city councilman Eddie Jackson and Rudy Krause in the race to replace outgoing Mayor Robert Bridges, who had announced his retirement earlier in the year.

Piper’s election was part of several changes to the government in Statham, which started the process of transitioning from a strong-mayor to a weak-mayor form of government.

The city council will also have two new faces in 2020. Gary Venable was elected to the council, while Tammy Crawley won a special election to fill the seat Jackson vacated in order to run for mayor.

The city also saw its police chief, Allan Johnston, resign Dec. 1. The criticism of Johnston became near-constant after a series of arrests by then-officer Marc Lofton in 2015 and 2016. Statham faced, and still faces, multiple federal lawsuits over those arrests, most of which involved driving under the influence-less safe charges.

On Nov. 5, two new members were elected to the Winder City Council.

Kilgore and Sheats will become the second and third women to serve on the council, following Beth Caldwell.

Incumbent councilman Travis Singley was re-elected in Ward 4, fending off a challenge from Holt Persinger.

The Barrow County Board of Commissioners elected a new member in March as Rolando Alvarez won a special election to fill the District 3 seat left vacant by Roger Wehunt, who had resigned in October 2018 due to health reasons.

Alvarez had served on the Barrow County Board of Education in an at-large seat prior to running for the BOC. The school board appointed Jordan Raper to be his replacement.

A groundbreaking ceremony was held in June for the voter-approved Victor Lord Park expansion project at the corner of Second Street and Highway 11 in Winder.

The roughly $8.3 million project will add three multi-purpose athletic fields (one synthetic turf, two natural grass), an eight-court tennis complex, press box/concession building, restrooms and other amenities to the park. The facilities are expected to open in spring 2020.

Recreation advocates have long sought the facilities in Barrow County that they say will attract tournaments and events that will be a boon to the local economy.

The project was the cornerstone of a 1-cent SPLOST renewal project approved overwhelmingly by voters in 2017. Nearly $3 million in overruns from the initial estimated price tag of $7.36 million caused county leaders to scale the project back some.

The board of commissioners voted in 2018 to transfer $1.3 million from its reserves to the Barrow County School System to complete the turf installation at the two high schools (part of the original master plan budget), and the county will have access to those fields for games and events through a joint-use agreement. The remaining amenities that were part of the original master plan are planned for completion in later years.

In March, commissioners voted 4-3 to approve $500,000 in additional funding for the expansion, money that county manager Mike Renshaw said would go to cover the bulk of design and project management costs while allowing for more upgrades.

On Oct. 22, the Barrow County Board of Commissioners approved Lawrenceville-based Corridor Development’s request to rezone 86.8 acres at 627 Hwy. 211 NW to allow for the construction of up to 247 single-family homes. The approval marked the next step toward the building of the first large-scale residential development in Barrow County since prior to the Great Recession.

Corridor’s plans had gone through several iterations and the version approved was scaled back from an original one that called for 182 single-family homes and 128 single-family townhomes.

Corridor representatives have long contended a residential development at the site, just to the north of where the future West Winder Bypass will terminate at Highway 211, would be compatible with other current and future development in that area.

Hamilton was convicted Oct. 5, 2018 on a charge of felony murder and three counts of aggravated assault in the death of Brandon Lay, 32, of Statham. On Oct. 25, 2018, Motes imposed a mandatory life sentence, but then immediately reversed the conviction on the grounds that he had erred in his instructions to the jury and that he did not believe the evidence presented during the week-long trial supported a conviction, saying a new trial would be “consistent with the principles of equity and justice.”

In the Supreme Court ruling, Justice Sarah Warren quoted state statutes that “Even when the evidence is legally sufficient to sustain a conviction, a trial judge may grant a new trial if the verdict of the jury is ‘contrary to…the principles of justice and equity,’ or if the verdict is ‘decidedly and strongly against the weight of the evidence.’”

In March, Barrow County School System officials broke ground on the district’s third high school on Austin Road in Winder, next to Sims Academy of Innovation and Technology.

The high school, which was formally named Barrow Arts and Sciences Academy later in the year, will be an arts and sciences magnet school and will offer most athletics with the exception of football and basketball.

It is scheduled to open in August 2020. Dale Simpson will be the principal.

In May, local and state officials held a ribbon-cutting ceremony for the new and larger visitors’ center at Fort Yargo State Park in Winder.

The project included about $4.2 million in state funding — from bonds and park receipts — plus additional private funding. It was designed by Stevens & Wilkerson GA, Inc. and contracted by Bayne Development Group, LLC.

The new center, located about a half mile south from the original center, spans more than 5,000 square feet. It was completed in April and sits across the lake from the historic fort. It includes an expanded gift shop, concession area, bike rental space, public locker and a reception room for conferences, weddings and other events, along with an elevated community fire pit by the lake.