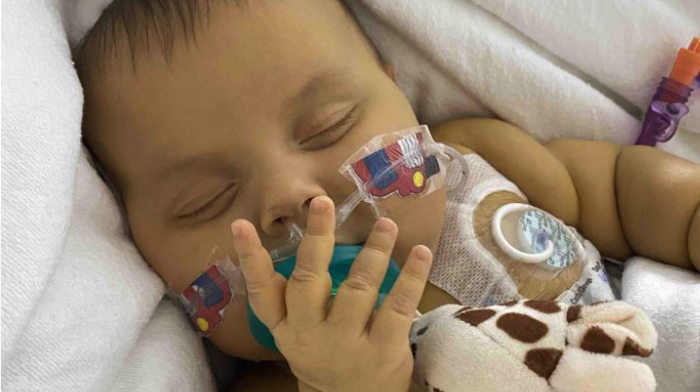 Four-month old Wyatt Patterson from Winder is living in a newborn intensive-care unit at a children's hospital in Miami, where he is awaiting a rare five-organ transplant in order to save his life. 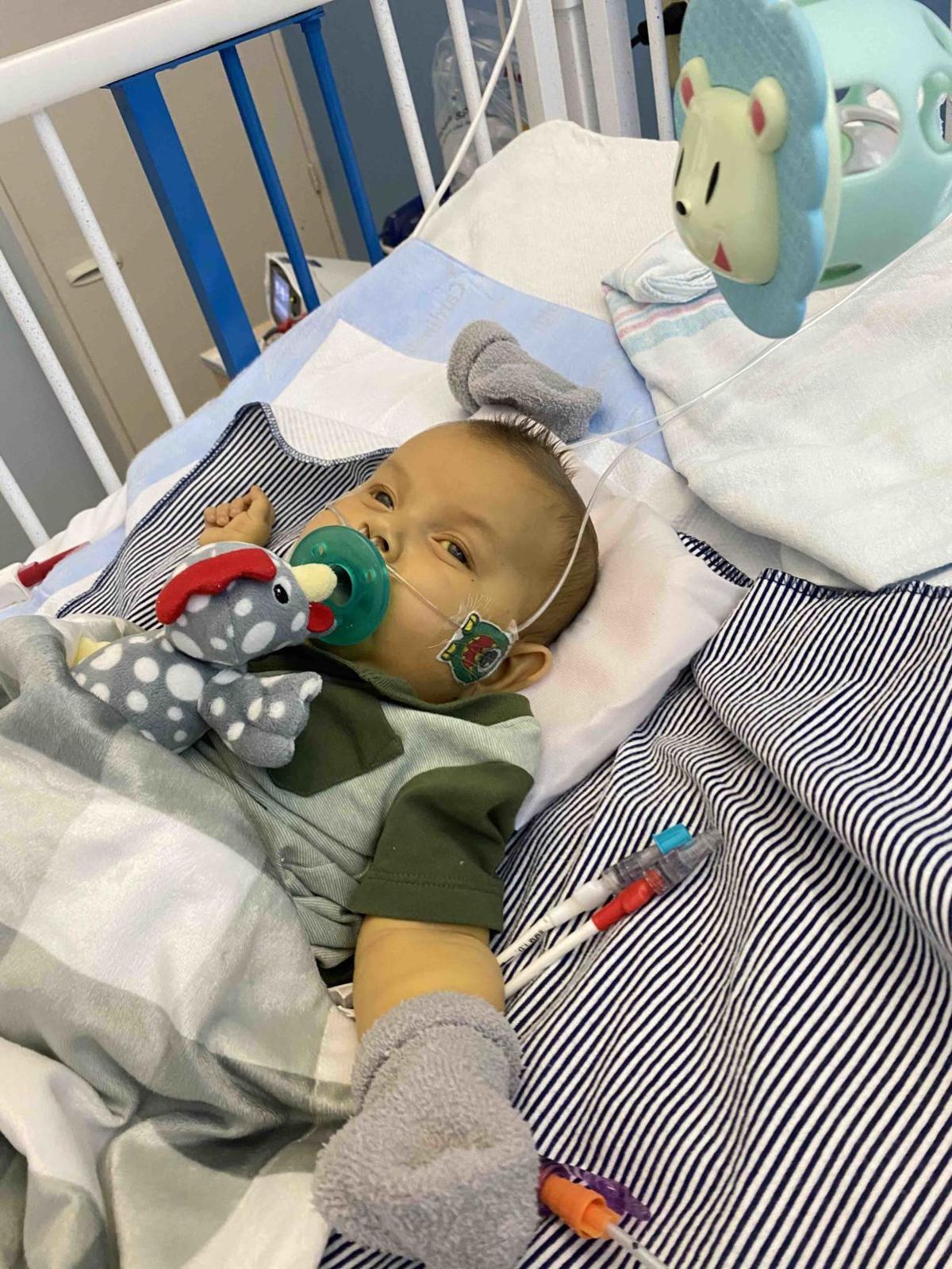 Patterson is pictured earlier this month in his. NICU bed in Miami. More than 100 donors have combined to donate over $10,000 to help the family with medical expenses.

Four-month old Wyatt Patterson from Winder is living in a newborn intensive-care unit at a children's hospital in Miami, where he is awaiting a rare five-organ transplant in order to save his life.

Patterson is pictured earlier this month in his. NICU bed in Miami. More than 100 donors have combined to donate over $10,000 to help the family with medical expenses.

For good reason, Wyatt Patterson’s mother describes him as “the strongest little guy I’ve ever met.”

In four short months of life, during which he has undergone six major and minor surgeries and 84 blood product transfusions, the little boy from Winder has endured more than most adults do in a lifetime. And now he is need of a rare five-organ transplant in order to save his life, forcing his family to relocate for the foreseeable future to south Florida where he is undergoing treatment and awaiting his turn for the procedure.

Wyatt is currently living in a newborn intensive-care unit at Holtz Children’s Hospital in Miami, with his parents, Courtney Patterson and Tyler Jennings, by his side after making the roughly 700-mile move last month. Wyatt was born Dec. 3 with Gastrochsis, where the infant’s intestines form outside of the abdomen, and was immediately placed in an NICU unit at Children’s Healthcare of Atlanta. He lost over half of his small intestine as a result of the defect, and he has been suffering from liver failure and other health problems.

Wyatt will need a new liver, small intestine, large intestine, stomach and pancreas; otherwise, doctors have said, he may not make it to his first birthday, according to his family.

And it’s uncertain when the opportunity for a transplant will come about. While Wyatt is expected to be at the top of the waiting list, the situation is further complicated by the fact that he will need all five organs at once and that they will need to come from a baby smaller than him, his mother said.

“He’s come out of liver failure, luckily, giving us a little bit of bigger timeframe, which is amazing,” Courtney Patterson told The Barrow News-Journal last week, adding that Wyatt remains “in the best of spirits.”

“I’ve been told by countless nurses that, when you look at him, you can’t even tell he’s sick because he’s just such a good baby,” she said. “He’s a little behind on his developmental milestones, as to be expected, but he’s been catching up. He’s such a happy baby and loves to play and enjoys when he gets lots of attention.”

The family has started an online fundraiser through GoFundMe to help raise proceeds to cover treatment costs. They had received more than $10,000 from over 100 donors as of Sunday, April 25. While the family isn’t sure exactly how much they’ll have to pay out of pocket, the surgery will be “one of the most expensive ones there is,” Courtney said.

Following the transplant, the family anticipates having to live at or by the hospital for at least another six months for immunizations and rehabilitation and likely longer in the area so he can be monitored closely for signs of rejection. A hard organ transplant lasts 5-15 years, meaning Wyatt will need several more in order to live longer. Survival rates are 70 percent for one year, 50 percent for five years and 40 percent for 10 years, Courtney said.

“It’s the last possible option for our baby and if we didn’t want to give him the best chance at life possible, we wouldn’t be going down this route,” she said. “We know that by saving our child, we’re going to be giving up a majority of our normal lives and swapping it for a much harder emotional and financial path, but we love him more than anything and are willing to do absolutely everything that we possibly can for him.”

The online fundraiser can be found at https://www.gofundme.com/f/wyatts-transplant-fund.