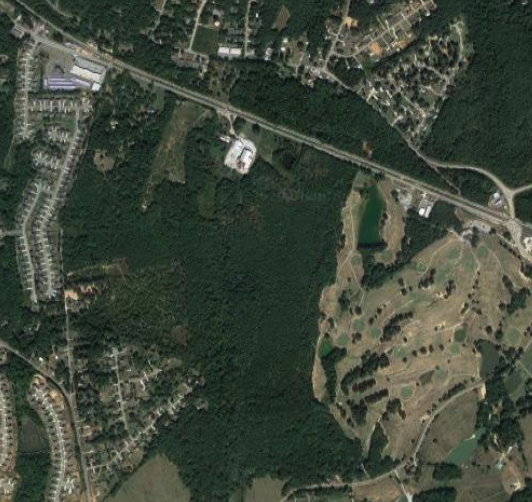 The Winder Planning Board has recommended denial of a proposed annexation into the city and rezoning that would allow for the development of a 397-lot single-family residential subdivision and roughly 43 acres of additional "light industrial" space south of Atlanta Highway between Pine Hills Golf Course and Russell Cemetery Road and the Lighthouse Estates subdivision. The request will go before the Winder City Council for a final vote next month. 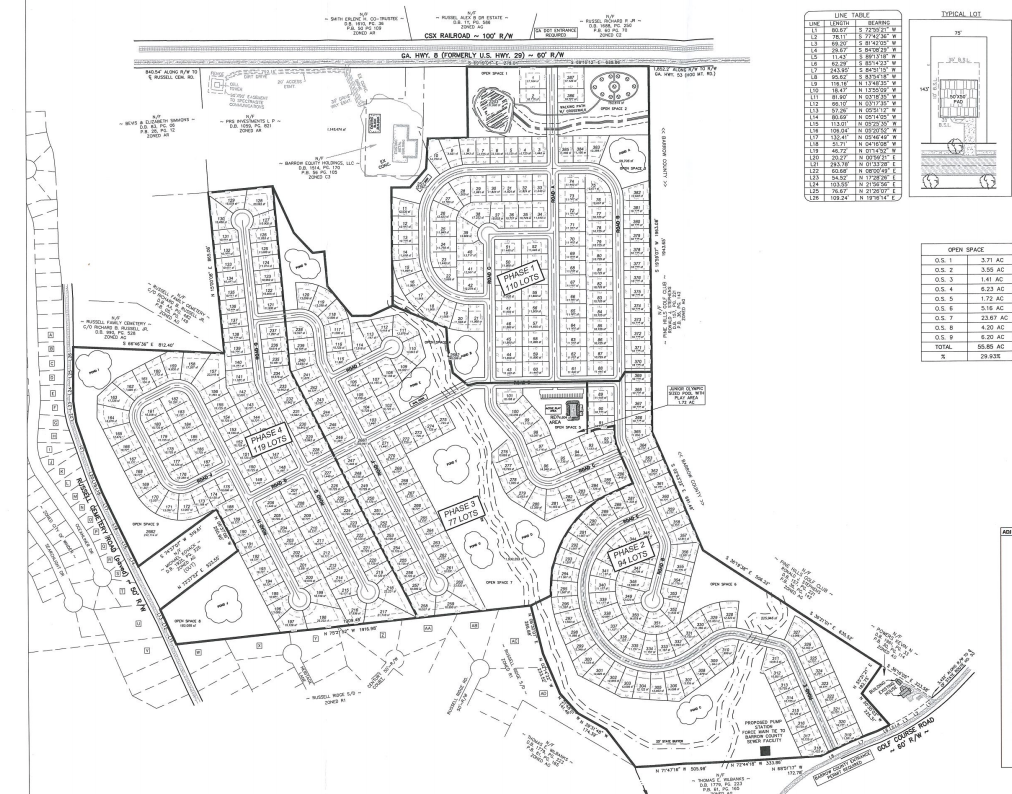 According to submitted plans, the subdivision would include four phase with the first phase slated for 110 lots bordering Atlanta Highway and Pine Hills Golf Course. 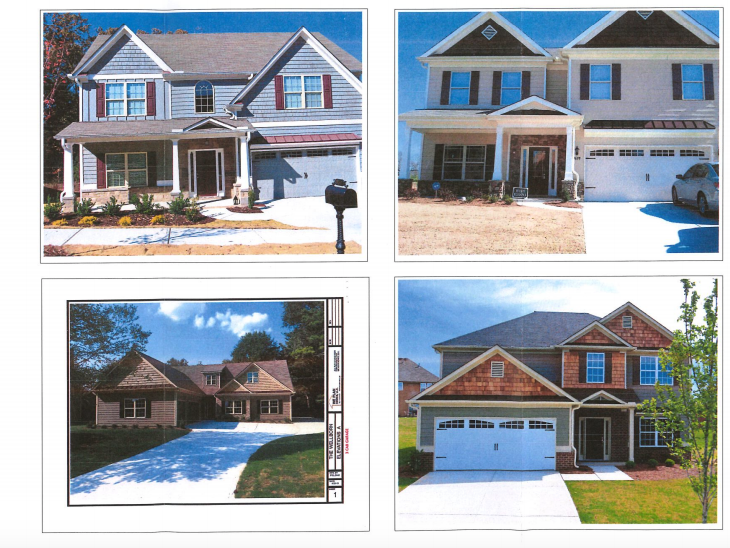 Samples of the homes were given in the developer's plans for the proposed subdivision.

The Winder Planning Board has recommended denial of a proposed annexation into the city and rezoning that would allow for the development of a 397-lot single-family residential subdivision and roughly 43 acres of additional "light industrial" space south of Atlanta Highway between Pine Hills Golf Course and Russell Cemetery Road and the Lighthouse Estates subdivision. The request will go before the Winder City Council for a final vote next month.

According to submitted plans, the subdivision would include four phase with the first phase slated for 110 lots bordering Atlanta Highway and Pine Hills Golf Course.

Samples of the homes were given in the developer's plans for the proposed subdivision.

A developer’s plans to build a large residential subdivision to the south of Atlanta Highway and west of Pine Hills Golf Course was dealt a setback Tuesday, June 16, when the majority of a Winder panel opposed annexing the land into the city.

The city’s planning board voted 4-2 to recommend denial of Sullins Engineering’s request to annex and rezone seven parcels totaling more than 200 acres between Atlanta Highway, the golf course and Russell Cemetery Road, to the east of the Lighthouse Estates subdivision. The developer has plans to use five of the parcels — totaling more than 160 acres — to build a 387-lot single-family subdivision, referred to in the plans as Fieldstream. According to the plans, the subdivision would be developed in four phases with the first phase including 110 lots bordering the highway and golf course. A swimming pool area would also be included in the development.

The other two parcels — totaling roughly 43 acres along Atlanta Highway — would be used for “light industrial” businesses, according to the plans.

The main concerns among most planning board members Tuesday — the vote on Taffy McCormick’s motion to recommend denial was 4-2 with Russell Shepley and David Brock opposed — centered around the overall size and scope of the proposed development.

The request now heads to the city council for a final decision. The council is scheduled to consider the request at a July 6 work session and vote during its July 7 voting session.

The applicants had sought the annexation into the city to allow for the development of more homes — more than three times what is currently allowed under the land’s Barrow County zoning. While actual development plans would still have to go through the city vetting and approval process, the annexation and rezoning into the city’s Single Family High Density Residential Zone would help the applicants because their number of proposed lots would fall within the allowed density in that particular zone, Matt Sullins of Sullins Engineering said.

“We want to make the city bigger and build some nice homes,” said Bruce Russell, a Clayton attorney and relative of the Russell family that owns a portion of the land around the cemetery where the late Georgia governor, U.S. senator and Winder native Richard Russell (Bruce Russell’s uncle) is buried. Roughly 32 acres that are part of the request are owned by the Dr. Alex B. Russell Estate. Jim Russell, Bruce Russell’s cousin, said he did not object to the development as long as protective fencing was put up along the family cemetery property.

The proposal received pushback from Barrow County officials at a county board of commissioners meeting June 9 over the potential impact of traffic in the area and other concerns. The city’s planning staff also recommended against the annexation and McCormick echoed those concerns in her motion.

Barrow County schools superintendent Chris McMichael also wrote a letter to the city and county saying the development would place financial burdens on the school system for educating children and would present bus transportation issues as well. In the letter, school officials projected a total of 399 children in the development at full buildout and estimated property taxes would only cover a little more than half of the projected $1.2 million to educate those children.

While Russell said the homes would be marketed at between $200,000 and $300,000, Jennifer Houston, assistant superintendent for business services and chief finance officer for the school system, said the city should be considering developments with less but larger, higher-valued homes that would boost the county’s property-tax base.

“The land in Barrow County is precious. The amount of vacant land is decreasing and the student population is increasing so every dollar will be stretched,” Houston said. “We’ve been a community of starter homes. There’s nothing wrong with starter homes but we just want to see some more “next step up” homes that seem to be being built more in surrounding counties.”

“I would submit (the price range) is good, comfortable housing. This is going to be a nice neighborhood,” Russell said, also addressing the traffic and other concerns. He added the only two entrances to the neighborhood would be off Atlanta Highway and Golf Course Road to the south and that there would not be an access off the narrow Russell Cemetery Road.

“When I developed (a nearby subdivision), there was every prediction of calamity, none of which occurred,” Russell said. “This is a high-density development and would have some impact, no doubt. But it’s better off for (neighboring properties) to have a lot of neighbors that might impact you a little bit as opposed to one or two neighbors that might come in and destroy you.”

When asked by McCormick why larger homes weren’t considered for the development, Russell said the proposed development would follow the market rate in the nearby area.

Shepley said he did not agree with all of aspects of the proposal but opposed McCormick’s motion, saying he would support granting the request with some modifications and conditions.

The vote to deny the request for the two industrial parcels, which Russell said would likely include commercial development suitable for the subdivision such as storage units, was along the same 4-2 line.

City planning director Barry Edgar said denying the rezoning for the residential development but approving the commercial parcels would create an unincorporated island, which would not be allowed under state law. That concern was among those voiced by county officials last week.