Where are all the workers?

That's the question employers and policymakers are asking around the nation as jobs go unfilled across a broad swath of industries.

It's an easy problem to see visually around the area — numerous “help wanted” signs are planted everywhere, from rural backroads peppered with pleas for poultry plant workers, to restaurants and motels begging for workers at Banks Crossing to numerous employment signs around Jackson County and the rest of our area, especially in areas near large distribution centers.

And it's not unusual to see small area restaurants and retail stores shorten their hours due to not having enough staff.

To an extent, this worker shortage is understandable in our area. The huge growth in warehouses, the SK Battery plant and a growth in manufacturing industries has created a lot of new jobs over the past few years. It takes time to fill all those new positions as people leave old jobs, or relocate to take a new job.

But this shortage isn't just in northeast Georgia; it's all over the state and across the nation.

A lot of economists, politicians and pundits have attempted to answer that question.

The most common explanation is that Covid is the root source of the problem.

Some conservatives blame the federal government's Covid payouts and halting of foreclosures and rental evictions for the problem. If people are getting "free" money and they don't have pressure to pay mortgages or rent, then why would they work?

Maybe there's some truth to that. For the low end of the job market, the Covid unemployment payments were about as much as some people were making in low-paying fast-food or hospitality jobs.

But most of those payments have now ended and the foreclosure and rental eviction protections are also ending, and still the job participation rate hasn't returned to its normal level. While the "free" stuff may have had some impact, it's not the only thing that has created this labor shortage.

There are other possible Covid-related factors as well.

When schools closed last year, some parents quit jobs to stay home with their children. The uncertainty of this school year may have led some of those parents to wait and see before returning to work.

In some urban areas, people fled cities for more rural environments if they were in a job they could do from home. That may now be turning around some as businesses attempt to go back to regular office schedules, but the movement of people during the pandemic did roil the job market, especially in businesses that were hard hit by the virus (travel, hospitality, health care, etc.)

Still, I get the feeling that there's more to this low job participation rate than just Covid. It may have been the trigger, but there's something else going on too.

For one, my generation of Baby Boomers is retiring at a rapid rate. According to the website SHRM, 3.2 million more Baby Boomers retired in the third quarter of 2020 than they did in the same quarter of 2019. Every day, 10,000 Boomers turn age 65, the age that many start the retirement process.

Even with young adults transitioning to the workforce from school, that's a lot of jobs to fill and a lot of turnover taking place.

And it may get worse. Statistics indicate that the U.S. birthrate is rapidly declining. In the future, there may be fewer native-born Americans to fill these jobs.

Another possible impact has been the tightening of the U.S. border with Mexico. While that is a hot political issue, from an employment standpoint, those immigrants, legal or not, have been an important part of the U.S. labor force, especially in low-skilled jobs.

One of the reasons there are so many illegal immigrants coming across the border is that the U.S. doesn't have a good, functioning work visa system that would allow legal immigration for work. That system has been broken for decades and there's apparently little political will to fix it.

But even all of those factors don't fully explain what's happening in the labor market and labor shortage. There appears to also be some kind of cultural shift taking place more broadly in society that is also affecting the supply of labor.

It's probably too early to have hard data on that point, but it seems as if there is a widespread reappraisal of work taking place. It appears as if some people have decided to "pause" their working life for personal reasons.

I'm not sure how long that will last. While some two-income households can downsize and perhaps afford to become one-income households, single workers don't have that luxury. Eventually, the bills do have to be paid.

Meanwhile, we expect to see more turmoil in the job market. Finding workers will continue to be difficult for the foreseeable future. That, in turn, will add to the sputtering supply chain where goods are not getting moved around the nation very quickly.

Locally, there are plenty of jobs for those wanting to work. No amount of automation is going to replace those people in the near future, although this labor shortage could encourage some industries to invest more heavily in automation efforts.

We don't yet know how all of this will play out, but I get the feeling that the cultural aspect of this labor shortage may turn out to be just as big, if not bigger, than its economic impact.

The nation is changing, politically and culturally. The intersection of that could change the country in ways we can't yet predict. 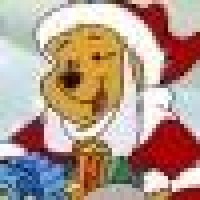 Welcome to Socialism. If things don't change we will look like Venezuela before you know it.