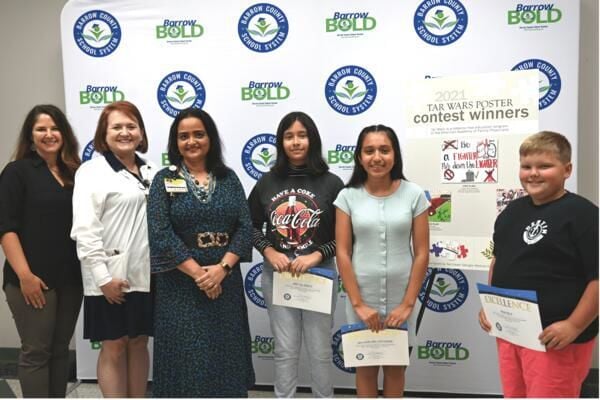 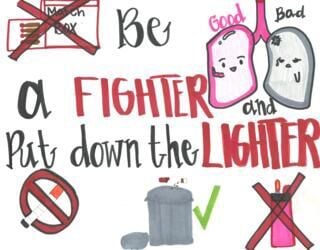 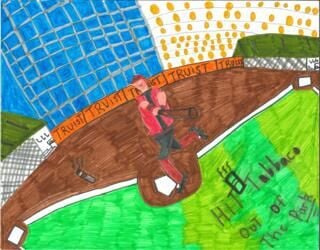 Yargo Elementary fourth-grader Noah Self's "Hit Tobacco Out of the Park” poster was voted second place in the system but also finished third in the statewide competition. 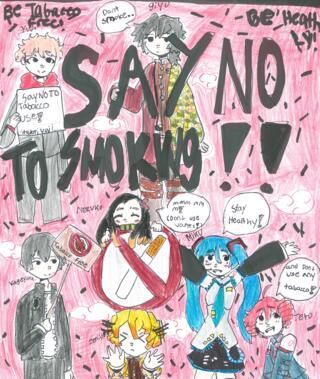 Yargo Elementary fourth-grader Noah Self's "Hit Tobacco Out of the Park” poster was voted second place in the system but also finished third in the statewide competition.

This past spring, all fourth- and fifth-grade students in the Barrow County School System (about 2,100) participated in Tar Wars, a tobacco-free education program developed by the American Academy of Family Physicians.

It was the third consecutive year that Northeast Georgia Medical Center Barrow partnered with the school district to teach students about the short-term health effects of tobacco use, the cost associated with using tobacco products, and the advertising techniques used by the tobacco industry to market to youth.

“The future health of Barrow County communities rests in the lifestyle choices of the youth today,” Sunita Sing, public relations manager for NGMC Barrow, said in a news release. “With tobacco, nicotine and alcohol being at the root cause of many illnesses, it is important for our youth to be aware of the impact of decisions made today on the rest of their lives. With the goal of reducing tobacco use among young people and beginning a discussion about changing culture, we are honored to partner with Barrow County School System in our fight against smoking and (substance) abuse among our children.”

As part of the program, students also designed a poster to discourage tobacco use. Each class selected the top three posters, which went on to participate in a district-level competition with over 200 poster entries. NGMC Barrow narrowed the submissions to 36, which were then voted on through Facebook to select the top three poster entries for the school system, which then were submitted for the statewide competition.

Jailyn Delira-Castaneda, a fifth-grader at Yargo Elementary School (now in sixth grade), was voted the system winner for her “Be a Fighter, Put Down the Lighter” poster. Yargo Elementary fourth-grader Noah Self (now in fifth grade) was the system runner-up but also placed third in the statewide competition for his “Hit Tobacco Out of the Park” poster. Azul Velazquez, a fifth-grader at Bethlehem Elementary (now in sixth grade), placed third in the district for her “Say No to Smoking!” poster.

Traditionally implemented during Red Ribbon Week in October, the Tar Wars program pivoted last school year to accommodate Covid-19 mitigation measures the district implemented at its campuses and other limitations due to the pandemic.

With the district’s no-visitor policy, Tar Wars lessons transitioned from in-person guest speakers to Google Classroom so students in person and learning at home could participate equally. Nurse Angie Caton and NGHS produced instructional videos and created accompanying online activities. Following each video, BCSS teachers then facilitated classroom discussions with reinforcing activities, according to the release. For example, the first video discussed the ingredients in a cigarette and how tobacco affects the human body. Students then tried breathing through a drinking straw while jogging in place to simulate how a smoker may feel with reduced lung capacity.

As part of the program, students are given a pre-test to establish their baseline knowledge. After they complete the Tar Wars program, they also complete a post-test. School officials said that data gathered from the testing revealed significant knowledge gains in all areas by students.

•87% of students reported learning something new from Tar Wars.

•93% of students responded people who smoke are not healthy and fit (in the post-test).

•33% more students said advertisers are not telling the truth about tobacco use (from the pretest to the post-test).

•28% more students said that vapes are not safer than regular cigarettes (from the pre-test to the post-test).

On July 1, Georgia House Bill 287, which requires tobacco and vapor product instruction for all students grades K-12, went into effect after being signed by Gov. Brian Kemp.

BCSS officials said the district will continue to utilize the Tar Wars program with fourth- and fifth-graders in part of its efforts to meet the bill’s requirement. Officials said they hope the program will reduce the number of smokers in the future.

“We are thankful to Barrow County school teachers, nurses and counselors to deliver Tar Wars presentations to the fourth- and fifth-grade students,” Singh said. “With the education they are presenting, Barrow County’s youth will certainly have the knowledge and skills to be healthy and successful for many years to come.”

For the work completed to launch the program three years ago and transform it during COVID-19, Ellen Petree, school and community relations specialist for BCSS, was nominated this summer for the “Cure Lung Cancer Hero Award.”

The recognition is awarded to three individuals who have made a significant impact in the lives of those affected by lung cancer, according to the release.

“With Ellen’s leadership and guidance, over 2,000 fourth- and fifth-grade students successfully participated in Tar Wars for each of the last three years, including the pandemic,” said Angie Caton, assistant nurse manager for NGMC, who nominated Petree.