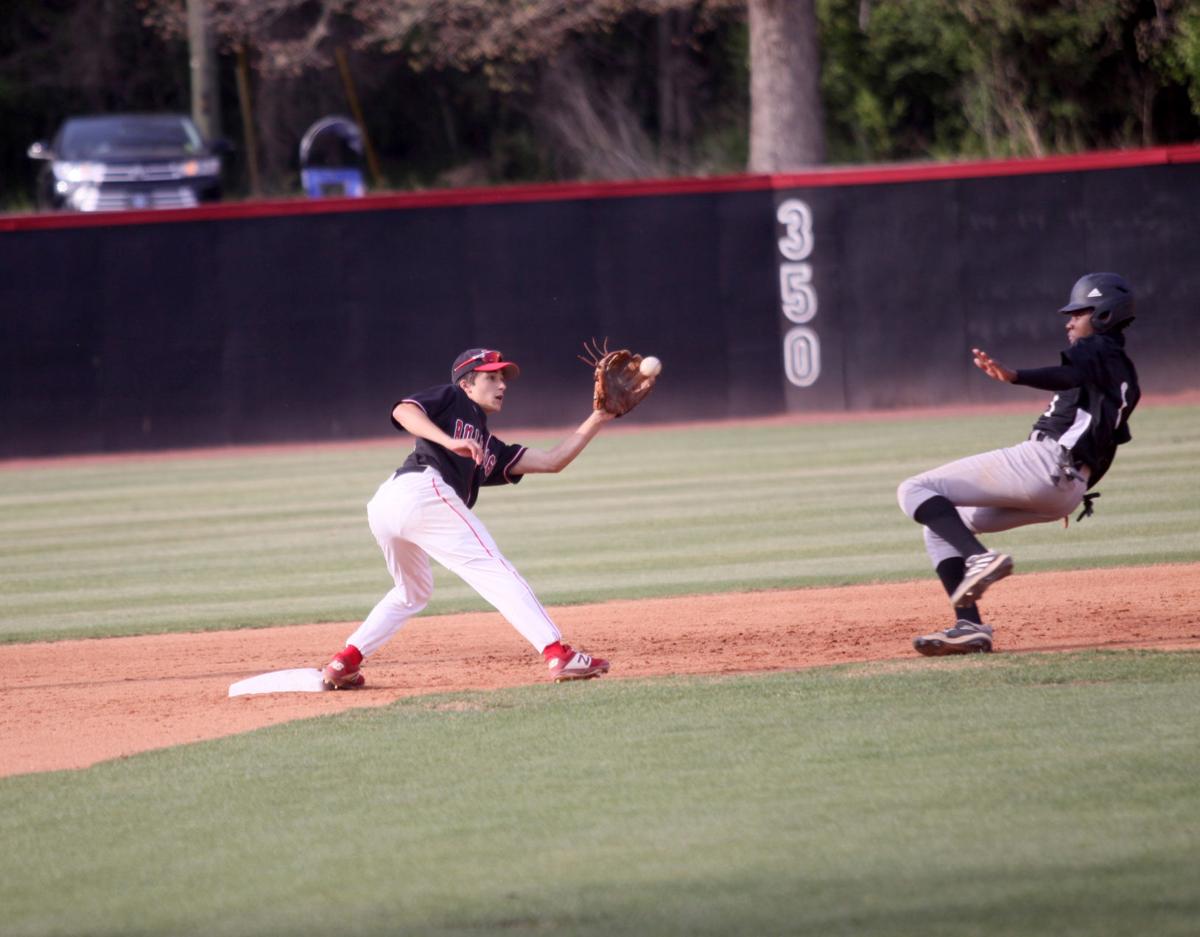 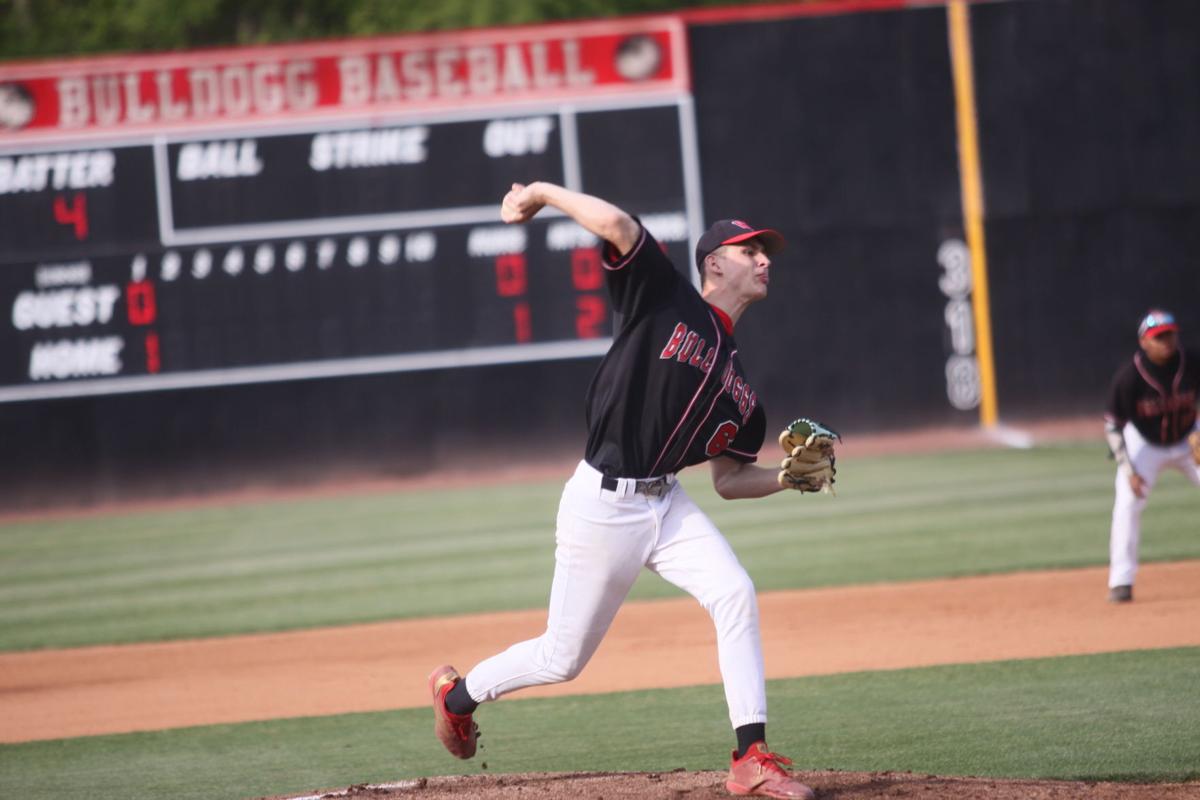 Winder-Barrow sophomore Brooks House has put together a strong year on the mound for the Bulldoggs. 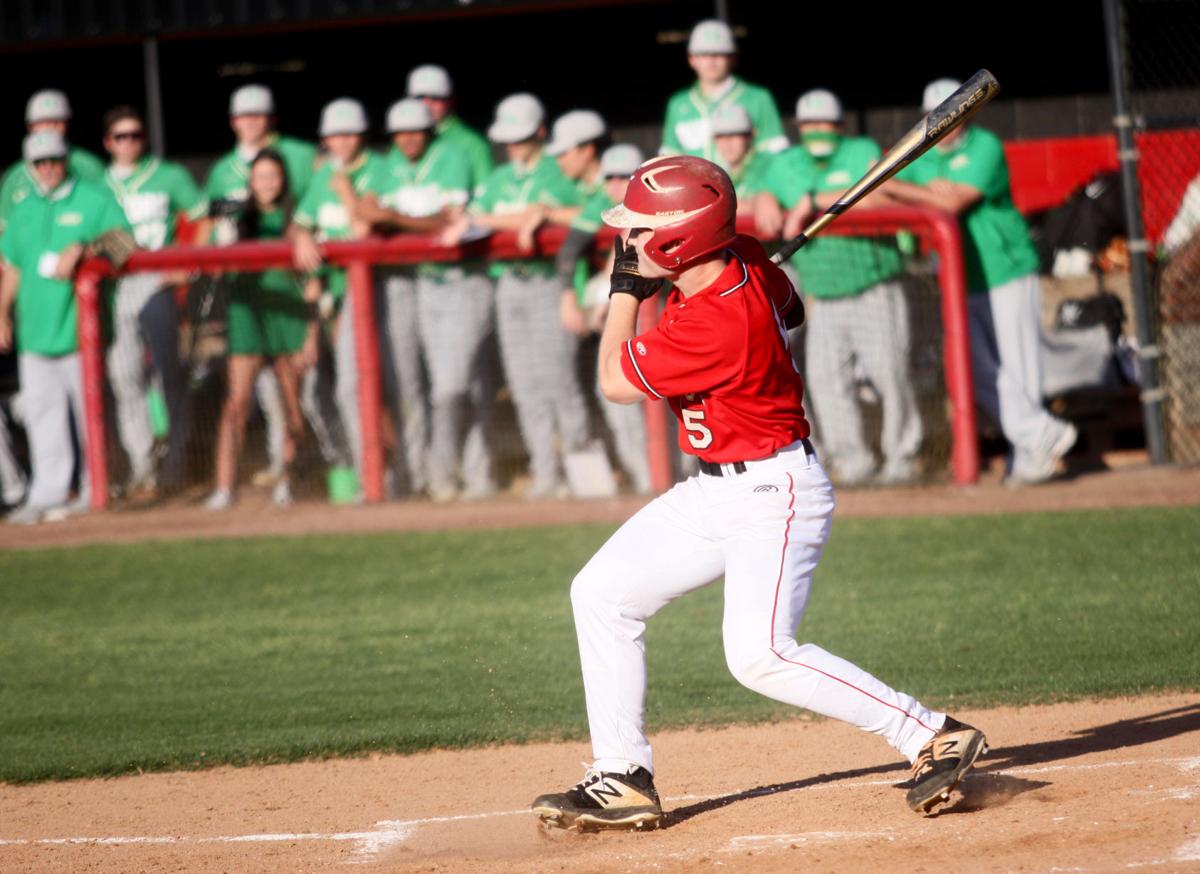 Junior outfielder Pate Smith has been one of several key newcomers in the Bulldoggs' starting lineup this season. 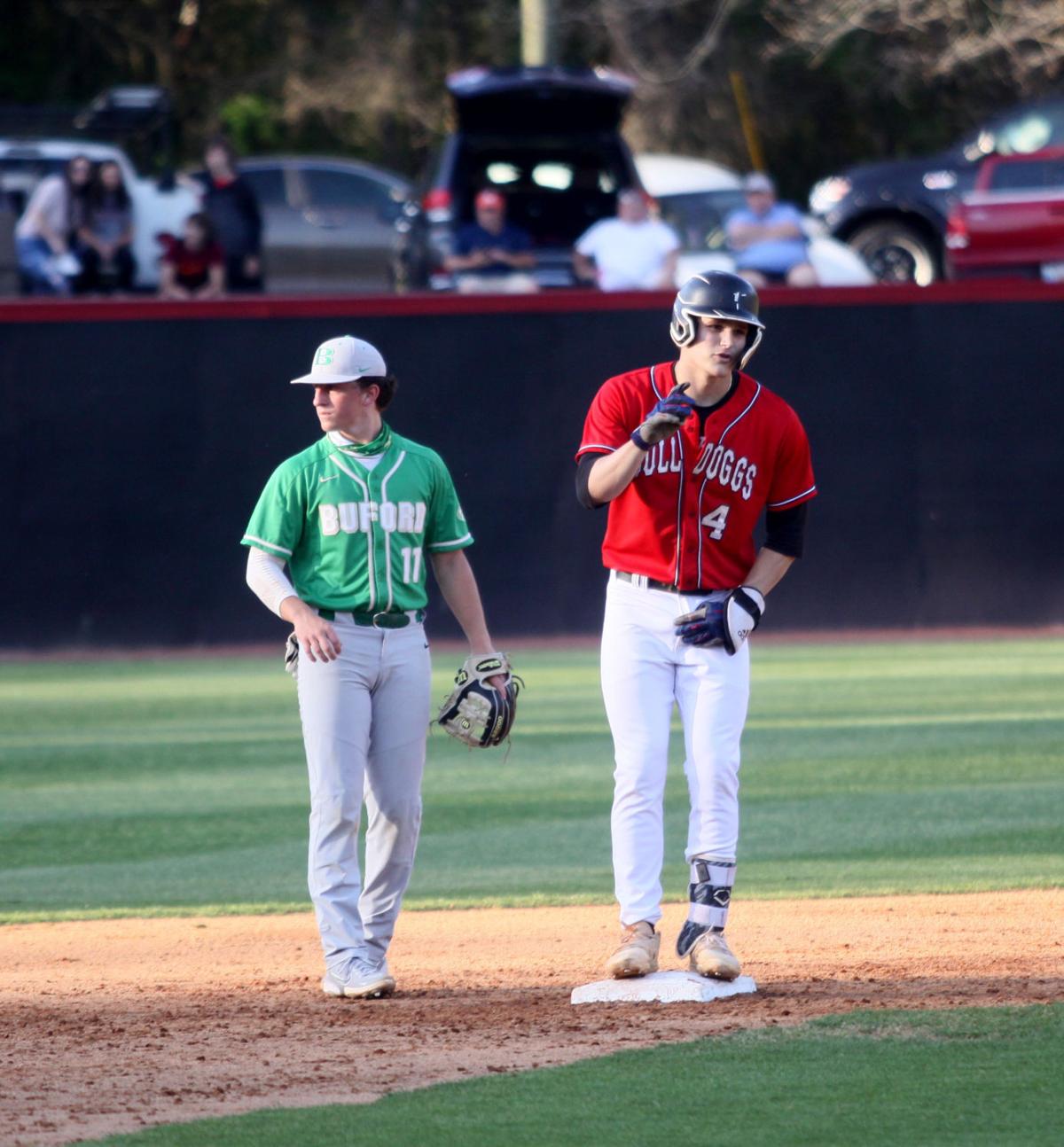 Senior shortstop Brady House has been a dominant force at the top of Winder-Barrow's lineup this season. 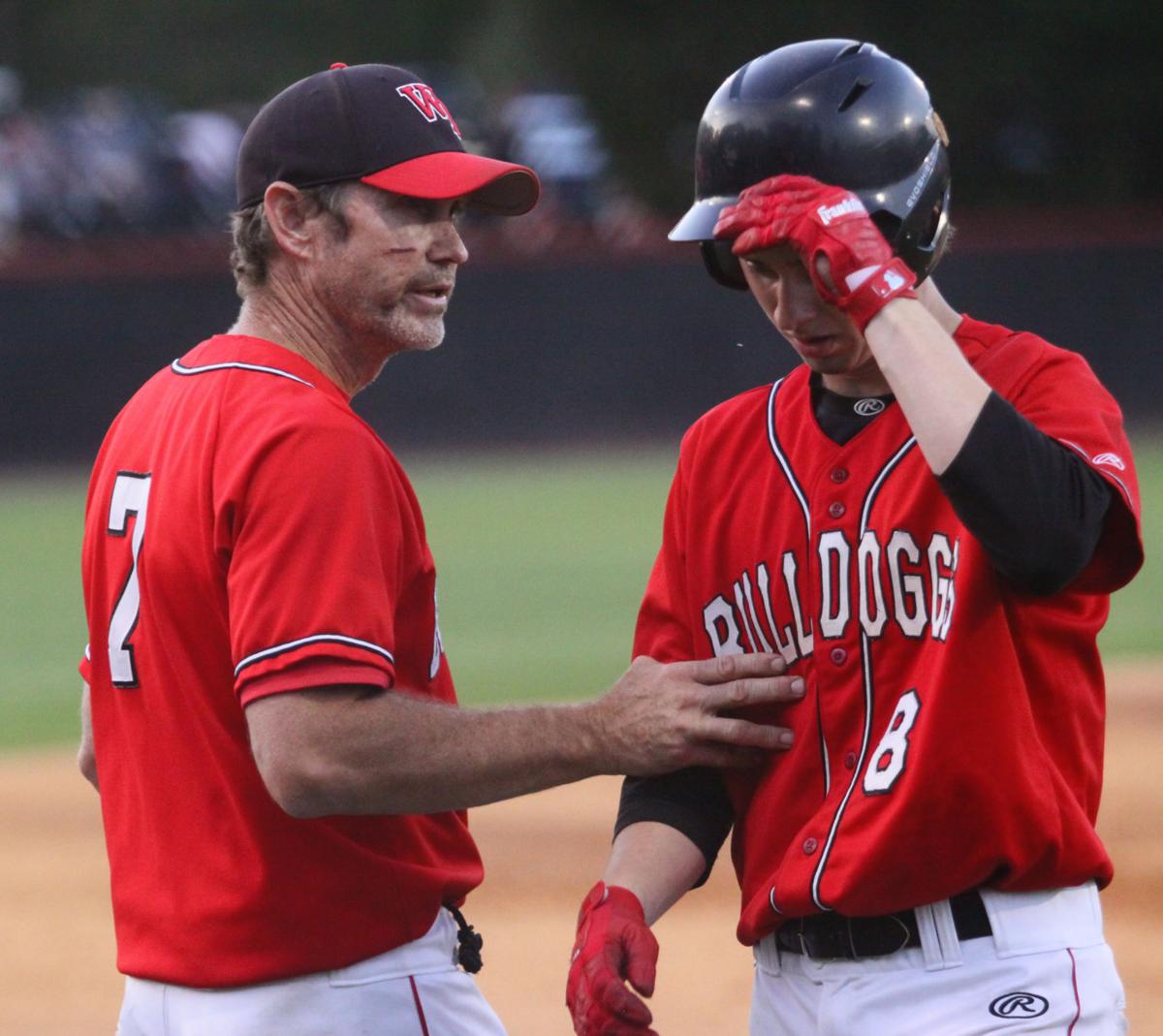 Winder-Barrow coach Brian Smith has led his team to another 20-plus-win season this spring.

Winder-Barrow sophomore Brooks House has put together a strong year on the mound for the Bulldoggs.

Junior outfielder Pate Smith has been one of several key newcomers in the Bulldoggs' starting lineup this season.

Senior shortstop Brady House has been a dominant force at the top of Winder-Barrow's lineup this season.

Winder-Barrow coach Brian Smith has led his team to another 20-plus-win season this spring.

Winder-Barrow’s baseball team once again has navigated a difficult schedule this spring en route to yet another 20-plus-win season, the latest successful run for a strongly consistent program under head coach Brian Smith.

But the Bulldoggs aren’t satisfied with just being back in the postseason; by this point, they expect to be there. Instead, they are going in with the goal of winning the program’s first state title since 1979, even though they may not be considered widely around the state as one of the top favorites to win the crown like in the previous few seasons.

Sixth-ranked Winder-Barrow (22-5), which finished as runners-up in GHSA Region 8-AAAAAA this season and closed out the regular season last week with a three-game sweep of Shiloh in region play, will begin its quest for a third state championship this week when it hosts South Paulding in a best-of-three first-round playoff series. The series will open with a doubleheader Thursday, April 29, starting at 4 p.m., and an if-necessary third game would be played at 5:30 p.m. Friday, April 30. It will be the eighth-consecutive postseason series the Bulldoggs have hosted.

“It really feels like this season has just flown by, which is a good thing because in years past at this point, we might have felt a little tired, but that’s not the case here,” said Smith, who added that his team doesn’t pay much attention to whether it has the proverbial target on its back from other teams. “We just try to approach everything the same and respect what we do every single day. (Top-ranked and undefeated) Buford definitely deserved to win the region this year, and we hated that we didn’t win it for a fourth year in a row. But we feel like we’re coming into the playoffs battle-tested and ready to compete with anybody.”

When Smith spoke to The Barrow News-Journal Monday, April 26, about the upcoming series, he was still gathering intel about the Bulldoggs’ first-round opponent. But he expects a strong challenge from South Paulding nonetheless.

The Spartans (20-7) hail from a solid Region 5, which had five teams win at least 18 games this season, and will bring a seasoned veteran group to Winder with several seniors and juniors on their roster.

“(Second-ranked) Carrollton was pretty dominant in that region, but the rest was pretty well-balanced,” Smith said. “South Paulding definitely won’t be surprised by anything, and they’ll be a tough test for us. We’re digging in with some scouting reports on them now. Ultimately, we’ve just got to play well. We’ve got to get out there and be ourselves and compete.”

The Bulldoggs entered this year with the task of replacing a handful of seniors off a team that went 11-4 last spring before the coronavirus pandemic halted the 2020 season halfway through. And several players, especially in the younger grades, have had to fill in the gaps around the returning core.

That depth has particularly been on display in the batting order. The Bulldoggs have had a steady top three in senior shortstop Brady House, and senior twin brothers Andrew Lewis (pitcher, outfielder) and Dre Lewis (catcher). House, a Tennessee signee who is also widely projected to be an early to mid-first-round MLB draft pick this summer, is hitting .573 with a .688 on-base percentage, 1.700 OPS, eight homers, 12 doubles, 19 RBIs and 20 stolen bases out of the leadoff spot. Andrew Lewis is hitting .442 with a .562 OBP and 1.146 OPS, 25 RBIs and 20 steals, and Dre Lewis (.311 Avg., .464 OBP and 1.059 OPS) has feasted on his opportunities with runners on base, driving in a team-high 38 runs to go along with four homers.

But from there, Smith has used a variety of different combinations 4-9 in the lineup, and a bevy of options resulting from a deep bench has allowed him to ride various hot hands throughout the year. Junior outfielder Isaac Reivitis has had a breakout season and is hitting .329 with an .808 OPS and 12 stolen bases. Junior Noah Lee is hitting .333 with 20 RBIs, primarily out of the cleanup spot in the order, sophomore third baseman Ryan Ford has his average up to .333 with a .512 OBP and .956 OPS in 16 games, and Smith’s son, junior outfielder Pate Smith, is hitting .305 with 11 RBIs and 12 steals in 27 games.

“It’s been something different than I normally do, when I’ve traditionally set the lineup early on,” Smith said. “But we’ve been able to jump from Player A to Player B in certain situations. We’ve got so many scrappy guys who are really comparable to each other and can each bring something to the team.”

But ultimately, the Bulldoggs’ success this postseason will hinge on the performance of its pitching staff, and developing more depth in that department has been a primary focus this year for Smith.

Andrew Lewis has been the ace of the bunch and enters the postseason 8-1 with a 1.68 ERA and 0.864 WHIP, racking up 71 strikeouts against just 15 walks in 41 2/3 innings of work. Sophomore Brooks House, Brady’s younger brother, has come on strong of late and is now the team’s innings leader with 43, compiling an 8-1 mark of his own with a 1.63 ERA, to go along with 50 strikeouts and only 15 walks. Freshman Ken Shipman (5-1, 2.72 ERA) has been the other primary starter, and a group of four other pitchers have helped serve as an occasional bridge to hard-throwing Brady House, who hasn’t allowed a run in the closer role and has given up only one hit and no walks while striking out 16 hitters in 7 2/3 innings and notching three saves. His fresh arm should be an advantage for the Bulldoggs in tightly-contested series.

“Pitching is always a big emphasis, but this year we’ve found a few guys who we’ve focused on as good, quality middle relievers.” Smith said. “The more fresh arms we have, the better. Andrew and Brooks have been pretty dominant at times and are both going to be very competitive. Those are the guys you look toward to go to battle with, but a lot of these guys have gained valuable experience this year, and we’ll need them all if we want to go far and give ourselves the best chance to win.”