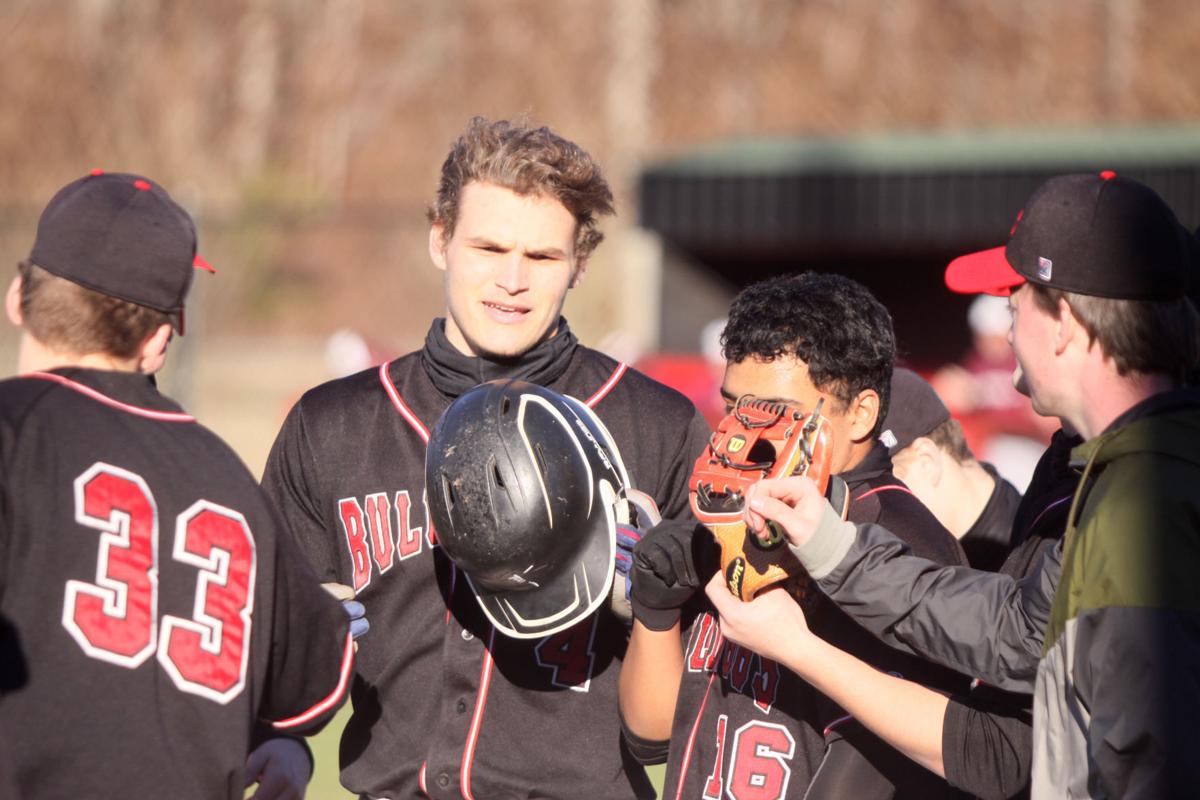 Winder-Barrow's Brady House celebrates with teammates after the first of his two home runs in the Bulldoggs' 10-0 home win over Lakeside, Evans on Saturday, Feb. 20. 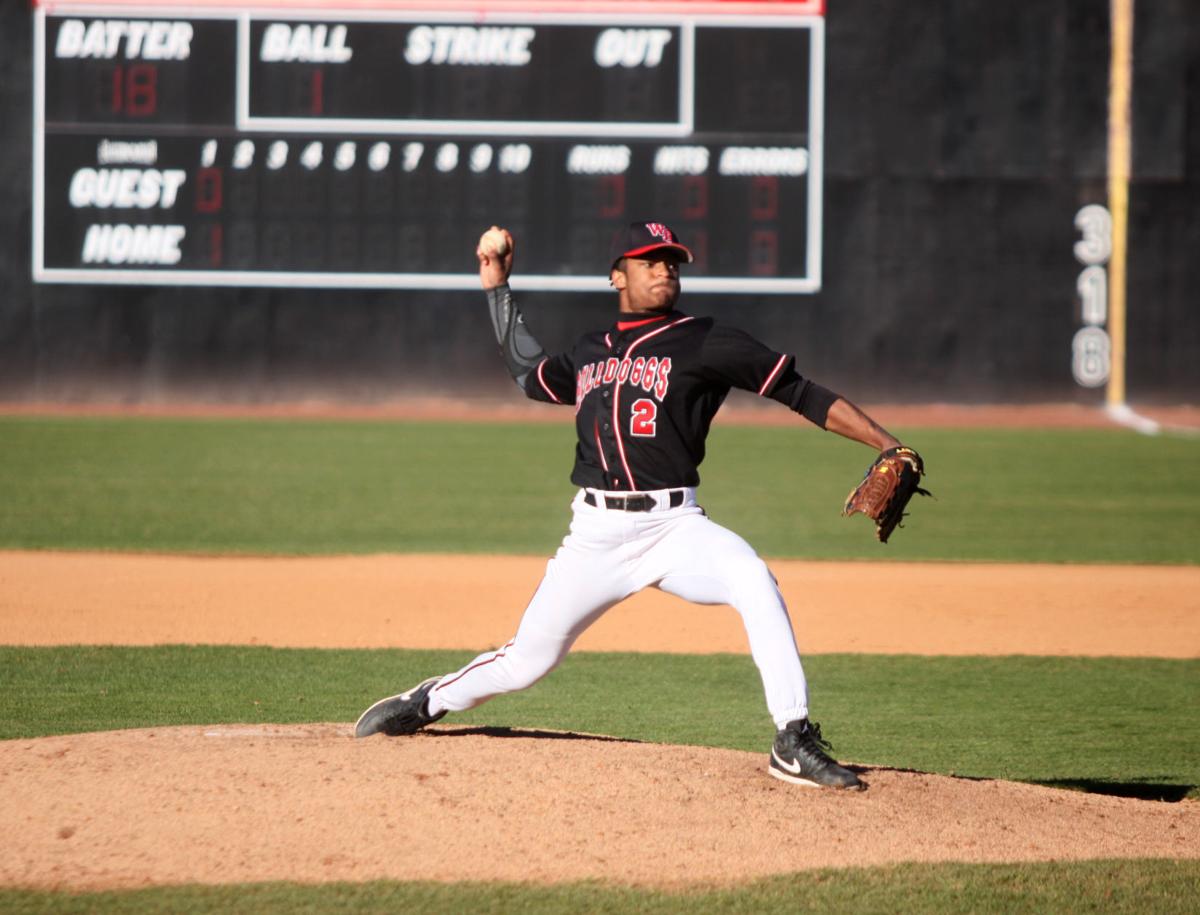 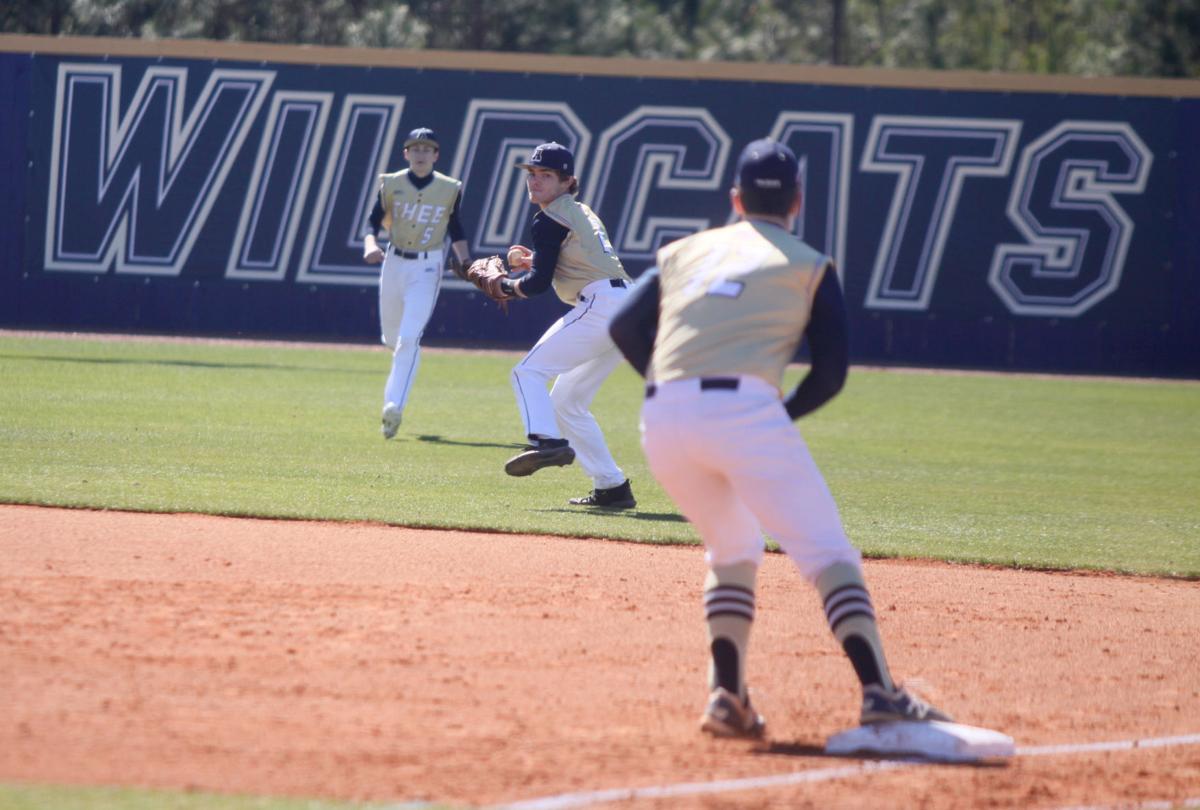 Apalachee second baseman Colby Sikes fields a ball in the hole and throws to first during the Wildcats' home game against Collins Hill on Saturday.

Winder-Barrow's Brady House celebrates with teammates after the first of his two home runs in the Bulldoggs' 10-0 home win over Lakeside, Evans on Saturday, Feb. 20.

Apalachee second baseman Colby Sikes fields a ball in the hole and throws to first during the Wildcats' home game against Collins Hill on Saturday.

Winder-Barrow won a pair of home games last weekend in its annual Diamond Day Invitational, holding off Evans 6-4 on Friday, Feb. 19, and then cruising past Lakeside, Evans 10-0 in five innings on Saturday, Feb. 20.

Evans drew closer with an RBI double and an error that plated another run in the sixth, but Winder-Barrow reliever Caleb Gentry worked around further trouble and then pitched a scoreless seventh to notch the save.

The Bulldoggs had an easier time with the Panthers on Saturday, as three pitchers combined to allow just three hits and Brady House homered twice, giving him three through the first three games of the season.

Senior catcher Dre Lewis’ RBI triple in the first set the tone for the day and started a 3-for-3 day at the plate for Lewis, who finished a homer shy of the cycle. The Bulldoggs added three runs in the second on a two-run shot by House and an RBI single by Dre Lewis, and they busted it open with four in the third. Noah Lee had a pinch-hit, two-run single in the inning, and Lewis added a two-run double. House led off the fifth with a homer and Smith’s RBI single later in the inning ended the game on a run rule.

Andrew Lewis, Royal and Lleyton Jones combined for the shutout on the mound for the Bulldoggs.

Apalachee fell in a huge hole early in its home game Saturday against Collins Hill and couldn’t recover, falling 15-5 in six innings to drop to 1-1 on the season.

Collins Hill scored three runs in the first and four in the second to grab a large 7-0 advantage before the Wildcats came back with four in the bottom of the third. The Eagles, though scored six in the fourth and sailed from there.

Ethan Middlebrooks was 2-for-3 with a double and an RBI to lead Apalachee at the plate. Colin Hedges and Manning West both had doubles, and Judah Powell had a two-run single.

The Wildcats will be back in action Tuesday at Gainesville for a 5:30 p.m. start.