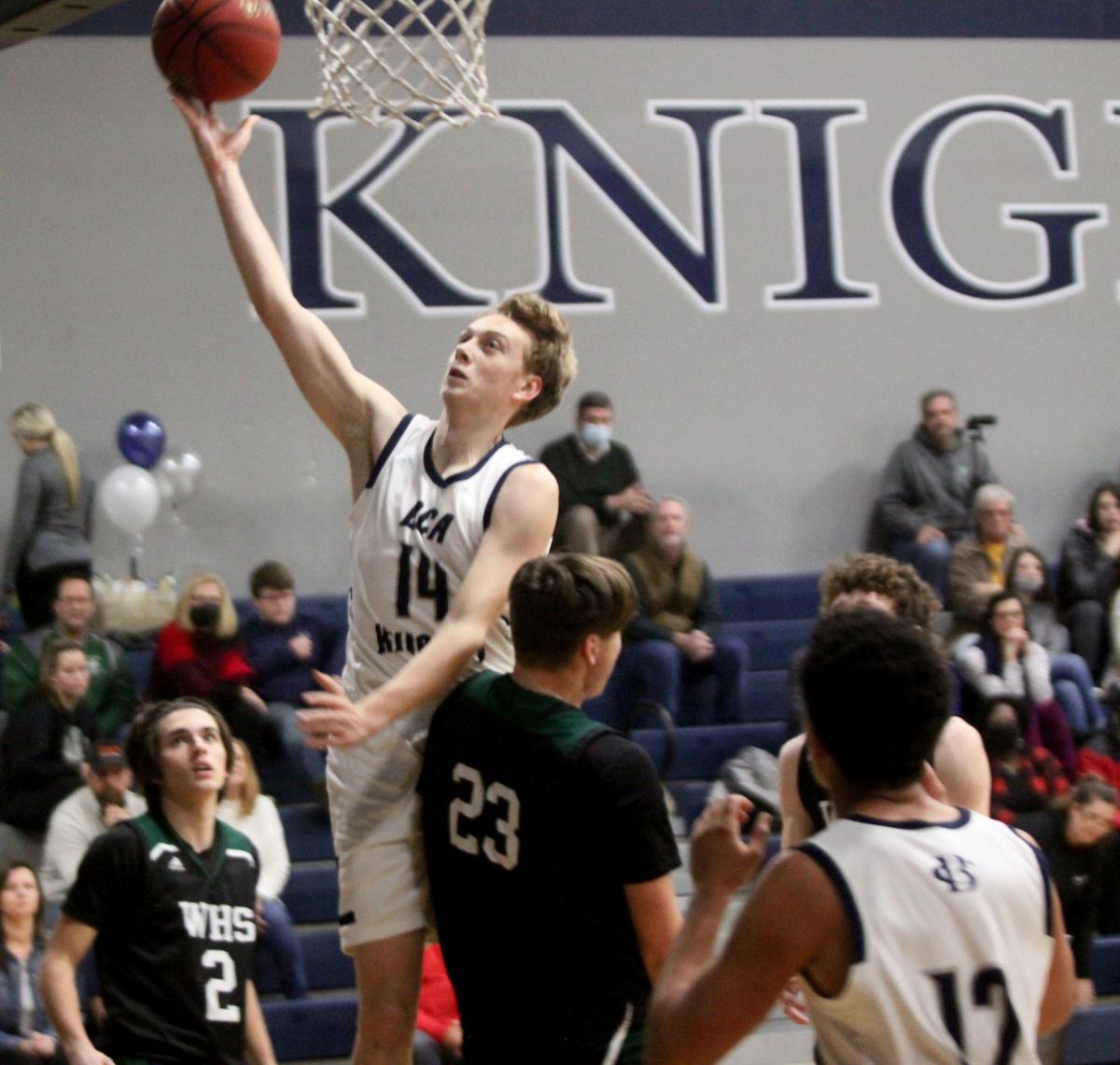 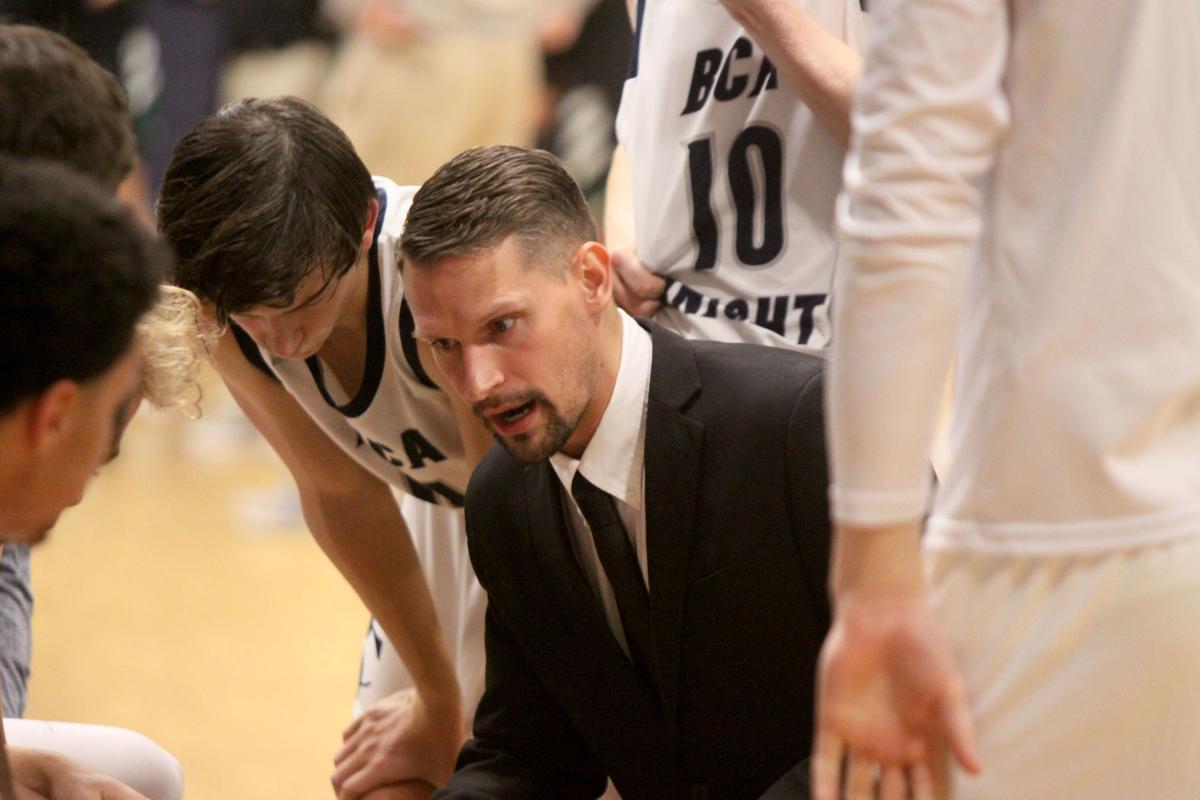 BCA coach Kevin Hall talks to his team between the third and fourth quarters of Friday's game. 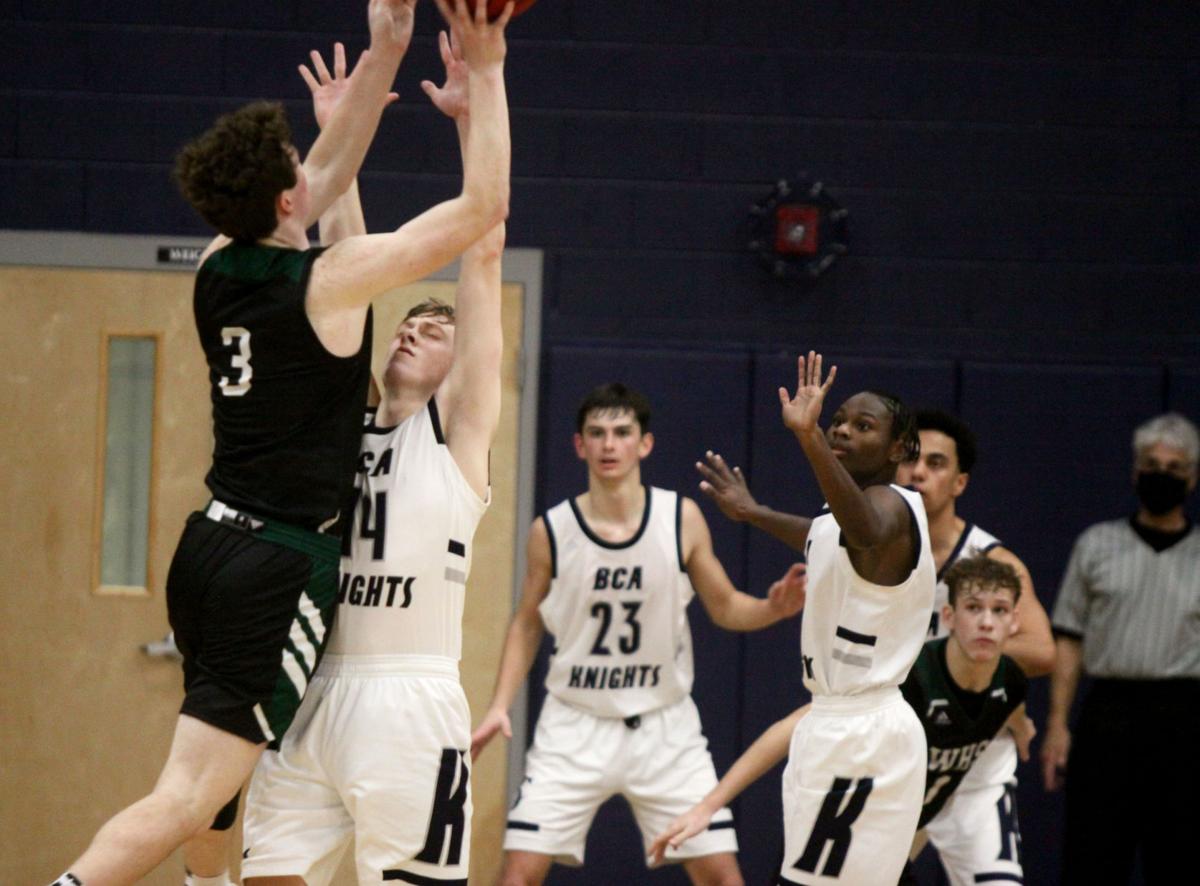 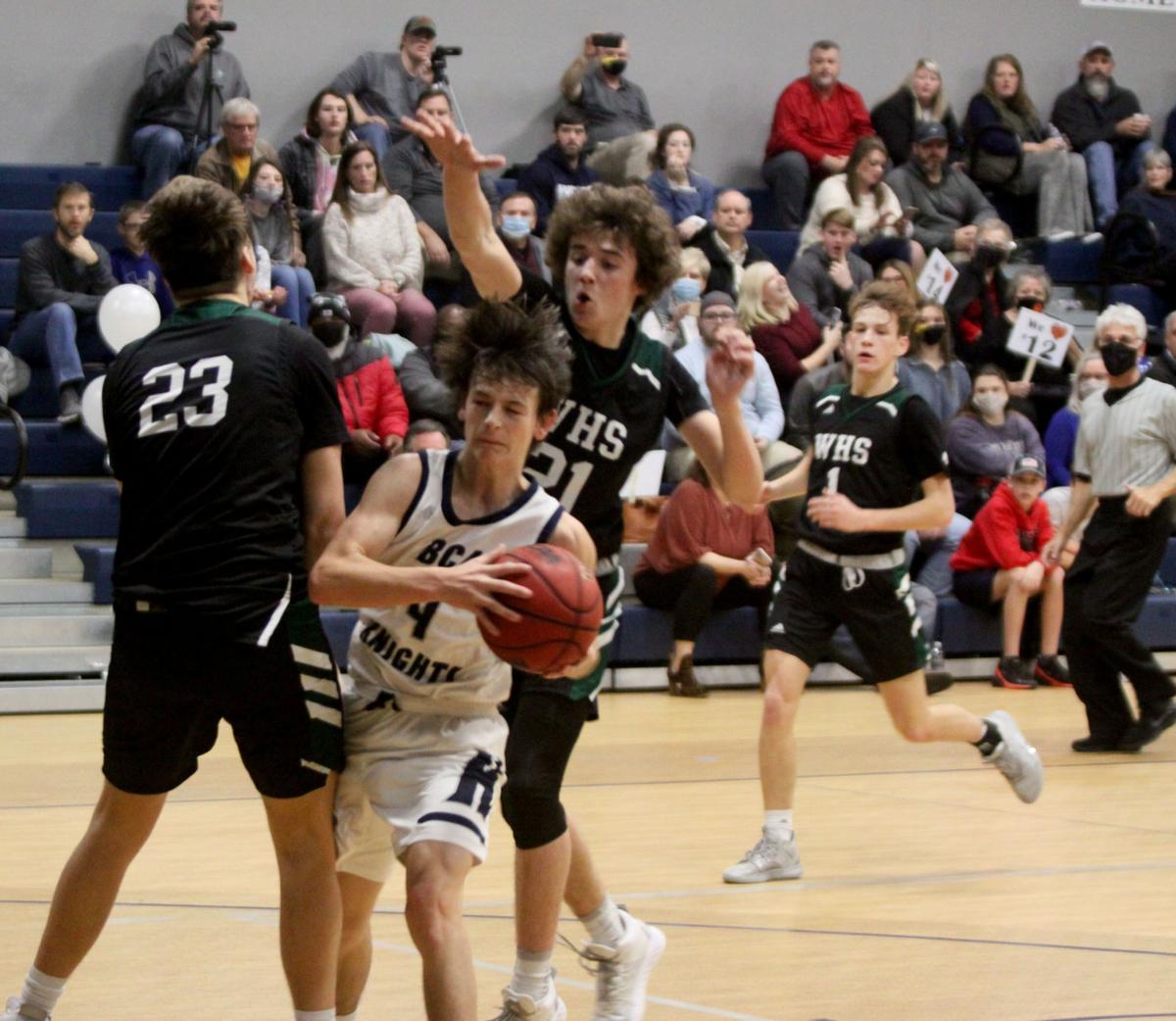 BCA senior Drew Stiles drives toward the basket during the first half of Friday's game. 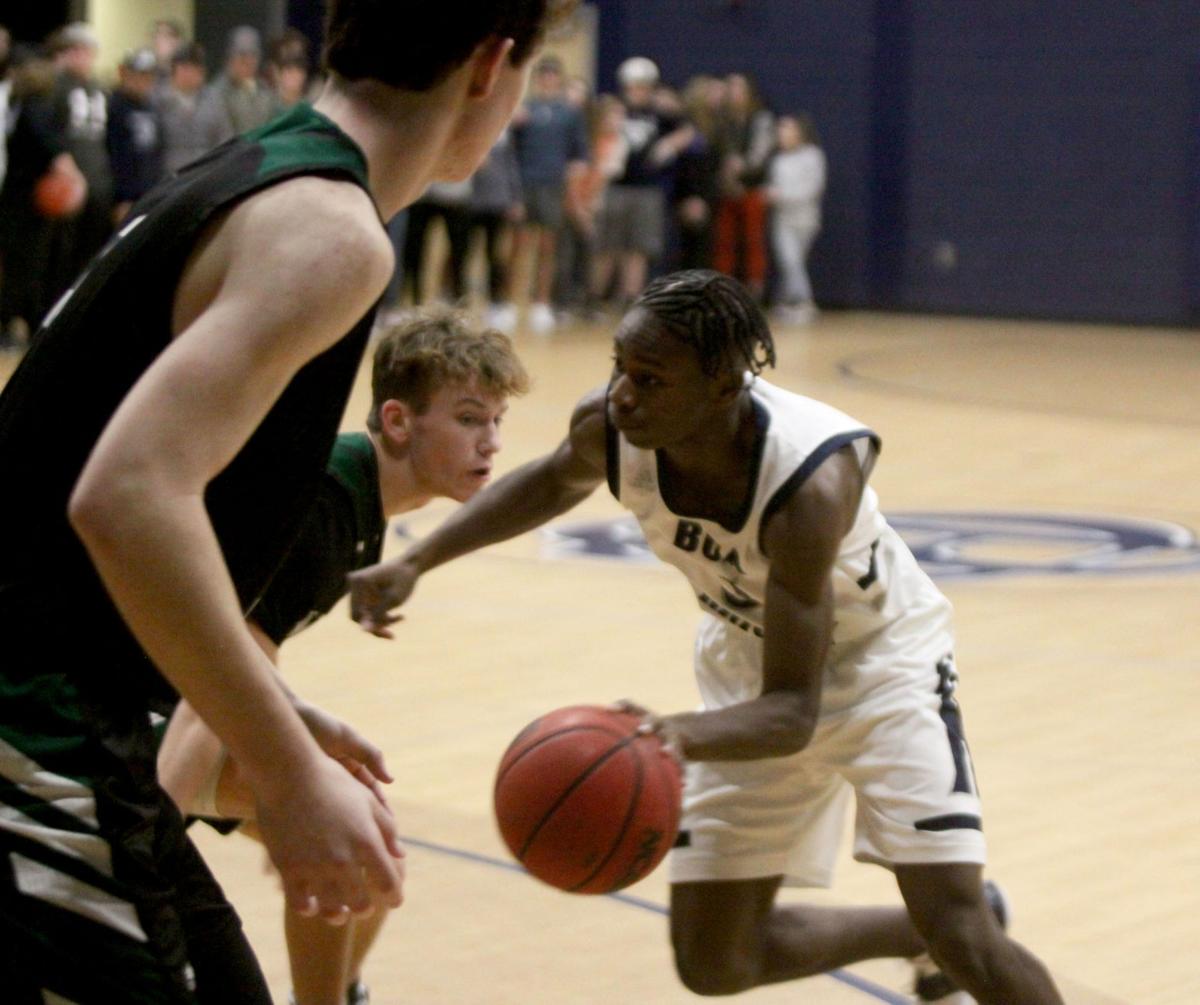 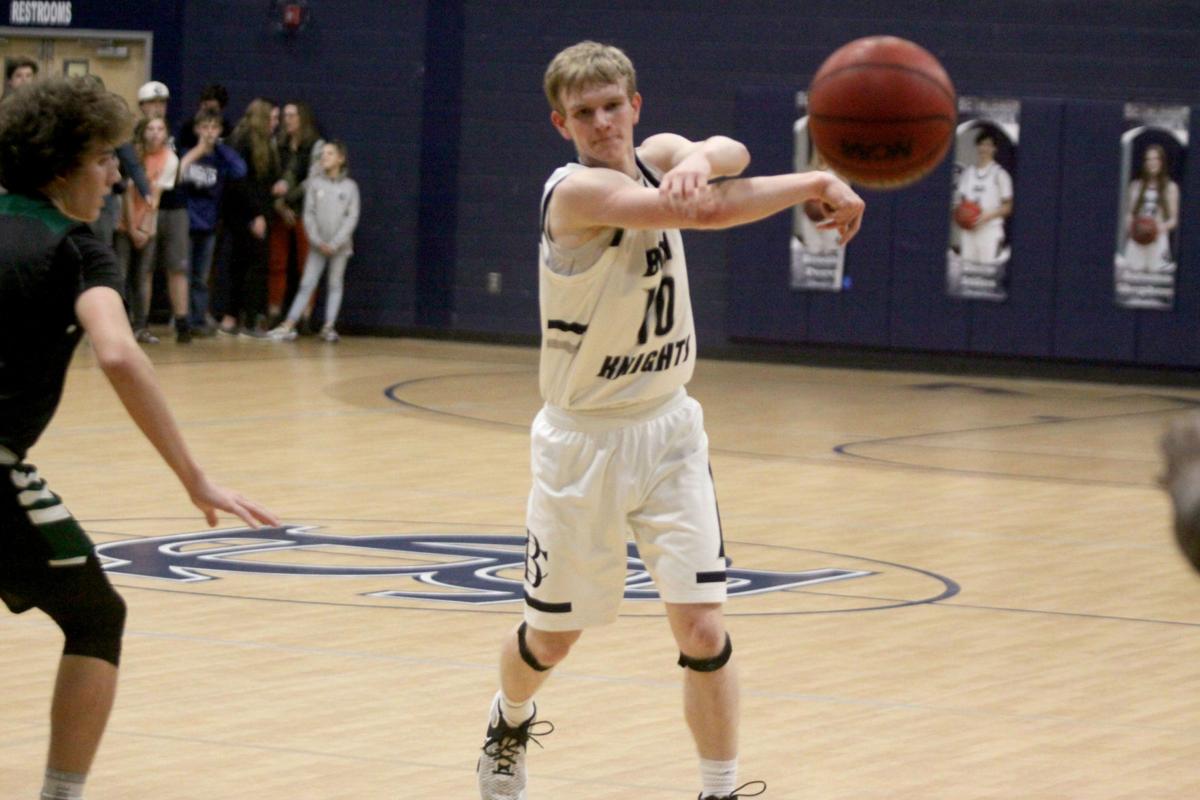 BCA senior Thomas Wilson makes a pass during the first half of Friday's game. 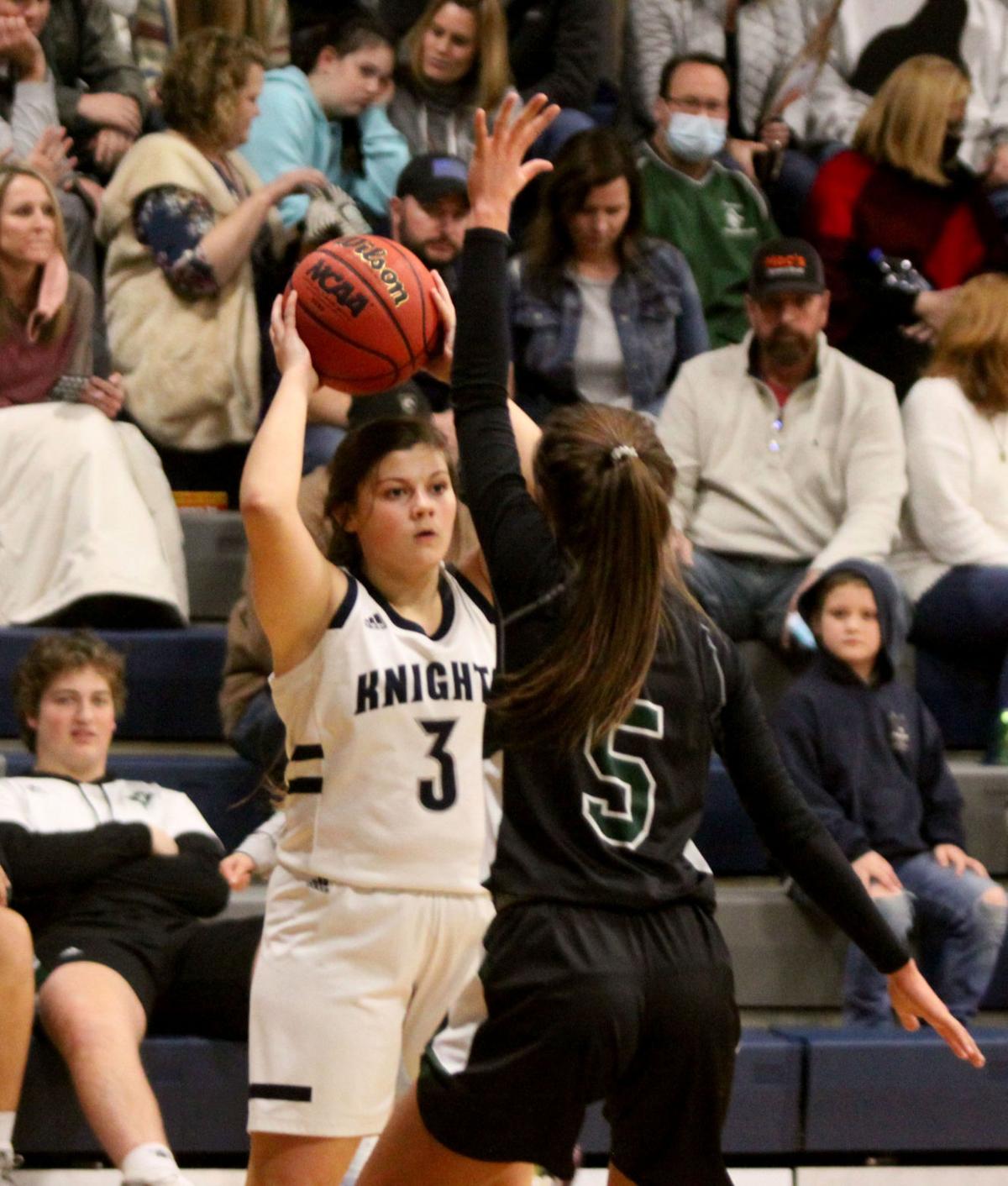 BCA's Audrey Fry looks to get the ball inside during the first half of Friday's game against Westfield. 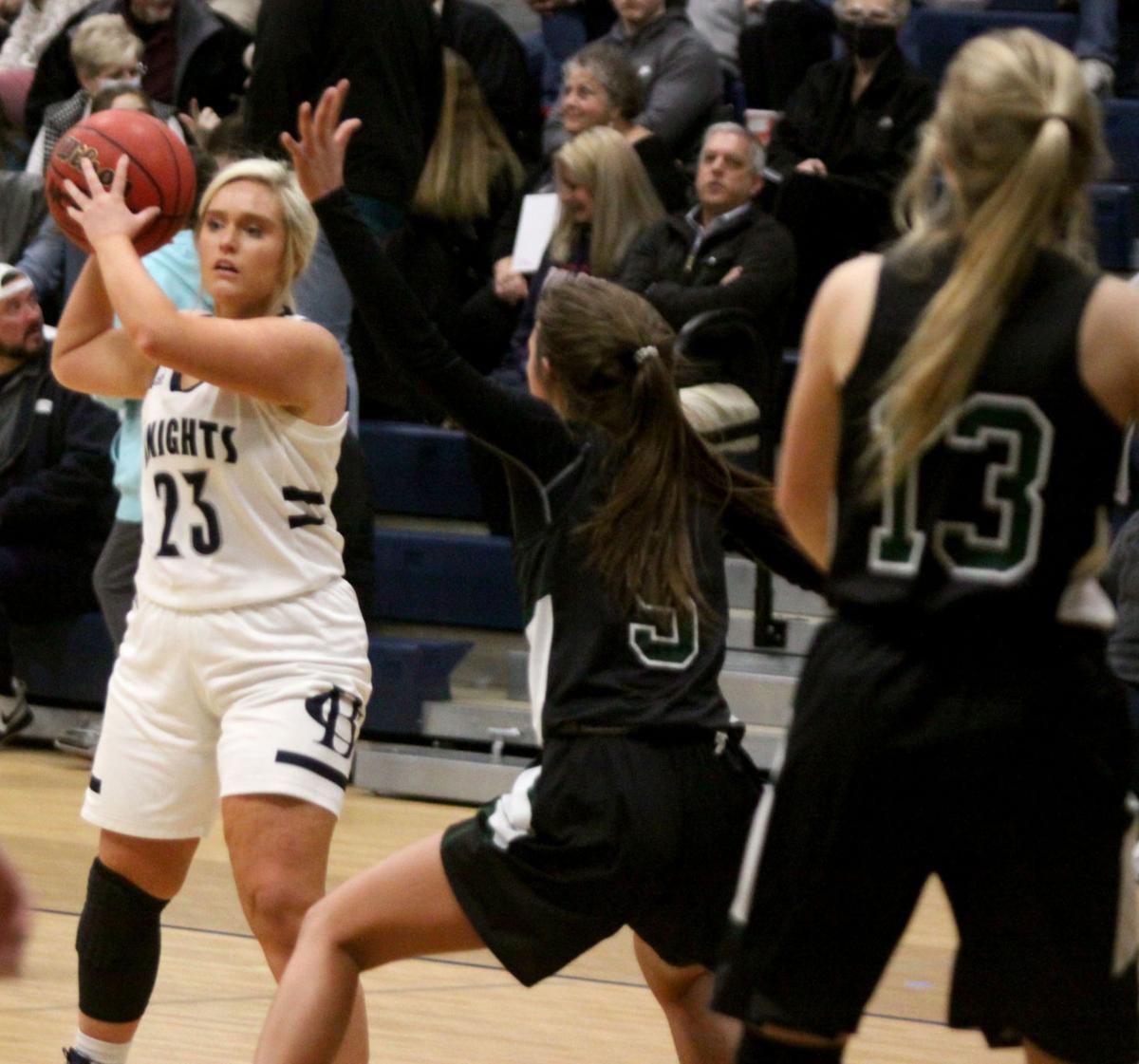 BCA senior Brooke Peevy had a team-high 12 points in Friday's loss to Westfield. 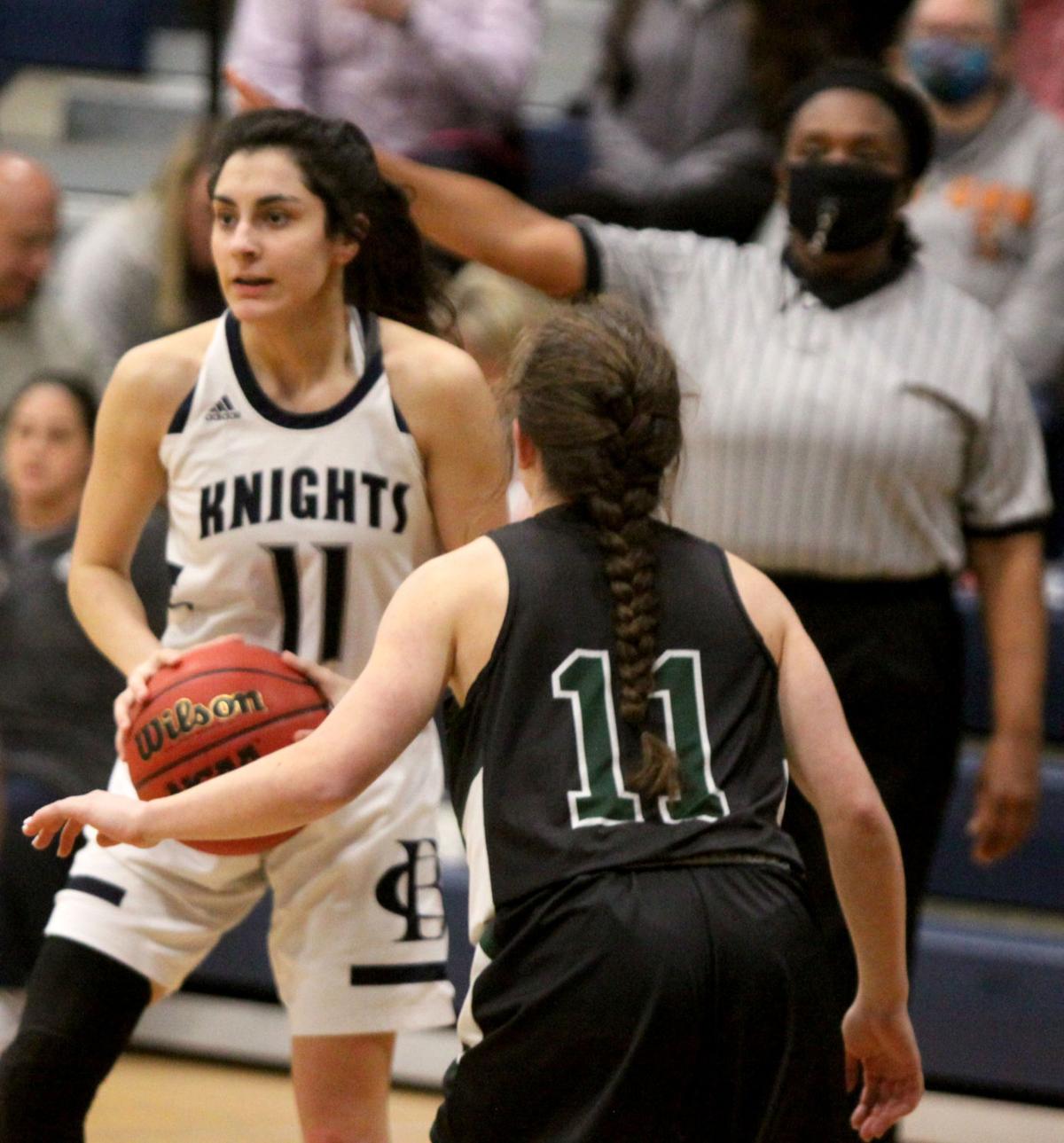 BCA coach Kevin Hall talks to his team between the third and fourth quarters of Friday's game.

BCA senior Drew Stiles drives toward the basket during the first half of Friday's game.

BCA senior Thomas Wilson makes a pass during the first half of Friday's game.

BCA's Audrey Fry looks to get the ball inside during the first half of Friday's game against Westfield.

BCA senior Brooke Peevy had a team-high 12 points in Friday's loss to Westfield.

After a slow start to the season, Bethlehem Christian Academy first-year head boys’ basketball coach Kevin Hall is starting to see his team play its best basketball of the year with the postseason fast approaching.

The Knights picked up one of their biggest wins on the year Friday, Jan. 29, riding a crucial 8-0 run in the final two minutes to a 57-54 victory over The Westfield School on senior night and in their 2020-21 home finale. It was the fourth win in five games for the Knights (5-9, 3-2 GISA Region 4-AAA entering their Tuesday, Feb. 2 non-region game at Westminster Christian in Watkinsville), and the victory moved them into second place in the region standings.

BCA’s only loss in the recent string of success came Jan. 26 in a 63-45 setback to undefeated John Milledge Academy, which sits atop the region.

“I thought we showed a lot of poise tonight, and this win showed our team is really growing,” Hall said after Friday’s win. “We had a short time to all work together in the preseason after we added the football players. But we are starting to play our best basketball, and that’s refreshing to see. The guys are really starting to trust each other and play together.”

Friday’s game was a tight one throughout, in which no team led by more than two possessions. Westfield (4-10, 2-2) built a six-point lead at 28-22 late in the first half before the Knights closed out the half on a 4-0 run, courtesy of four free throws from senior Thomas Wilson.

The Hornets held onto that slim two-point lead (42-40) at the end of the third quarter, but the final period in many ways became the “Mason Massengale Show.” The senior forward scored 13 of his game-high 24 points over the final eight minutes, hitting a pair of 3-pointers and going 7-of-8 from the free-throw line to fuel the Knights’ comeback.

After neither team recorded a bucket in the first two minutes of the fourth quarter, Massengale drove hard to the basket and was fouled from behind, skidding out of bounds into the wall padding. The somewhat chippy exchange with the Westfield player that ensued seemed to ignite a fire in Massengale, who sank both his free throws to tie the game and then connected on a pair of threes later in the period to keep BCA within one at 49-48.

Down 51-48 with under two minutes to go, the Knights finally made their move. Luke Sheats’ 3-pointer with 1:49 left tied it at 51-51 and, after an offensive foul on the other end of the floor by Westfield, Massengale put the Knights ahead for good with a pair of free throws.

BCA would go to collect three more free throws from Timothy Doolittle and Massengale to build a 56-51 advantage with 22.8 seconds remaining, but the Hornets would not go away and got a 3-pointer from JB Bearden to cut the deficit to two with 13.4 seconds left.

Massengale went on to hit one of two free throws on his next trip to the line and then made a huge defensive play, sticking tightly to Bearden, whose last-second 3-point attempt fell off the mark.

“I’m proud of him and the way he played, especially with the emotion of senior night,” Hall said of Massengale. “The way he shared the ball and took the right shots at the right times, I thought it spoke volumes of playing together and showed that concept of patience and poise. He had 24 points, but they were all really good shots. It was testy at the end there with some hard fouls, but he kept his composure. Some players can get outside of their game when that happens, but I’m so proud of him for how he stayed within his game.

“I think switching up our defense there at the start of the fourth quarter caught them off guard a little bit. We did a good job for the most part of defending that back-screen flex, even though we had some mental lapses. And just poise and patience on offense helped too.”

Drew Stiles and Sheats finished with 9 points apiece for the Knights, while Simon Steele chipped in 7 points, and Wilson and Doolittle added 4 apiece.

After Tuesday’s game at Westminster Christian, the Knights will be back in region action Friday, Feb. 5, at Westminster School in Augusta and will then travel to region opponents Young Americans Christian and John Milledge in the final week of the regular season, Feb. 9 and Feb. 12 before the region tournament at JMA the following week.

“We’re just going to be trying to make as many fine-tune adjustments, especially on defense, as we can over these final few regular-season games,” Hall said. “It’s a game of cycles and runs, and if we can keep our momentum going and build on the success we’re having, we can be in good shape. John Milledge is going to be the team to beat, so can we get better to that point where we get another chance against them, and can we get our guys prepared?”

In the girls’ game Friday, Westfield dominated from start to finish, shutting out the Lady Knights in the first quarter with a 13-0 run and building a 30-5 cushion at the break.

The Lady Hornets improved to 11-2 overall and 3-1 in region play, while BCA dropped to 3-8 and 0-5. The Lady Knights were led by senior Brooke Peevy, who scored 12 points on four 3-pointers. Audrey Fry recorded the other 4 points for BCA.