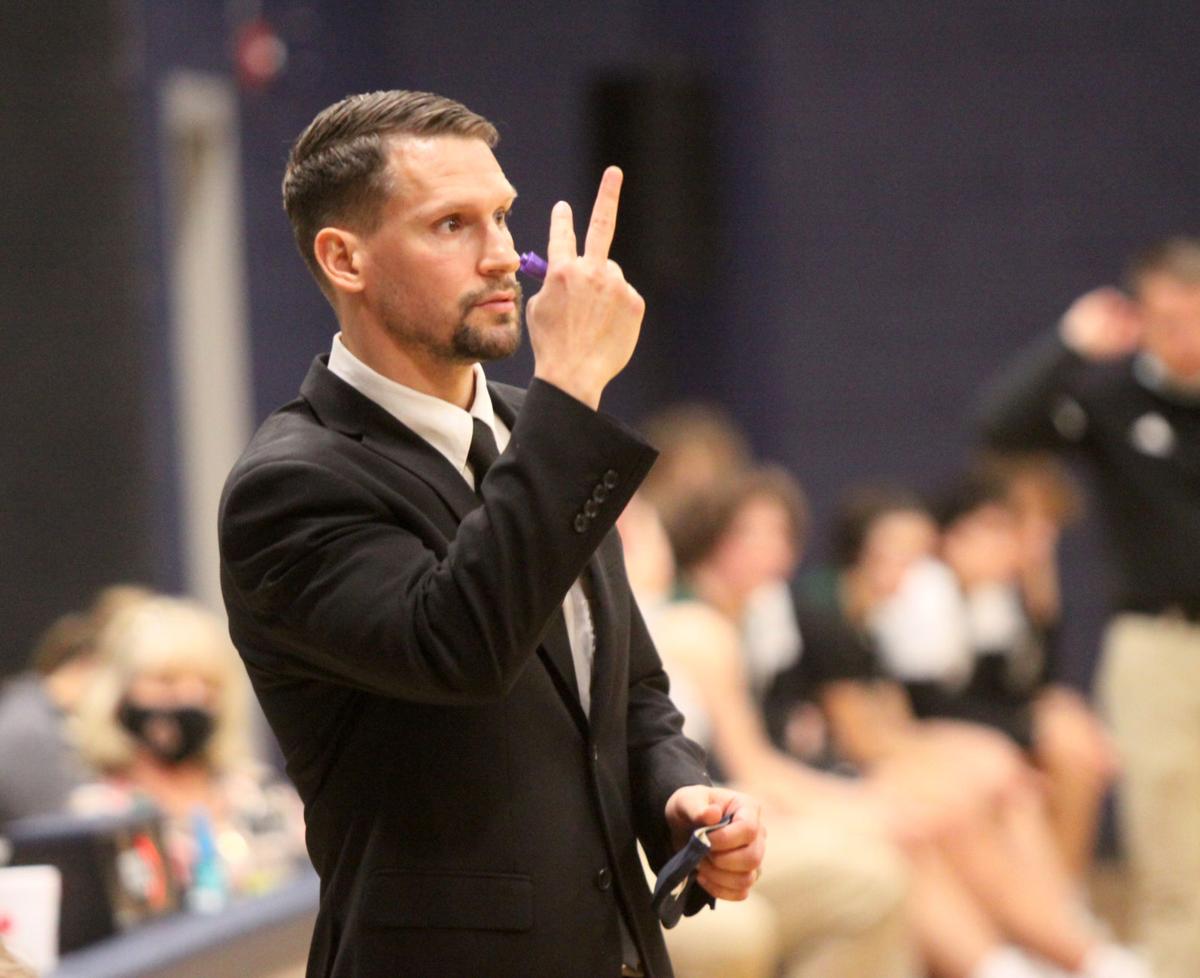 BCA coach Kevin Hall and the Knights finished the season 9-12 but were 8-4 over the final 12 games. The Knights lost 56-53 to Bulloch Academy in the first round of the GISA Class AAA playoffs Feb. 24. 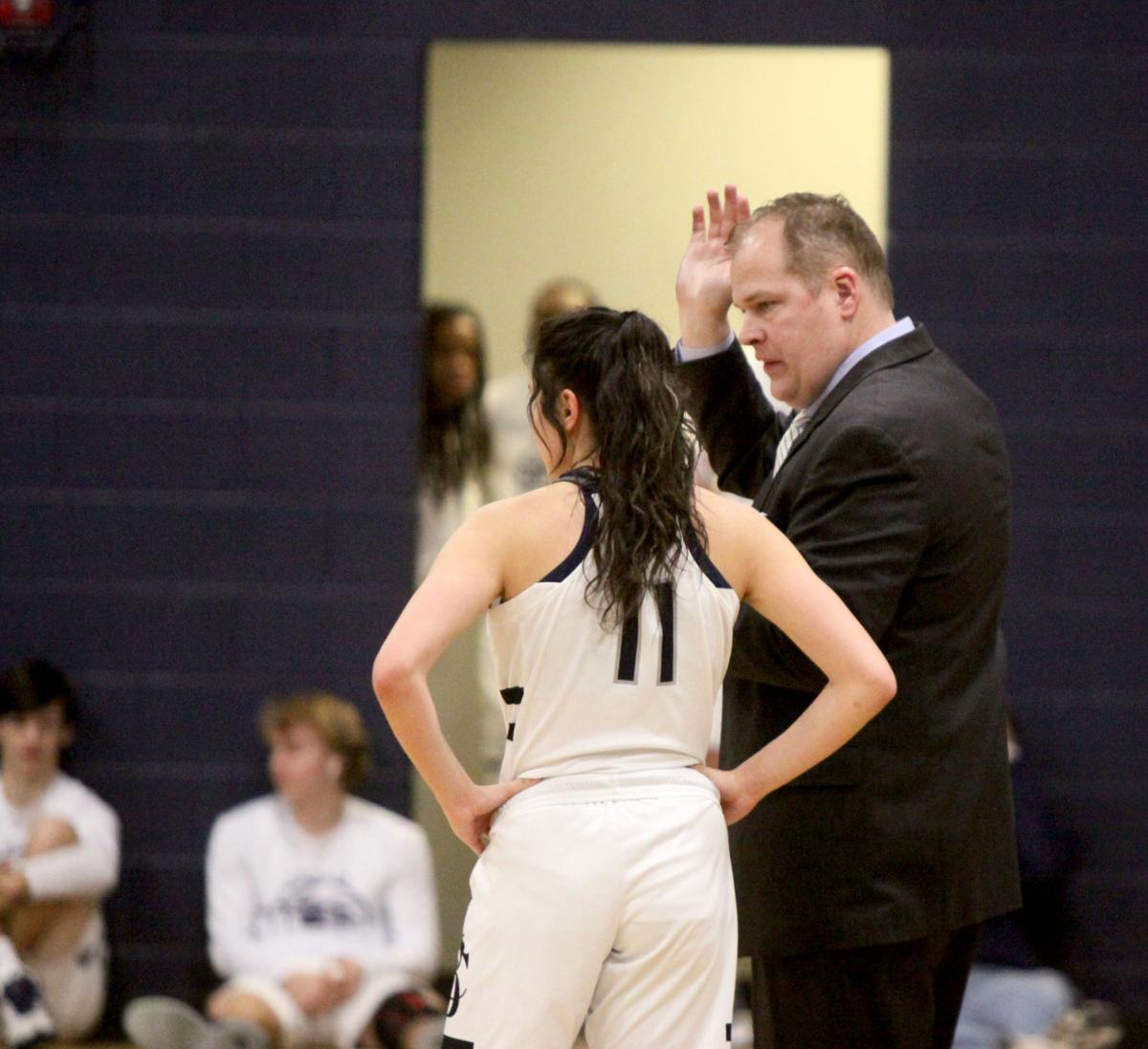 Coach Jason Smith and the BCA girls finished the 2020-21 season 5-12, losing at Bulloch Academy in the first round of the state playoffs Feb. 23.

BCA coach Kevin Hall and the Knights finished the season 9-12 but were 8-4 over the final 12 games. The Knights lost 56-53 to Bulloch Academy in the first round of the GISA Class AAA playoffs Feb. 24.

Coach Jason Smith and the BCA girls finished the 2020-21 season 5-12, losing at Bulloch Academy in the first round of the state playoffs Feb. 23.

The Bethlehem Christian Academy boys’ basketball had its chances to upset Bulloch Academy on the road Wednesday, Feb. 24, in the first round of the GISA Class AAA playoffs. But the one player for the Gators who concerned the Knights the most going into the matchup squashed those hopes late.

Senior point guard Ryan Swanson knocked down a game-tying three-pointer in the final minute, and Bulloch Academy went on for a 56-53 win in Statesboro. Swanson finished with a game-high 27 points, as the Gators advanced to the Elite Eight. Game stats weren’t immediately available for BCA, which finished the season 9-12 in its first season under Kevin Hall.

The Knights entered the game seeded 11th out of the 16-team state tournament field, while the Gators were seeded No. 6.

After Swanson’s game-tying three, the Knights missed a would-be go-ahead shot on the ensuing possession and then gave up a go-ahead layup while trying to foul. Down by three, BCA had one final chance, but a 3-point attempt was off the mark and the Gators secured the win.

“It was a good game and a disappointing finish for us,” BCA coach Kevin Hall said Thursday, Feb. 25. “(Swanson is) a heck of a player, and he nailed that contested three with Simon (Steele), our best defender, right there on him. We felt good about where we were at there late, and he hits that shot out of nowhere. We played good defense; we just couldn’t get it done in the end. Those losses are tough, when it’s back and forth all game. The kid just made a good play against us.”

After a disjointed 1-8 start to the 2020-21 campaign in year one under Hall, BCA’s third head coach in as many seasons, the Knights played much better basketball in the back half, going 8-4 over the final 12 games, starting with a 56-48 win over Westminster of Augusta on Jan. 19. Prior to Tuesday’s loss at Bulloch Academy, all three of the other losses in that back stretch came the hands of region foe and top-ranked John Milledge Academy, which ran its record to 24-1 with its first-round win.

BCA is losing five seniors — Massengale, Steele, Drew Stiles, Ethan Guthas and Thomas Wilson — but will also return some talented players next season. Sophomore Timothy Doolittle was another top defensive player for the Knights, Sheats made key contributions inside off the bench, and freshman Johnny Dickinson, Hall said, has the potential to be one of the top high school players in the area.

“It was a good finish overall to the season when they could have packed it in early with a new coach, not really having a preseason and our football guys, a majority of the team, not arriving until we had already started the season,” Hall said. “I don’t think we get to really fully establish a culture and style of play. Like I told the guys, it’s like we met and got married and we didn’t have a chance to court each other. But I was proud of their effort and the way they got acclimated after a rough start. Being 1-8, they could have left that cloud hanging over them and finished on a poor note, but we finished pretty strong.

“That’s something to be proud of, and I hope that perseverance sets a foundation of hope for the returning players and new guys to buy into next year. I think the future is bright.”

The 12th-seeded BCA girls also were denied an upset bid at fifth-seeded Bulloch Academy in their first-round matchup Tuesday, Feb. 23, as the Lady Gators cruised to an easy 54-12 victory.

The Lady Knights finished 5-12 in their first season under Jason Smith. BCA will be losing three seniors with the departure of Brooke Peevy, Autumn Shepherd and Clancy Bourbeau, but all the Knights’ other players will be slated to return, along with talented scorer Jadyn Goddard who missed her junior season due to a knee injury.

“We have come a long way as we rebuild with a number of underclassmen,” Smith said. “Many of our players have had to play out of position this season, and the willingness of the ladies to both adjust and learn has been encouraging and inspirational.

“It was difficult at times, yet they continued to work hard and improved greatly as the season progressed.”