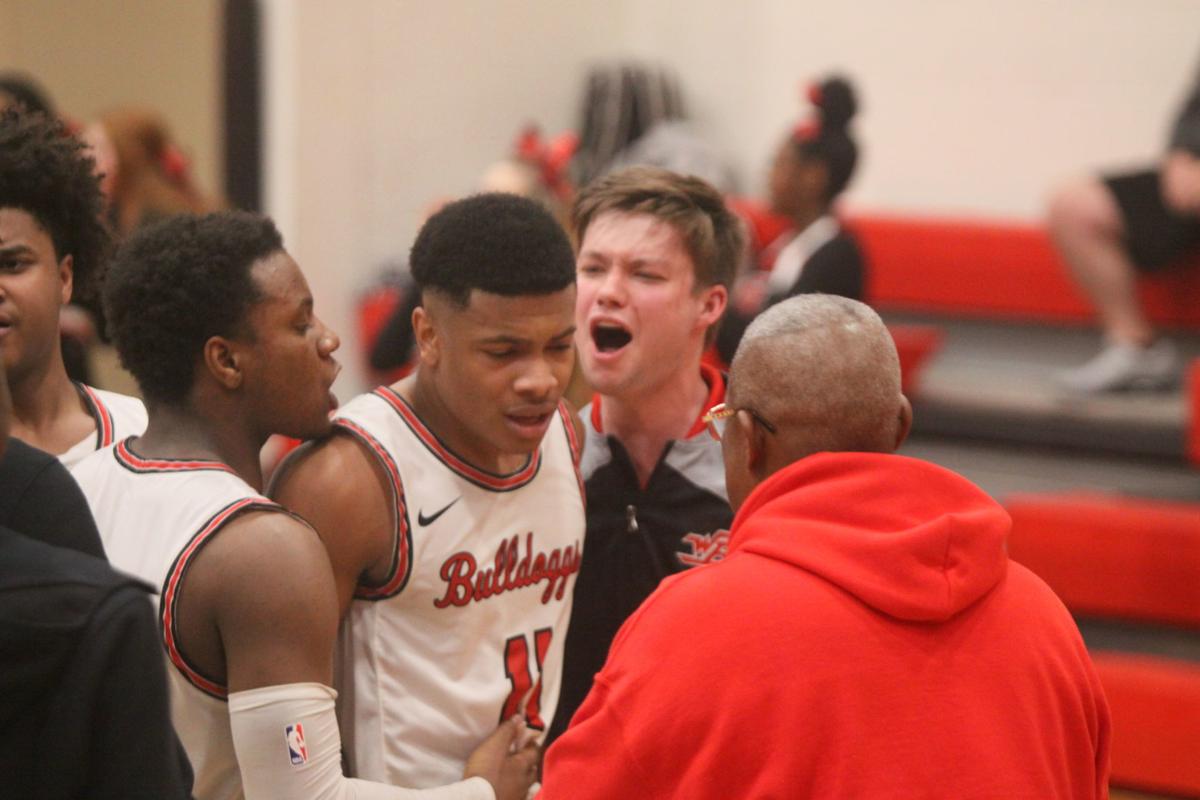 Winder-Barrow senior Tyreek Perkins celebrates with the Bulldoggs' bench after scoring the go-ahead basket in the fourth quarter against Habersham Central in the first round of the GHSA Region 8-AAAAAA tournament at Gainesville High School on Feb. 6. 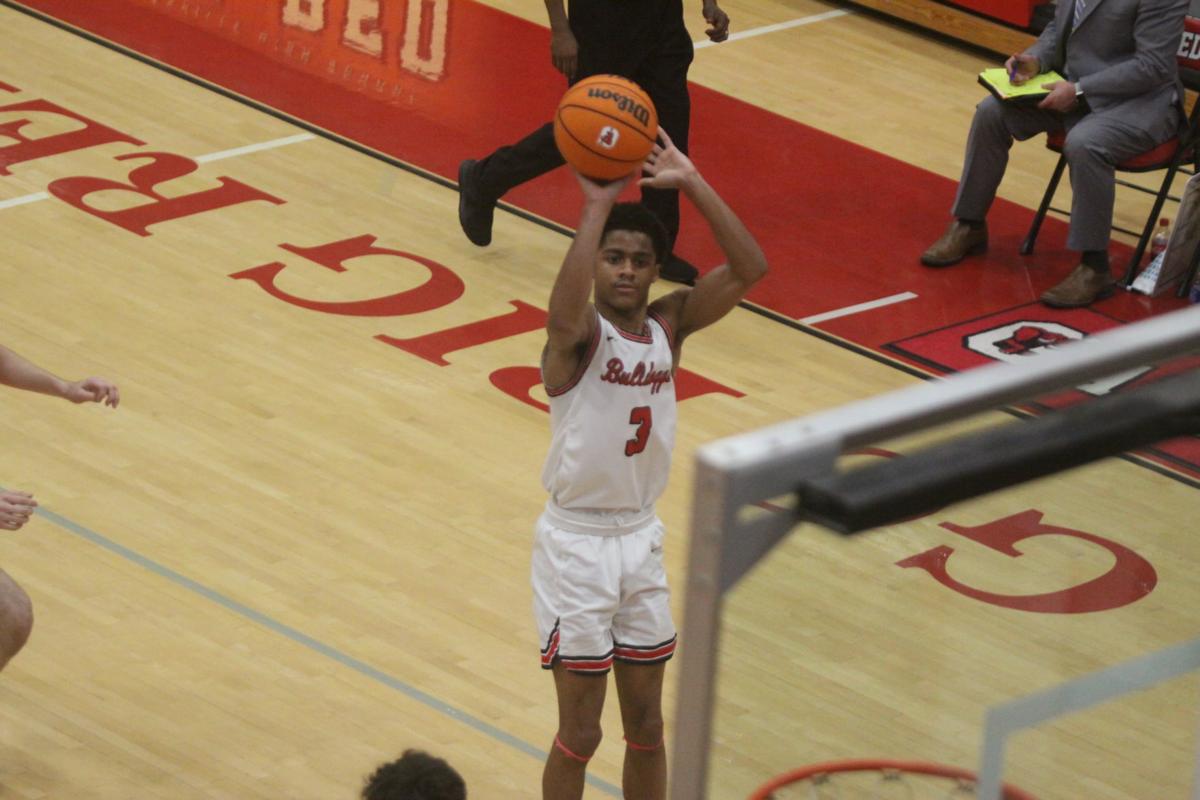 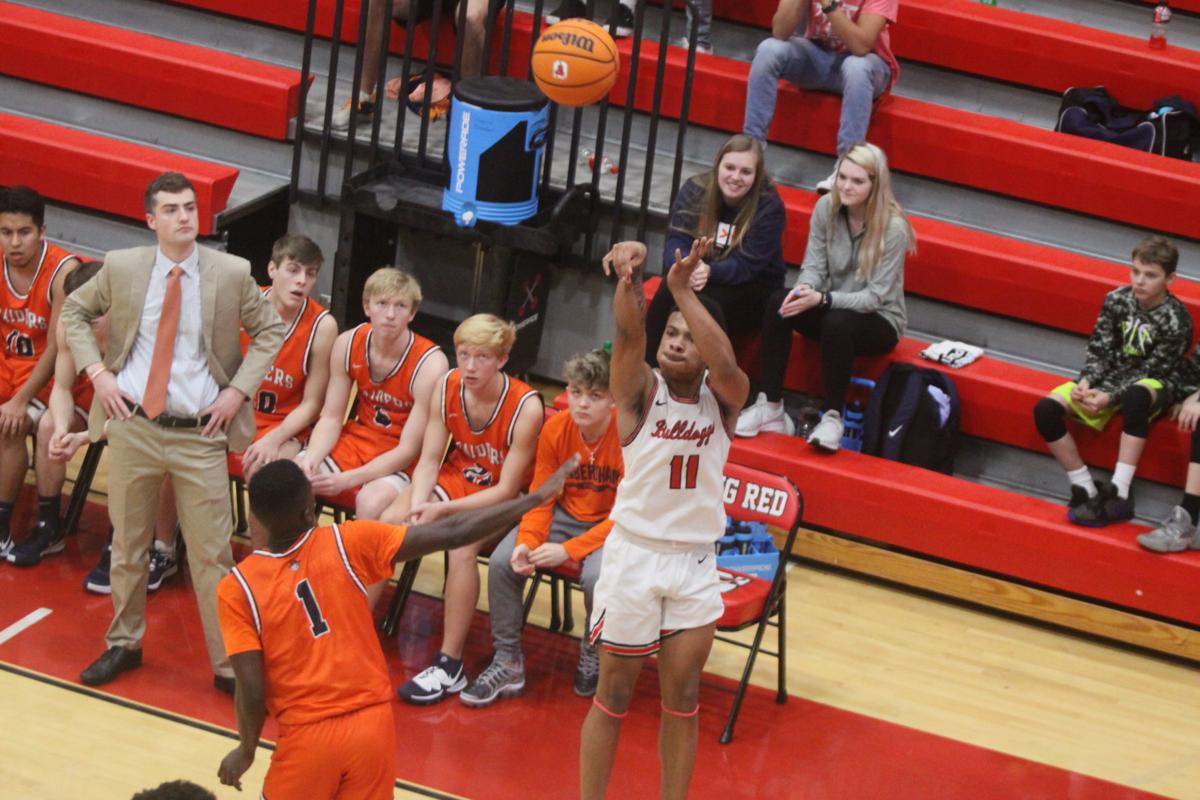 Winder-Barrow's Tyreek shoots a 3-pointer in the first half against Habersham Central. 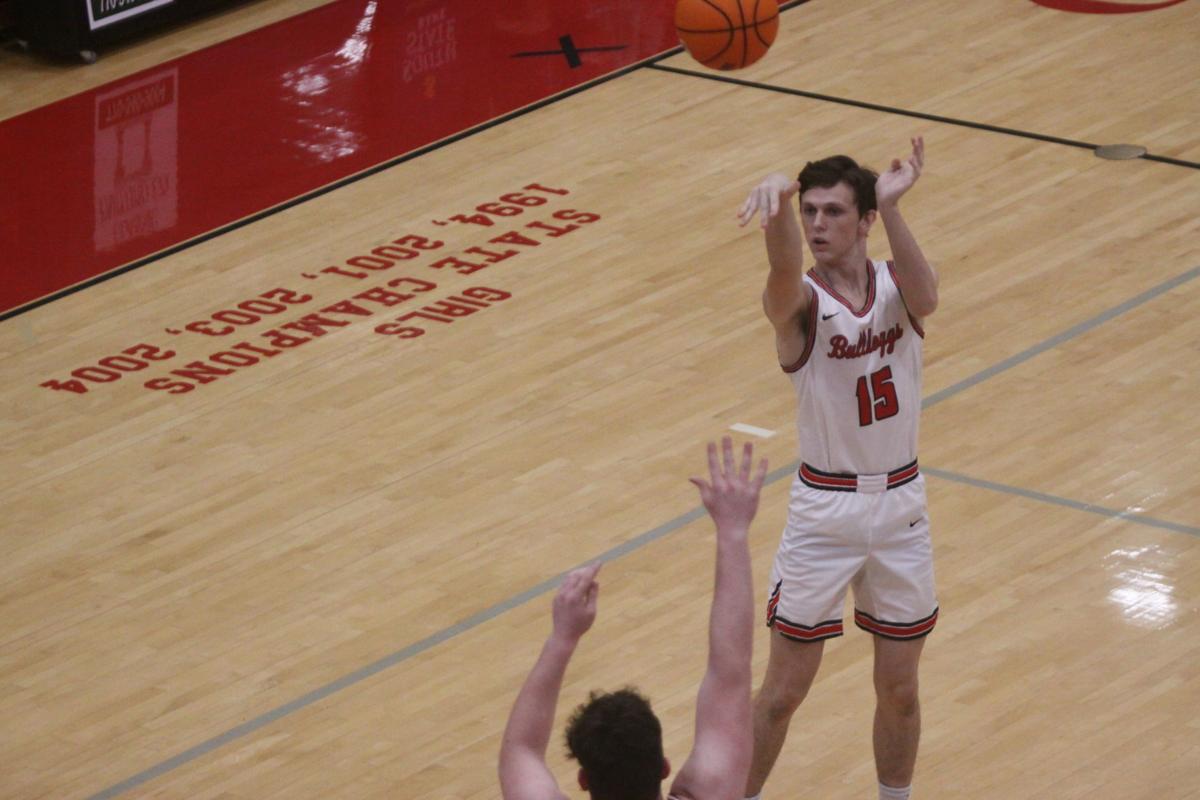 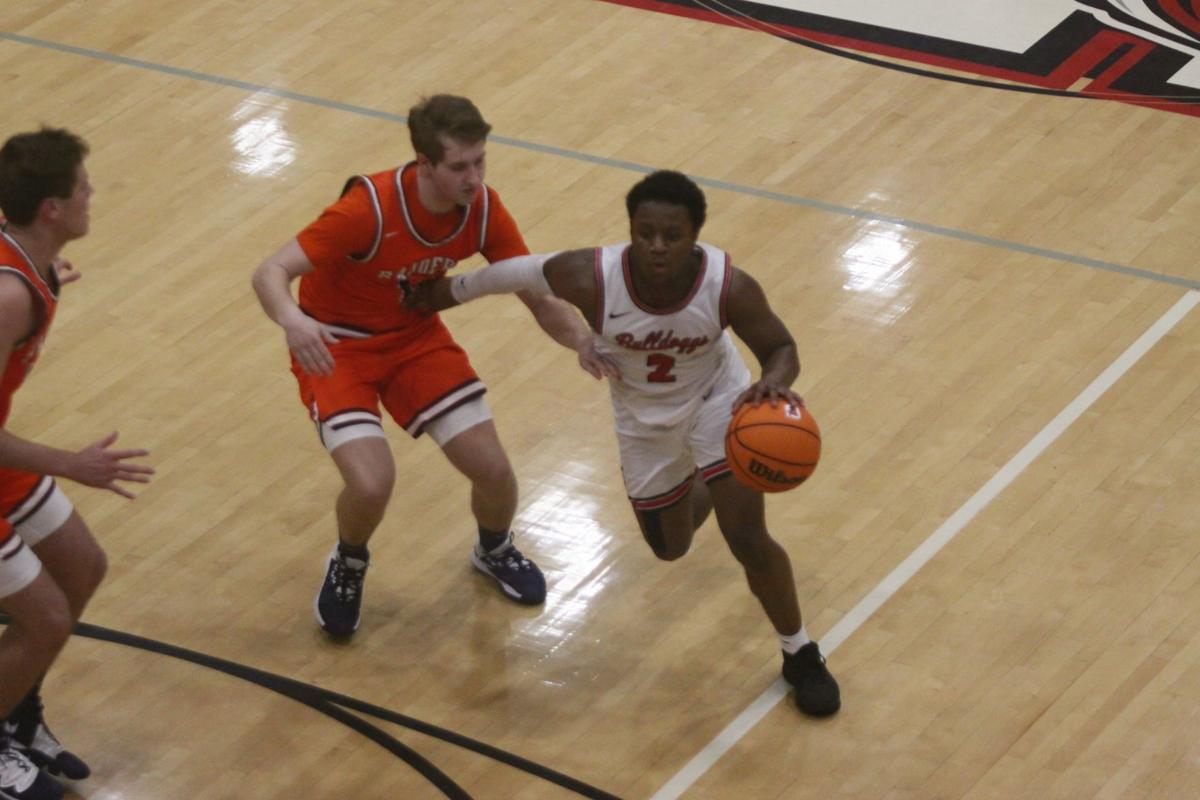 Winder-Barrow senior Tyreek Perkins celebrates with the Bulldoggs' bench after scoring the go-ahead basket in the fourth quarter against Habersham Central in the first round of the GHSA Region 8-AAAAAA tournament at Gainesville High School on Feb. 6.

Winder-Barrow's Tyreek shoots a 3-pointer in the first half against Habersham Central.

Things seemed pretty bleak for the Winder-Barrow boys’ basketball team with 11 minutes to play Feb. 6 in the first round of the GHSA Region 8-AAAAAA tournament. The Bulldoggs trailed by 15 points and were on the verge of seeing a turnaround season under first-year head coach Travis McDaniel come to a bitter and premature end.

But Tyreek Perkins was having none of it.

The senior guard scored 22 points after halftime and led the Bulldoggs to a stirring, come-from-behind, 77-68 overtime win against Habersham Central at Gainesville High School. The Bulldoggs snapped a three-year state playoff drought with the victory.

“It’s a testament to our kids and our seniors; those guys have fought tooth and nail all season, and they’re warriors,” said McDaniel, whose team lost 71-38 to Gainesville on Friday, Feb. 7, in the semifinals after a short turnaround and then dropped the third-place consolation game 59-57 to Dacula on Monday, Feb. 10.

McDaniel said his team is ecstatic to be back in the playoffs.

“We talked from the day we got here about how things have got to be different,” McDaniel said. We needed to work hard enough to where we expected to win, and we’ve been able to do that.”

The Bulldoggs trailed Habersham 31-26 at halftime and then got off to a disastrous start in the third quarter as the Raiders went on a 13-3 run, ballooning their lead up to 44-29. Winder-Barrow went without a field goal in the third until Tim Loud’s 3-pointer at the 2:18 mark, but the tide began to turn when Perkins’ three with five seconds left in the period cut the deficit to 51-42.

Perkins, who finished with a game-high 31 points and played nearly 36 minutes before fouling out, continued to be animated on the court and over by the bench during timeouts throughout the fourth quarter and put the team on his back, finally tying the game on a jumper with 1:06 remaining in regulation and then driving the lane for a left-handed layup with 10.3 seconds to go, which gave the Bulldoggs a 64-62 lead.

The Raiders, though, forced overtime on a pair of free throws by Malachi Dooley with 4.8 seconds left, but the overtime period belonged to Winder-Barrow. Loud hit a three to start the extra session and then stole a pass and took it to the rim, giving the Bulldoggs a 69-64 lead that they continued to build on to close the game out.

“Credit to Habersham, their coach had them well-prepared and we couldn’t guard them, but we just kept battling,” McDaniel said. “Their game plan was to sag off our guards and take away the 6-foot-10 kid (Bulldogg junior forward Isaiah Nelson-Ododa). They did a good job of that, but in the second half we just went into heavy attack mode and just kept trying to give the ball to Tyreek, and he made all the plays. And then Tim Loud, that kid’s incredible. He was in the gym every day at 6 a.m. (last week) shooting the ball. I’m very happy that he made the impact that he did because that kind of hard work should be rewarded.”

In Monday’s consolation game, the Bulldoggs trailed by six at the half, took a one-point lead in the third but watched Dacula regain control and couldn’t catch up. The Falcons benefited from 16 points off their bench to win for the first time in three tries against the Bulldoggs this year.

Perkins led the Bulldoggs with 18 points, while Nelson-Ododa chipped in 13 and Cam Stillwell finished with 11.

The Bulldoggs will face a stiff test Friday in the first round against South Cobb (25-2). The Eagles feature a deep and talented roster, including 6-foot-6 Illinois State commit Emon Washington, who enters the game averaging 24 points. Sophomore guard Zocko Littleton already has multiple major Division I offers as well, McDaniel said.

“They’re long, athletic and play extremely hard,” McDaniel said. “We’ve definitely got to be able to handle their pressure and limit turnovers. They’re aggressive going to the offensive backboard so we’ve got to do a great job of rebounding and limiting their second-chance opportunities. They’re rugged and athletic, and so we’ve just got to be tougher than them.

“It’s going to be quite a challenge going on the road. But I’ll say this about our guys; I don’t think they’re going to back down or be scared of anybody. We’re not going to travel over there planning to lose, that’s for sure.”