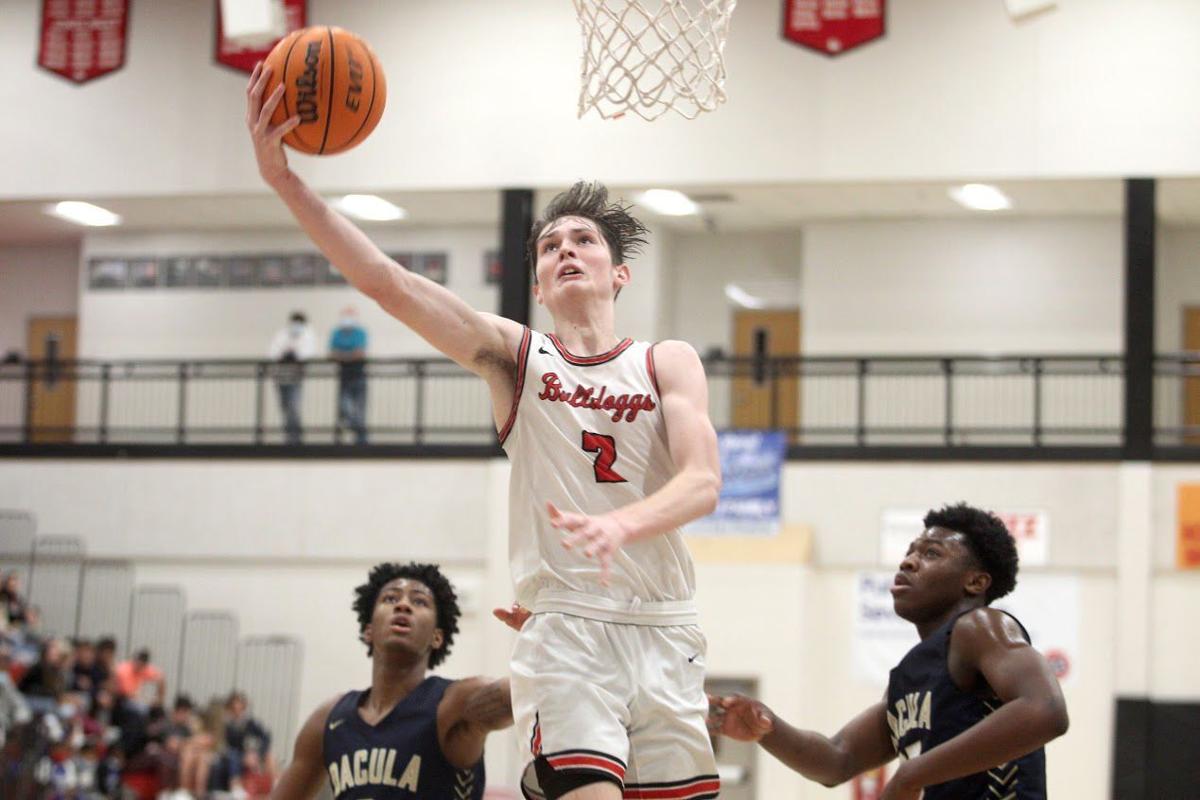 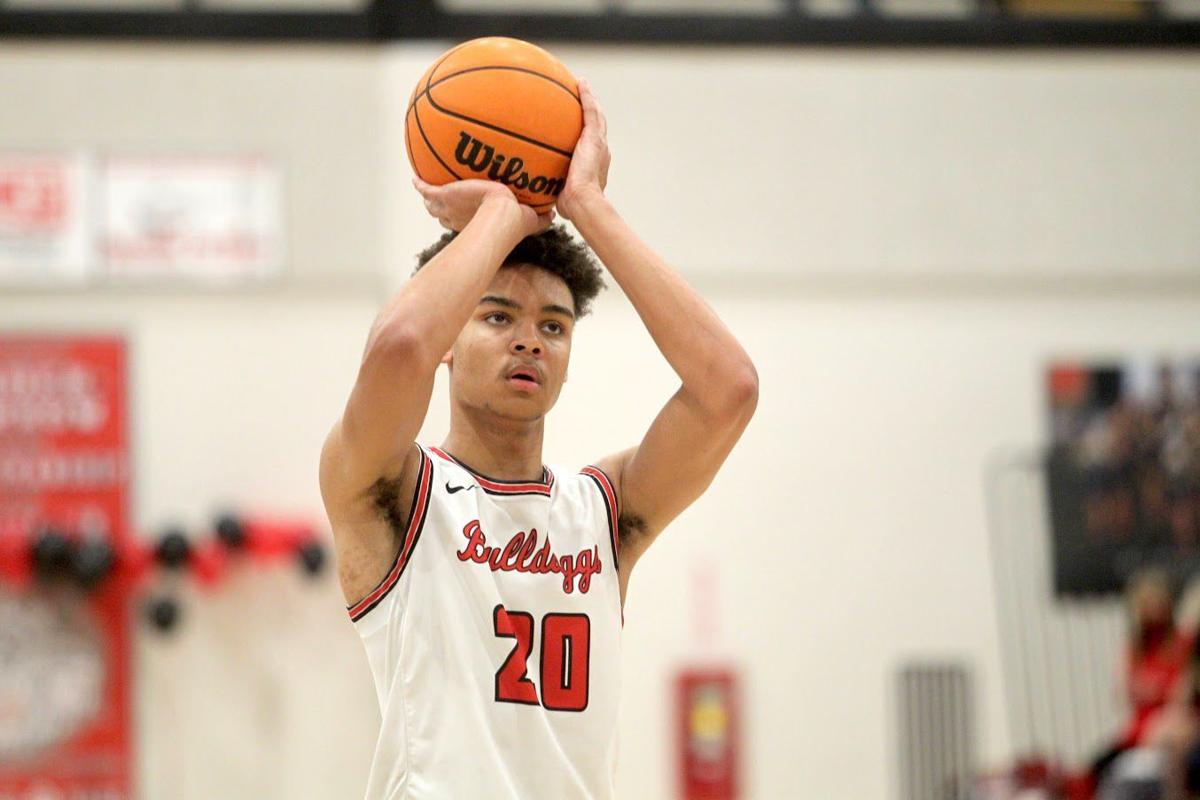 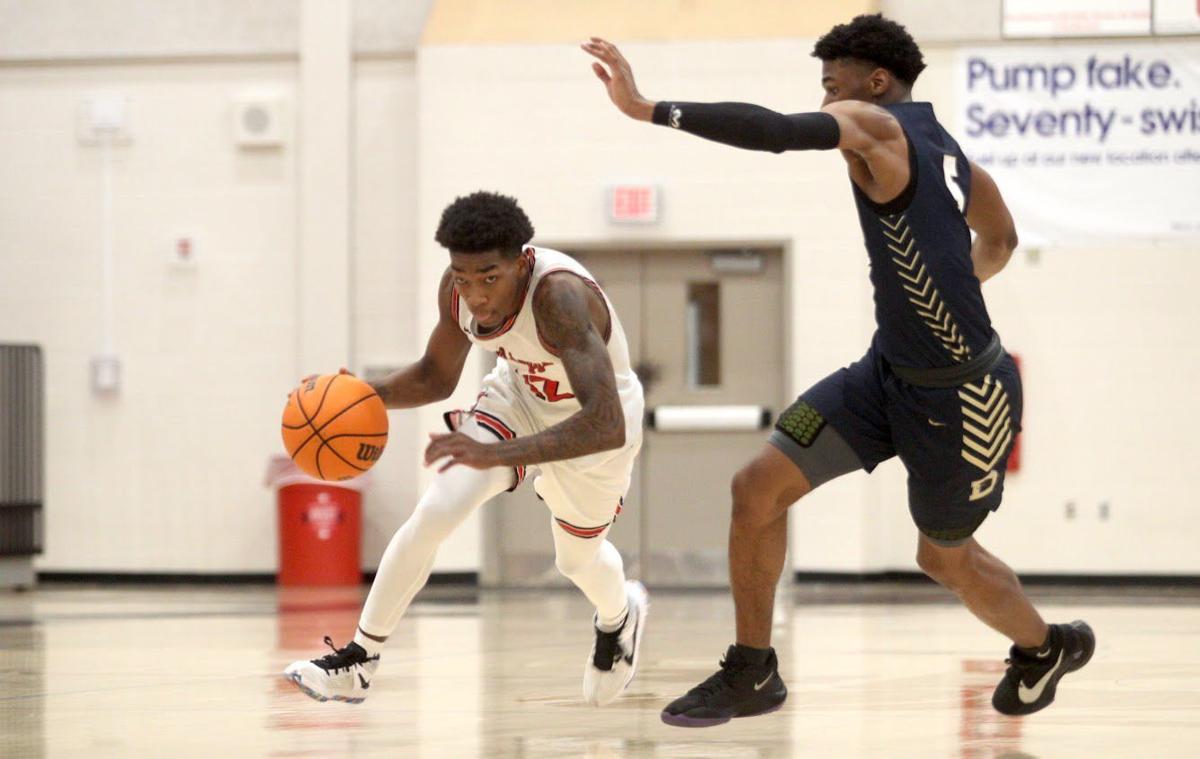 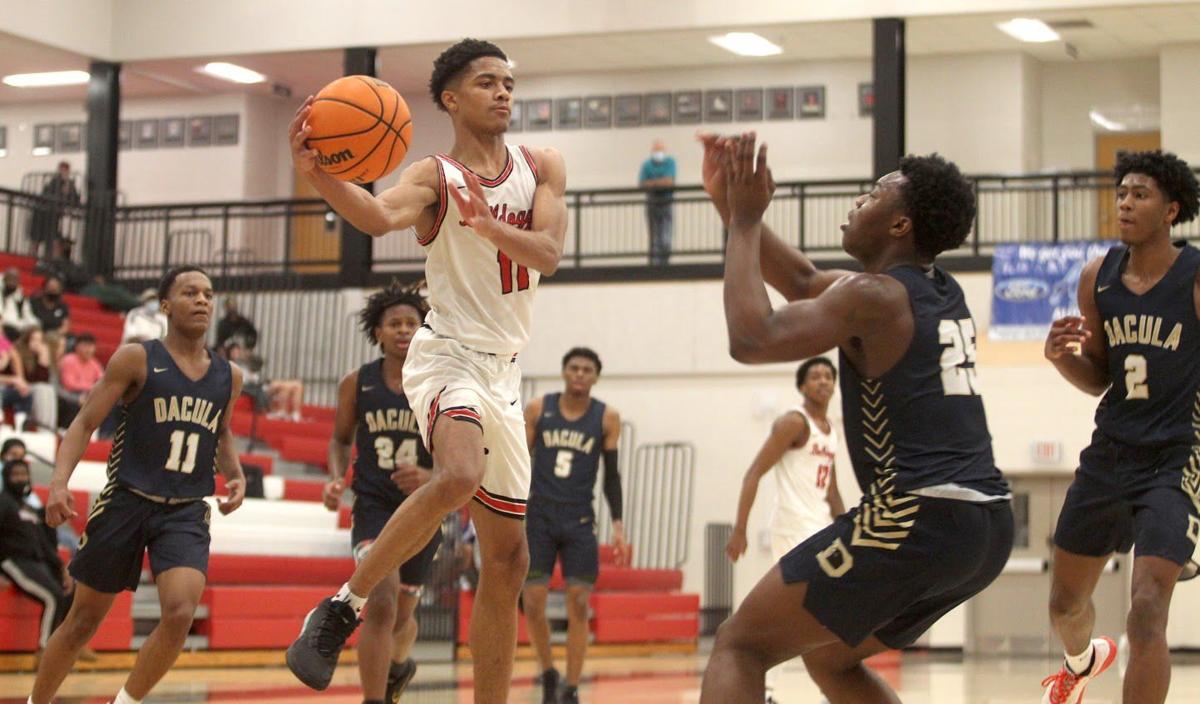 Winder-Barrow's Ahmad Scott looks to pass the ball off during Tuesday's game. 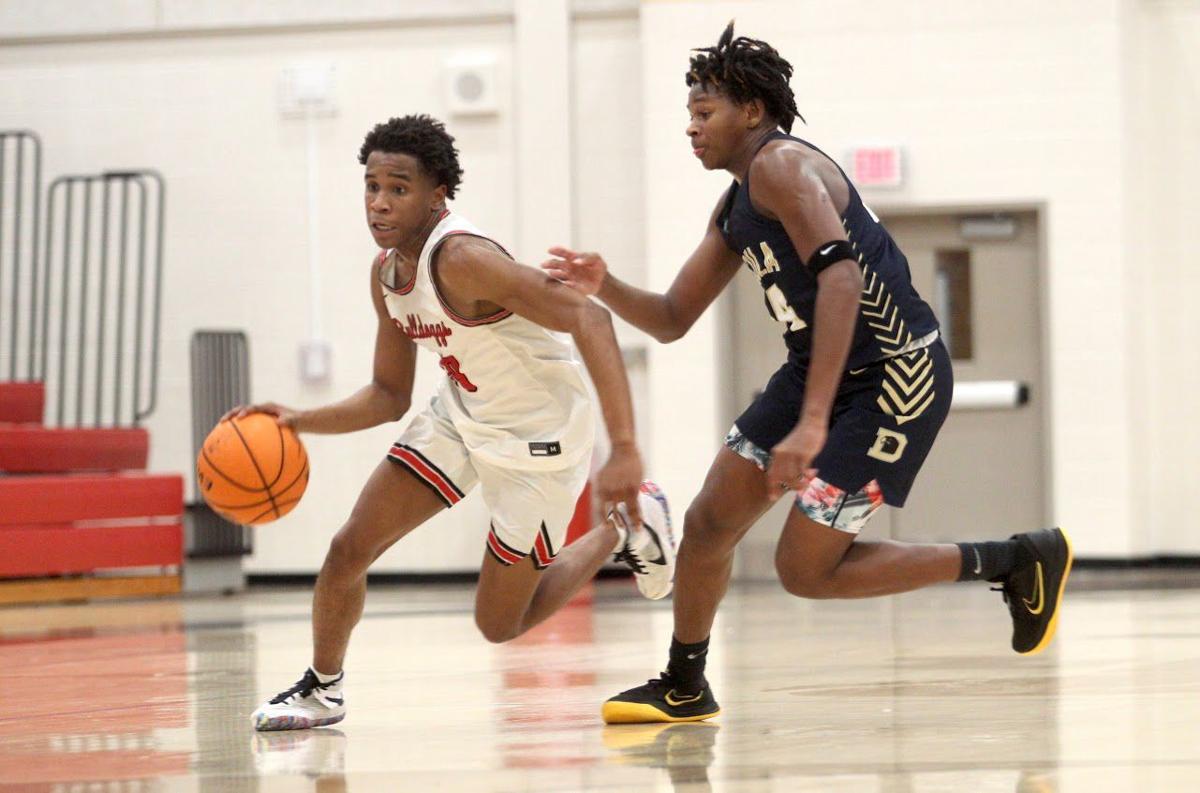 Winder-Barrow's Tim Loud pushes the ball up the court during Tuesday's game. 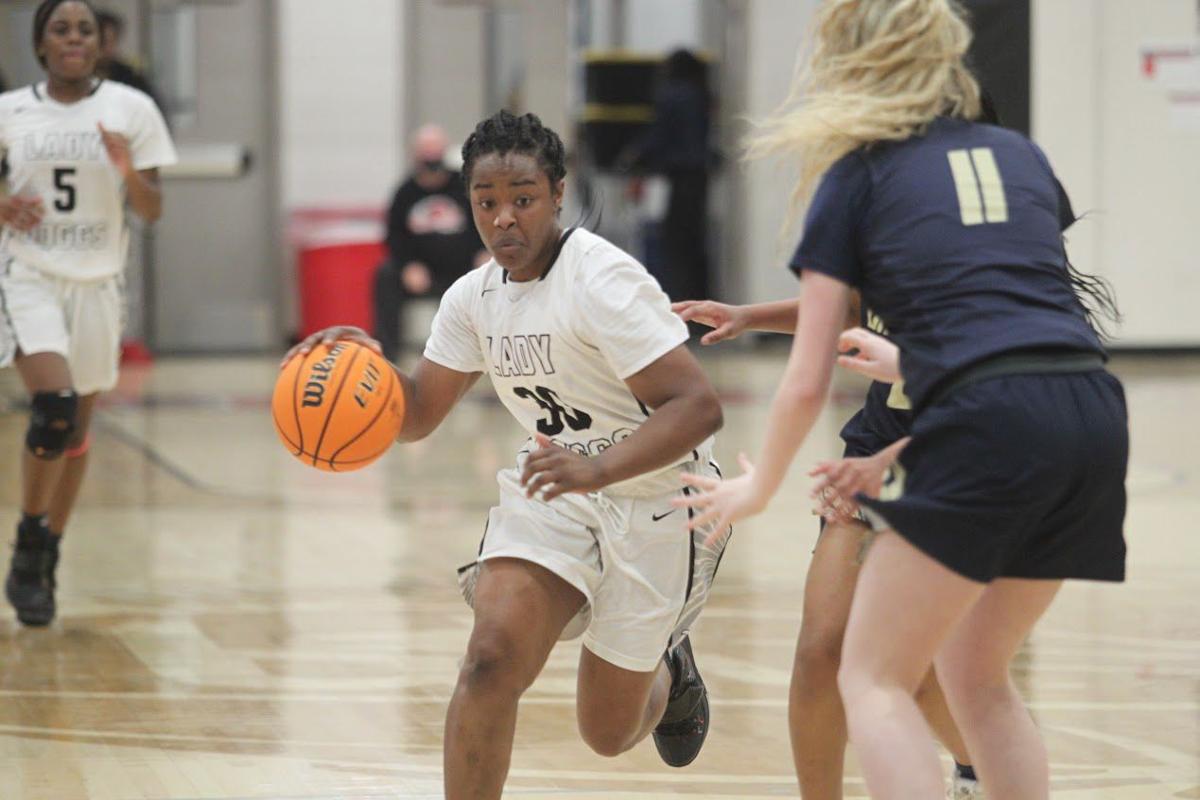 Winder-Barrow's Kiona Lindsay pushes the ball up the court Tuesday against Dacula. 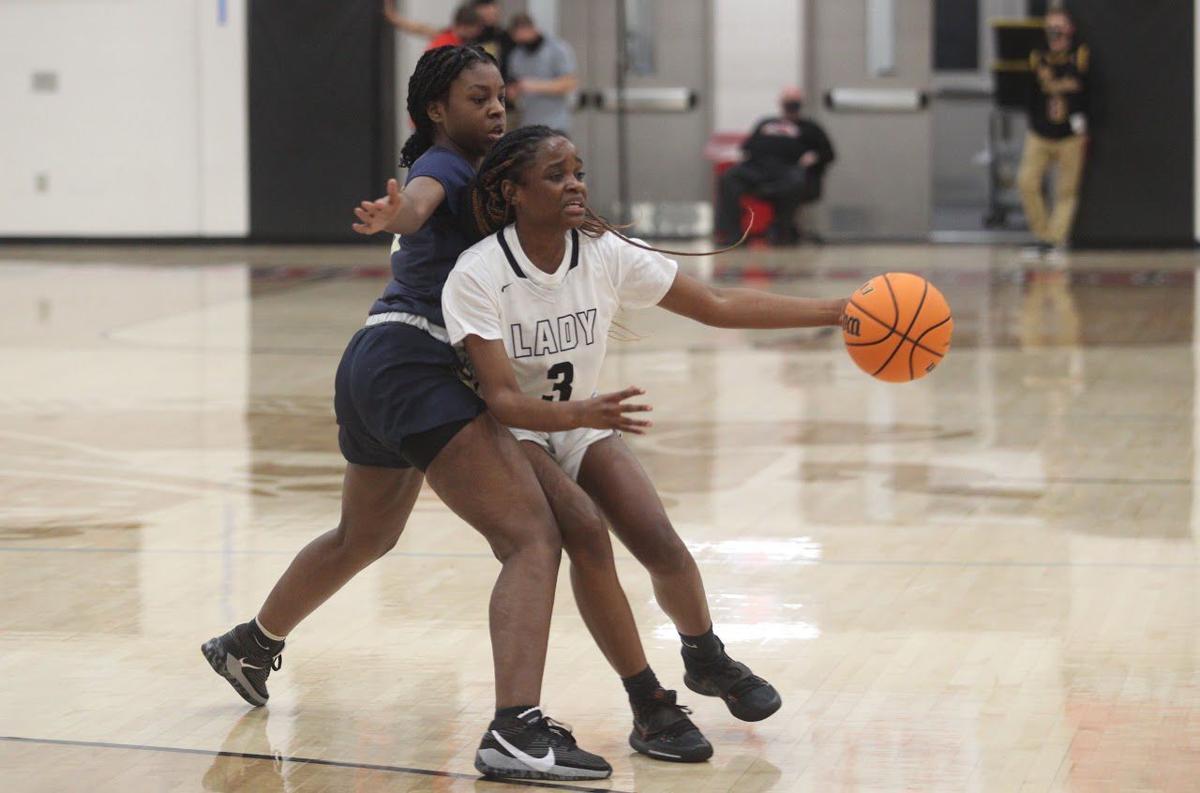 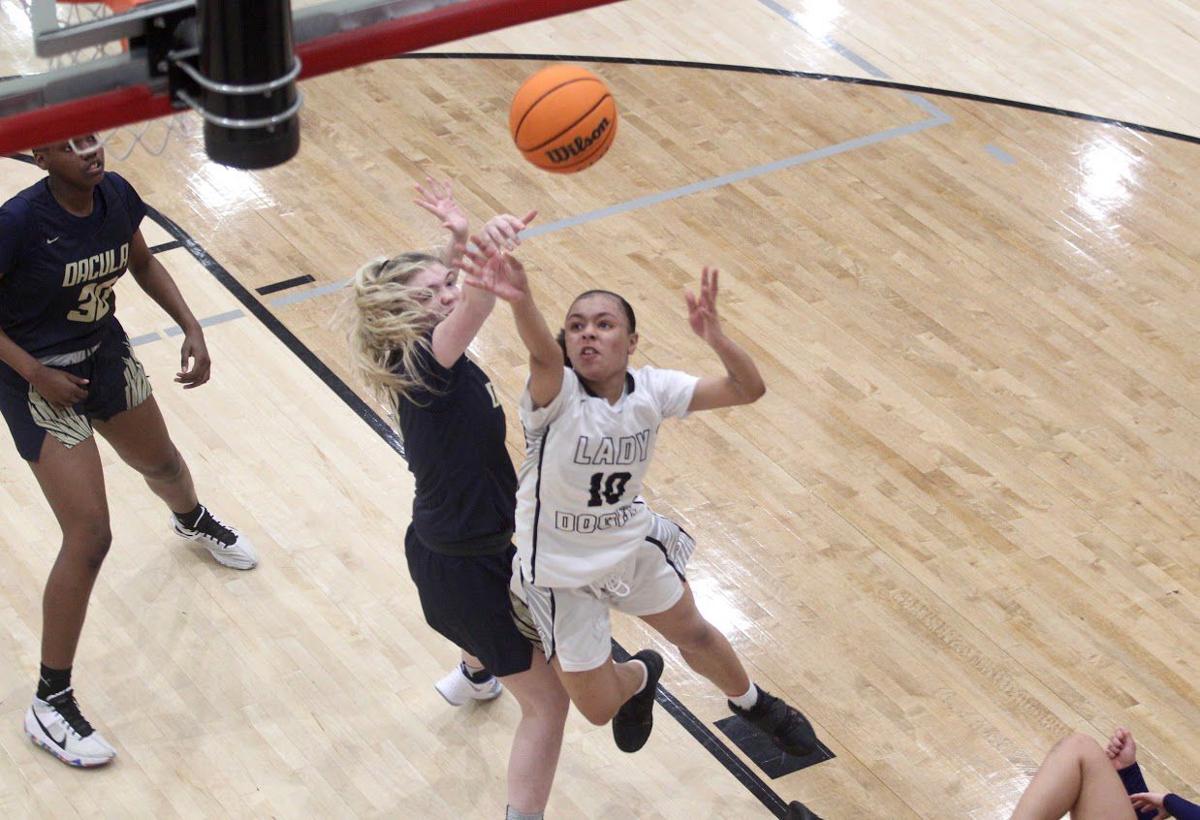 Winder-Barrow's Shauna Bolt goes for a basket during Tuesday's game against Dacula.

Winder-Barrow's Ahmad Scott looks to pass the ball off during Tuesday's game.

Winder-Barrow's Tim Loud pushes the ball up the court during Tuesday's game.

Winder-Barrow's Kiona Lindsay pushes the ball up the court Tuesday against Dacula.

Winder-Barrow's Shauna Bolt goes for a basket during Tuesday's game against Dacula.

The Winder-Barrow boys’ basketball team squandered a double-digit lead to Dacula back in December in an 18-point region loss.

The Bulldoggs made sure it didn’t happen again.

“I think our guys played with a little bit of a chip on our shoulder based on how that game went last time,” said Bulldogg coach Travis McDaniel, whose team led 16-3 in that first meeting before losing 57-39.

After their strong first quarter, the Bulldoggs led 24-7 midway through the second quarter after a 3-pointer from Alex Gibson en route to a 28-15 halftime lead. Winder-Barrow’s lead grew to 20 points (41-21) early in the fourth quarter.

“They came out with great intensity and executed the game plan and made a few shots,” McDaniel said of his players, “and was definitely, I thought, the aggressor, which was part of our game plan.”

A monster night from Isaiah Nelson-Ododo played a major factor, too.

“In his last four or five games, he’s been on a different level,” McDaniel said. “It’s finally starting to click. At times, you would see flashes, but the last four or five games, it hadn’t been flashes, it’s been full-go. I’m really proud of him … I’ve been preaching to him for a while, that when he’s locked in and engaged, he’s the best defensive player in the state.

“I can send that film right there to a lot of college coaches, and they’re going to be calling my phone.”

Nelson-Ododa’s night included a pair of rim-rattling dunks, the second of which came with 6:30 left when he caught a miss from Tim Loud off the rim and slammed it home to give the Bulldoggs a 43-24 lead.

Dacula cut into the lead late but never came closer than 12 points as Winder-Barrow notched its fourth win in five games.

Wyatt Fricks added 12 points for the Bulldoggs, and Loud finished with 11 points.

The 42 points surrendered by the Bulldoggs were the second-lowest allowed by the squad this year. Winder-Barrow limited Dacula’s Lamariyon Jordan to 15 points.

“Look, they’ve got probably one of the top two or three players in the region in No. 2, (Jordan),” McDaniel said. “He is an elite player. He’s only a sophomore. We tried to take him away as best we could …

“We think the key to them is really trying to limit him as best you can. You can’t stop him, but limit him, and then try to make some other guys make some plays, which they’re capable. But for us, I thought we did a good enough job of making it tough on them.”

The victory gives Winder-Barrow a half-game lead over Dacula (9-10, 3-4 region) for fourth place in the region standings.

“We’ve still got, I think, four games left, all on the road, and we’ve got some of the better teams ahead of us that we competed really well with the first time through,” McDaniel said. “We’ve just got to go out there and try to win one or two of those on the road.”

The win also made for a happy senior night for the Bulldoggs’ four seniors.

“I could have pulled them out there towards the end, but it was senior night,” McDaniel said. “Hopefully, it’s not the last time we play on this court. Hopefully, we get to host a state tournament (game), but I was going to let those guys ride it out as best I could for sure.”

A bid for a successful senior night by Winder-Barrow’s girls was thwarted by a standout performance from one of the state and nation’s best players.

The Bulldoggs never led the entire night, but tied the game at 42-42 when another senior, Teonna Hamler, buried a 3-pointer with 1:45 left.

But Spearman answered with a basket with 1:15 remaining and then knocked down a pair of free throws at the 28-second mark, pushing the Dacula lead to 46-42. The Falcons’ Kierra Barnwell added a free throw with 14 seconds left.

Keonna Hamler kept the Bulldoggs’ hopes alive with a 3-pointer with eight seconds remaining, cutting the Falcon lead to 47-45.

But Dacula’s Mekera Standridge hit a free throw with six seconds left, and Lindsay, bypassing a 3-point attempt, missed a layup in the waning seconds as the game ended.

Spearman scored 21 points in the first half — with a large chunk of those points coming on put-backs — as Dacula led 28-19 at halftime.

But Winder-Barrow limited Spearman to just two third-quarter points as the Bulldoggs trailed 35-33 heading into the fourth quarter.

The Bulldoggs travel to Lanier on Friday for a 6 p.m. start.