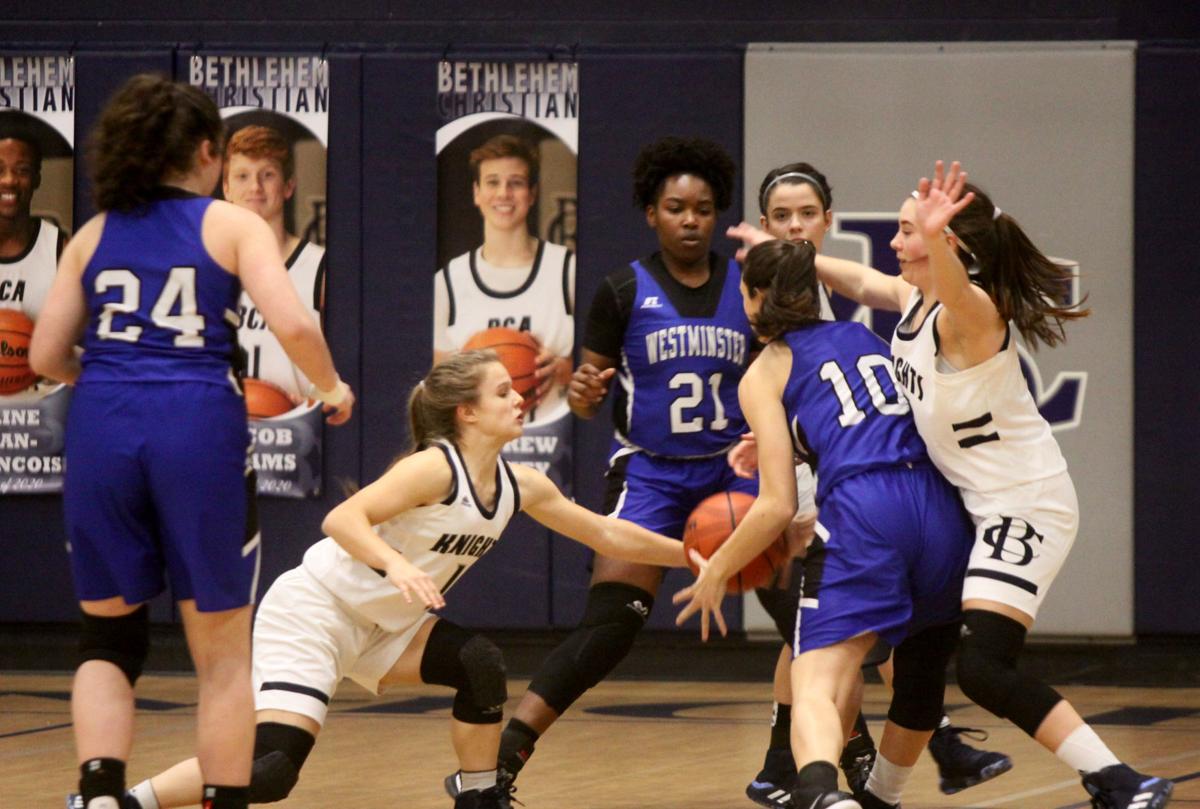 BCA's defense tries to get a stop during the first half against Westminster. 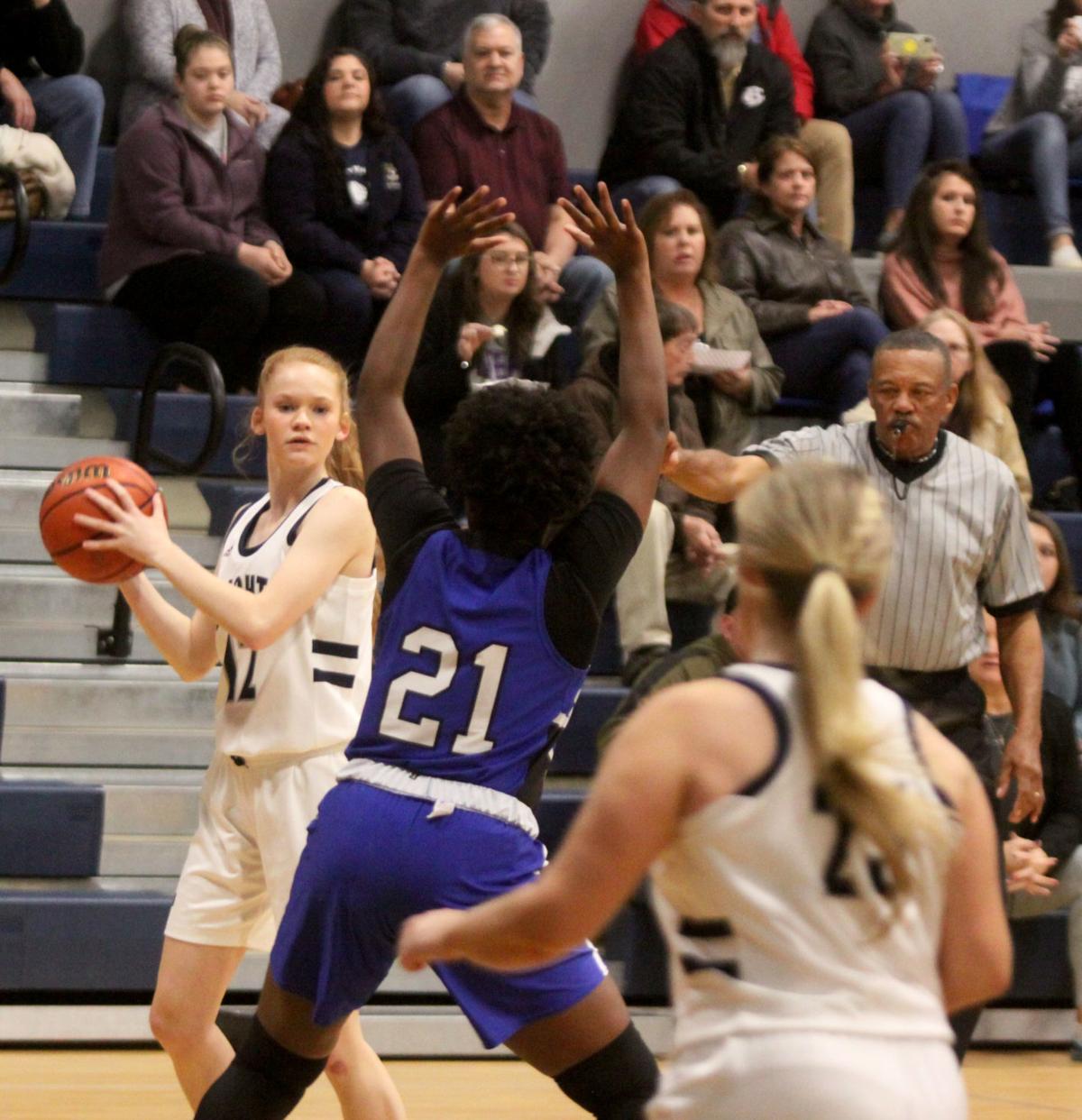 BCA's Autumn Shepherd looks to get the ball inside during the first half against Westminster. 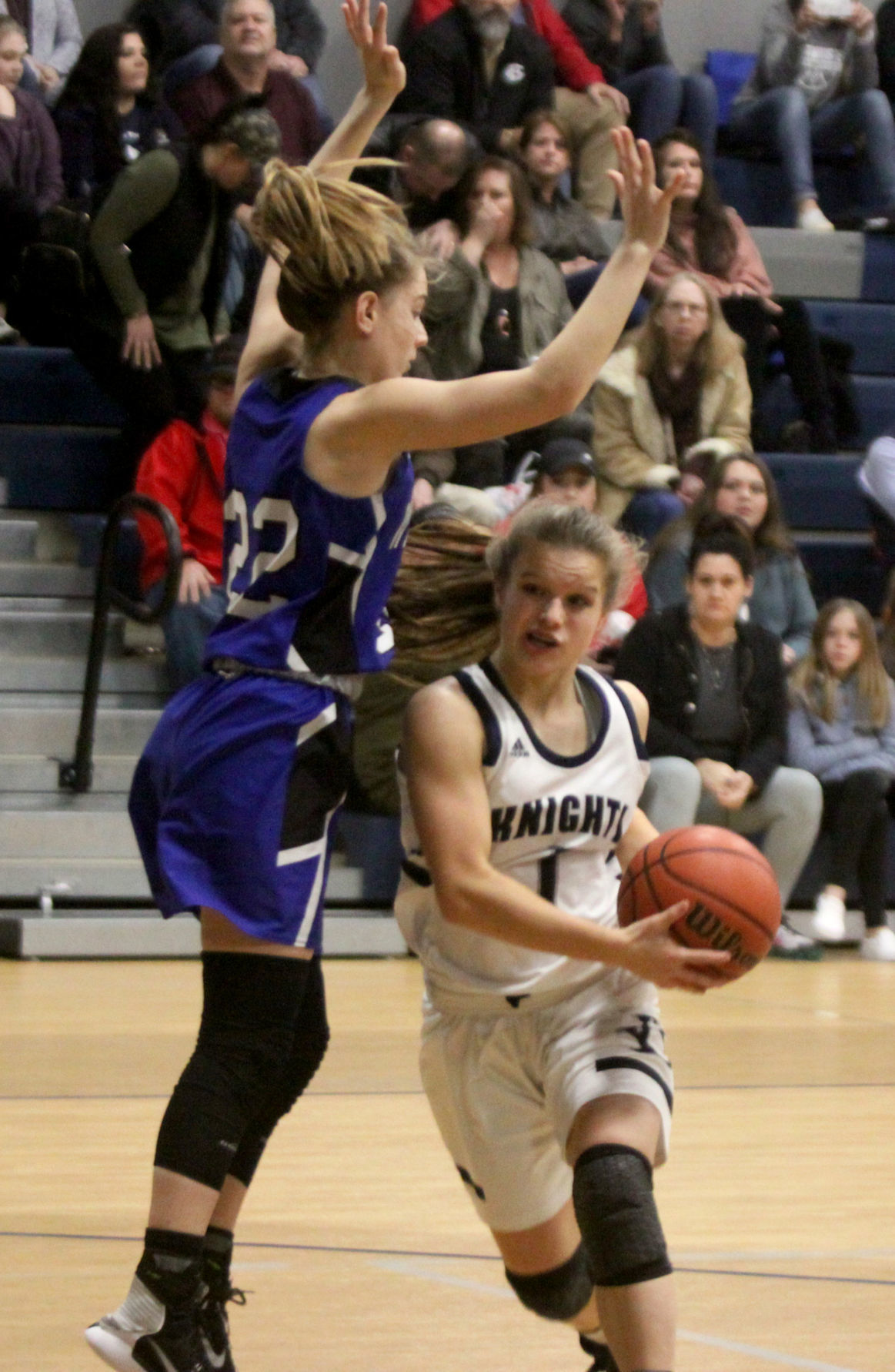 BCA's Jadyn Goddard drives toward the hoop during the first half against Westminster.

BCA's defense tries to get a stop during the first half against Westminster.

BCA's Autumn Shepherd looks to get the ball inside during the first half against Westminster.

BCA's Jadyn Goddard drives toward the hoop during the first half against Westminster.

The Bethlehem Christian Academy girls’ basketball team saw a double-digit halftime lead at home erode Friday, Jan. 31, as the Lady Knights fell to Westminster School of Augusta and had their Senior Night spoiled.

Playing without one of its top scorers in senior Rebekah Doolittle, who is out with a knee injury, the Knights struggled to generate consistent offensive firepower and managed only 13 points in the second half after leading 22-12 at the break.

BCA (10-11, 1-5 GISA Region 4-AAA following a loss at John Milledge Academy in its Tuesday, Feb. 4 regular-season season finale) built a 10-point lead when Autumn Shepherd nailed 3-pointers on back-to-back possessions to give the Knights a 17-7 advantage with 2:59 left in the first half, and that margin held for the remainder of the half.

But the Wildcats (10-7, 2-3) cut that deficit in half by the end of the third quarter at 29-24 and, fueled by Welsley Fuller’s 10 fourth-quarter points, took over the game down the stretch.

Westminster took the lead for good at 34-32 on a bucket by Drew Cooks with 2:25 remaining in the game, and Fuller extended that lead to 36-32 25 seconds later on a full-court inbound lob.

BCA’s Jadyn Goddard successfully converted a three-point play on the following possession to make it 36-35, but the Knights couldn’t score again. Down 38-35, Goddard’s 3-point attempt with less than 10 seconds left missed and Fuller knocked down a pair of free throws with 3.6 seconds to go to put the game away.

The Knights will be back in action Thursday, Feb. 13, in the region tournament semifinals at John Milledge, likely against John Milledge again. Because there are only four girls teams in the region, all four have already qualified for the state playoffs. BCA would then play in either the third-place consolation game or the championship on Friday, Feb. 14.