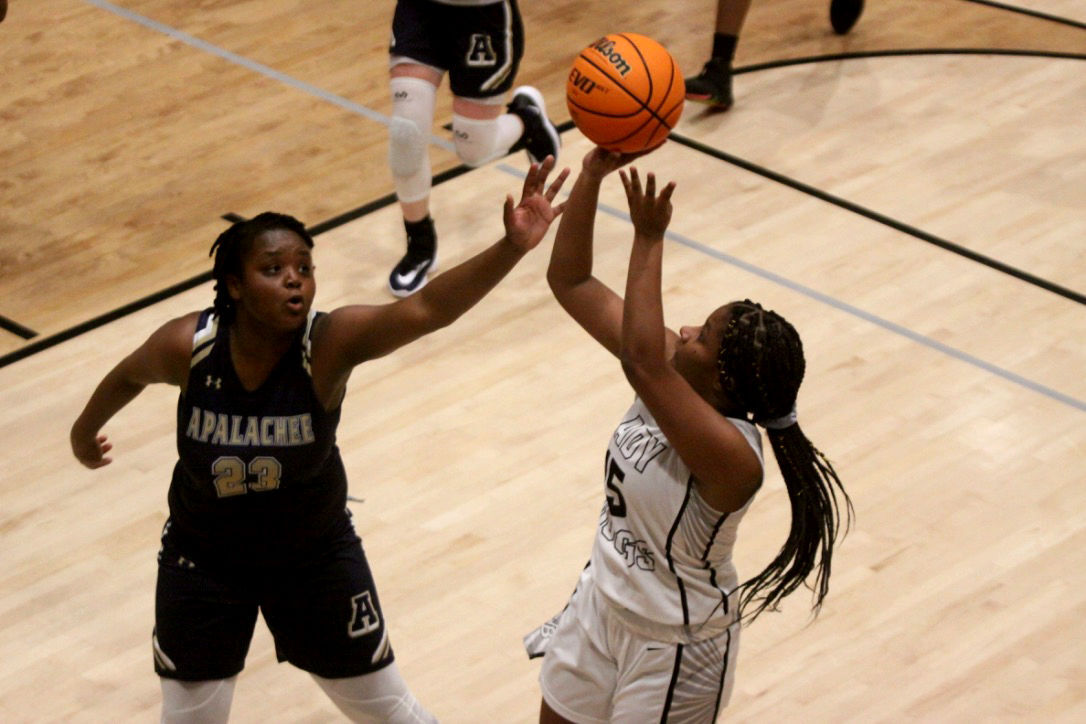 Junior Jasmine Williams returns a key player for Apalachee this season. The Wildcats open their season Friday, Nov. 20, when they host North Springs at 6 p.m. 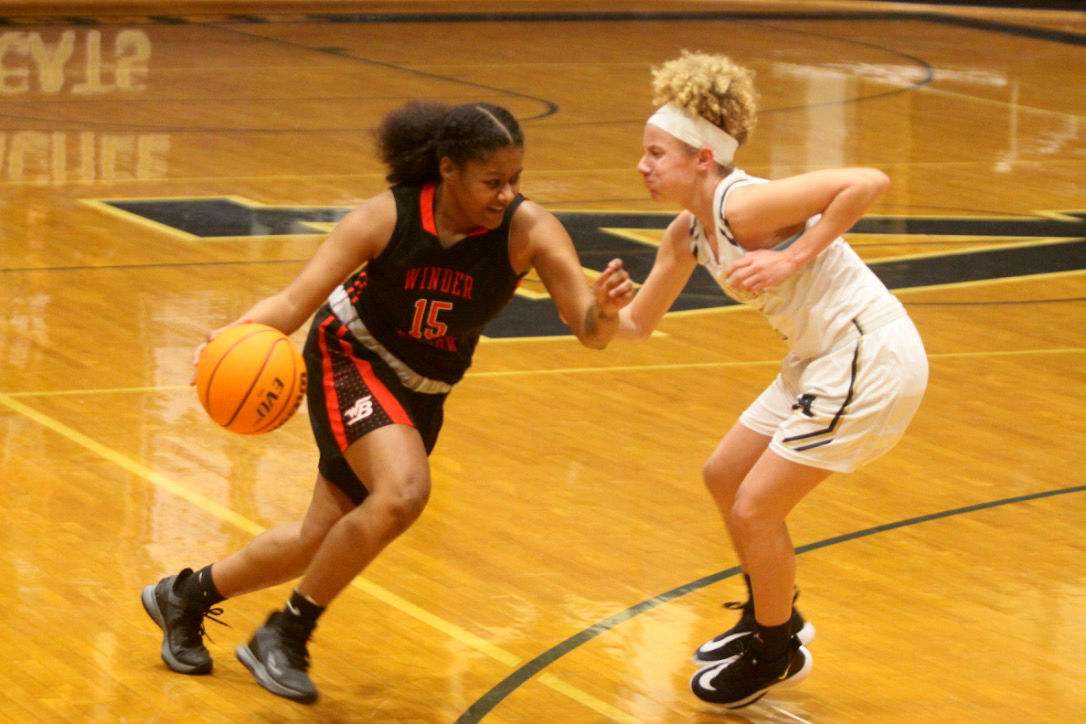 Sophomore guard Averie Akin returns and should provide valuable defense and points for Apalachee this season.

Junior Jasmine Williams returns a key player for Apalachee this season. The Wildcats open their season Friday, Nov. 20, when they host North Springs at 6 p.m.

Sophomore guard Averie Akin returns and should provide valuable defense and points for Apalachee this season.

The win-loss record didn’t tell the whole story of the growth Apalachee girls’ basketball coach Derrick Allen saw from his team last winter in his first season with the program, and he’ll be counting on that same type of development this year from a Wildcat squat that is even younger after losing four seniors, including their top scorer and rebounder.

Apalachee returns just two players with extensive varsity experience, and nine of the 11 players on the roster at the start of the season are sophomores or freshmen, to go along with two juniors, only one of whom has played at the varsity level.

So while it will be trial by fire in a sense and Apalachee, like all other teams, will have to navigate the challenges brought on by the ongoing coronavirus pandemic throughout the winter, Allen is confident that the Wildcats will develop well throughout the season as they gain more experience and that they will ultimately improve on the 2-23 finish from a year ago.

“We’ve gotten more athletic as a team, even though we are super-young,” said Allen, whose team will open its regular season 6 p.m. Friday, Nov. 20, when it hosts North Springs. “We’ve got new players in new roles, and they’re going to be asked to do more right away to compensate for what we lost. We’re going to have to see who can lead by example and who our vocal and spiritual leaders are going to be. This is a good group. The camaraderie and chemistry are definitely there, and now that has to translate into learning the varsity system.”

With no seniors on the team, the Wildcats will look to 5-foot-9 junior forward Jasmine Williams, who emerged as a solid player in the post last year, and speedy sophomore guard Averie Akin, who gave the team a spark as a freshman, to take on the primary leadership roles.

“Jasmine played a little AAU in the offseason when that was available and has been improving her jump shot,” Allen said. “She’s been very consistent on the inside, but we feel like she’s starting to become more of a threat beyond the 3-point line. Her game’s evolving and that’s only going to help us.”

Akin is a multi-sport athlete who is also the school’s top girls’ cross country runner. A quarantine due to exposure to COVID-19 kept her out of the region meet and cost her a likely spot in the state championship meet, and it also kept her out of basketball practice leading up to the team’s preseason scrimmage Nov. 10 against Monroe Area. But Allen says Akin is getting back ready to go and should be a key vocal leader for the team.

“She’s a pure athlete and runs like a gazelle,” Allen said. “She’s been able to split time between sports and come in on off days from cross country and get some shots in at the gym. She’s young but she’s already got a year of varsity experience under her belt, so we’re going to lean on her. She’s one of the hardest workers we have, so I think she’s ready to embrace that role.”

Allen said sophomores Carlie Lumpkin and Centerria Marks, who formed the starting back court for the junior-varsity team last year, will be counted on step in play big minutes for the varsity this season, while sophomore Cyara Bradford is a versatile player who Allen sees eventually becoming a full-time wing but will contribute both inside and on the perimeter early on. The coach also expects freshman forward Jyrah Hughey (5-foot-9) and freshman center Tatyana Denis (5-foot-10) to provide more minutes as they become more comfortable with the varsity system.

It will be a tight window of seven games for Allen to get his players cranked up before they begin competition against the brand-new GHSA Region 8-AAAAA on Dec. 8 against Eastside. The eight-team region is headlined by Loganville, which is ranked No. 4 in Class 5A in the preseason.

And it will be paramount, Allen said, for his team to try to avoid quarantines and cancelations and get those non-region games in to aid in their development.

“(The Monroe Area scrimmage) was the first time we’ve had all 11 players available at the same time, so it has already impacted us,” he said. “Across the whole school and with our team, we’re just trying to emphasize doing. I already have three players who know what it’s like to have to quarantine, so our message to the team and everyone else is to help save our season.

“It’s my second year with the program, and I can already see this season that we’re going to have a close-knit group. After everything that’s happened, we’re just happy to be on the court and we’re looking to set an example. We’re in a good position for the future where we won’t lose any players off this year’s roster for next year, but how much better can we be if we’re able to get a full season in?”