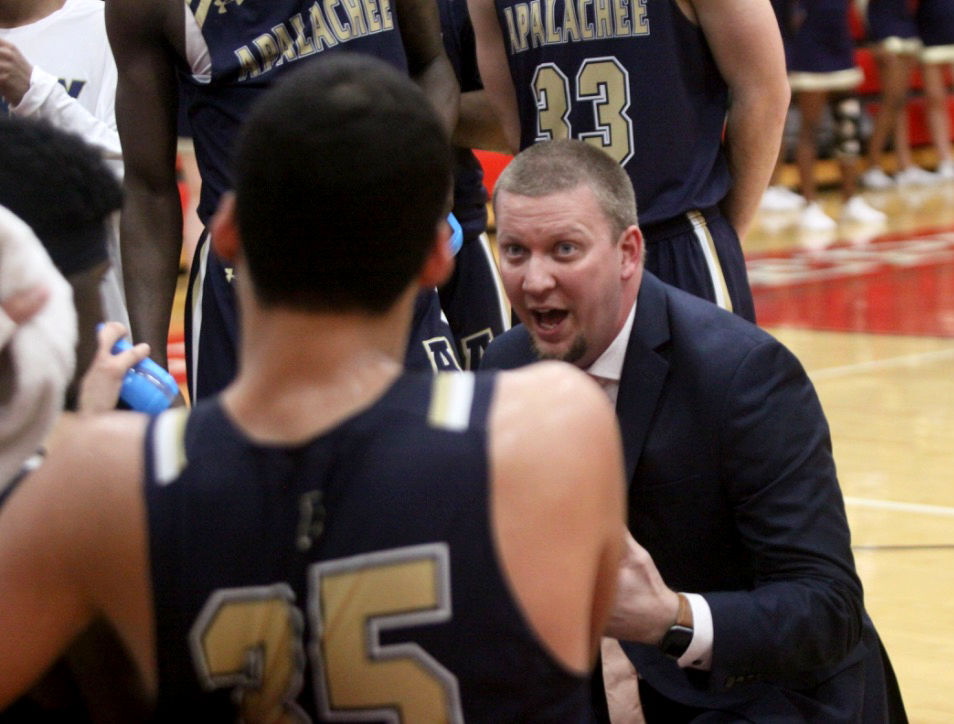 Apalachee head coach Ty Rowland is back for his third season with the Wildcats, which begins Friday, Nov. 20, when they host North Springs at 7:30 p.m. 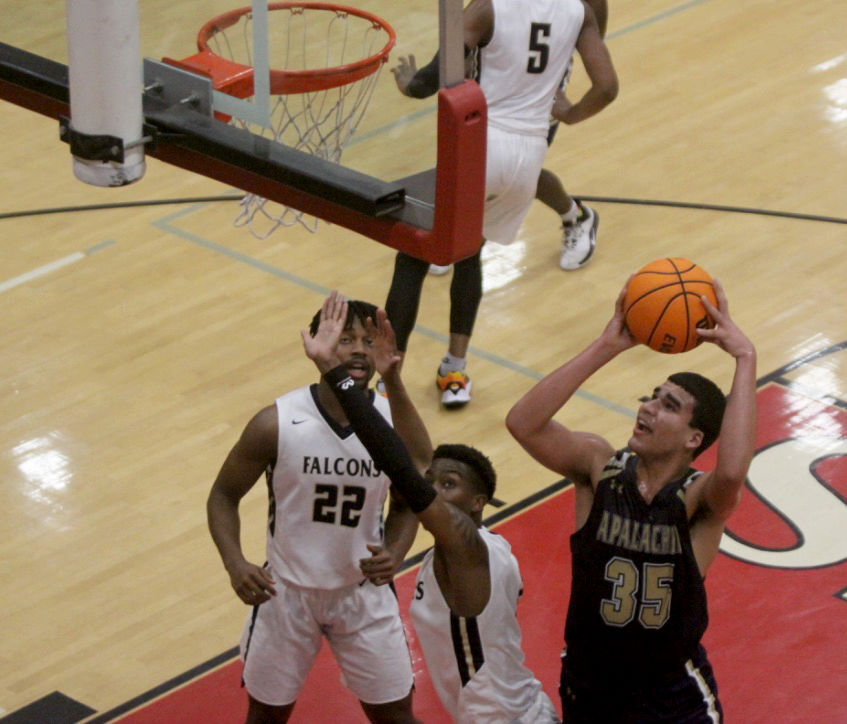 Apalachee junior Josue Caples Torres is the only returning player out of the Wildcats' main seven-man rotation from last winter.

Apalachee head coach Ty Rowland is back for his third season with the Wildcats, which begins Friday, Nov. 20, when they host North Springs at 7:30 p.m.

Apalachee junior Josue Caples Torres is the only returning player out of the Wildcats' main seven-man rotation from last winter.

The way third-year Apalachee boys’ basketball head coach Ty Rowland sees it, if any team could have benefitted from a traditional full summer and preseason program, it would have been the 2020-21 Wildcats.

Instead, like everyone else, the coronavirus pandemic threw a monkey wrench into Rowland’s plans, and a team that lost six seniors out of its primary seven-man rotation from last season was forced to scrap the work it would have gotten done in June and has had to hit the ground running since starting practice in late October.

“(The lack of a full offseason regimen) really hurt us, being such a new team,” said Rowland, whose team will open its season 7 p.m. Friday, Nov. 20, at home against North Springs. “Most of these guys have never played varsity basketball, so they’re having to figure out what it takes to be a successful program. It would have been really helpful to have a full summer and get to play 20 games. Instead, we were basically starting fresh at the end of October.

“But the positive is we do have a group of guys that are going to give 100-percent effort all the time. They’re super-coachable, and they want to have success. Even though they’re being asked to play roles they’ve never had to, they all have the right mindset. They’re not scared or timid. We’ve just got to figure out how to be a little bit smarter in our approach, and it’s just going to take some time because they haven’t had a ton of reps yet.”

And despite a loss to a highly-talented Monroe Area team in a preseason scrimmage Nov. 10, Rowland said he saw plenty of positives to take away from the game.

“That was a team that has just about everyone returning from an Elite Eight run, so it was a good gauge to see if our guys would back down from that or hold their own, and they did pretty well,” Rowland said. “We’re going to make a ton of mistakes early on, but if they continue to play hard and take the coaching the right way, I think you’ll see a lot of huge strides from this group. It will probably be the most growth from a team that I’ve seen over the course of a year.”

The Wildcats were without their only returning starter from last year, junior forward Josue Caples Torres, for the scrimmage due to an injury, but Rowland expected him to return to practice this week and be available early on in the season, if not by the opening tip Friday.

“Josue is going to be the main guy we rely on a lot — not so much as a top scorer, but just as an all-around versatile player,” Rowland said. “He’s probably the smartest player we have. He’s our best passer. And even though he’s about 6-foot-5 and will play the 4 primarily, he can handle the perimeter, he can rebound, and he can do a little bit of everything. He knows how to approach the game, and he’s a guy I can trust because he’s been through some battles and wars at this level.”

While it will be a tall task to replace the production of graduated guards Jamonte Wallace and Brayson Hayes, Rowland will look to senior Chase Reed, who saw some varsity action as a junior, to rotate between the 1- and 2-spots and facilitate much of the Wildcats’ scoring this year.

“He’s our most aggressive player, so we’re going to rely on him to attack the basket and also shoot the three,” Rowland said of Reed, who scored 15 points in about 20 minutes of action in the Monroe scrimmage. “He’s very quick off the ball, has a good first step. We’ve just got to have him continuing to make better decisions. Because he gets going 100 miles per hour, and sometimes it’s difficult to make the right decision at the right time when you’re not used to the speed of the game at this level. Nobody’s just going to step in and fully replace a player like Jamonte, but Chase has shown he can be aggressive and carry us if he’s on.”

Two other players who have locked down starting spots heading into the season are junior point guard Elijah Contreras, who Rowland said should provide a calming influence on the team in tight game situations, and senior center Evan Manotas, who has sprouted six inches to 6-foot-6 since the end of last year and could help give the Wildcats a strong big-man presence inside that they haven’t had the last couple of seasons.

“Elijah’s a very solid, coachable player who can take command of the team and settle us down, and Evan is a guy who will play hard and do the grungy work that we need,” Rowland said. “He’s not scared of contact, and I think he can provide some solid senior leadership for us after we lost so much off last year’s team.”

Beyond that, there are question marks for the Wildcats, though senior Isaiah Starks, who is one of a handful of Apalachee basketball players expected to contribute on the court this season, has some varsity experience and could help solidify the wing position. Rowland hopes Starks and the football players will inject a little more competition into the team’s practices to help him round out the main varsity rotation and get his team physically and mentally prepared for a competitive GHSA Region 8-AAAAA that the coach believes could be wide-open with several solid teams and highly-touted players but no clearly-established favorite.

“I do think this region will be more competitive for us, and if we went up against some really tough teams the last couple of years,” Rowland said. “Not taking anything away from our new league, but if this bunches up in a good way, it will lend some excitement to every game, and we can eventually go in every night thinking we have a good chance to win. I’m excited about the new change and interested to see how it goes.

“We know we’re going to take some lumps, and it’s going to take some time to gain a little bit of confidence. The only way to get there is to have a little bit of success, and hopefully we’ll find it earlier rather than later. But I have a lot of faith in this team and their character, and we expect to be in a position where we have a fighting chance come region tournament time.

“You can’t win a championship in December, but you can win one in February.”