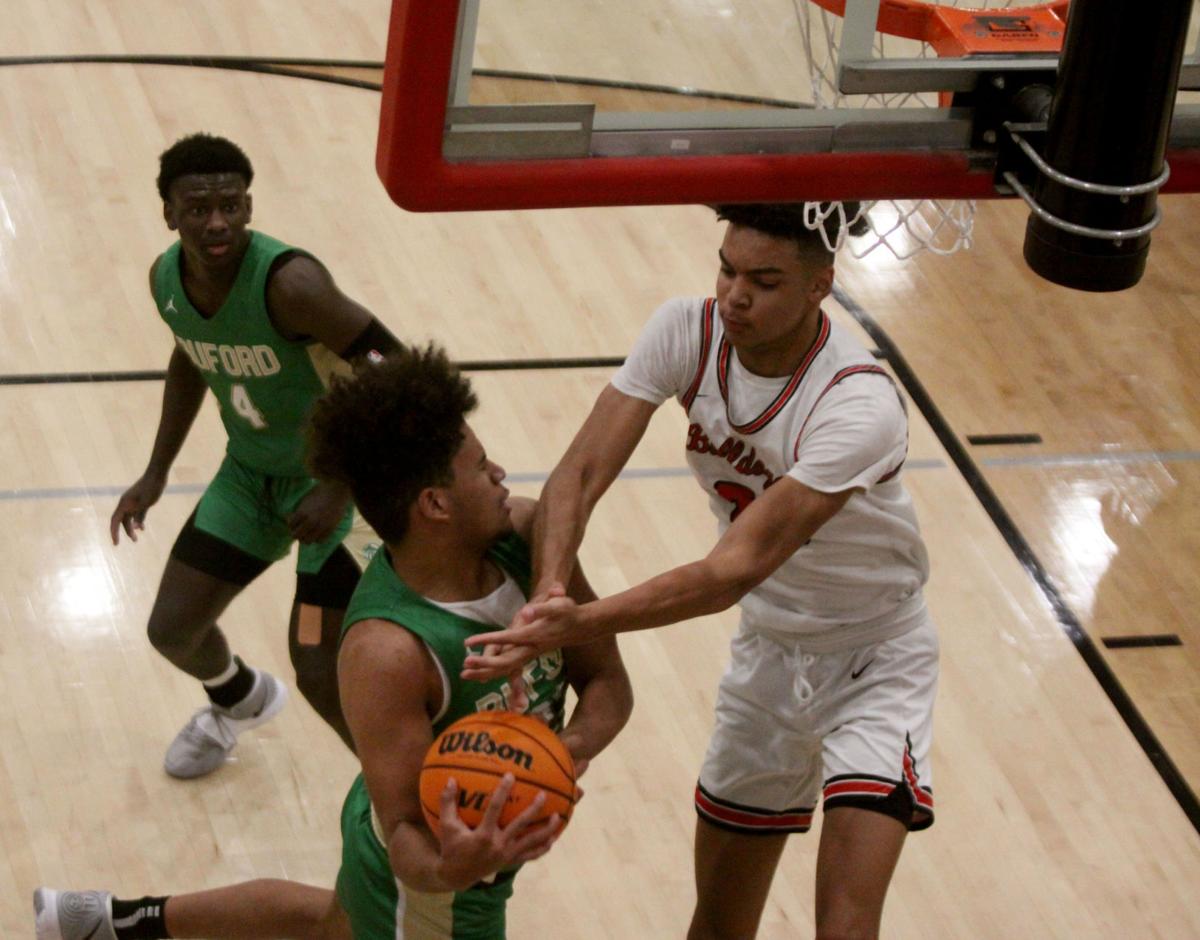 Winder-Barrow's Isaiah Nelson-Ododa battles Buford's London Williams for a rebound during the teams' Region 8-AAAAAA battle Tuesday, Jan. 12. The Wolves came out on top with a 56-47 victory. 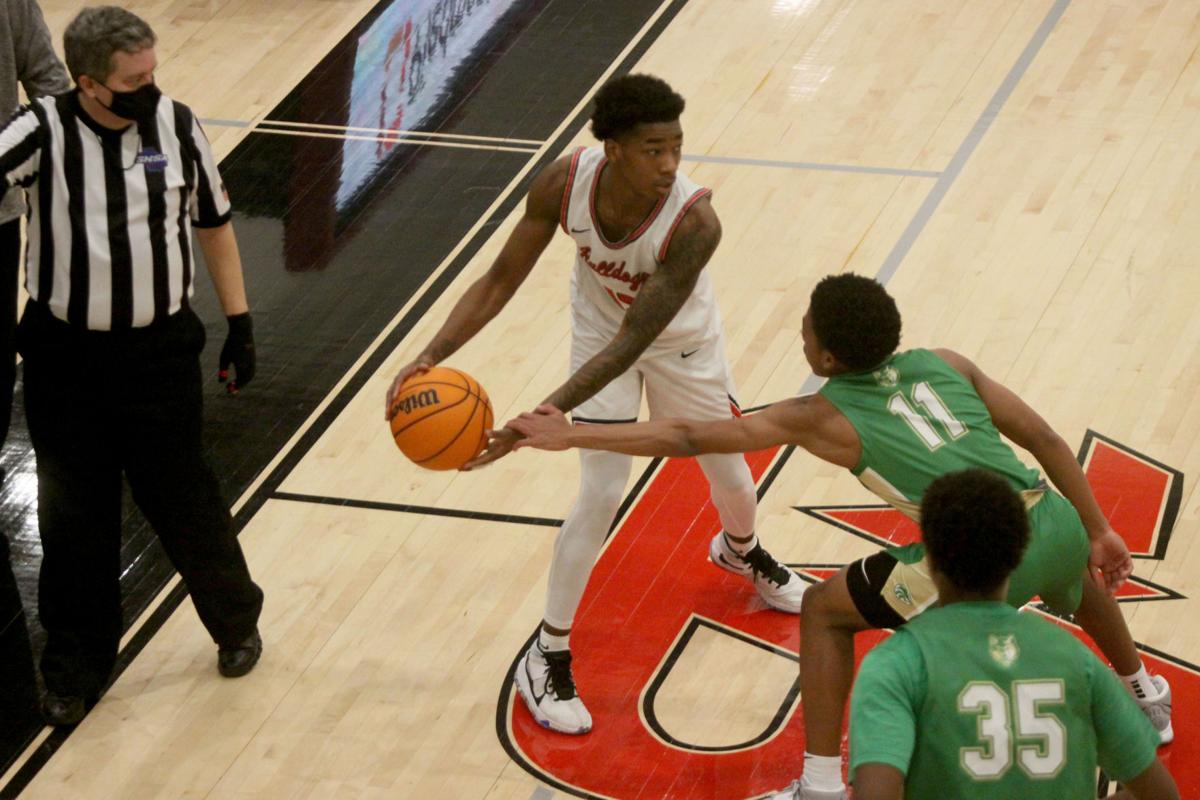 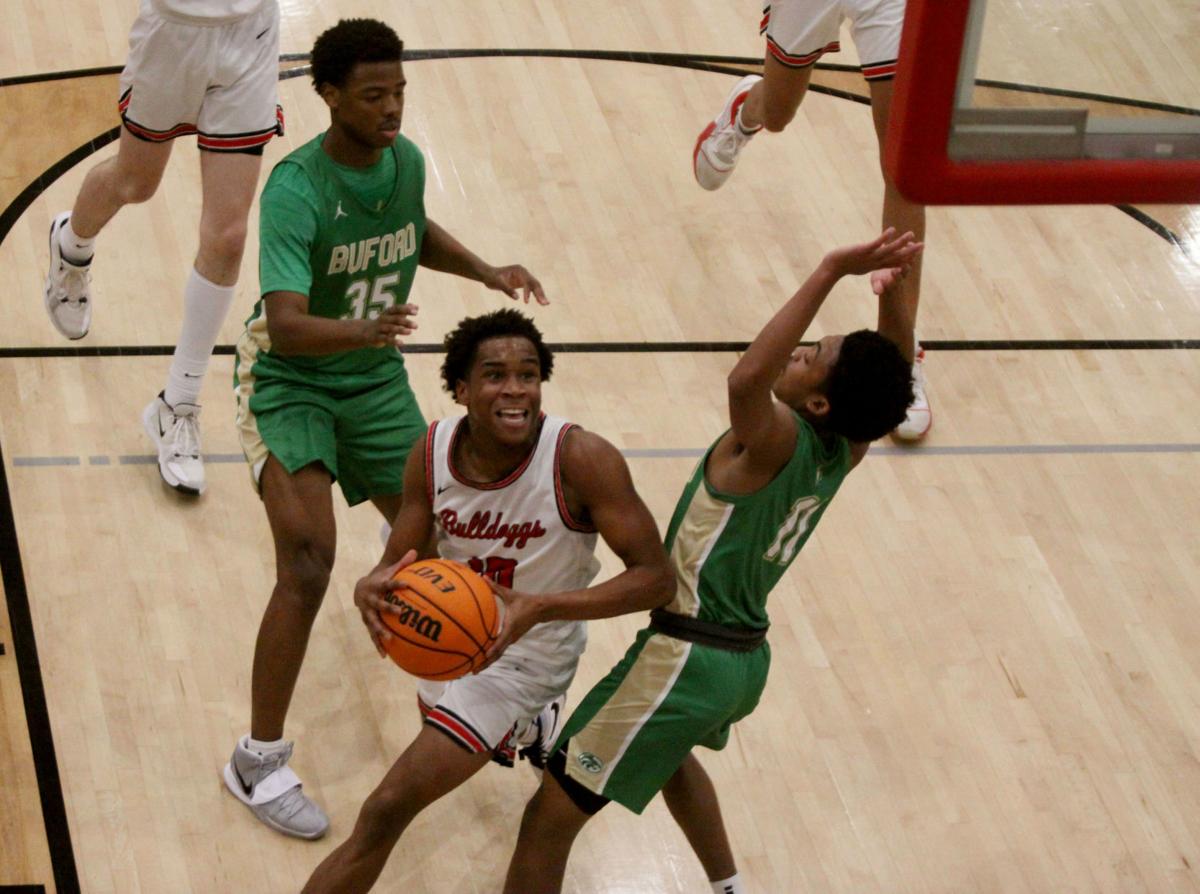 Winder-Barrow's Stewart Allen drives toward the basket during the first half of Tuesday's game against Buford. 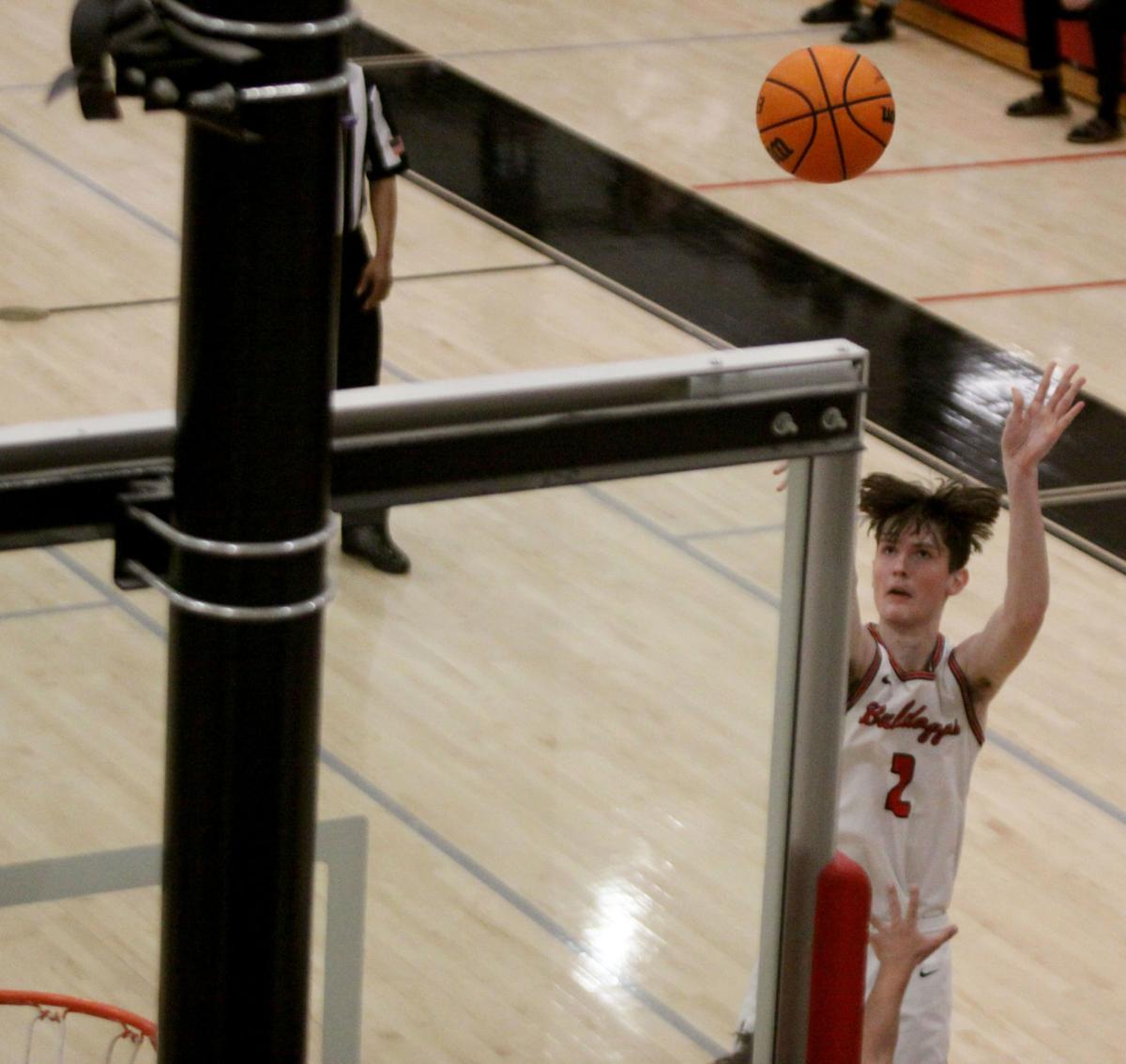 Winder-Barrow's Wyatt Fricks takes a shot during the first half of Tuesday's game. 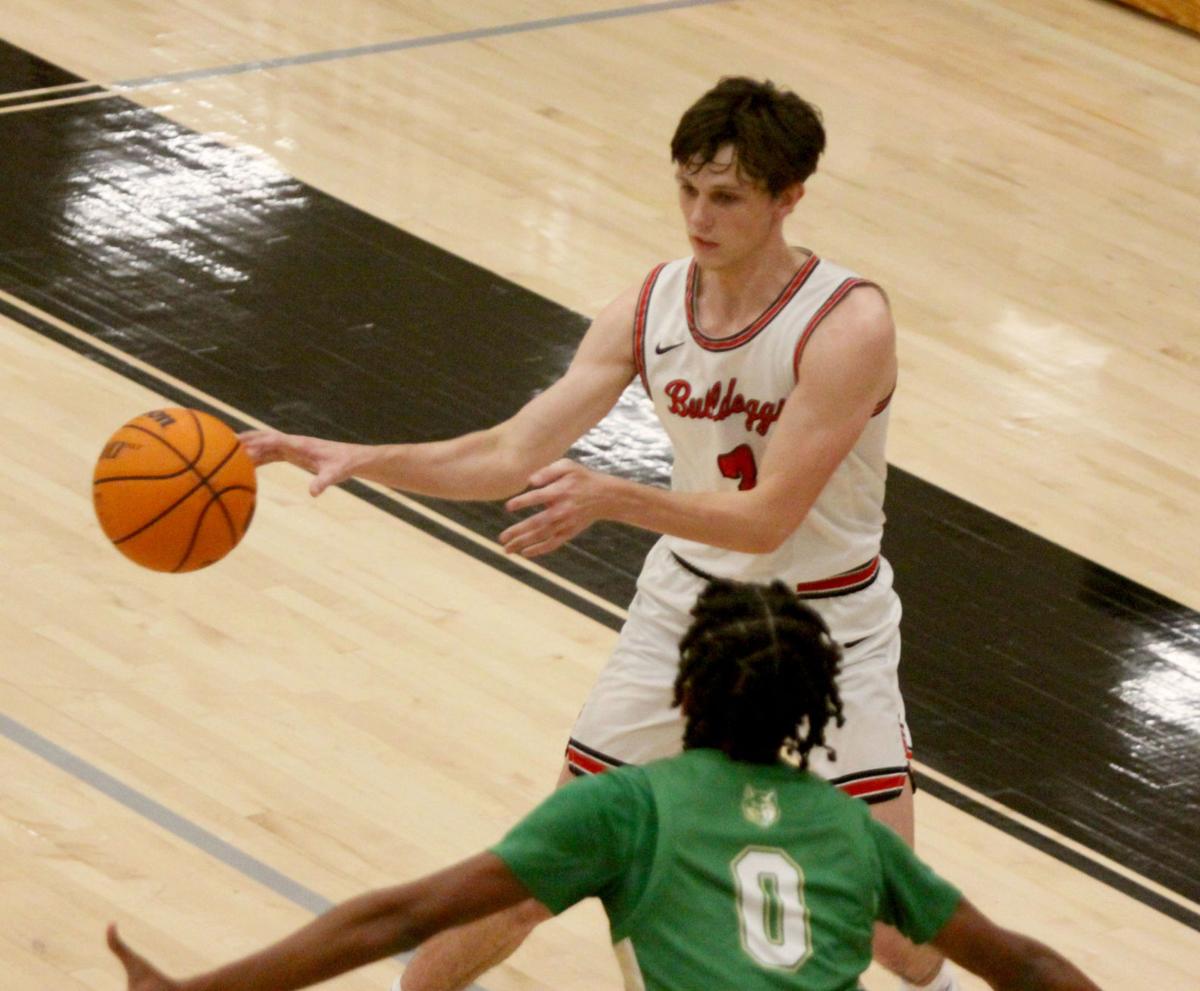 Winder-Barrow's Alex Gibson passes the ball off during the first half of Tuesday's game against Buford. 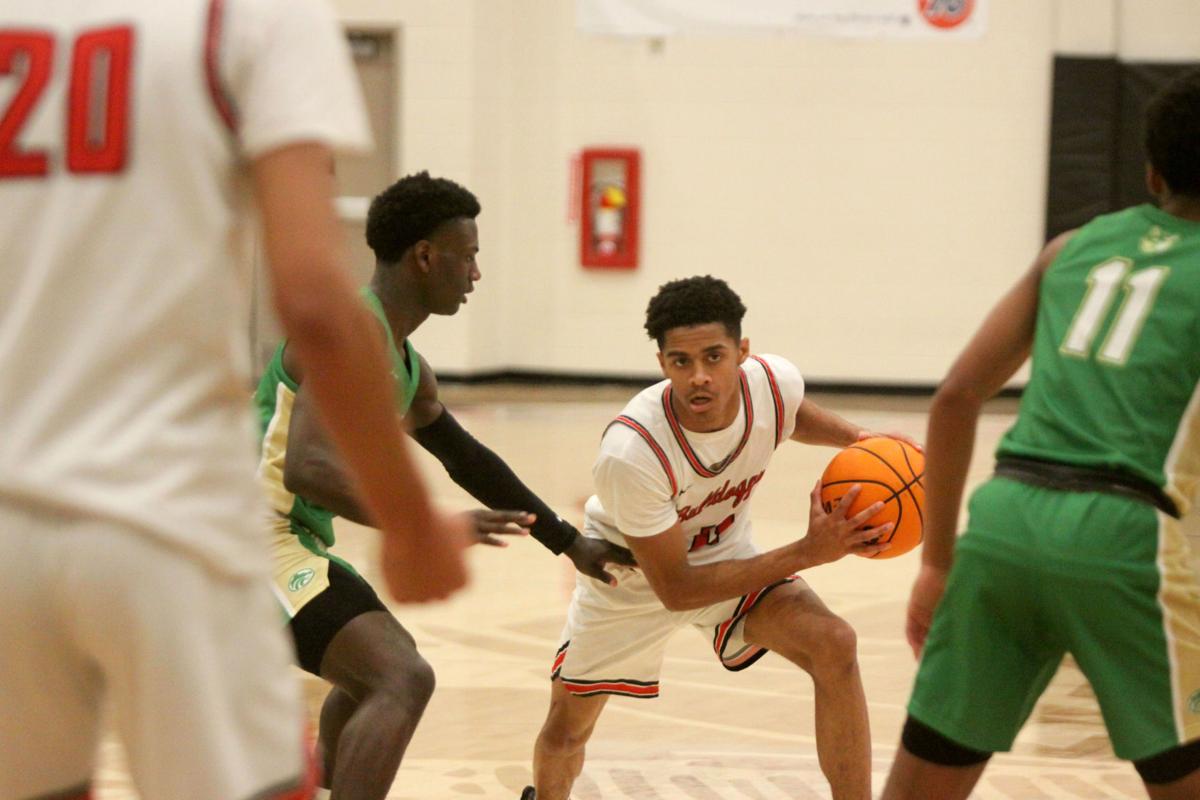 Winder-Barrow's Ahmad Scott is guarded tightly by a Buford defender during the second half of Tuesday's game. 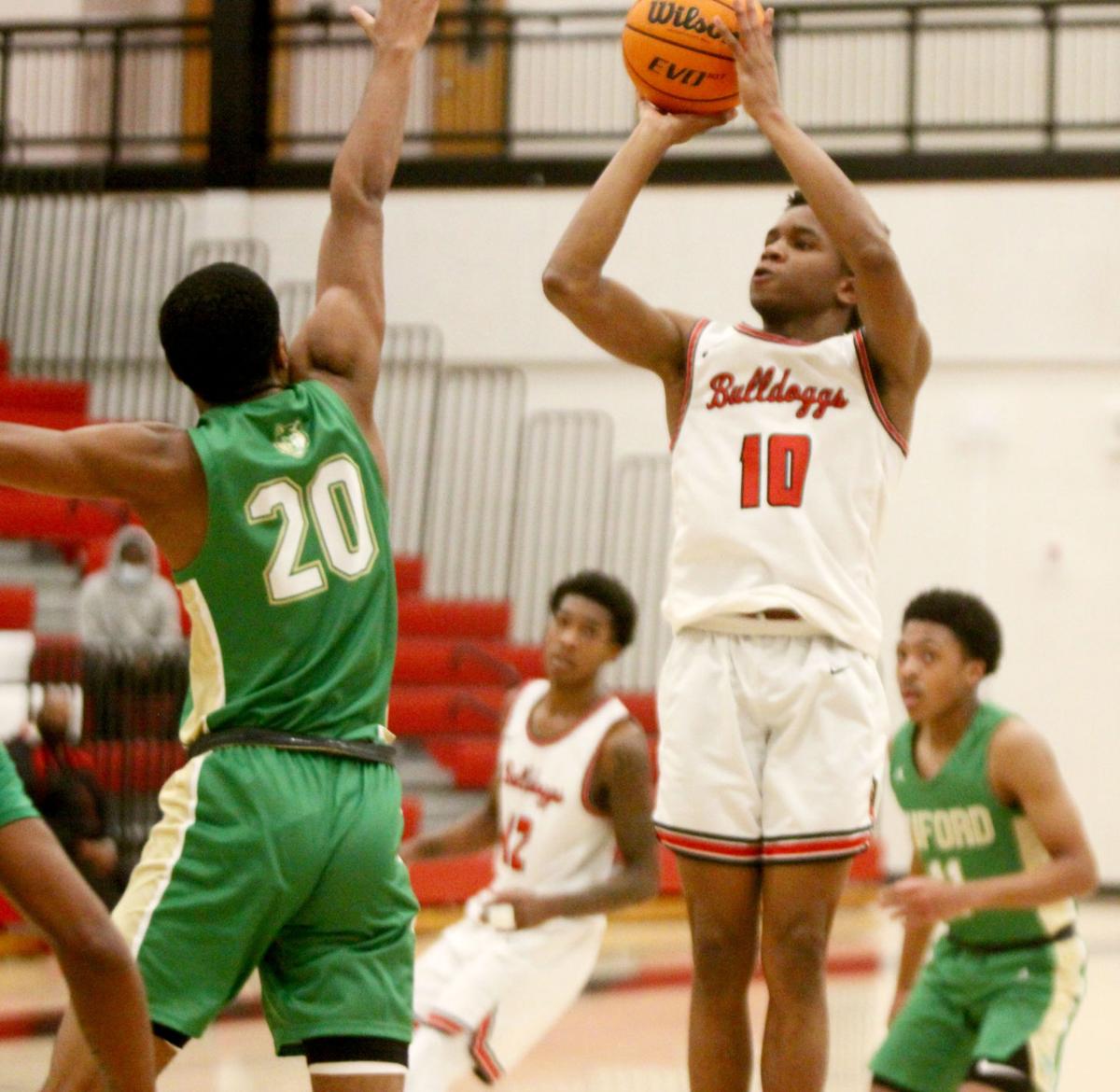 Winder-Barrow's Stewart Allen takes a shot during the second half of Tuesday's game against Buford.

Winder-Barrow's Isaiah Nelson-Ododa battles Buford's London Williams for a rebound during the teams' Region 8-AAAAAA battle Tuesday, Jan. 12. The Wolves came out on top with a 56-47 victory.

Winder-Barrow's Stewart Allen drives toward the basket during the first half of Tuesday's game against Buford.

Winder-Barrow's Wyatt Fricks takes a shot during the first half of Tuesday's game.

Winder-Barrow's Alex Gibson passes the ball off during the first half of Tuesday's game against Buford.

Winder-Barrow's Ahmad Scott is guarded tightly by a Buford defender during the second half of Tuesday's game.

Winder-Barrow's Stewart Allen takes a shot during the second half of Tuesday's game against Buford.

Winder-Barrow boys’ basketball coach Travis McDaniel knew his team would face a gauntlet of a schedule this year playing in a loaded GHSA Region 8-AAAAAA. And unfortunately for the Bulldoggs, they came out on the short end again of another tough region battle Tuesday, Jan. 12.

Playing without its best player due to a COVID-19 quarantine, ninth-ranked Buford nonetheless used a pair of big runs in the second half to break open a tight game and then held off the Bulldoggs for a 56-47 road victory.

Sophomore London Williams had a big game inside for the Wolves (12-2, 3-0 region), finishing with a game-high 17 points, and fellow sophomore Malachi Brown finished with 14 points to help fuel Buford’s win.

“It’s top-10 team after top-10 team in this region, so you’ve got to be ready to play for sure,” said McDaniel, whose team fell to 8-5 overall and 1-3 region play. After a 7-1 start, the Bulldoggs dropped their third straight game and fourth out of their last five — with all four losses coming against teams ranked in the top 10 of their respective classifications, including two in 8-AAAAAA (Lanier and Buford).

Tuesday’s game was tight throughout the first half with Buford carrying a 26-21 advantage into halftime before the Bulldoggs came out of the gate in the second half strong, scoring five points right off the bat to tie it. But the Wolves responded with a 14-2 run to go up 40-28. After a three-point play completed by Wyatt Fricks and a 3-pointer from Tim Loud brought the Bulldoggs to within six, Buford went on another 12-2 spurt to grab a commanding 52-36 lead halfway through the fourth quarter.

Winder-Barrow, which didn’t record a basket in the final period until 4:02 remaining in the game and never got the deficit any closer than nine points the rest of the way.

“They came out in a zone tonight and were on (Loud) all night because he’d been shooting really well coming in, and they just did a good job defensively of slowing us down,” McDaniel said. “I still thought we got some really good looks, but tonight the shots just didn’t fall for us. Credit to them, it was a good game plan and they executed it and had several guys who don’t usually play a ton step up and make some big plays. That’s how the game goes sometimes.”

Isaiah Nelson-Ododa led Winder-Barrow with 16 points, 12 rebounds and 5 blocks in the inside battle against Williams. Fricks contributed 11 points and 6 boards for the Bulldoggs, while Ahmad Scott finished with 8 points and 5 assists.

“I think it’ll be a similar game where, like Buford, they’re going to try to slow it down against us,” McDaniel said. “We’ll have to do a better job of executing defensively, rebound better and try to get out in transition a little more. At the end of the day, it’s a shot-maker’s game. If you’re knocking down the shots, you’ve got a good chance. And if not, you don’t.”

In the girls’ game Tuesday, fourth-ranked and undefeated Buford (10-0, 2-0) raced out to a commanding 18-7 lead after the first quarter and built on from there en route to a 68-37 win over the Lady Bulldoggs.

Winder-Barrow (8-5, 2-2) saw its six-game winning streak come to an end against the seasoned Wolves, who have won four consecutive state titles (in Class 5A before moving up to 6A). Kiona Lindsay led the Lady Bulldoggs with 22 points and 14 rebounds.

“Their full-court press was just too much to handle,” Winder-Barrow coach Kimberly Garren said. “Still, I thought we executed well at times and played hard. I feel good about where we’re at right now. Like I told the girls, we haven’t lost one that we had to have yet, so if we keep battling and keep executing, we’ll be alright.”

A tough season for the Apalachee girls and boys continued Tuesday as both teams dropped Region 8-AAAAA contests at Jackson County.

Meanwhile, the AHS boys suffered another heartbreaking one-possession loss, falling 47-46 for their 11th consecutive defeat. The Wildcats dropped to 1-11 overall and 0-7 in region play, while the Panthers improved to 7-5 and 2-5.

Both Apalachee teams will be back in action Friday when they host region foe Eastside. The girls will start at 6 p.m., followed by the boys at 7:30 p.m.