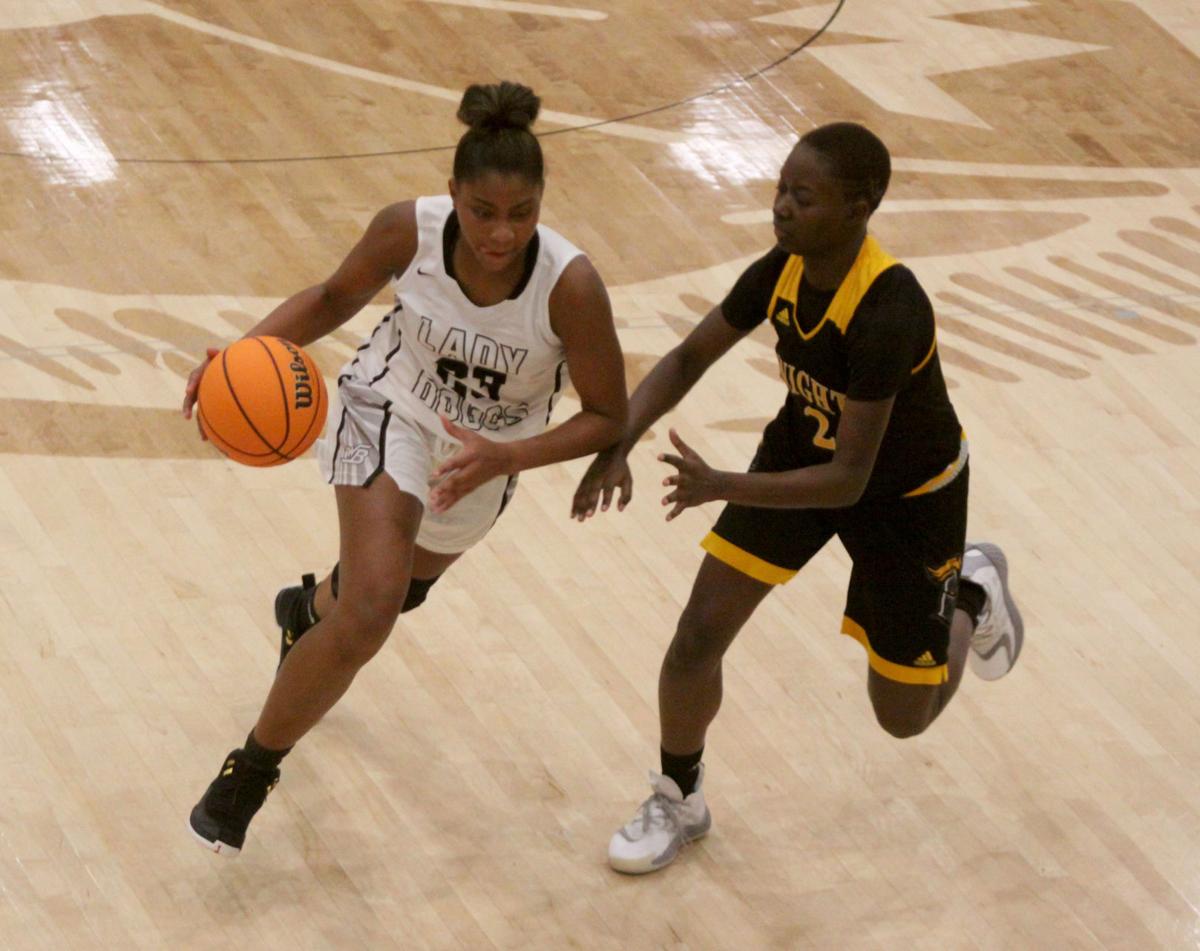 Winder-Barrow's Trinity Butler drives past a Central Gwinnett defender in the fourth quarter of the Bulldoggs' 50-46 home win over the Black Knights on Friday, Dec. 11. 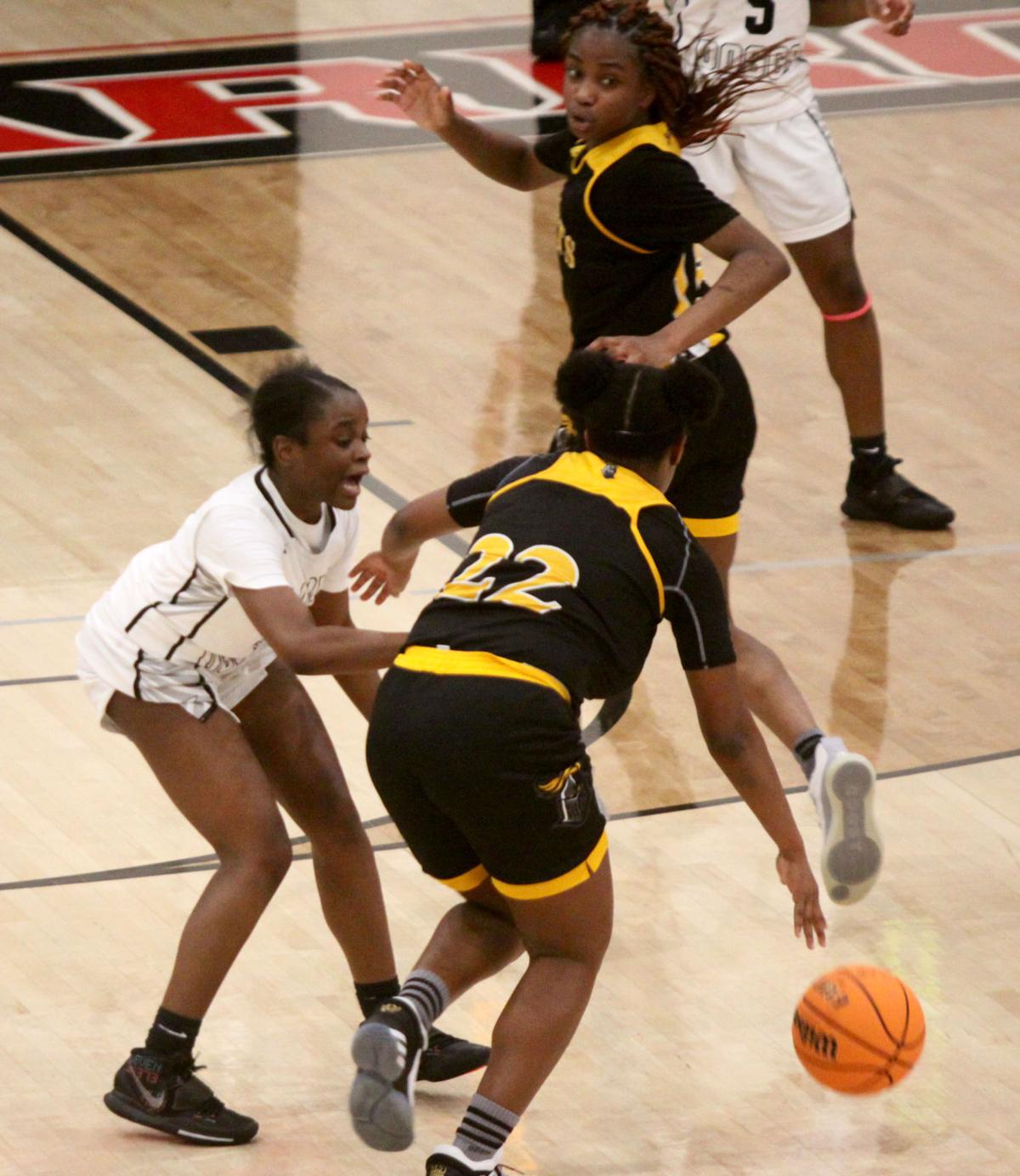 Winder-Barrow's Trinity Butler drives past a Central Gwinnett defender in the fourth quarter of the Bulldoggs' 50-46 home win over the Black Knights on Friday, Dec. 11.

A young Winder-Barrow girls’ basketball team with new starters at four different spots on the floor is still finding its way, but Bulldoggs coach Kimberly Garren came away her team’s hard-fought win over Central Gwinnett on Friday, Dec. 11, believing it was one to build off of with the schedule about to kick into high gear.

The Bulldoggs trailed by 10 points at halftime, but, after what Garren said was a spirited halftime talk, clamped down on defense, outscoring Central Gwinnett 17-4 in the third quarter. Winder-Barrow held on from there for a 50-46 victory, evening both its overall record at 4-4 and GHSA Region 8-AAAAAA mark at 1-1.

“It was a slow start for us, but we battled,” Garren said. “Our shots wouldn’t fall early and we missed a lot of layups, which got us out of our game. But we readjusted at halftime, came out with a half-court trap defensively and just got going. I’m proud of the girls. We were down, but we didn’t quit. And we came out with a different level of play in the second half and held them in check.”

“At the end of the day, we’re still a young team,” Garren said. “That’s (Butler’s) second game in a row scoring double digits. We need her and (sophomore point guard Trinity Maxey) to continue to grow into their spots.”

Winder-Barrow came entered the season knowing it wouldn’t have junior Taniyah Parrish, its leading scorer and rebounder, due to an ACL injury and is also currently playing without another experienced injured player in junior Shauna Bolt, meaning Garren is having to dig deeper into her bench to try to replace the production.

“Shauna’s a leader and a big part of our defensive cohesion,” Garren said. “She’s the one who makes sure we’re not getting beat off the dribble at the top of the key, so we miss that. We have three seniors who don’t come off the court very much, but we still don’t have a lot of our points and rebounds and leadership from last year. This is a new, completely different team and I tell them to just take a step forward every game. Once we do that, we can hopefully be where we need to be in February.”

Winder-Barrow will be back in action Saturday, Dec. 19, when it travels to Monroe Area. The Bulldoggs are trying to find a replacement opponent for Cherokee Bluff on Monday, Dec. 21, and also have scheduled games Tuesday, Dec. 22, at Clarke Central and Dec. 30 at home against Mill Creek before resuming region play Jan. 5 at home against Lanier.