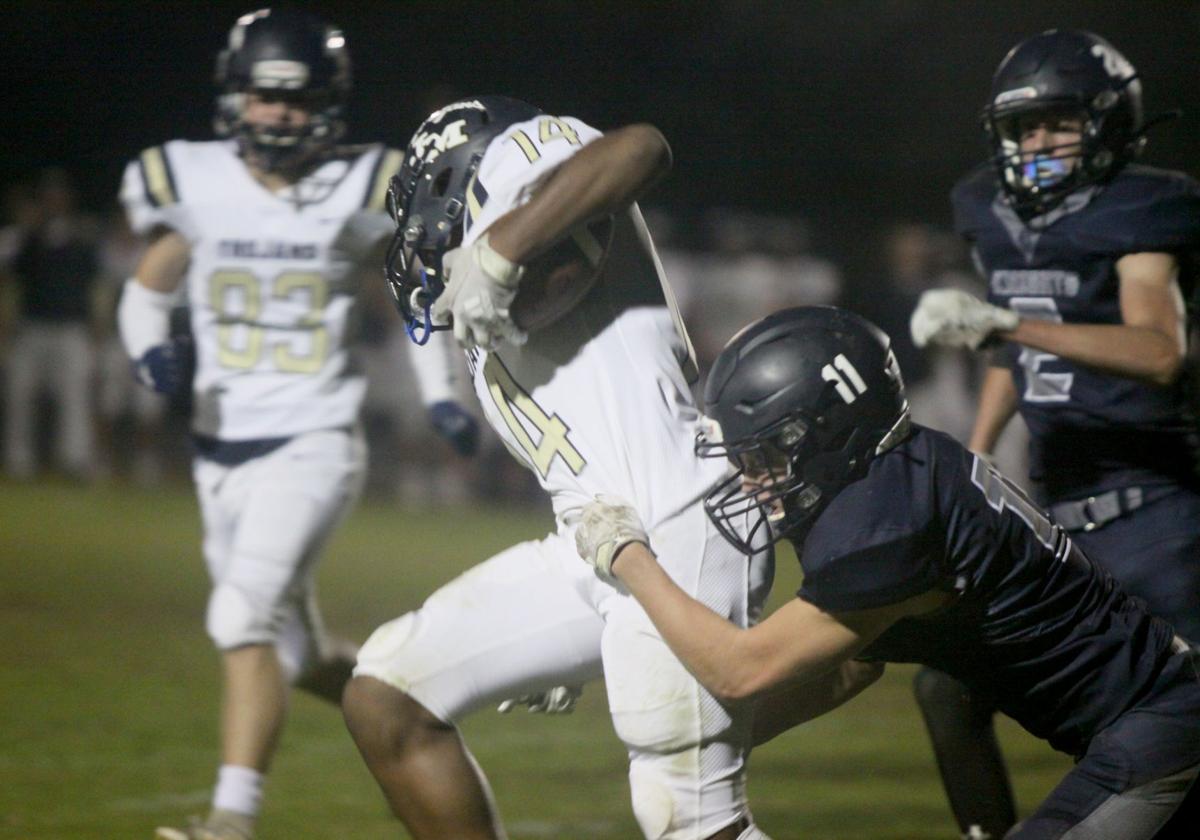 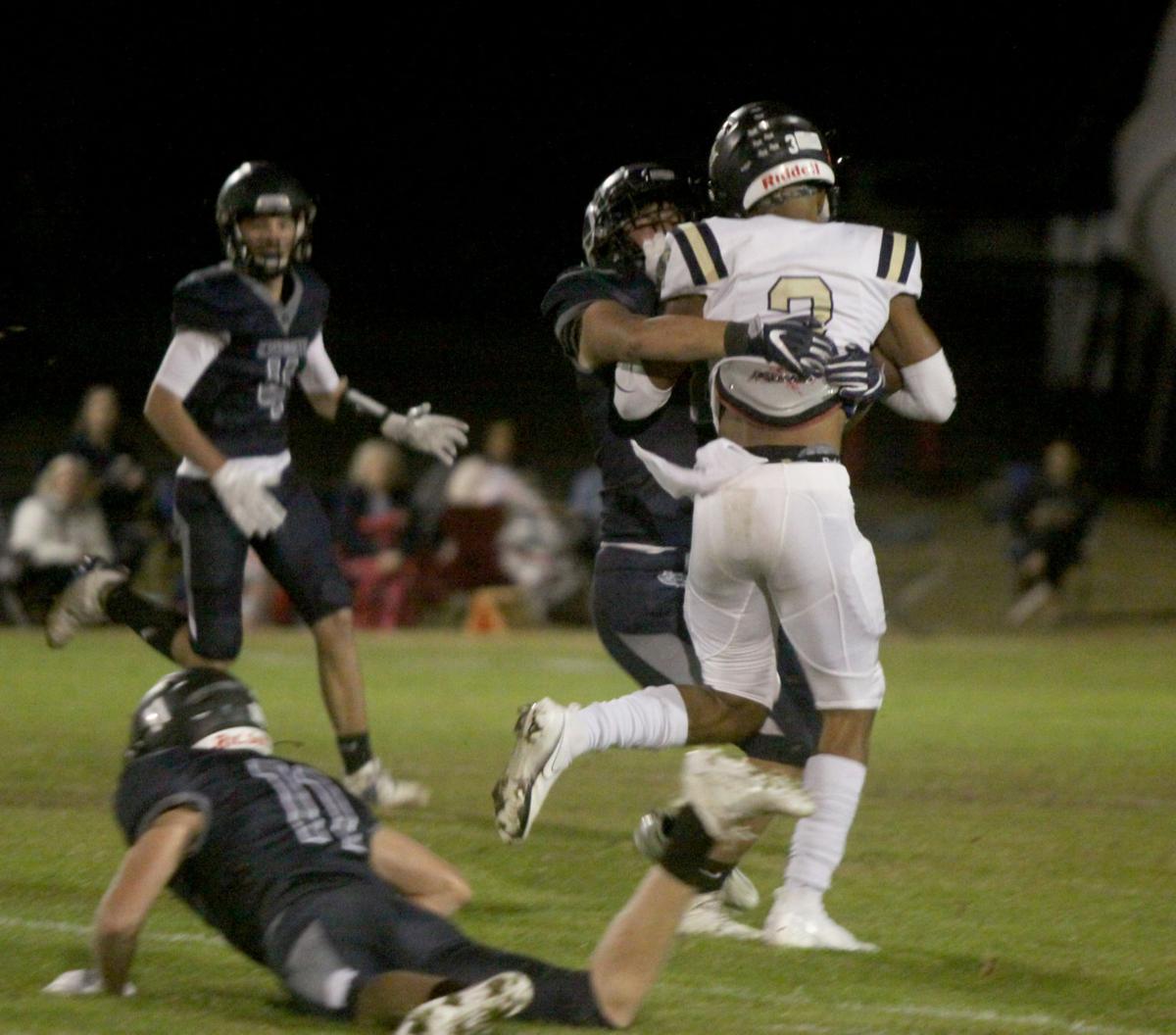 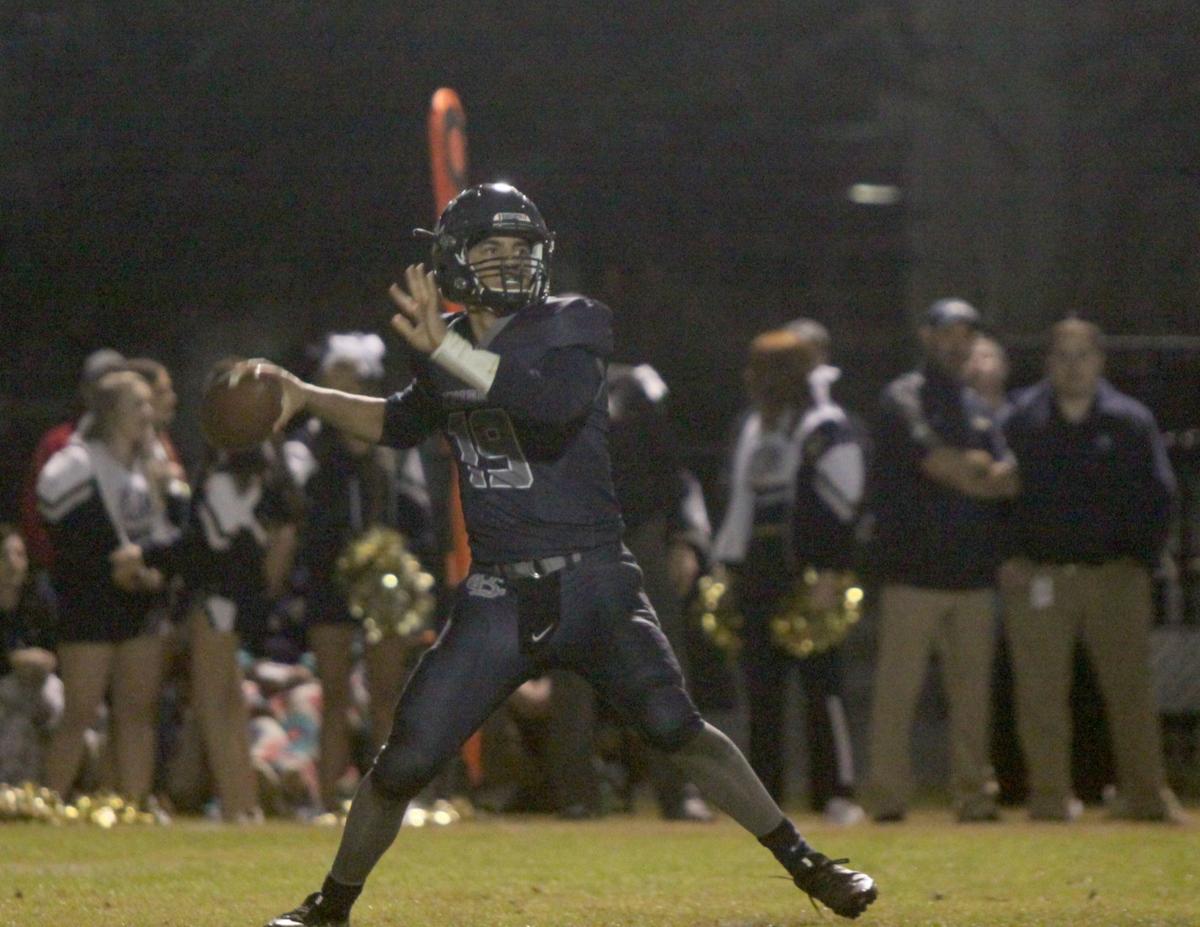 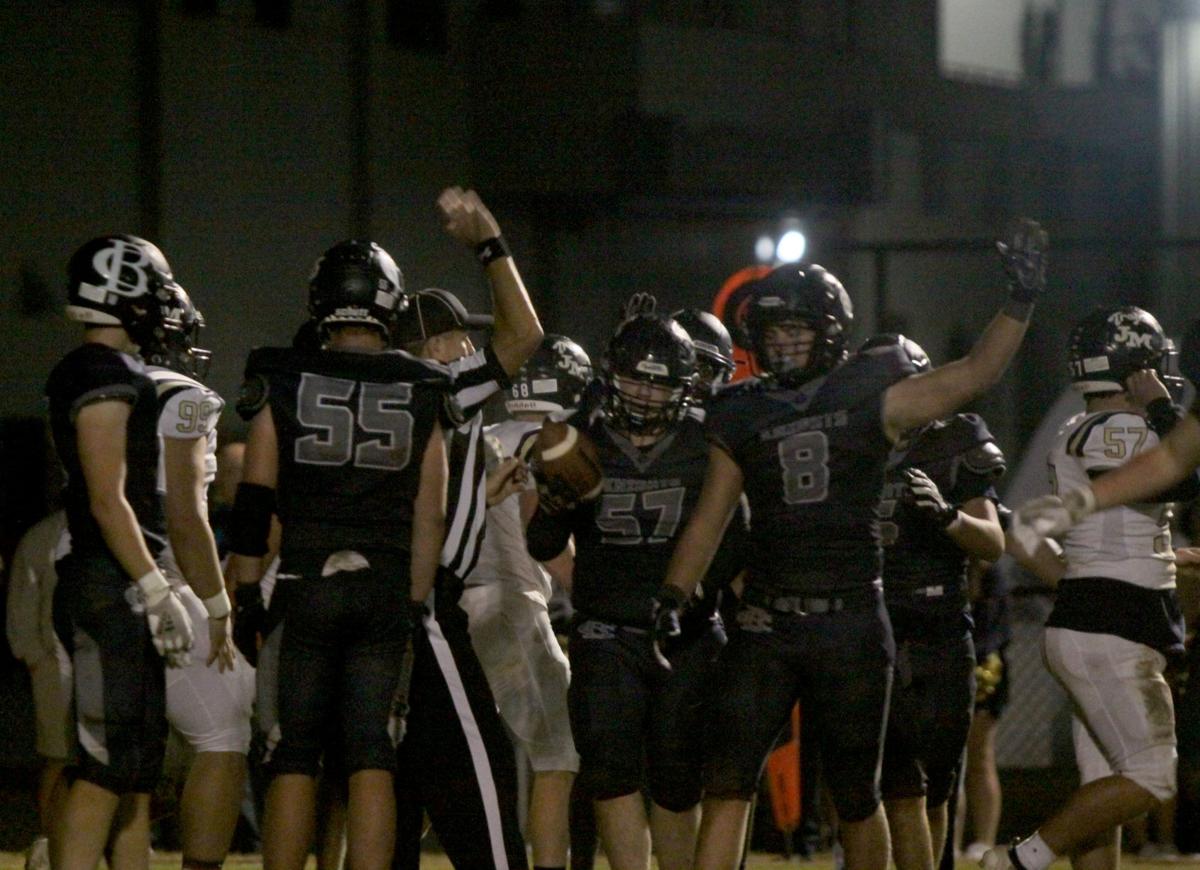 BCA's Jojo Adams (57) comes up with a fumble recovery during the second quarter of Friday's game. 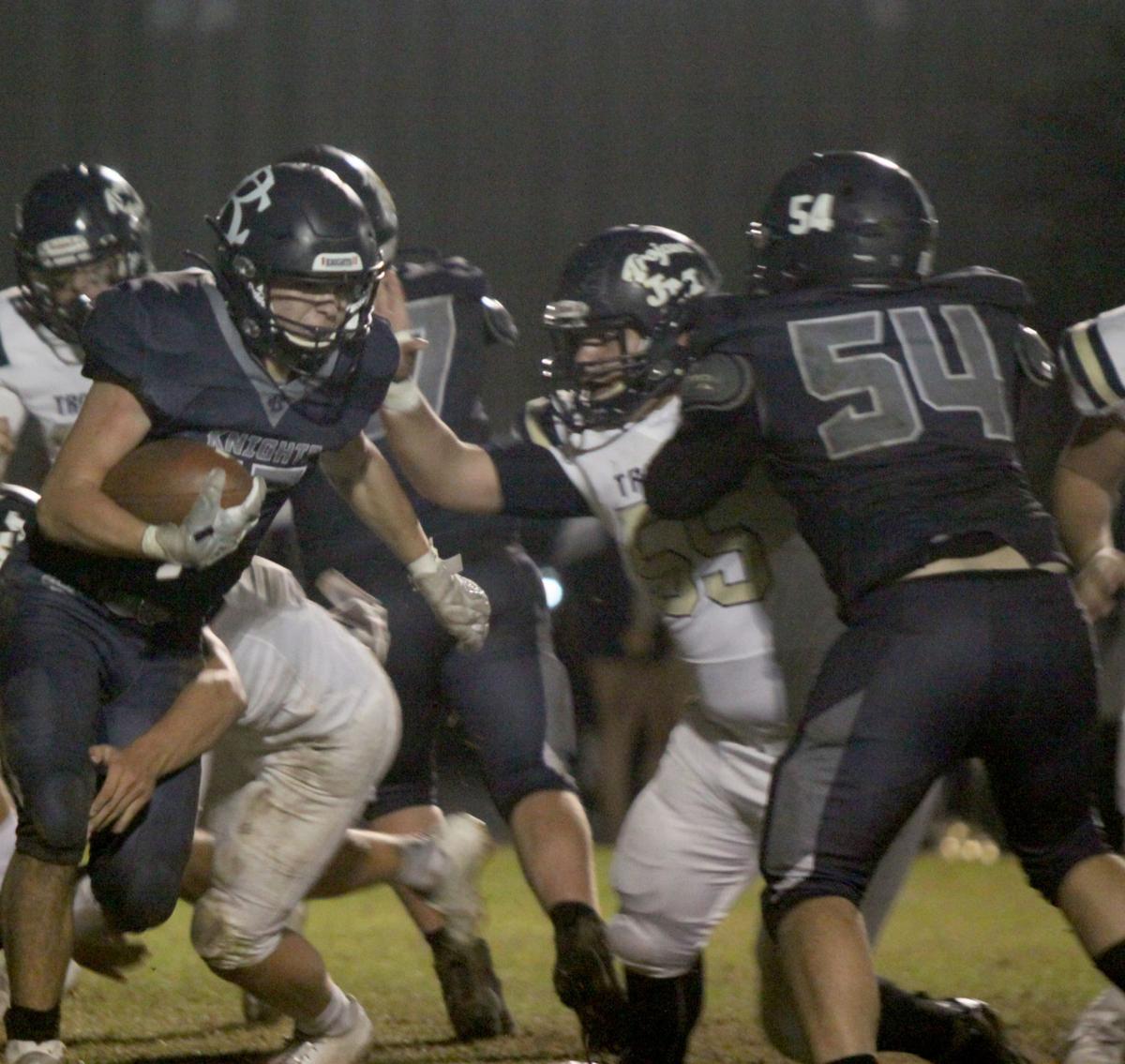 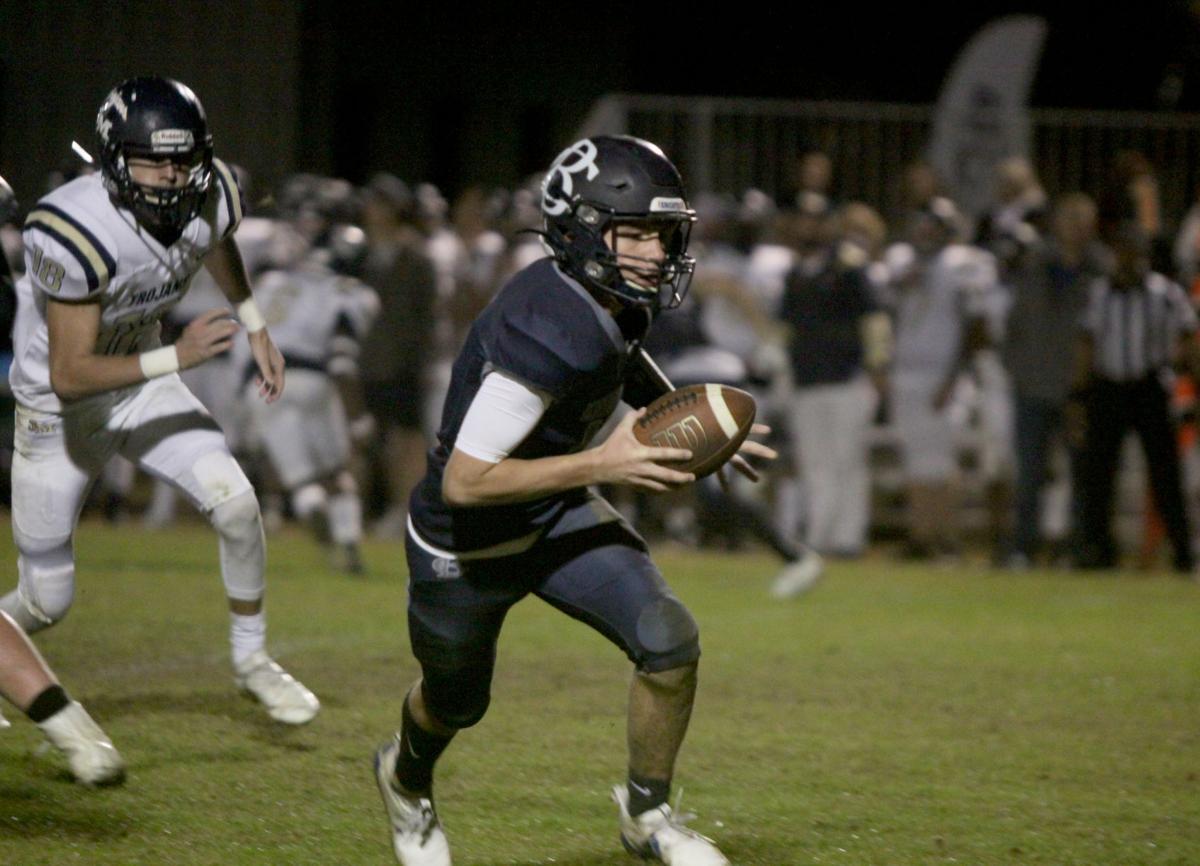 BCA quarterback Ben Reed looks to hand the ball off during the fourth quarter of Friday's game.

BCA's Jojo Adams (57) comes up with a fumble recovery during the second quarter of Friday's game.

BCA quarterback Ben Reed looks to hand the ball off during the fourth quarter of Friday's game.

A developing Bethlehem Christian Academy team knew it was facing an uphill battle at home Friday, Nov. 6, against the premier GISA powerhouse over the last several years, and John Milledge Academy indeed flexed its muscles early.

The Trojans scored touchdowns on their first six possessions over the course of just 15 offensive snaps and powered their way to a 43-0 win over the Knights in both teams’ GISA Region 4-AAA opener.

After the Trojans took just four plays to cover 50 yards on their first drive of night — capped with a 23-yard touchdown pass from Grayson Hopkins to Marcus Prestwood — the Knights (2-6, 0-1) showed a brief glimmer of light on their opening possession. Working with a slow and deliberate snap count, the Knights drew the Trojan defense offsides five times and hit on their biggest play of the night, a 27-yard screen pass from Ethan Guthas to Lawson Wooten. But the drive ended when Brady Logan’s 43-yard field goal attempt came up short, and on just the second play of the ensuing possession Hopkins hit a wide-open Taylor Dixon for a 63-yard touchdown to extend the lead to 14-0.

The Trojans scored on the first play of their next two possessions — both on quarterback runs of 47 and 20 yards by Patrick Mcdonel to build a 29-0 advantage by the end of the first quarter — and tacked on another pair of rushing touchdowns in the second quarter on runs of 43 yards by Landon Courson and 15 yards by Javian Butts.

JMA rolled up 349 yards of offense at just under 10 yards a snap, while the Knights were held to 62 yards. Guthas completed seven of 21 passes for 56 yards and threw a pair of interceptions.

The Knights will be back in action at 7:30 p.m. Friday, Nov. 13, when they host Westfield, where first-year BCA head coach Bruce Lane spent the 2019 season.

The Hornets (5-1-1, 1-0) won their region opener 35-14 over Creekside Christian and are a predominate running team. Sophomore quarterback Gavin Vining leads the team in rushing with 990 yards at 8.7 yards a carry and 13 touchdowns. Junior Porter Faulk has rushed for 648 yards at 7.6 yards a clip and eight touchdowns, and sophomore Cameron Kalmbach has tallied 411 yards on the ground.