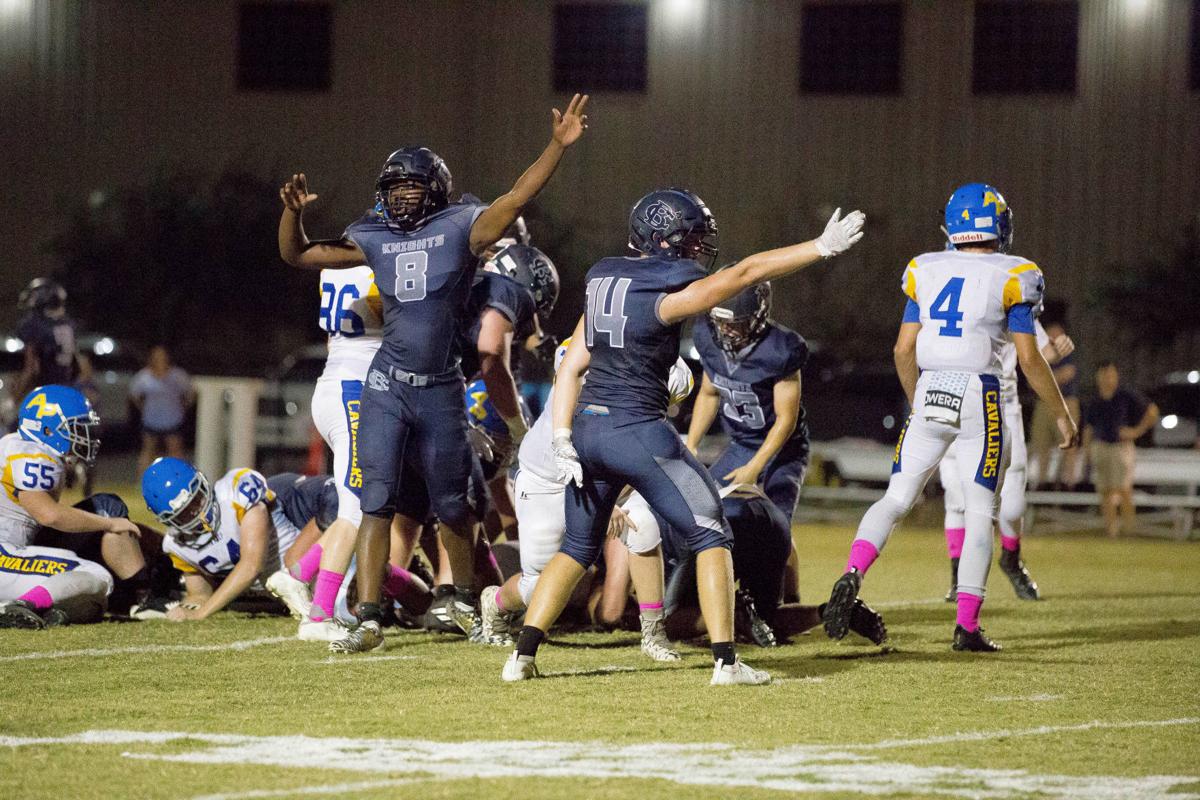 BCA's Eli Parker gets in the end zone during the Knights' win over Augusta Prep. 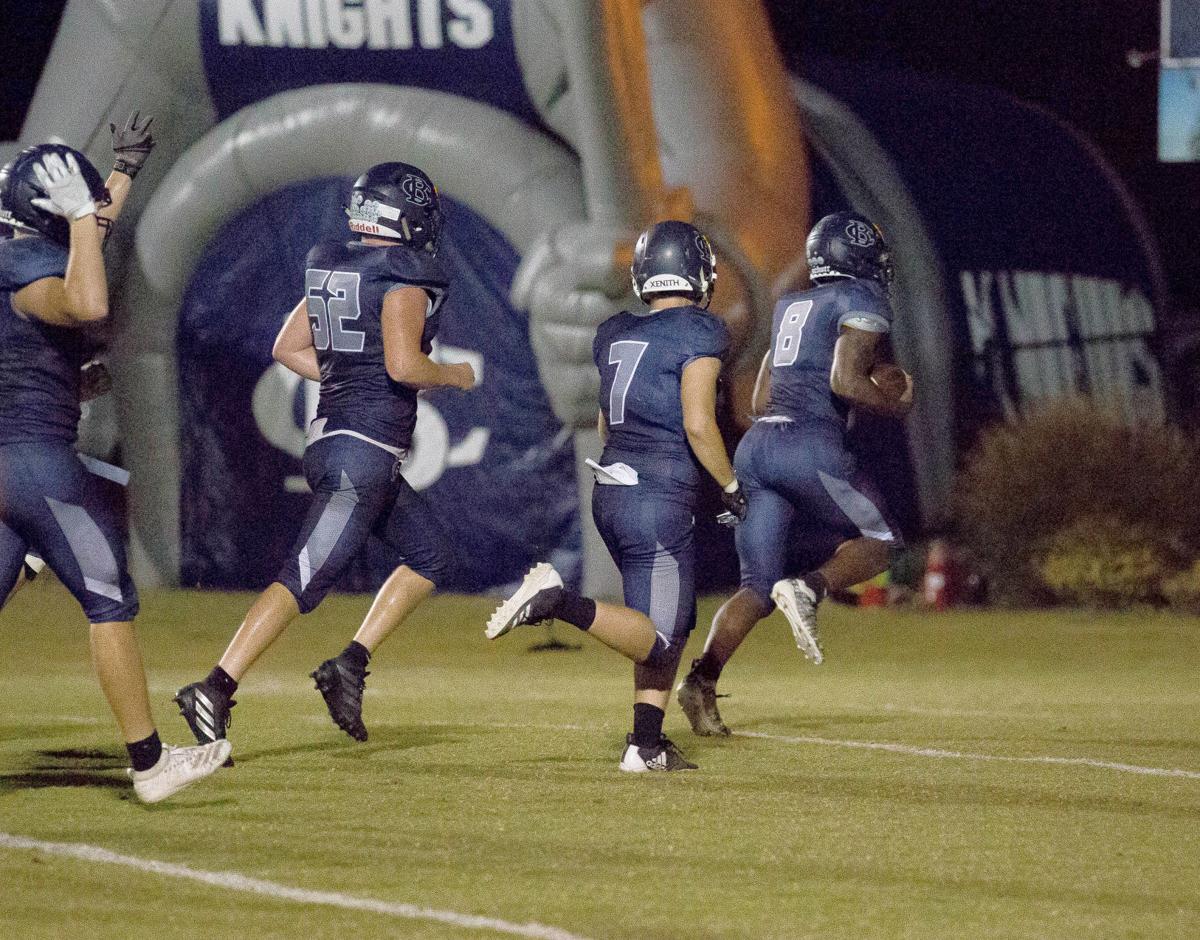 BCA's Laine Jean-Francois returns a fumble for a touchdown against Augusta Prep.

The BCA defense stuffed Augusta Prep's offense all night in the 65-0 victory.

The BCA offensive line opens up running room for Jesse Hutchison during the win over Augusta Prep. 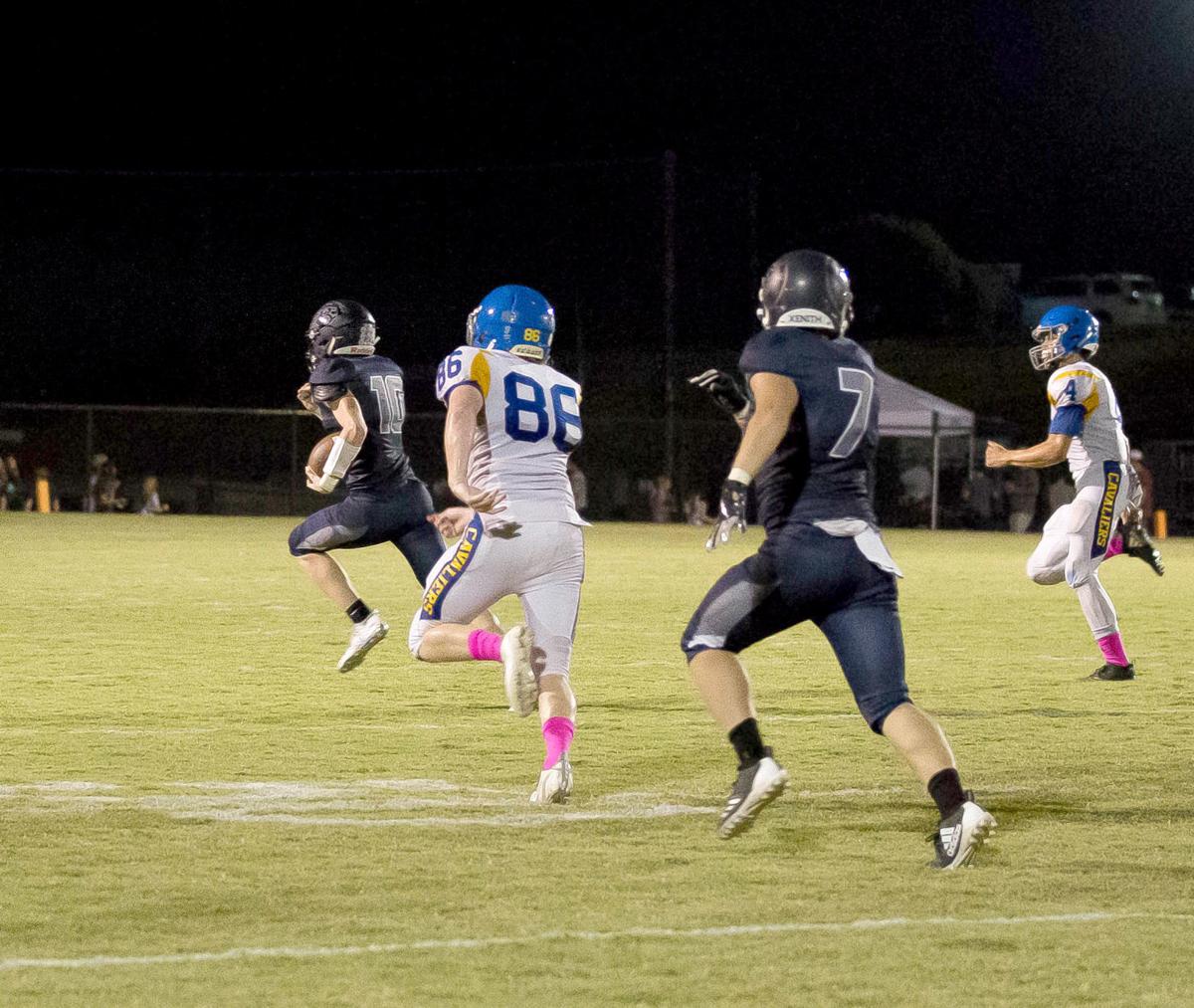 BCA kicker Maggie Mauck went 8-for-9 on extra points, booted a field goal and made a tackle on special teams in the Knights' 65-0 win over Augusta Prep. 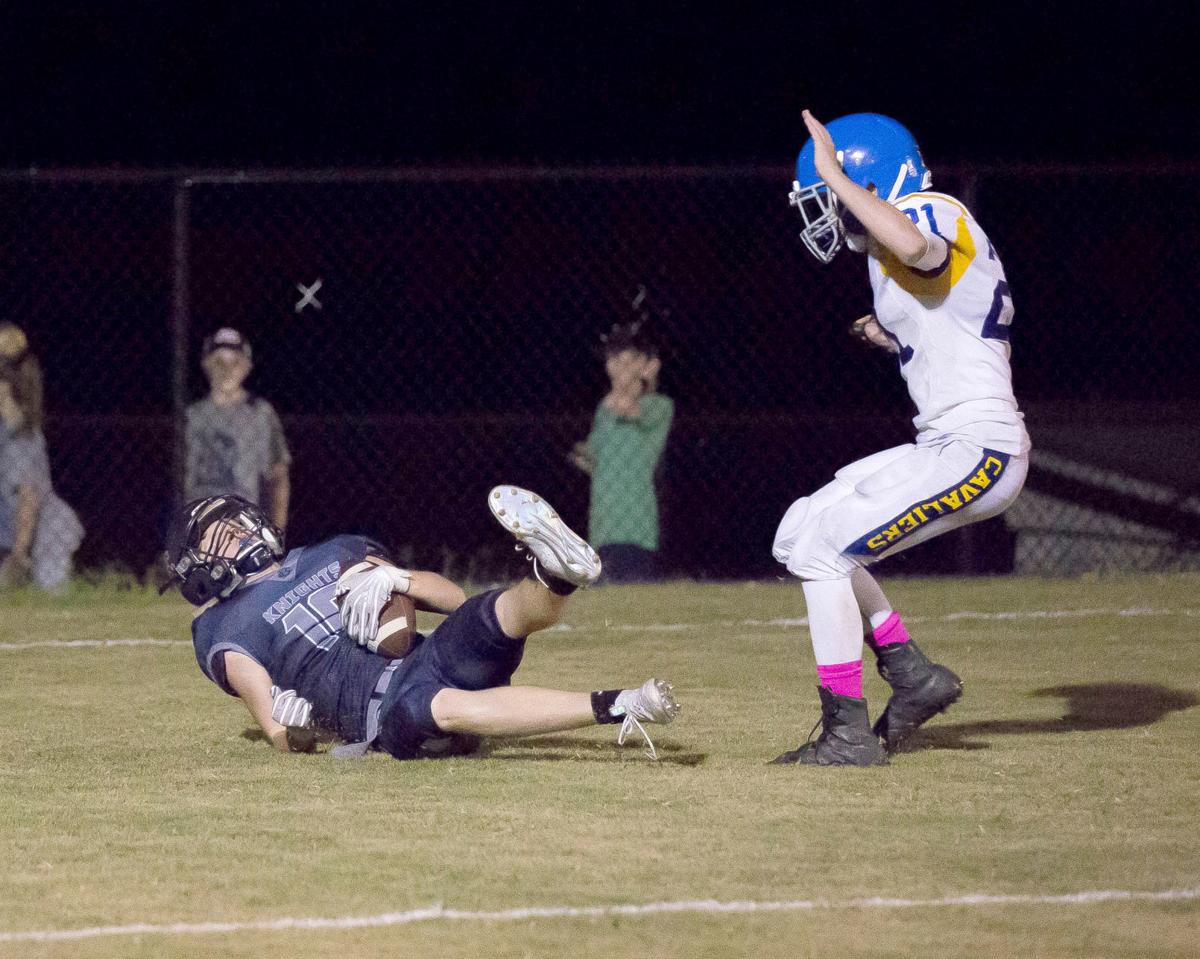 BCA's Eli Parker gets in the end zone during the Knights' win over Augusta Prep.

BCA's Laine Jean-Francois returns a fumble for a touchdown against Augusta Prep.

The BCA defense stuffed Augusta Prep's offense all night in the 65-0 victory.

The BCA offensive line opens up running room for Jesse Hutchison during the win over Augusta Prep.

BCA kicker Maggie Mauck went 8-for-9 on extra points, booted a field goal and made a tackle on special teams in the Knights' 65-0 win over Augusta Prep.

The first half of the 2019 football season has seen the Bethlehem Christian Academy football team take its share of lumps.

On Friday, Oct. 4, however, there were plenty of smiles to go around on the Knights’ sideline as BCA cruised to a 65-0 homecoming victory against the Augusta Prep Warriors. It was the first victory for head coach Gus Felder as BCA entered the game 0-5 overall.

The Knights dominated in all phases and had the victory well in hand by halftime. BCA scored on seven of nine first-half possessions, taking full advantage of eight Warrior turnovers in the first two quarters.

“We will enjoy the moment but we have to keep building,” Felder said. “Tonight is how we have to play. It’s all a process. We still have a long way to go to build what we want to get done. This was one step toward that goal.”

The standouts were numerous for the Knights. Senior Laine Jean-Francois recovered four fumbles in the first half, returning one for a score. Jean-Francois also blocked a punt in the second half. Lineman Eli Parker rushed for two scores as he was used in the offensive backfield.

Perhaps the play which drew the biggest reaction from the BCA sideline, however, came in the second half on a kickoff by the Knights. On that play, senior kicker Maggie Mauk kept Augusta Prep from reaching the end zone.

Mauck was mobbed by fellow BCA players after making the play. She also received a hug from Felder.

In past seasons, Mauck would go to the sidelines immediately after kicking off. However, this year the kickoff coverage is different and she is the final safety on kickoff coverage.

“I was scared,” Mauck admitted as she saw an Augusta Prep player running toward her. “I had made plays in practice but that was without pads.”

Mauck received a battle scar for her efforts as she had a fingernail nearly torn completely off. Still she was all smiles the rest of the night, having her finger taped up by the trainers. The senior was 8-of-9 on point-after kicks and also was successful on a 28-yard field goal in the second half.

The win helped ease the tough first half of the 2019 season.

“It has been a lot better being on this side of things tonight,” said junior Chad Norwood, who scored the team’s third touchdown on a 54-yard run with 4:04 remaining in the opening quarter.

Augusta Prep (0-6) started the game with a successful onside kick. The Warriors, however, had trouble holding onto the football, fumbling on the first play of five offensive possessions in the first half.

Eliel Saint-Louis got the touchdown party started for BCA on a 40-yard run. Jacob Adams started the game at quarterback, eventually splitting time with Ethan Guthas.

Adams has seen time at quarterback this season but the coaches wanted to use more of the Wildcat formation.

Parker, who helps anchor the team’s offensive line, was used in the backfield against Augusta Prep and scored touchdowns on runs of 7 and 3 yards. After his first score, Parker gave the football a spike, for which he was penalized.

“He lived a lineman’s dream tonight,” Felder said. “I can’t be mad at him for that.”

On his second touchdown run, Parker simply put the football on the ground.

Avery Stevens made a big play on special teams by nearly returning a punt for a score.

Guthas added a 34-yard touchdown to cap the first half scoring and also threw a 64-yard strike to Adams. Guthas connected with Patterson as well for a 23-yard scoring play.

Even with a running clock in the second half, BCA found the end zone again on an 18-yard pass, this time from Adams to Guthas.

The Knights are off Oct. 11 before returning to action Friday, Oct. 18, at home against Westfield.