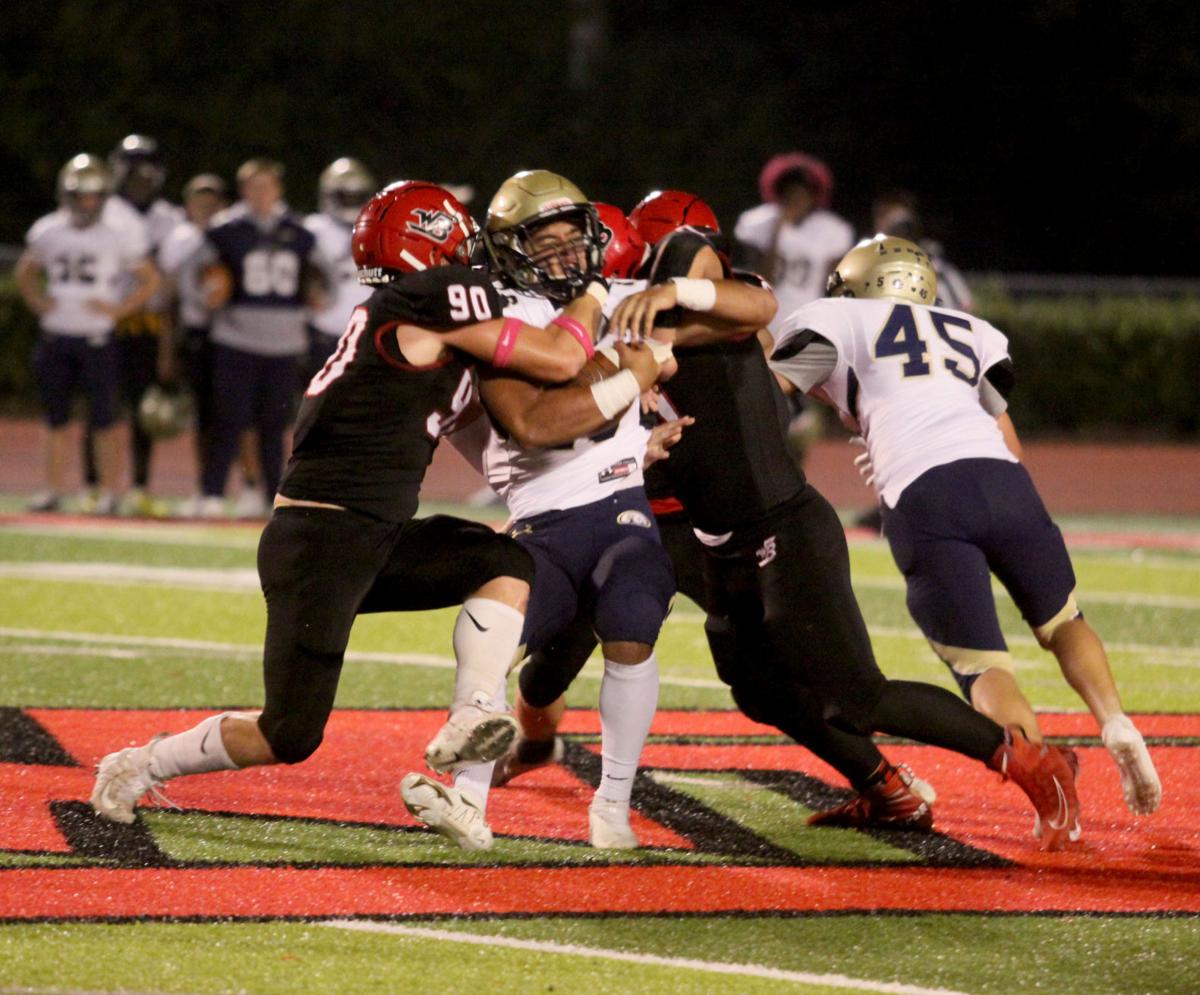 Winder-Barrow will look for another strong outing from its defense and hope to get its offense back on track this week in a key region game against Central Gwinnett. 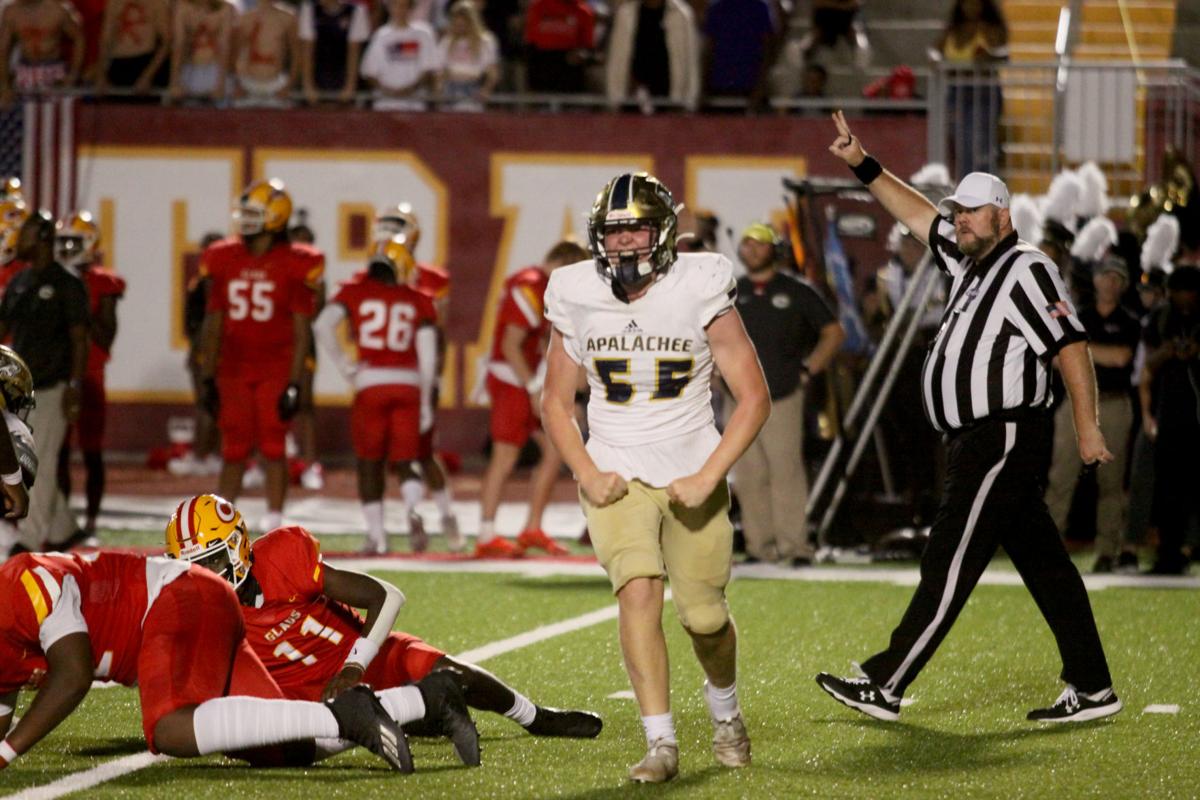 Kaiden Martin and Apalachee will host Johnson-Gainesville for homecoming this week. 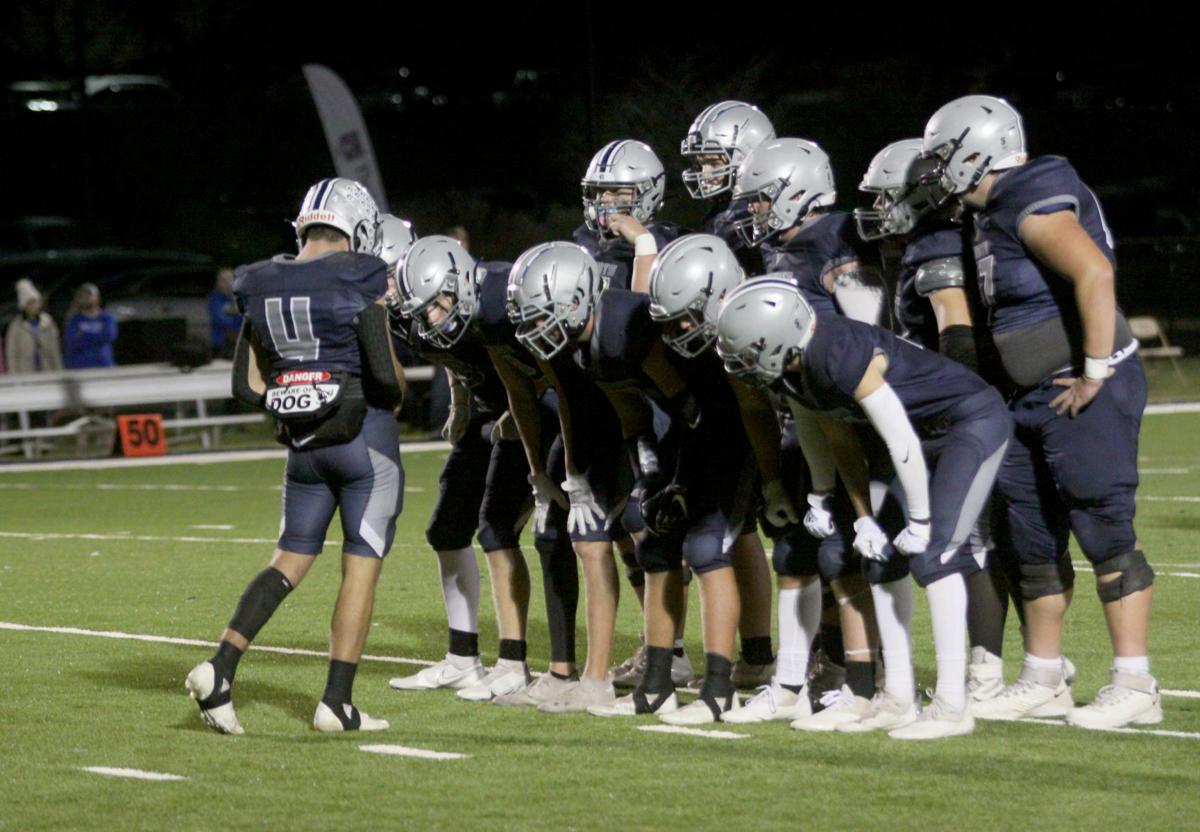 BCA's offense will be aiming to keep its balance and productivity this week against Thomas Jefferson Academy in a battle of two 6-1 teams.

Winder-Barrow will look for another strong outing from its defense and hope to get its offense back on track this week in a key region game against Central Gwinnett.

Kaiden Martin and Apalachee will host Johnson-Gainesville for homecoming this week.

BCA's offense will be aiming to keep its balance and productivity this week against Thomas Jefferson Academy in a battle of two 6-1 teams.

Like most other head football coaches, Winder-Barrow’s Ed Dudley often says execution in all three phases — offense, defense, special teams — is the key to winning games. And for the Bulldoggs, the goal this week and going forward over the final three regular season games is simple: they have to get better production out of their offense than they have the last two weeks if they want to make a third straight trip to the postseason and seventh in the past eight years.

The Bulldoggs committed four turnovers and were limited to just 121 yards by a stingy Shiloh defense Thursday, Oct. 7, in a 9-0 loss in Snellville. The Generals got a 5-yard touchdown pass from Jeremiah Harden to Jamir Imuzai in the first quarter and tacked on two more points in the third when an errant snap on a punt attempt by the Bulldoggs traveled out of their end zone for a safety.

Since a 45-14 road blowout of Habersham Central on Sept. 24, Winder-Barrow (3-4, 1-2 GHSA Region 8-AAAAAA) now has 10 giveaways and has managed only 15 points over its last two games — both losses which have put the Bulldoggs in critical need of a win Friday, Oct. 15, when they host Central Gwinnett in another key region game.

“It’s a must-win game for both teams, really, if we want to keep our playoff hopes alive,” Dudley said earlier this week of the pending matchup with the Black Knights, who are also scuffling and enter the action at 1-6 overall and 0-3 in region play with three games left for both sides.

“We’ve been having a good week of preparation for it,” Dudley said. “I’m really proud of the way our defense played last week and has been playing, but, offensively, our guys have got to show up.”

The Bulldoggs particularly have struggled in the passing game, where they threw four interceptions last week against Shiloh and have now been picked off seven times in their last two outings. But those interceptions and not-so-optimal passing situations were created in part by Shiloh’s stuffing of the run. The Bulldoggs were held to 34 yards on the ground and completed only 13 passes in 39 attempts.

“We’ve put in a lot more quarterback run to try to emphasize the run game some more because (39 passes) is definitely not our style,” Dudley said. “Since I’ve been here, we’ve probably not won too many games, if any, where we had more than about 25 pass attempts. We’ve got to have better run-pass balance.”

Central Gwinnett, which has lost six straight contests since its season-opening 20-0 win over Discovery, has also struggled mightily, but for a longer period of time. The Black Knights, who lost 48-14 to Lanier last week, have scored only 42 points over the span of that six-game skid.

Junior quarterback Justin Johnson has been Central’s primary source of offense, amassing a little over 1,000 total yards (672 passing, 387 rushing) and accounting for three touchdowns, while sophomore Jason Jackson has 479 rushing yards (5.8 a carry) and five touchdowns. But Johnson has also been intercepted eight times and will go up against a Winder-Barrow secondary that has shown a knack for picking passes off.

“Pretty similar. They’ve been battling the turnover bug, too, and I hope they keep it up and we get our issues fixed,” Dudley said. “(Johnson) is definitely the key pivot point for them. We’ve got to have a spy on him at all times, and I think our coaching staff will have our kids ready for the challenge.”

After its final bye week of the year before a pivotal four-game stretch to close out the regular season, Apalachee returns to action this week also needing to pick up a win against a struggling opponent and keep itself firmly in contention for a playoff spot.

The Wildcats (1-5, 1-2 8-AAAAA) enter their Friday homecoming game against Johnson-Gainesville (0-6, 0-4) as one of five teams in the eight-team region with two losses. They’ve already defeated one of those teams, Eastside, and the other three — Walnut Grove, Loganville and Jackson County — will be their final three opponents.

The Knights are allowing more than 52 points per game through their first six and have averaged just 7 a game, but they’ve been shut out four straight times since scoring 35 against East Hall in a 49-35 loss Sept. 10.

Apalachee will hope to continue building off strong running performances from its past two games. Senior running back Colby Sikes (636 rushing yards, 8 yards a carry, five touchdowns) leads a committee of backs who have supplied the bulk of the team’s offense.

Kickoff at R. Harold Harrison Stadium is set for 7:30 p.m.

At 6-1 with four regular-season games to play, Bethlehem Christian is playing the best football it’s ever played and with one more non-region game to play before its three-game GISA Region 4-AAA slate.

While the Knights’ eventual postseason positioning will be determined by power rankings and not region standings, there is ample anticipation about how they’ll fare against a competitive region, starting with next week’s showdown with two-time defending AAA state champion John Milledge Academy in Milledgeville.

But BCA coach Bruce Lane was quick this week to brush that talk aside with a talented Thomas Jefferson Academy team — two-time defending champs in their own right in Class AA — coming to Knights Field on Friday night.

“John Milledge isn’t even a blip on our radar right now,” Lane said this week. “Our kids have been really good about focusing on one game at a time, and they realize we’ve got an opportunity to do some things that no other team here has done. For us, it’s all about practicing and playing up to our standard that we’ve set for ourselves. If we meet or exceed it and believe in the process, that gives you the opportunity to win and be successful.”

The Knights, who are coming off a bye week that followed a 38-31 win over Cherokee Christian on Oct. 1, will face a Thomas Jefferson team that is 6-1 and winners of its last two games. The Jaguars are an option team basing out of a traditional Wish Bone but also mixing in triple-option concepts.

“They’re traditionally very good and are having their typical year,” Lane said. “They’re well-coached, solid across the board, and the quarterback and running back do a good job of running that offense. They’re going to come right at you, but they run just enough misdirection and counters to keep you honest. Scheme is important, but some of it is about the Jimmies and Joes, too, and ours have done a good job this season in all phases of the game. Hopefully we’ll have a disciplined game Friday.

“They’re going to be a very good opponent. Our kids recognize and respect that.”