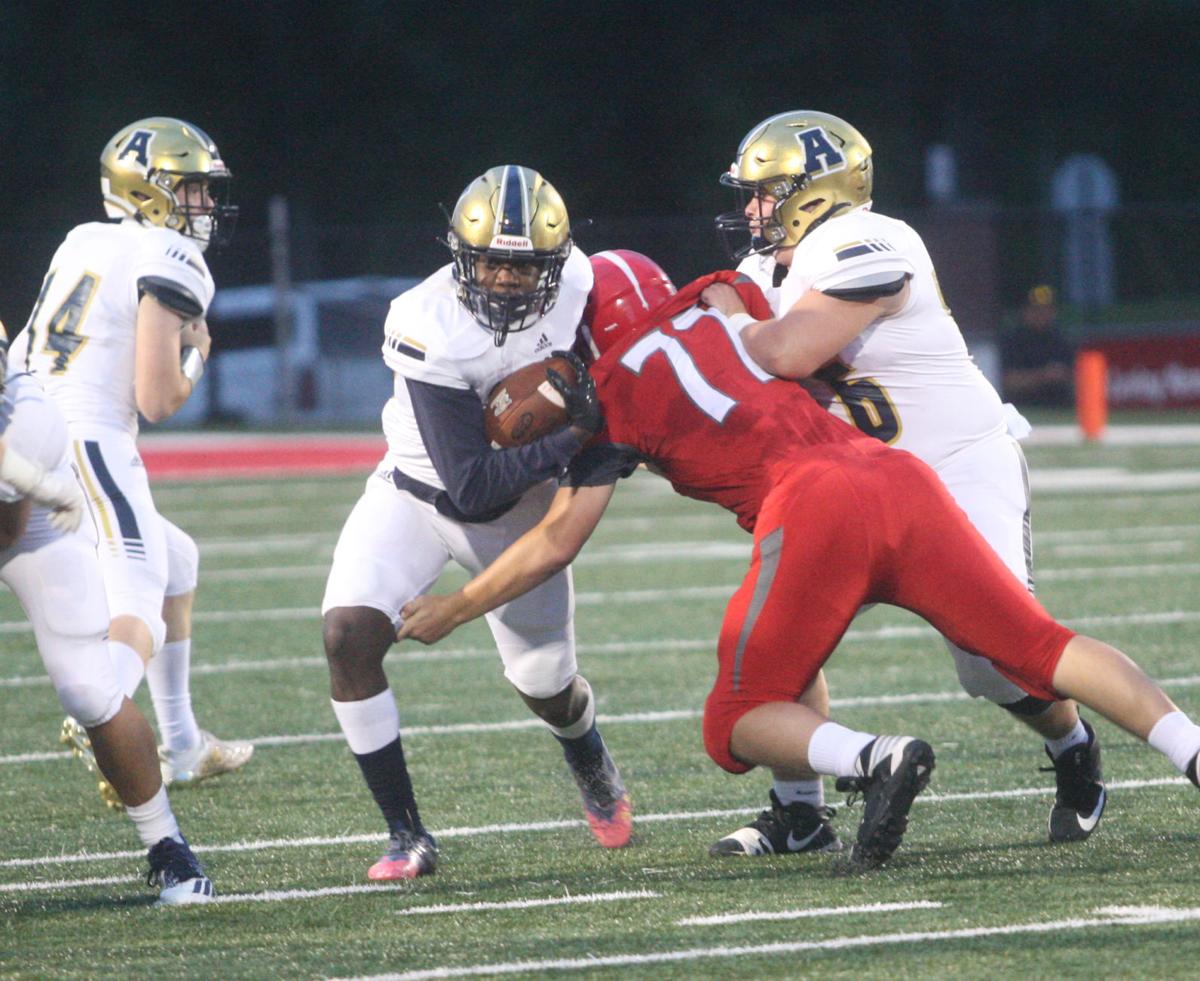 Apalachee's Channin Daniels carries the ball for a gain against Madison County on Friday, Sept. 18. 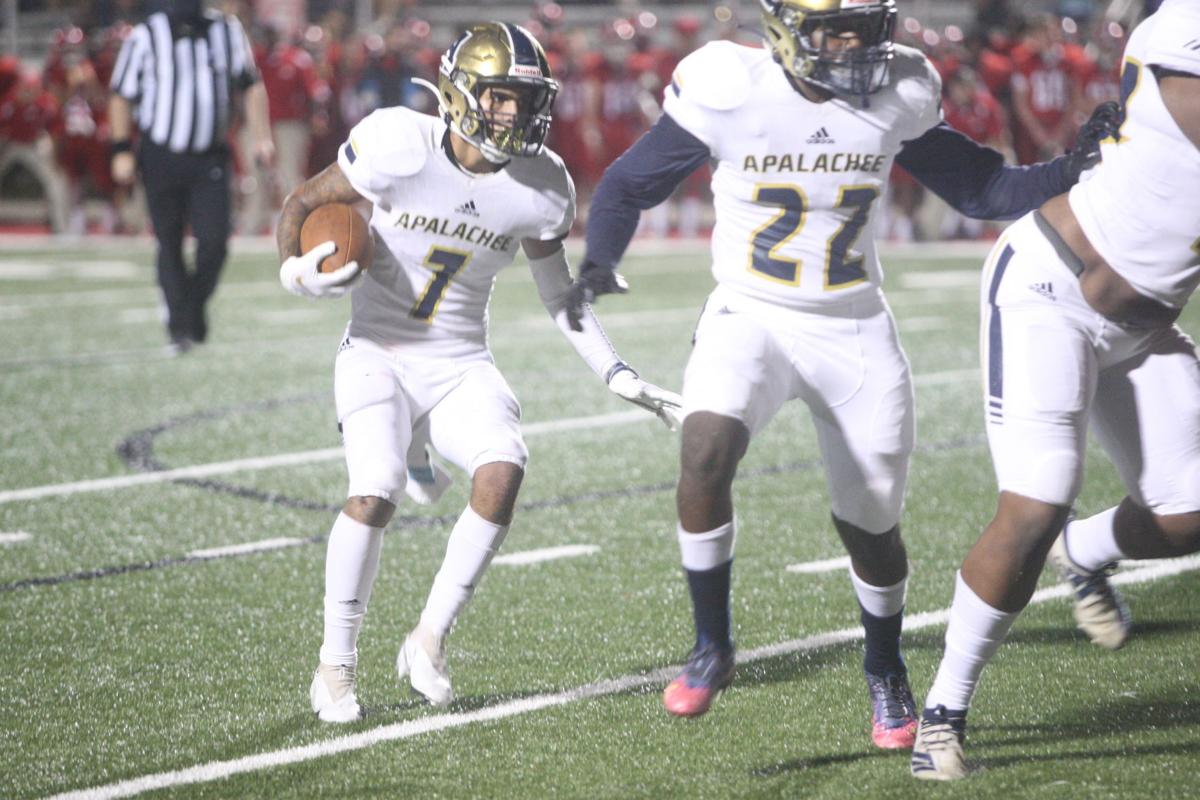 Isaiah Starks carries the ball for Apalachee during Friday's game at Madison County.

Apalachee's Channin Daniels carries the ball for a gain against Madison County on Friday, Sept. 18.

Isaiah Starks carries the ball for Apalachee during Friday's game at Madison County.

Apalachee sniffed victory in the oven but couldn’t eat the cake Friday, losing a 10-6 fourth-quarter lead after giving up two late touchdowns in Danielsville and falling to Madison County, 21-10.

The Wildcats and Red Raiders both struggled with self-inflicted wounds, with yellow flags flying and the pigskin often loose on the artificial turf.

Apalachee (0-3) took its opening drive into Red Raider territory before coughing the ball up at the Madison County 34 in a tone-setting first possession. Madison County (1-1), which was coming off a cancellation the previous week due to coronavirus quarantines, immediately returned the favor, moving into the Wildcat red zone before fumbling the ball away.

The Wildcat defense held firm when the Red Raiders threatened to score early in the second quarter after driving inside the red zone. Senior linebacker Marcus Streeter hit Madison County quarterback Cooper Brown from the blindside, forcing a fumble. Senior Dreshuan Jackson scooped up the ball and raced to the Red Raider 44, but the Wildcats couldn’t manage any points.

Intermission approached with no score on the board. But Madison County struck first blood when Brown raced 43 yards deep into Wildcat territory, then hit Martavian Cooper for a nine-yard touchdown score with 26 seconds left in the half. The PAT failed and the Red Raiders led 6-0 at intermission.

Madison County fumbled away its opening possession of the third quarter and Apalachee was in business at the Red Raider 15. Running back Tauheed Ferguson carried the ball in for a two-yard score, but the touchdown was wiped out by an illegal formation penalty. A moment later, a hush fell over Raider Stadium as Ferguson lay in pain on the ground after a short run. The senior was lifted onto his side onto a stretcher and transported by ambulance to a local hospital.

After the long, sobering delay in action, junior running back Channin Daniels carried the ball in from six yards out for the Wildcats’ lone touchdown on the night with 7:24 to go in the third quarter.

Apalachee added to the lead in the fourth quarter following another Red Raider fumble. The Wildcats faced fourth-and-goal at the Madison County 1. But a false start penalty moved the ball back to the six. Apalachee settled for a 23-yard-field goal to pull ahead, 10-6, with 7:55 to go.

But Madison County soon took control of the game. Brown connected with Nolan Hill on a short pass and the senior wide receiver raced into the open field, scoring from 60 yards out. Brown then hit Devin Welborn for a two-point conversion, putting Madison County up 14-10.

The Red Raiders added an insurance score with 1:15 to go on a five-yard touchdown run by Dayton Gresham.