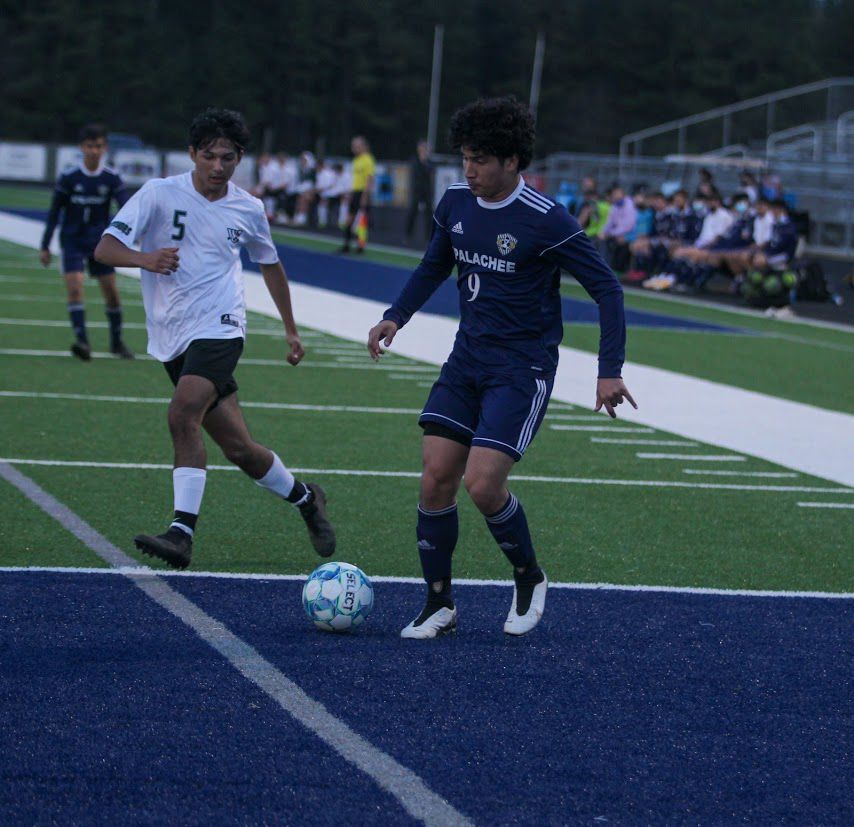 Apalachee's Jared Romero works the ball into the box during Tuesday's match against Walnut Grove. 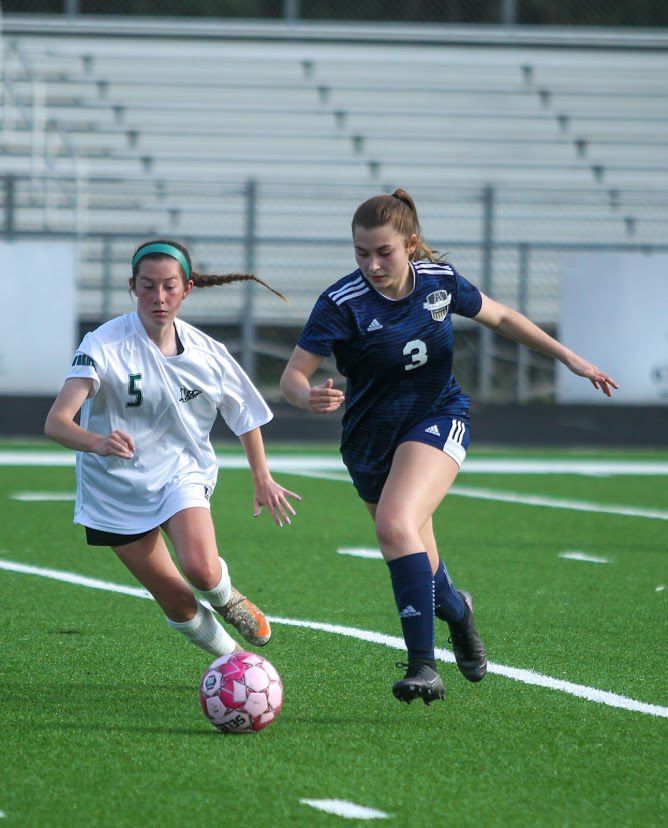 Apalachee's Jared Romero works the ball into the box during Tuesday's match against Walnut Grove.

Despite dominating Walnut Grove on the field, the Apalachee boys’ soccer team had a relatively small lead for the first 60 minutes of their home GHSA Region 8-AAAAA match against Walnut Grove on Tuesday, March 30.

The Wildcats led 1-0 at halftime and 3-0 at the 52-minute mark despite controlling possession and taking nearly a dozen shots on goal. Then the Wildcats went on a rampage in the final 15 minutes, scoring four goals to defeat Walnut Grove 7-0.

“I didn’t think we were playing very well in the first half,” said Apalachee coach Chad Hooper. “We were backing up and not pressing and giving them too much space to pass the ball. We weren’t keeping the ball on the ground. It was a lot of up in the air and we were dribbling too much.

“In the second half, we worked well as a team, made some really unselfish plays to get rid of the ball and to set up our guys to score. We did a lot better job in the second half attacking-wise and defensively.”

Despite controlling the ball for the majority of the night, Apalachee (8-4-1, 5-1 region) almost conceded a goal in the ninth minute. The goalkeeper left the goal empty and a Walnut Grove player shot the ball into the frame, but Luis Coronado slid into the goal to prevent the ball from breaking the plane. That was Walnut Grove’s last chance to score in the game.

Apalachee finally scored in the 25th minute. Jared Romero took a high shot from the right side of the box that was deflected by the keeper. Fernando Galaviz gathered the ball near the goal, and knocked it through for the score.

Anthony Bonilla’s free-kick connected with Liam Graham’s head in the 47th minute for Apalachee’s second goal of the night. Steven Flores extended the Wildcats’ lead to 3-0 when he beat most of Walnut Grove’s defense and juked past one more defender in the box to find an open look at the frame.

Jesse Alungulesei put the game away in the 65th minute when he ran into the box from the right side for an open shot. Apalachee scored three goals in the final three minutes to extend the final score to 7-0.

Apalachee returns to the pitch Friday, April 2, at Clarke Central High School. The winner earns the No. 2 seed in the region for the state playoffs.

The Wildcats led 2-1 thanks to a goal scored by Victoria Johnson at the 45th minute. But Walnut Grove scored three-unanswered goals in the last 20 minutes to steal a 4-2 victory from Apalachee.

Walnut Grove (8-4, 3-2) dominated the time of possession in the first half, but it didn’t muster much with those possessions and didn’t even test Apalachee goalkeeper Emily Dell until the 21st minute.

The Wildcats made Walnut Grove pay for its timidity in the 30th minute by capitalizing on the Warriors’ keeper failing to gather the ball. Emily Hale took possession in the box and found Emily Martinez in front of the goal for the score.

The Warriors tied the game at the 44th minute but Apalachee immediately took the lead back with Johnson’s goal. She received the ball inside the box via a throw-in and found room around the keeper for the score.

The game got away from Apalachee in the 62nd minute when a hard, low shot zoomed past Dell’s out-stretched arms, tying it at 2-2. The Warriors took their first lead of the game at the 74th minute when a cross from right of the box found an open striker in front of the goal. Walnut Grove put the game away a minute later when a forward dribbled from midfield to the box for a wide-open shot.