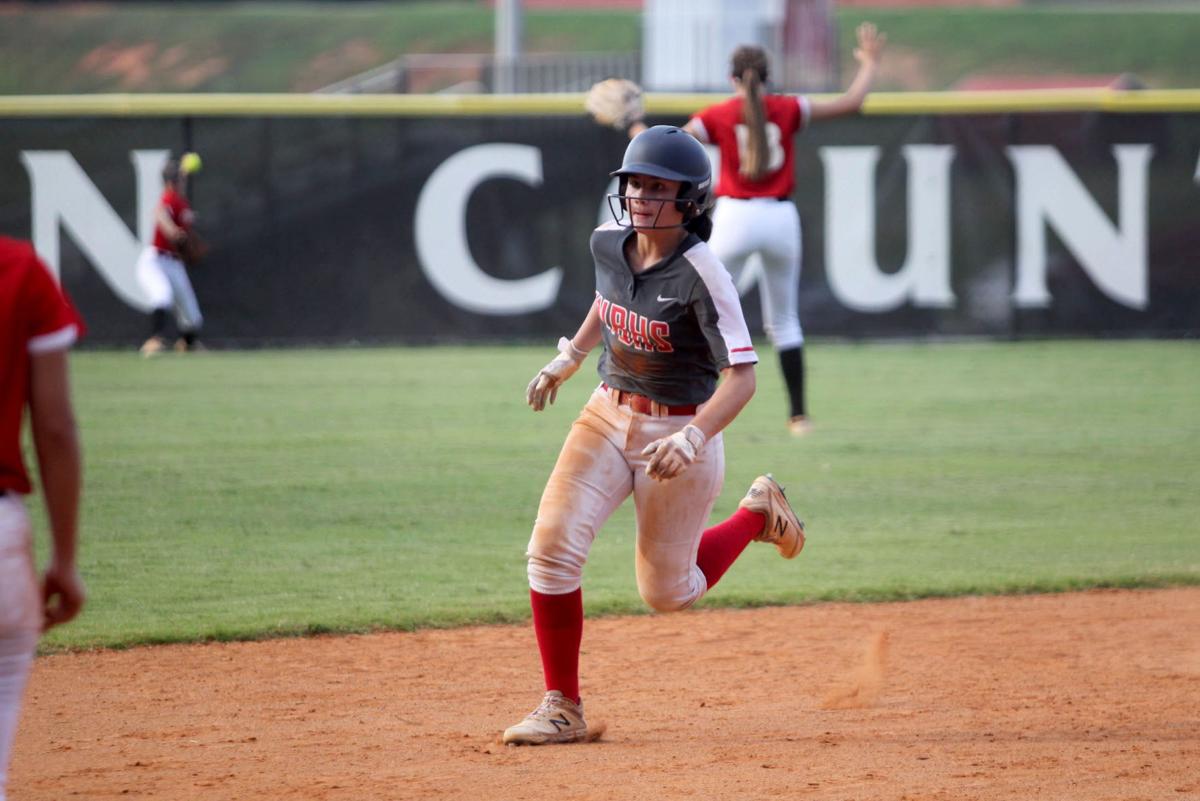 Winder-Barrow senior catcher/outfielder Rachel Harwell, seen here scoring in the season opener at Jackson County on Aug. 6, will be a key part of the Bulldoggs' lineup this season. 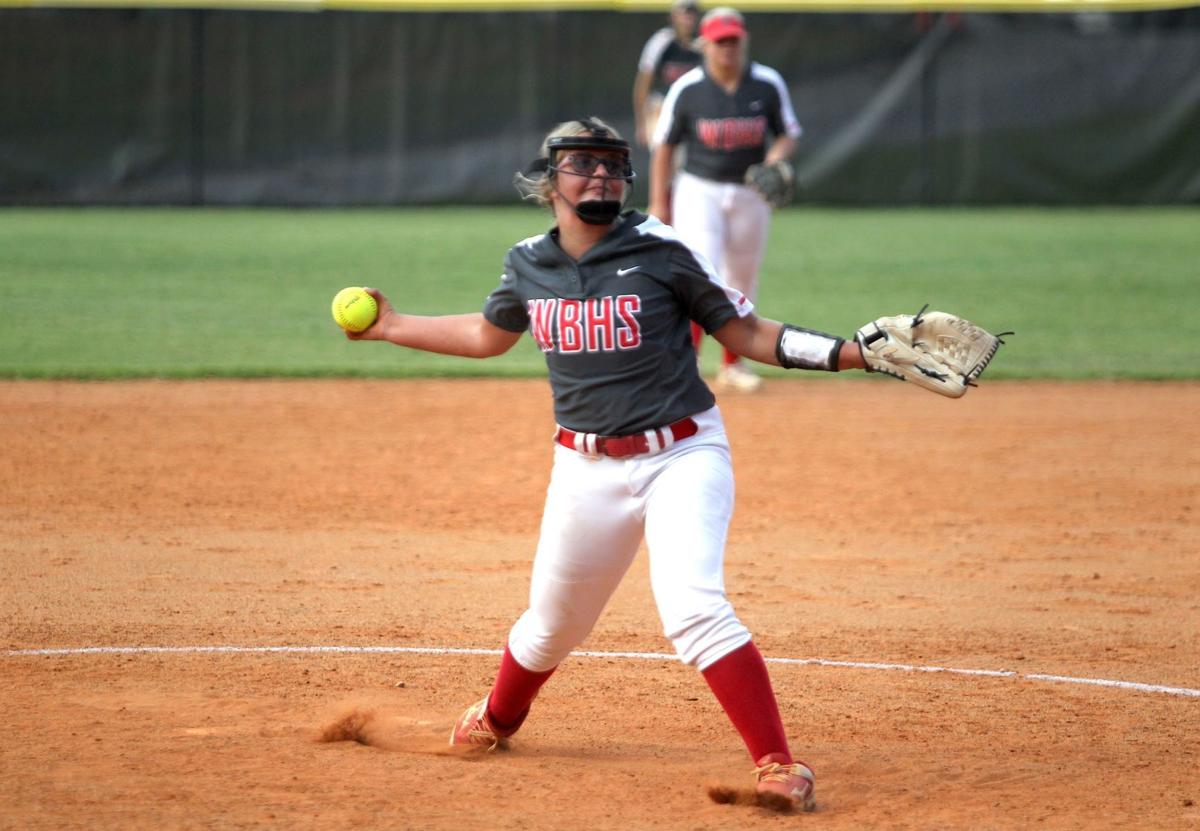 Sophomore Alyssa Logston is one of several pitchers the Bulldoggs are counting on this season.

Winder-Barrow senior catcher/outfielder Rachel Harwell, seen here scoring in the season opener at Jackson County on Aug. 6, will be a key part of the Bulldoggs' lineup this season.

Sophomore Alyssa Logston is one of several pitchers the Bulldoggs are counting on this season.

First-year Winder-Barrow head coach Jordan Najafi has high expectations for the Bulldoggs this fall, but she knows it will take a total team effort every outing to reach their full potential.

Najafi saw just that on Wednesday when Winder-Barrow shut out East Jackson 2-0 at home behind the strong outings of three pitchers and contributions from up and down the lineup.

“It was awesome,” said Najafi, whose team evened its record at 1-1 after a disappointing 12-3 loss in its season opener at Jackson County. “All 16 (players on the roster) had a hand in it. It was just the essence of a team win. We needed everybody to make it happen and they came through.”

A long-time assistant with the program dating back to 2012, with a one-year hiatus in 2016, Najafi was tapped in February to take over as head coach for Lee Smoak, who decided not to return. Her familiarity with the program and the players has helped her prepare for the 2020 campaign, especially with coronavirus pandemic throwing a huge wrinkle into those preparations.

“It’s been a weird time. If I didn’t have that background with the community and the players, it would have been a lot more stressful,” Najafi said. “But that trust was already there with the girls. In the midst of COVID, the biggest challenge for us has been the constant change. The only thing we can count on is things change on the fly.

“But with all the protocols in place, the girls have risen to the occasion magnificently — and the parents, too. We’re doing everything we can to stay safe and healthy because we do want to see this season continue. Our training staff has been awesome to deal with in making sure we’re staying on top of it.”

Despite losing four seniors off last year’s team, including one of the top hitters in GHSA Region 8-AAAAAA the last few seasons (Rebekah Freeman), Winder-Barrow returns a mix of strong veterans and talented newcomers that should help keep the team competitive.

“I’m super-excited about the team. There’s so much talent we can move around and different lineup configurations we can run out there and feel comfortable with,” Najafi said. “We’re still pretty young, all things considered, but I’m really excited to see what the younger players can do. Freeman’s bat was really key, but I think there are some other girls ready to step up and fill that void.”

Among the key returners is senior catcher Rachel Harwell, who went 3-for-3 with an RBI double in the win over East Jackson. Harwell forms a solid defensive nucleus in the middle of the field with sophomore shortstop Abby Polk, junior second baseman Alyssa Bond and sophomore center fielder Dayton Power, but will also see time in the outfield as Najafi will look to help keep her legs fresh. Junior third baseman Kendal Miller and senior first baseman Carlee Schotter will primarily man the infield corners, while senior Amber Smith and sophomore Marissa Metz provide varsity experience in the outfield. The Bulldoggs will also get some help in the field from additional sophomores who were promoted from the junior-varsity squad and freshmen who will step in right away.

While Winder-Barrow has been a playoff team the last four years and gotten a generally productive offense and solid defense, inconsistency and injuries in the pitching staff have kept the Bulldoggs from knocking Dacula and Apalachee from the top of the region standings. WBHS pitchers gave up 12 runs, 10 hits and five walks in the opener against Jackson County but showed vast improvement in the shutout win over East Jackson, as junior Alisha Lopez, freshman Rylie Beddingfield and sophomore Alyssa Logston combined to limit the Eagles to seven hits and three walks and worked their way out of some jams. Freshman Emily Hall is also expected to contribute innings in the circle.

“We are very much going to rely on a staff mentality,” Najafi said. “And I think that helped us in the win over East Jackson, having those fresh arms and legs at the end.”

And while Apalachee dropped down to Class 5A, the Bulldoggs will still be in an ultra-competitive region with defending 8-AAAAAA champion Dacula still there and perennial power Buford moving in. Habersham Central is also expected to compete for the title, while Lanier and newcomers Central Gwinnett and Shiloh round out the region slate.

“I do like our chances, and I think it’s anybody’s region to take,” Najafi said. “Buford has a strong past but I think we can challenge them, play them close and beat them if we have the right attitude and mentality.

“The big key for us will be the mental side of it. We have a very tough region so we’re going to give up some big hits; that’s just the reality of it. We’ve got to be able to overcome that and prevent the big inning. I’d put our defense up against anybody, honestly, so if we can limit those big innings, we’ve got a shot.”

The Bulldoggs’ Thursday home game against Oconee County was rained out. They’ll visit Apalachee on Monday before opening region play Tuesday at home against Shiloh.