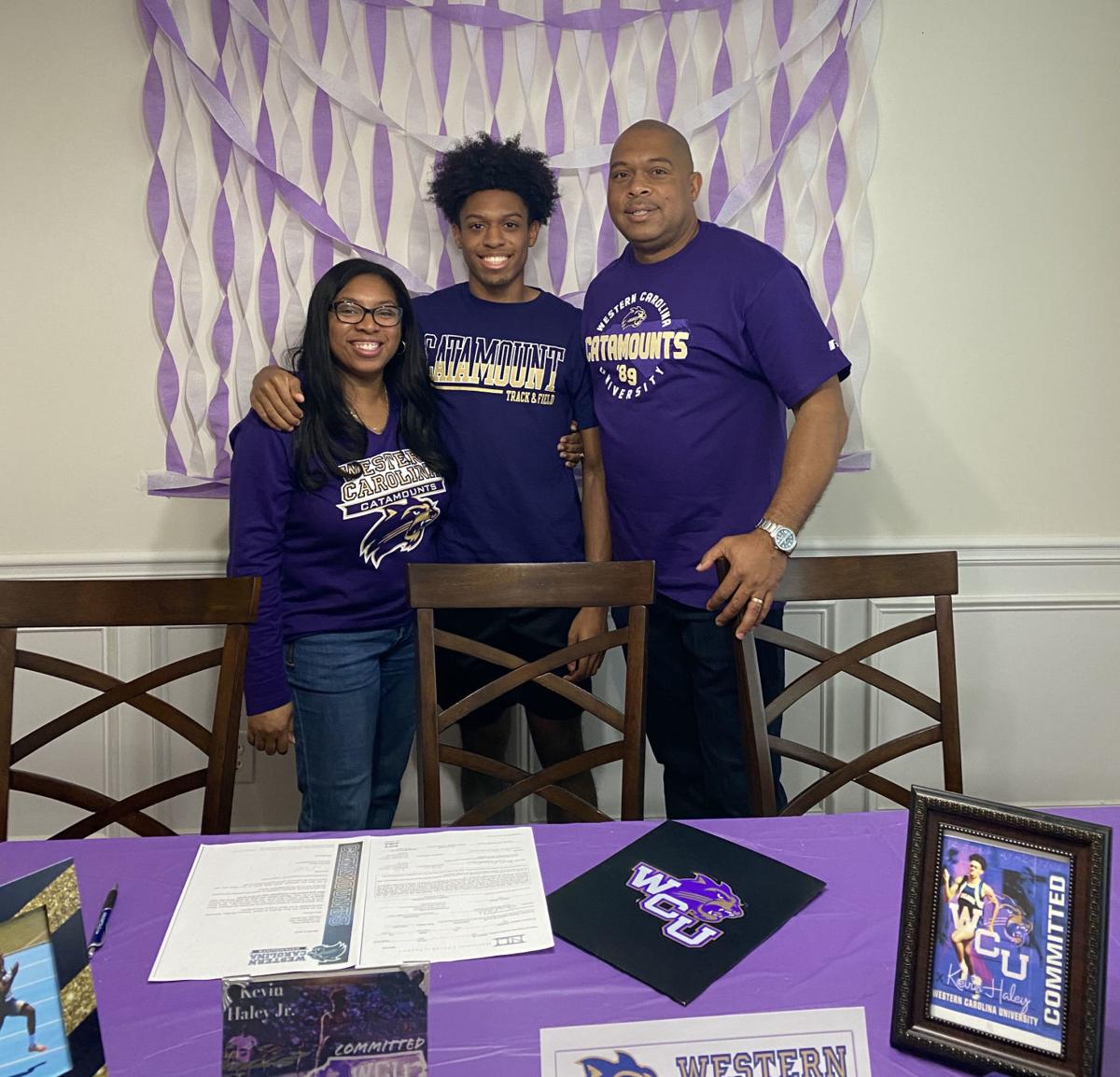 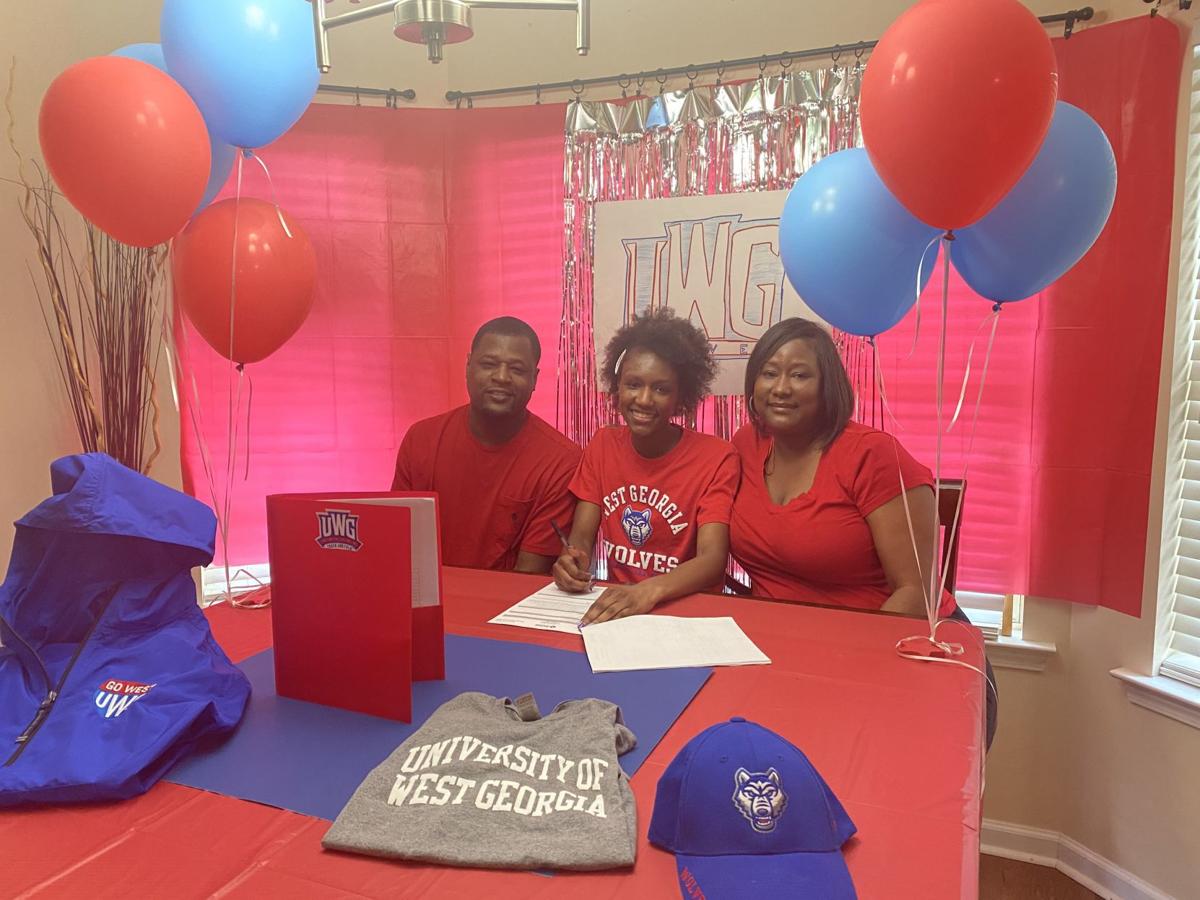 Apalachee track and field senior Samira Barnett recently signed with the University of West Georgia. She is pictured with her parents, Shameka and Gregory Barnett.

Apalachee track and field senior Samira Barnett recently signed with the University of West Georgia. She is pictured with her parents, Shameka and Gregory Barnett.

A pair of decorated Apalachee High School senior track and field athletes signed recently to continue their careers in college.

Kevin Haley, Jr., a standout on the boys’ team the last few years, signed with Division I Western Carolina University, while Samira Barnett signed to run for the women’s team at the University of West Georgia, a Division II program.

Haley was a region champion and finished third in the GHSA Class AAAAAA state meet in the 400-meter dash as a junior last spring, improving on a fourth-place finish in the state in 2018 when he was a sophomore. Haley is the school record-holder in the 400-meter and 200-meter dashes and was a member of the record-setting 4x100-meter and 4x400-meter relay teams.

“Kevin is one of the hardest-working athletes we have had in our track and field program,” Apalachee coach David Seawright said. “He has excelled academically and athletically during his career.”

“Samira has put in a lot of hard work to be successful at track and field,” Seawright said. “She also excels in the classroom, where she has a 3.76 GPA. We are looking forward to watching her continue a successful career at the collegiate level.”

Haley and Barnett were both looking for return trips to the state meet as seniors, but their season was cut short due to the coronavirus pandemic and the subsequent closure of Georgia’s public schools for the remainder of the academic year and the cancellation of the rest of the GHSA spring sports season.