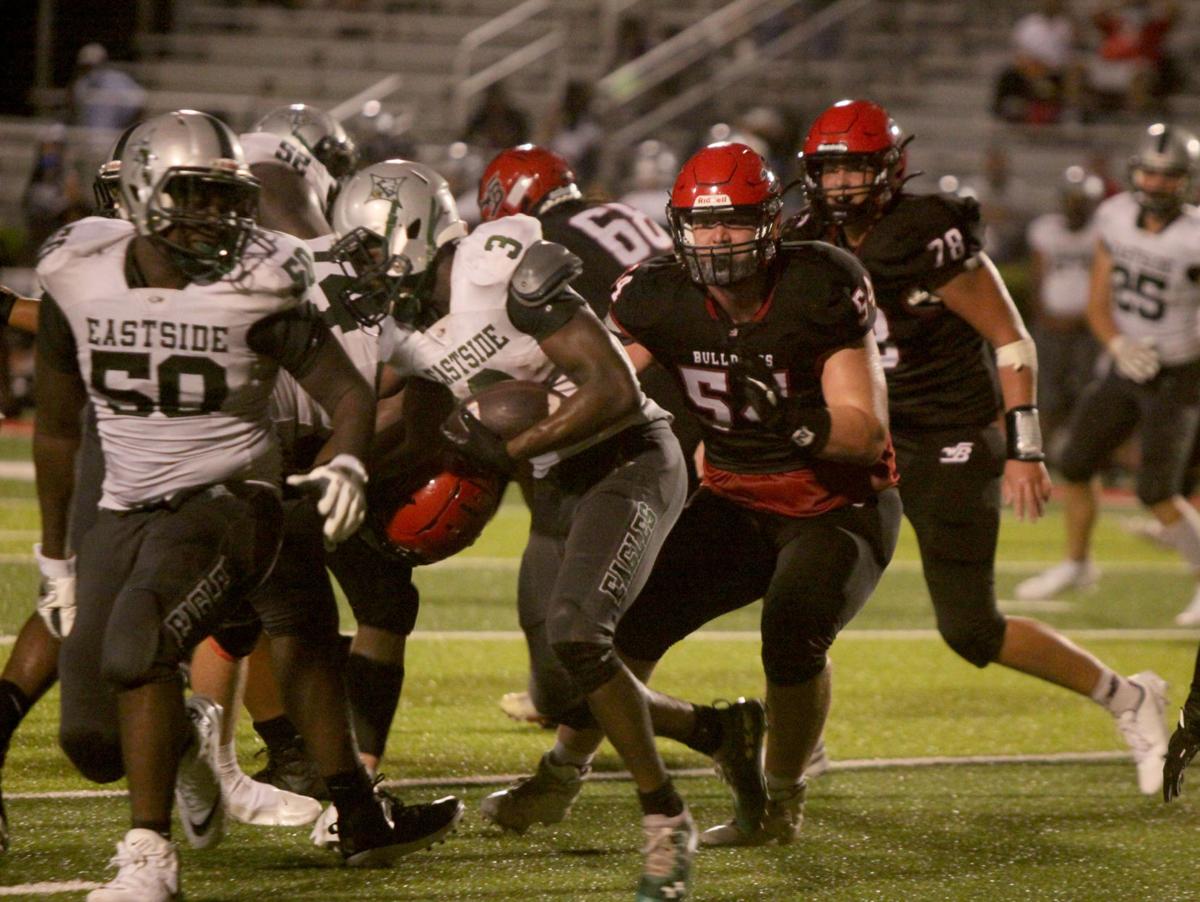 Winder-Barrow senior 3-star defensive end Jacob Merrifield (54) signed with Florida Atlantic on Wednesday, Dec. 16, and will early-enroll there in January. 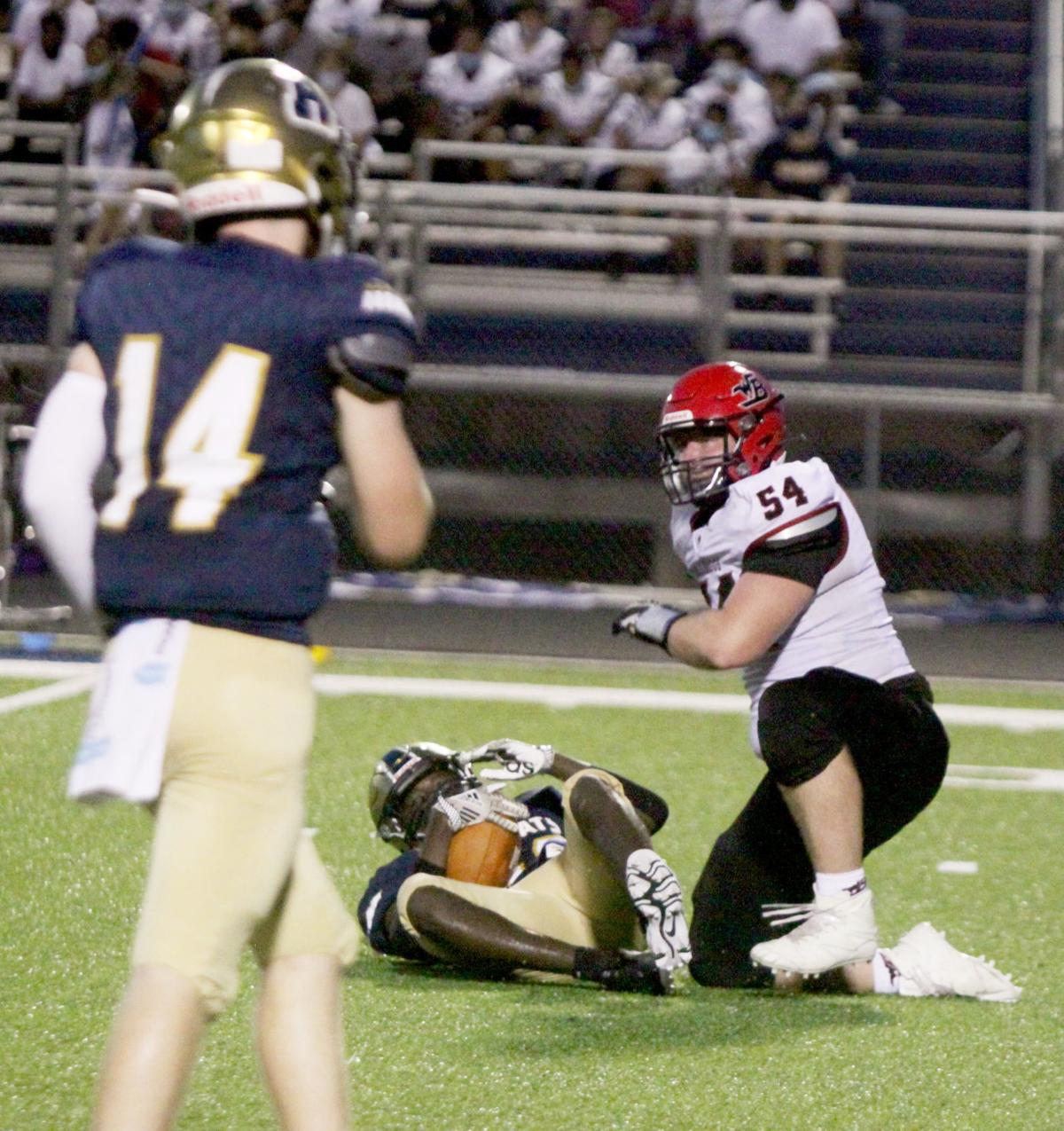 Merrifield had 66 tackles, 15 tackles for loss and a sack during his senior season for the Bulldoggs. 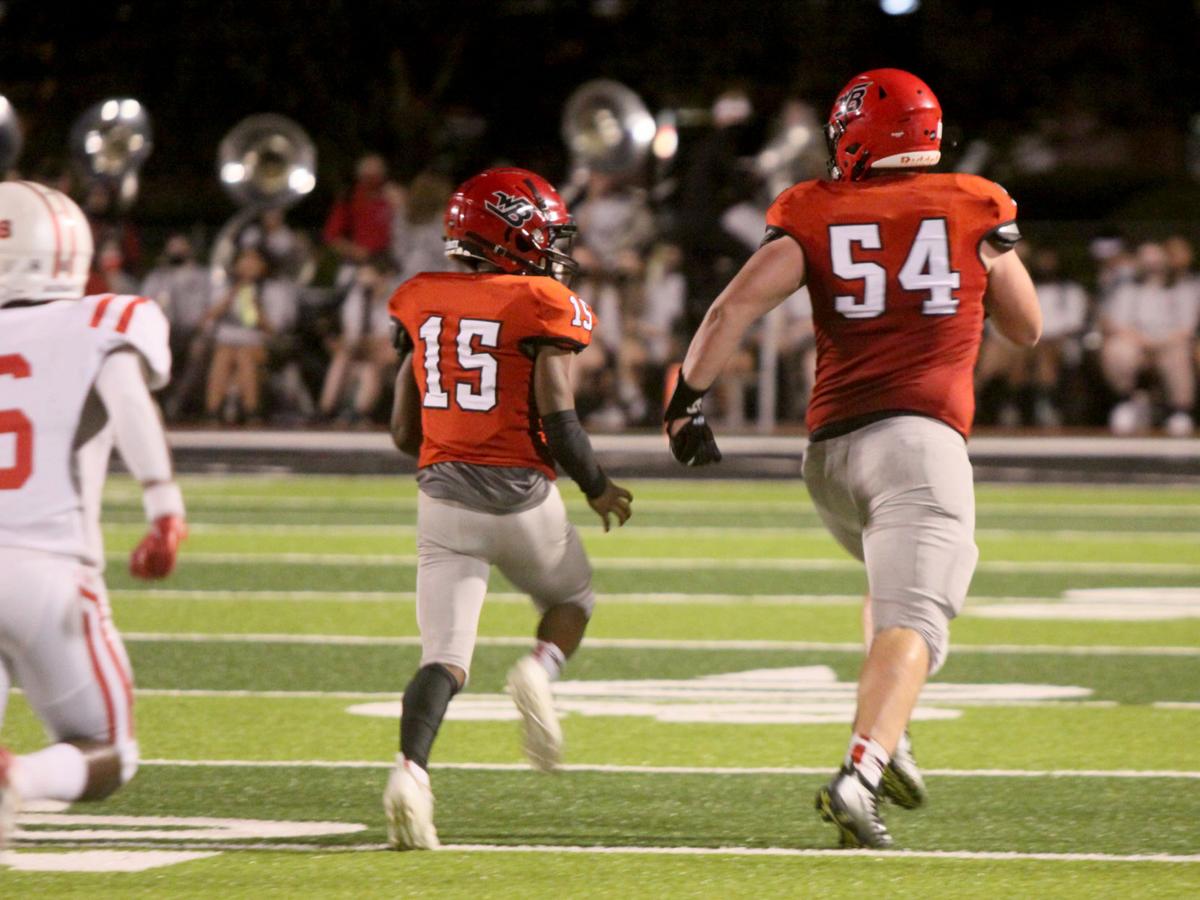 Merrifield had two fumble recoveries his senior season, including one that he returned 51 yards for a touchdown against Glynn Academy.

Winder-Barrow senior 3-star defensive end Jacob Merrifield (54) signed with Florida Atlantic on Wednesday, Dec. 16, and will early-enroll there in January.

Merrifield had 66 tackles, 15 tackles for loss and a sack during his senior season for the Bulldoggs.

Merrifield had two fumble recoveries his senior season, including one that he returned 51 yards for a touchdown against Glynn Academy.

Jacob Merrifield knew going into his senior season that he was well on track to earn a college football scholarship at the FBS level.

And when the 6-foot-3, 275-pound, 3-star defensive end from Winder-Barrow High School committed to Florida Atlantic University in the summer over offers from Navy, Liberty and others, it was a “gut feeling,” he said, that he felt calling him to south Florida and the region of the state he’s originally from.

Merrifield finalized that commitment Wednesday, Dec. 16, signing with Florida Atlantic on the first day of the NCAA’s early signing period. He has earned all the necessary credits to graduate from Winder-Barrow early and will enroll down in Boca Raton next month, allowing him to take part in the team’s spring practice and get a jumpstart on his collegiate career.

“It’s a lifelong dream of mine and it feels great to be on the way to college,” said Merrifield, who was one of 13 players from the national class of 2021 to ink with the Owls in the early-signing period. “It’s what I’ve been working for the last few years, so there’s a great sense of accomplishment. I’m glad I got all my credits to be able to go down there. Getting to work out and take part in spring practice will allow me to see where I slide in on the depth chart and help me see what I need to work on. And it’ll allow me to have a lighter class load my first semester and get situated in a whole, brand-new world. So it’s a boost for me not only in football, but with academics.”

Florida Atlantic is an up-and-coming FBS program that notched a pair of 11-win seasons and Conference USA titles in 2017 and 2019 under Lane Kiffin. The Owls are 5-3 this season in their first year under Willie Taggart heading into their Montgomery Bowl matchup with Memphis on Wednesday, Dec. 23.

“It’s hard to describe, but I just knew it’s where I’ve wanted to be,” Merrifield said of Florida Atlantic. “I’ve built a great relationship with the coaches there and, looking at what the program has been doing, the environment they’ve built down there is a really good. And I’m looking to major in business, and they’ve got a really good business program there, which is important.”

Academics are indeed a central focus for Merrifield, who is graduating WBHS with a 4.0 grade-point average and was described by Bulldoggs coach Ed Dudley as “the true definition of a student-athlete.”

“My parents have always instilled in me a good work ethic in the classroom since I was young, and so I’ve always been focused and become used to getting good grades,” Merrifield said. “To be able to finish with a 4.0 feels like a great accomplishment, and I want to further my education as much as I can. I know football is not going to last forever, so it’s important for me to plan for a career outside of it.”

And as strong as Merrifield’s performance in the classroom has been, he’s been a dominant force on the gridiron the last few years. A two-way starter at defensive end and right tackle for the last three years, Merrifield finished with 66 tackles, 15 tackles for loss and a sack in his senior season, playing in 10 of the Bulldoggs’ 11 games. He also had two fumble recoveries, one of which he returned 51 yards for a touchdown in a September game against Glynn Academy.

Merrifield has started or played regularly since his freshman year in 2017 and was the GHSA Region 8-AAAAAA co-Defensive Lineman of the Year as a junior, following a campaign in which he racked up six sacks and 19 tackles for loss. And he was named the region's Defensive Player of the Year for his senior-season performance.

“He’s a fantastic two-way lineman, as good as I’ve coached in the last 37 years,” Dudley said of Merrifield, who emerged as a strong talent early on in his high school career while lining up at the opposite defensive end slot from former WBHS standout Logan Cash. “When people would slide that protection to gang up on Logan, Jacob always got singled up in one-on-one situations and he really prospered from that. As time went on, he’s been the one that’s had to deal with double teams coming his way, but he has still been super-productive. He’s always played in opponents’ backfields, and he probably doesn’t get enough credit for being an outstanding offensive lineman. He’s definitely been or top blocker.”

Dudley said it was ultimately Merrifield’s personal motor and all-out effort on every snap that separated him from the pack.

“One of my favorite things was watching him play on the football team and running downfield to make an open-field tackle,” Dudley said. “He’s just a very easy player to coach, and I’m glad he’s getting this opportunity. He’s got high goals and aspirations of playing right away in college, and I think he’s ready for it physically. He’s just got to make that transition to being a college football player, but I believe he’s going to make that program down there better, for sure.”

Merrifield thanked Dudley, his other coaches and his teammates for making a better player and helping realize his dream.

“I’ve really enjoyed my time here and all the friendships and relationships,” he said. “I’m just excited and ready to start a new chapter.”