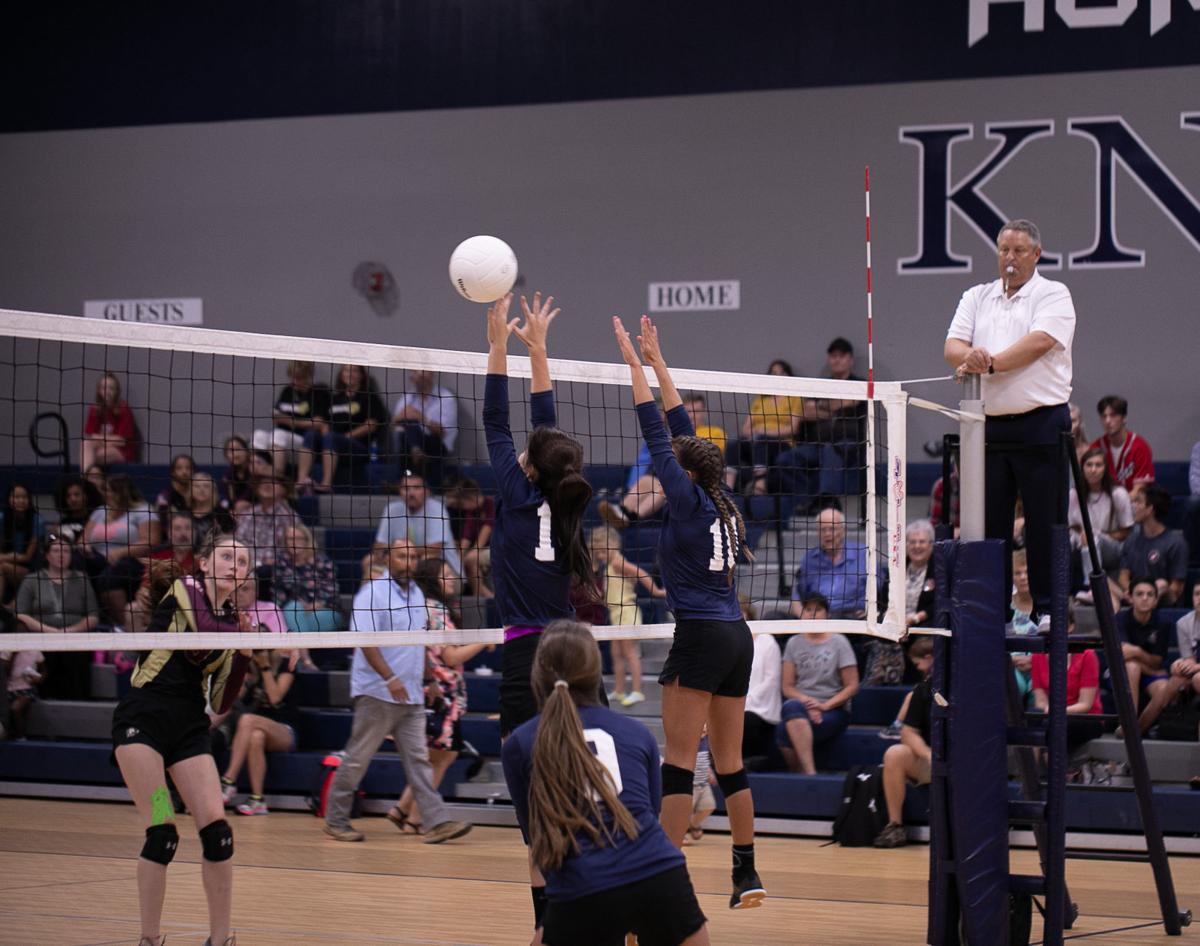 BCA's Katherine Gano and Rebekah Doolittle go for a block during a recent match. 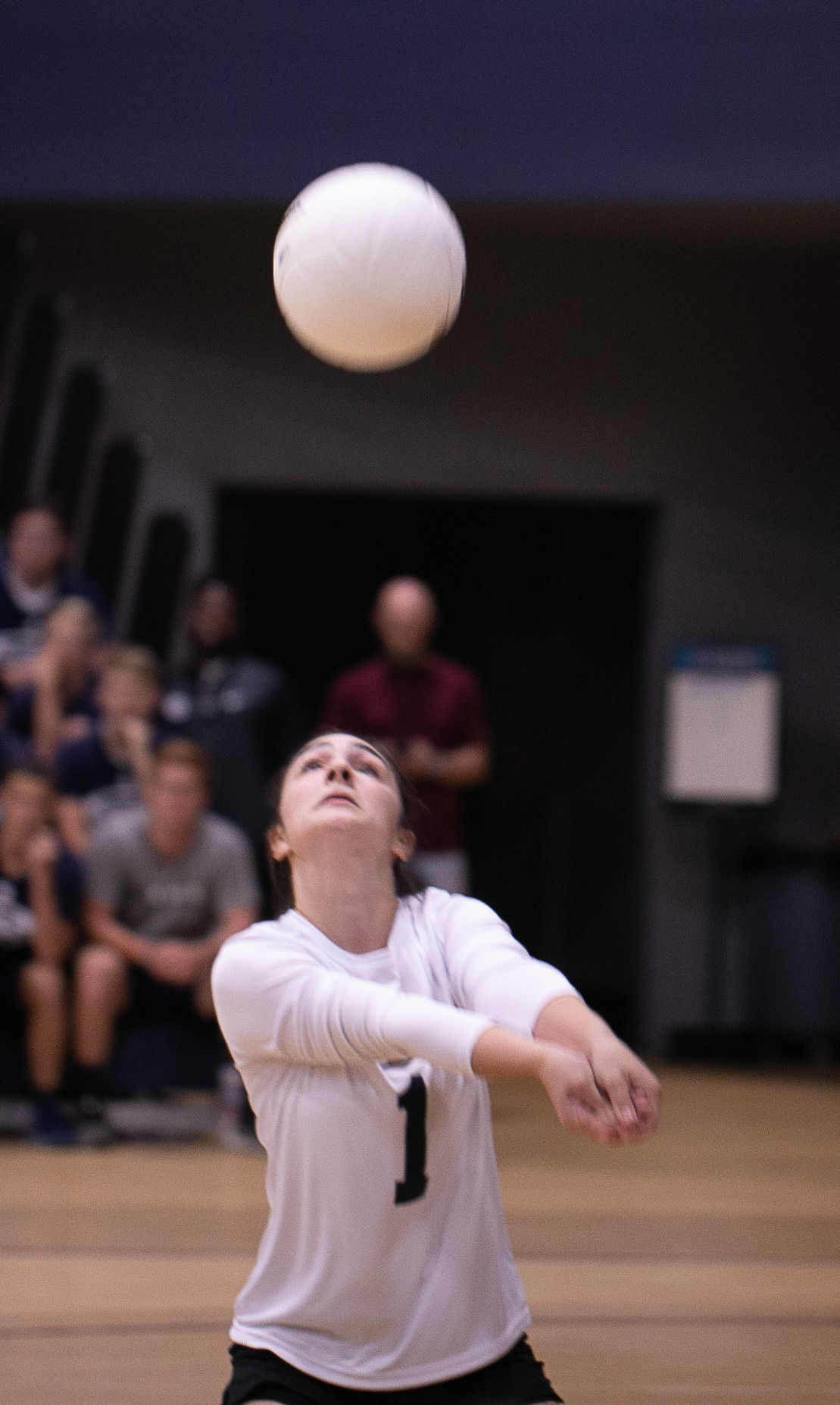 BCA senior libero Brenda Arnaut is seen in action during a recent match. 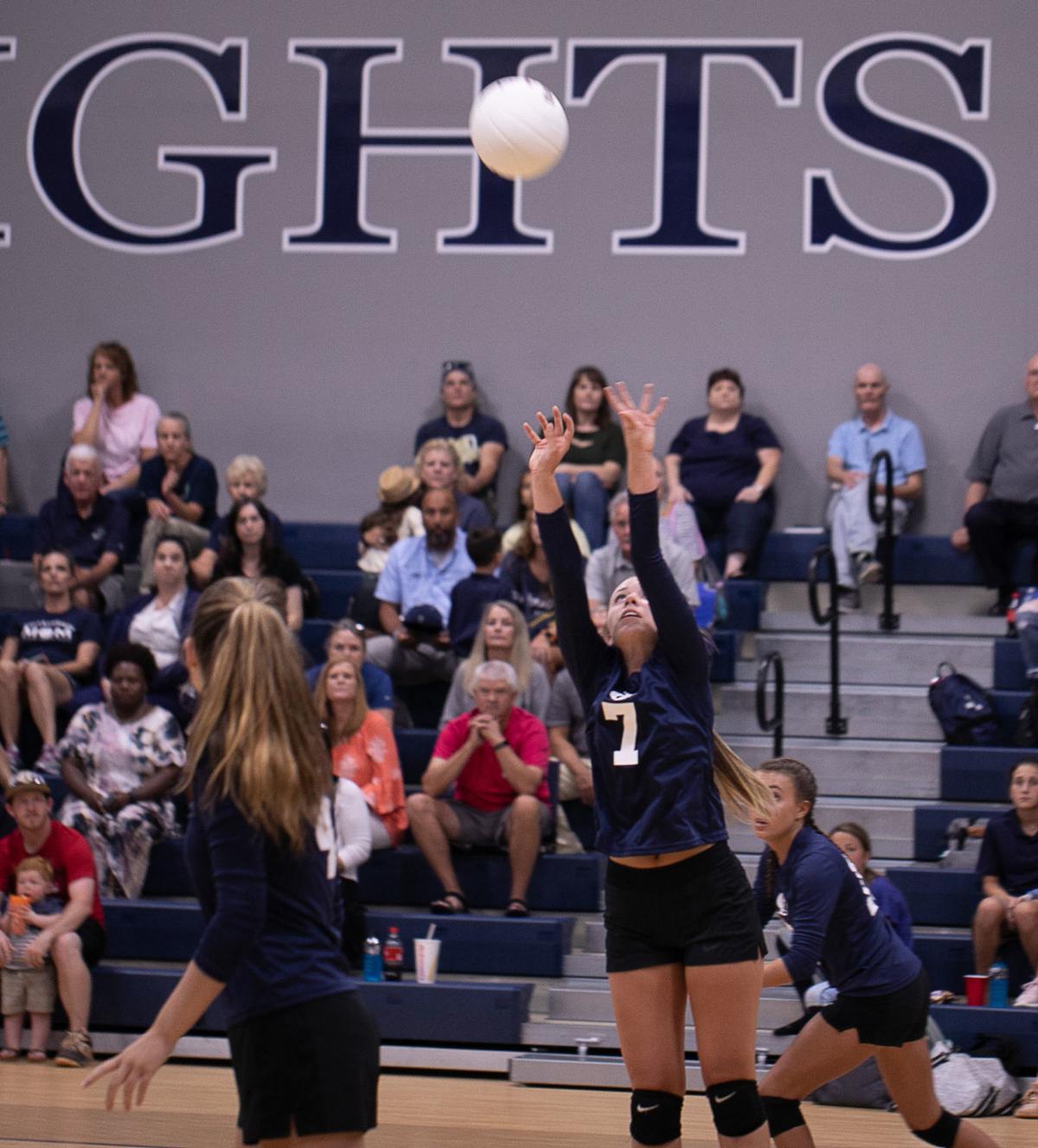 BCA senior Makinna Starkey sets up a shot during a recent match. 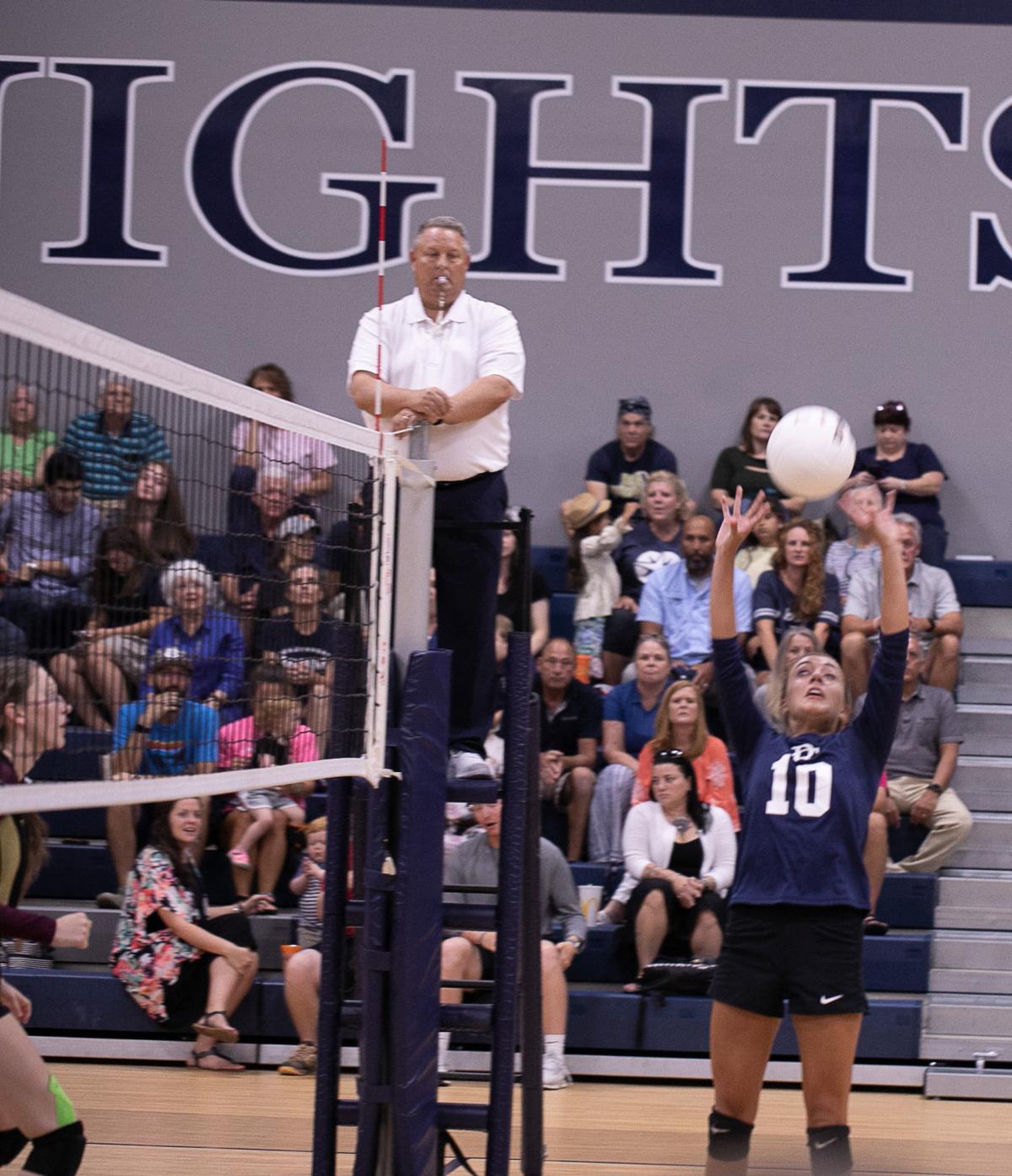 BCA's Rebekah Doolittle sets a shot up during a recent match. 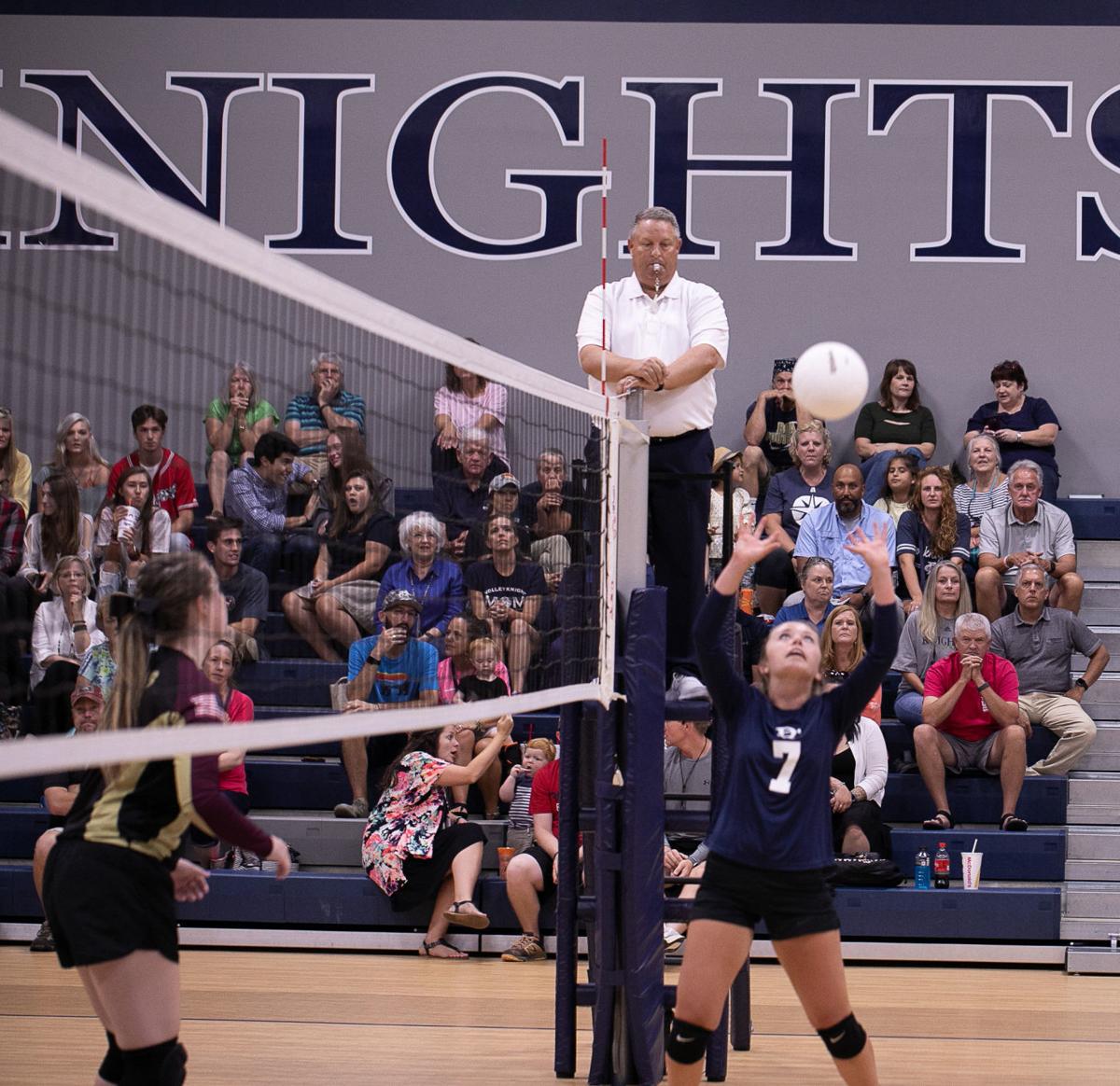 BCA's Makinna Starkey sets the ball during a recent match. 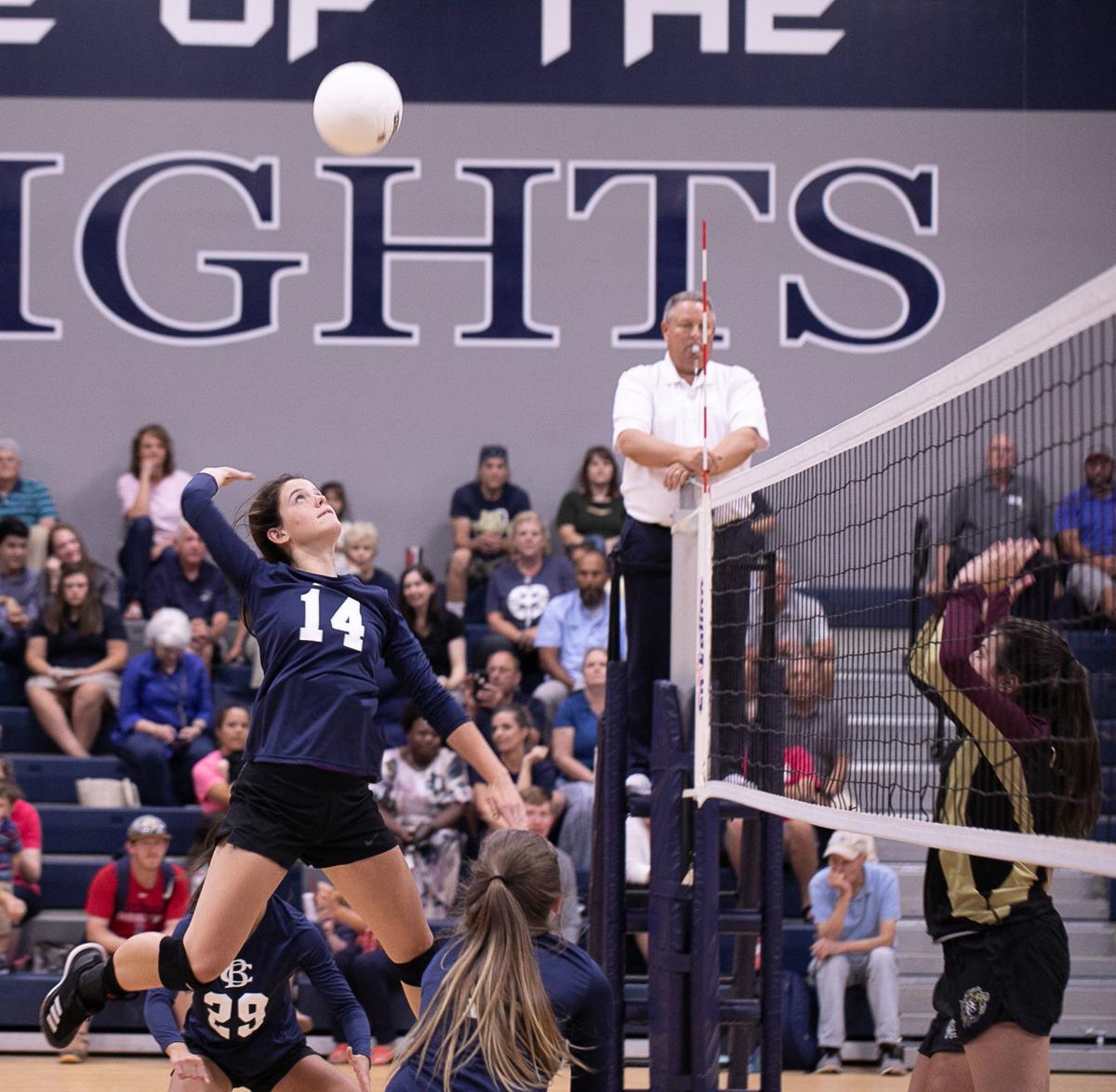 BCA senior middle hitter Katherine Gano was leading the team in aces and kills through 14 matches.

BCA's Katherine Gano and Rebekah Doolittle go for a block during a recent match.

BCA senior libero Brenda Arnaut is seen in action during a recent match.

BCA senior Makinna Starkey sets up a shot during a recent match.

BCA's Rebekah Doolittle sets a shot up during a recent match.

BCA's Makinna Starkey sets the ball during a recent match.

BCA senior middle hitter Katherine Gano was leading the team in aces and kills through 14 matches.

The Bethlehem Christian Academy volleyball team has been somewhat of a work in progress during the 2019 season.

The Volley Knights started off slowly but are now showing improvement at the mid-point of their season their coach Karen Carlyle said. BCA was 7-7 overall going into its Tuesday, Sept. 17, match with Loganville Christian.

“In the beginning of the season, the team struggled to find a rhythm that worked for them,” Carlyle said. “They have really been working hard on that and are now playing better as a team unit.”

Competing in a strong region in the GISA, the Volley Knights are facing some tough competition. At 1-2 against region foes, the players are looking to improve offensively.

“Our defense is looking pretty strong for the most part, especially with our senior libero Brenda Arnaut leading the fight,” Carlyle said. “However, we need to get stronger offensively. We just aren’t hitting the ball as hard as I know we can.”

Senior middle hitter Katherine Gano is a standout on the team, leading in aces (23) and kills (60).

“Katherine has really stepped up this year to be a strong leader for our team,” Carlyle said. “She has the passion and drive to want to win, which is huge when you are looking for leadership on your team.”

Senior setters Makinna Starkey and Rebekah Doolittle are also key to the Volley Knights having a successful season.

“Makinna and Rebekah are both phenomenal setters,” Carlyle said. “They are quick on their feet and are smart on the court. They can read other teams pretty well and know the strengths of our team. They don’t hesitate when they see something that will work.”

Junior middle Mikayla Torbett was on the varsity team last year and is second on the team this year in kills. And after taking a year off from play senior outside hitter Iris Hundeby is also a strong competitor for the BCA team with 32 kills this season.

“I think what makes this team special is their attitudes,” Carlyle said. “No matter if they are on the court playing or on the bench, every single player understands they are an important part of the team and of that game in that moment. No matter who I put in, I know each and every player will give me all that they have.”

One team member who shows that team first attitude has been senior Chey Striplin.

“She is probably one of the most positive players I have ever coached,” Carlyle said. “She didn’t play a lot last year but put in the work in the off season to earn a starting position this year. But even when she is not playing, Chey is ‘in’ the game directing and helping coach the team from the bench.

Ella Bourbonnais is new to the team and the sport but has quickly become valued for her contributions.

“Ella had never played before but really wanted to be a part of the team,” her coach said. “She has worked really hard and has earned her spot on the team for sure.”