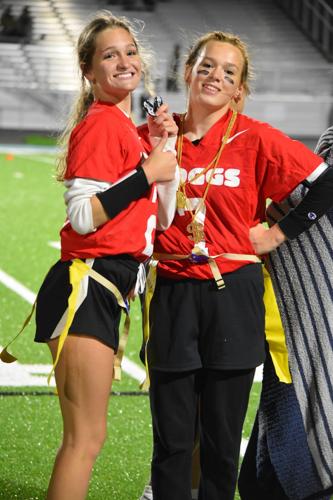 Pictured: Aubree Southern and Katey Maddalena, both in their third year on the team. Maddalena is wearing the money chain because she made an interception that gave the Bulldoggs the ball back. 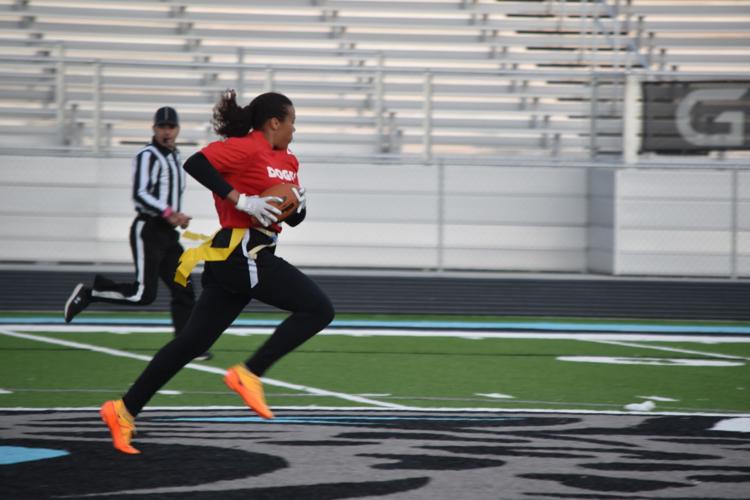 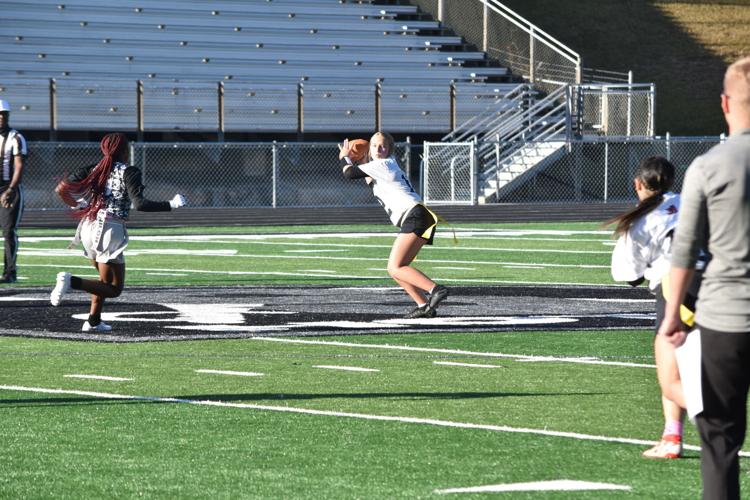 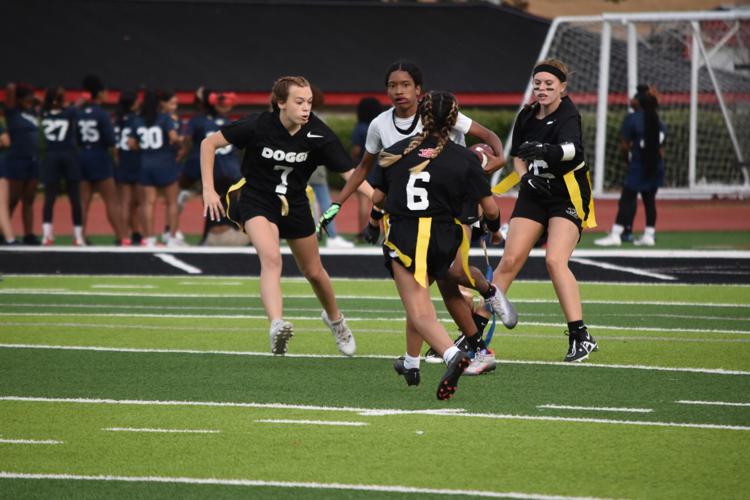 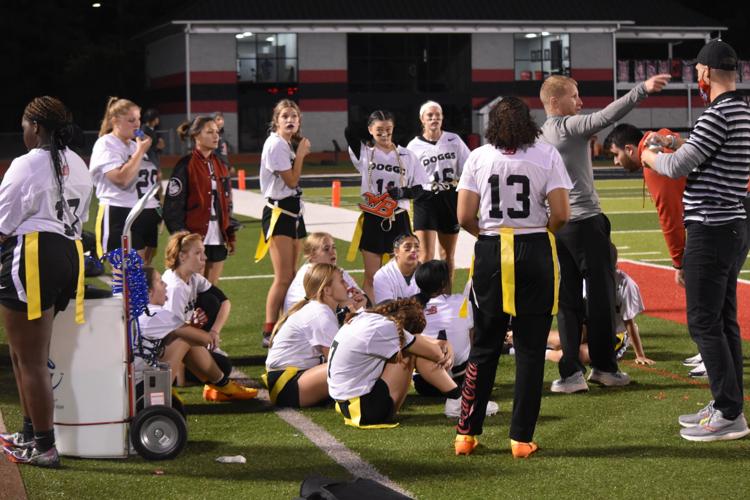 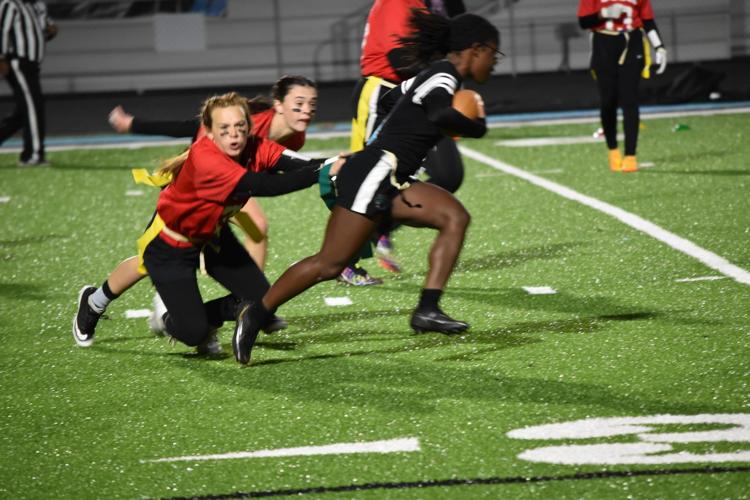 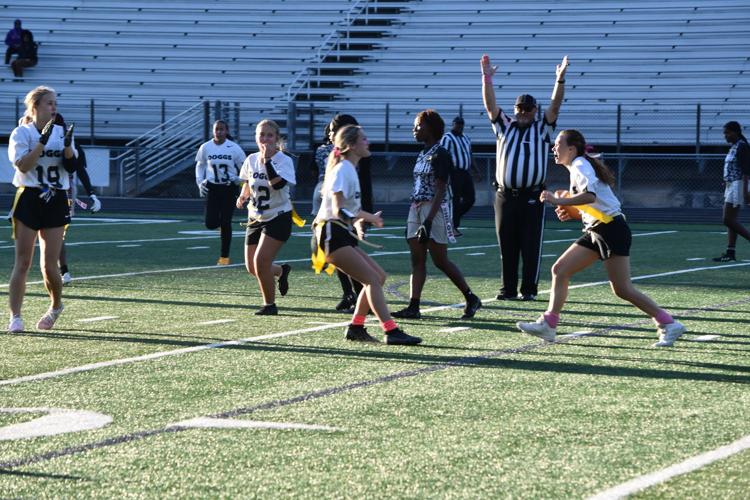 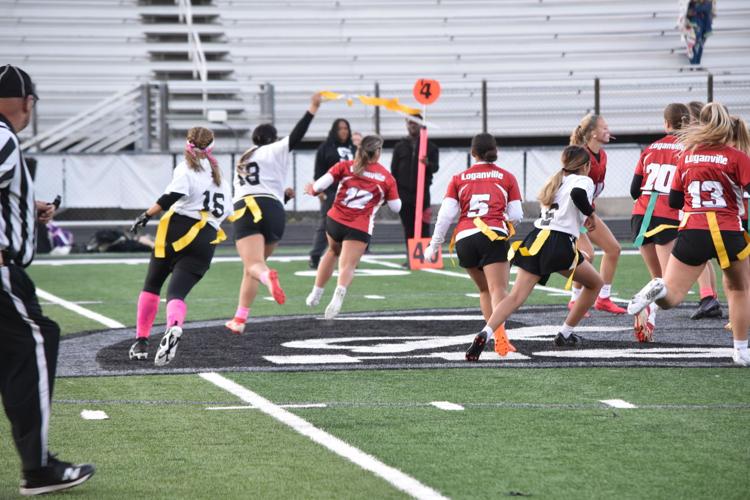 Pictured: Aubree Southern and Katey Maddalena, both in their third year on the team. Maddalena is wearing the money chain because she made an interception that gave the Bulldoggs the ball back.

Winder-Barrow took on Lanier and Loganville Thursday, Nov. 3. While they lost both Senior Night matchups, 13-6 and 20-0 respectively, head coach Cory Peppers believes the team has grown tremendously and showed it during those games.

“Today was a tough battle,” Peppers said after the tri-match series. “We played an emotional first game against Lanier, and I think we responded well.”

“Coming out to the second game, we knew that Loganville was going to be a physical team,” Peppers continued. “We had played them before. So, we just were trying to come out and establish ourselves and keep our mindset to Winder-Barrow football, and we're establishing that every week more and more.”

In the second game against Loganville, the quarterback was intercepted a number of times, halting the Lady Bulldoggs’ offense any time they tried to garner momentum.

Still, Peppers kept his confidence in his players and kept them focused.

“Our mentality is next play up,” Peppers said. “We try to keep that mentality that no matter what's gonna happen. Because in flag football, there's going to be big plays. They get busted every time, but it's next play. So erase what happened on that last play.”

“If it was negative, we got the next play. Even if it was positive, we have to play the next play. So, their mindset is still trained. Whatever happens, we just keep moving forward.”

Even in the loss, Peppers took positives away from it.

“Energy and playing through physical contact is one thing that we're trying to learn this year as a young team,” Peppers said. “And this is still a new sport for the girls. So, learning how to play within the bounds of flag football. We're a no-contact, contact sport. So you just have to play through it sometimes.”

Overall, the experience with flag football has been a exciting one for Peppers and the Lady Bulldoggs.

“This is just another opportunity, equalizing the playing field and getting things to where ladies have something to be excited about,” Peppers said. “It’s something that's completely new. There's no landscape for it. These last three to five years where we've been able to have the sport for us has just been huge.”

“I only expect us to drum up this interest in our own community more and more. So, that goes to middle school and just kind of getting that pipeline to see that these ladies have this opportunity to come out and play under the lights like this.”

The program has continued to grow since its inception, and Winder-Barrow has garnered more wins year by year.

“It's been about culture and consistency, and I feel like the group of coaches we got going right now, our group of players are young folks who have a great mentality to attack the ball and just keep going,” Peppers said. “ The seniors have laid a good foundation, but I'm excited about what's to come and just continuing to keep building this rapport with the girls and just our football mentality and IQ. It’s gonna be great.”

The Lady Bulldoggs will have the opportunity to show more growth when they compete in the region tournament Tuesday.