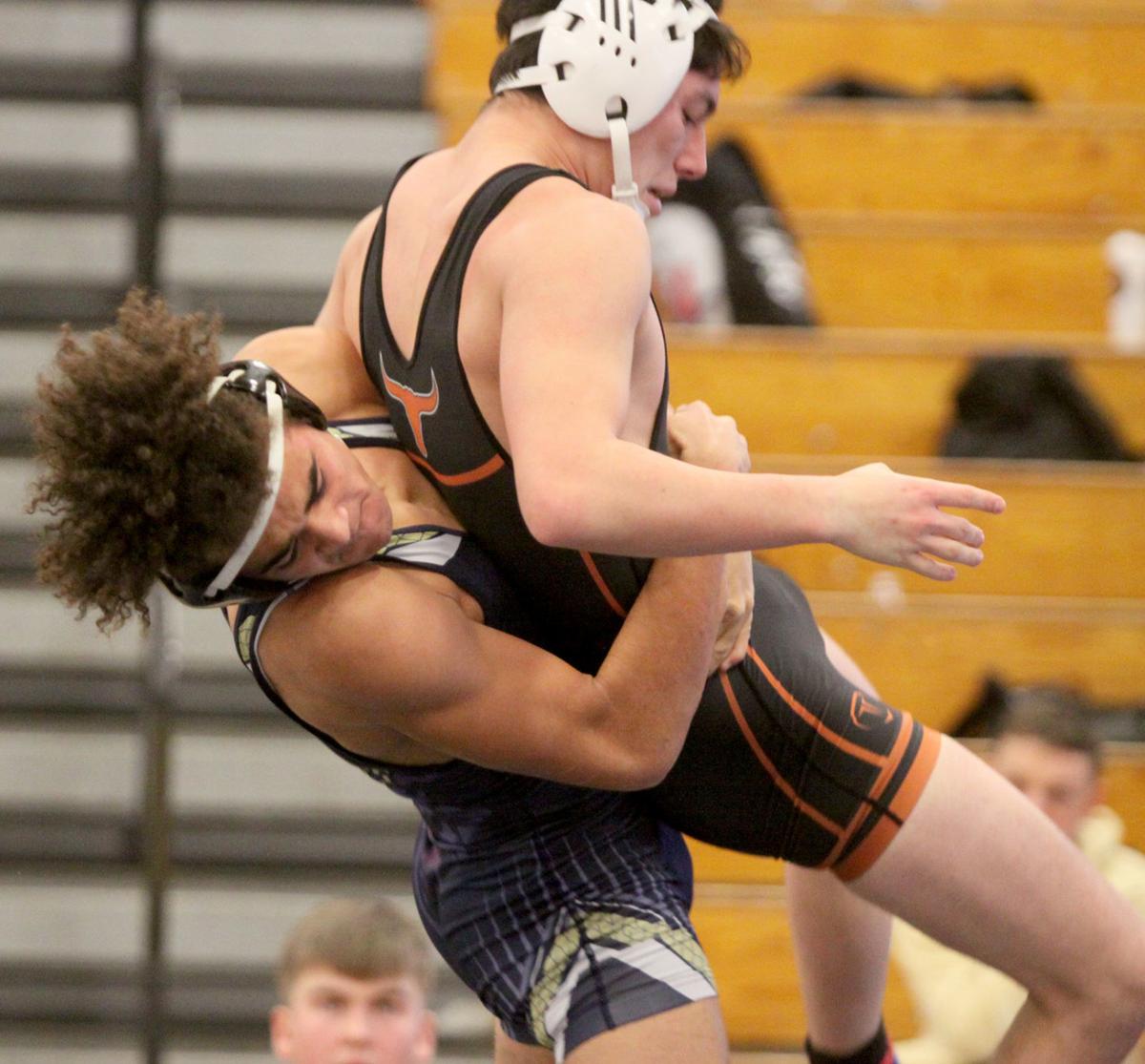 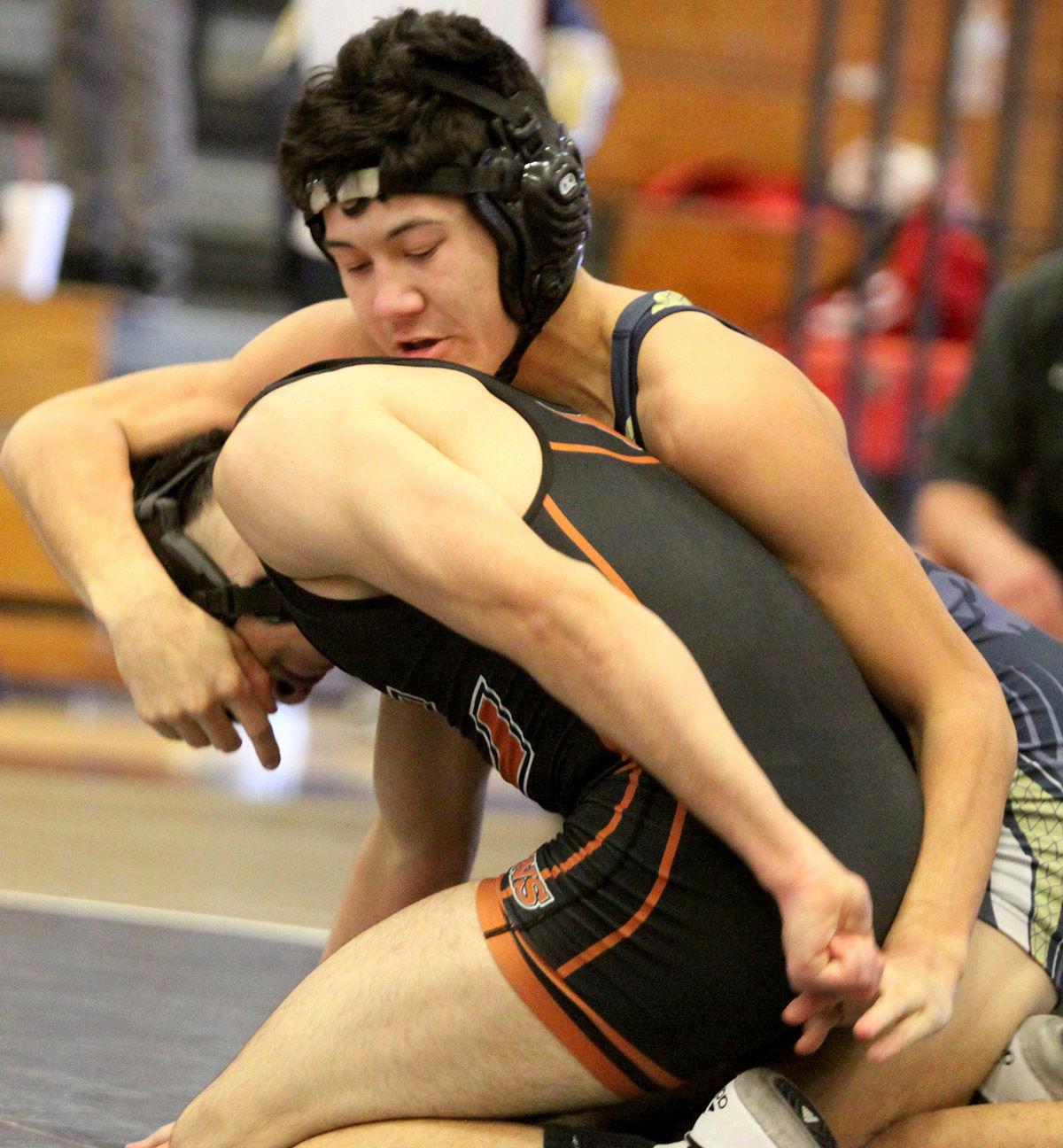 Apalachee senior Allan Fulk is back after winning the area title at 132 pounds last winter. 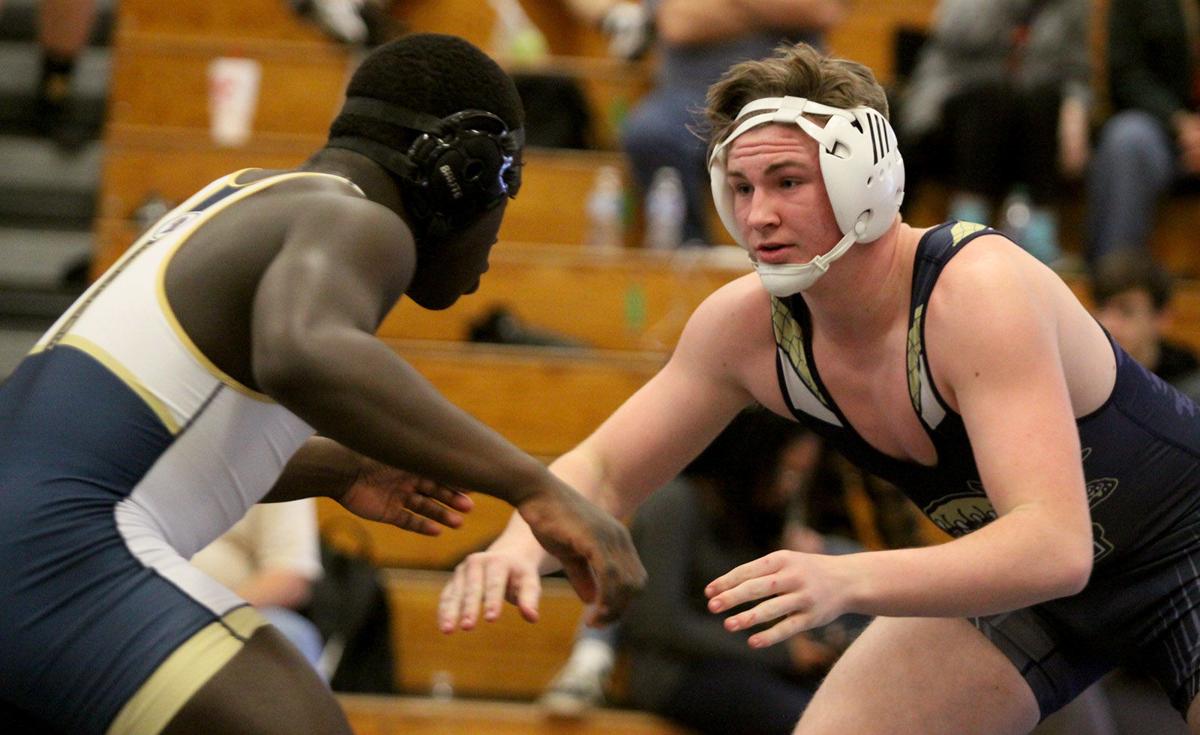 Apalachee's Hunter Noblett is back after winning an area title at 170 pounds and qualifying for state as a sophomore last season.

Apalachee senior Allan Fulk is back after winning the area title at 132 pounds last winter.

Apalachee's Hunter Noblett is back after winning an area title at 170 pounds and qualifying for state as a sophomore last season.

One of Apalachee wrestling coach Randy Hill’s top goals the last few years has been to grow the program’s numbers, and he is starting to see that pay off this year.

Hill said last week ahead of his team’s trip to the Elbert County High School Scramble on Saturday, Nov. 23, that the Wildcats are currently running “two- or three-deep in every weight class but one” and will have a returning starter in as many as 10 of the 14 classes.

“Right now, we’re averaging around 46 guys with about four girls (in attendance at practice),” Hill said, “so I’m hoping they just keep sticking around and getting better every day. Right now, it looks pretty good.”

The 2019-2020 Wildcats will have a mix of veterans and newcomers expected to contribute. Of the five wrestlers Apalachee sent to the state traditional tournament last season, four are back. Senior Bryson Ferguson is the two-time reigning GHSA Area 8-AAAAAA champion at 138 pounds and competed at state last year, while fellow senior Allan Fulk won the area title at 132 last season and also reached the state tournament. Junior Hunter Noblett was an area champion at 170 pounds and won a match at state as a sophomore, while sophomore Leevi Norberg also is back after competing at state in the 106-pound class as a freshman. Other returning starters include Isaiah Skinner, Isaac Budu, Jamari Williams, Tanner Carnes and Elijah Harris.

“A lot of those guys wrestled all summer, and right now we’re kind of logjammed in a couple classes, which is a good thing competition-wise,” Hill said. “We’ve got three seniors battling for the starting spot in one of the lower weights. We’ve got a couple of guys battling it out in the upper weights, but some of them will end up losing some weight and it will all work itself out.”

Prior to the appearance at Elbert County, the Wildcats opened their season Nov. 16, going 2-3 at the South Forsyth Duals with victories over Lithonia and Fellowship Christian and losses to South Forsyth, McEachern and Rockdale County.

The Wildcats will compete Saturday, Nov. 30 at the Archer Invitational, and Hill said the goal is to continue to improve each outing and have his team wrestling its best in January when the area dual and traditional tournaments roll around.

“We had some kids missing between trying to meet hydration requirements and things that are always going on early in the season,” Hill said of the South Forsyth appearance. “But we battled pretty good. We had a couple guys go 4-1 on the day and Tanner went undefeated.

“We’ve still got guys jockeying for these spots in the lineup. We’ve got a lot of young guys who were JV last year that are stepping up now, and we’ve got a couple new kids that came from the football team that will help us once they gain some more mat experience.

“I tell my guys the season is a process. We’re worried about right now and trying to get better every day.”