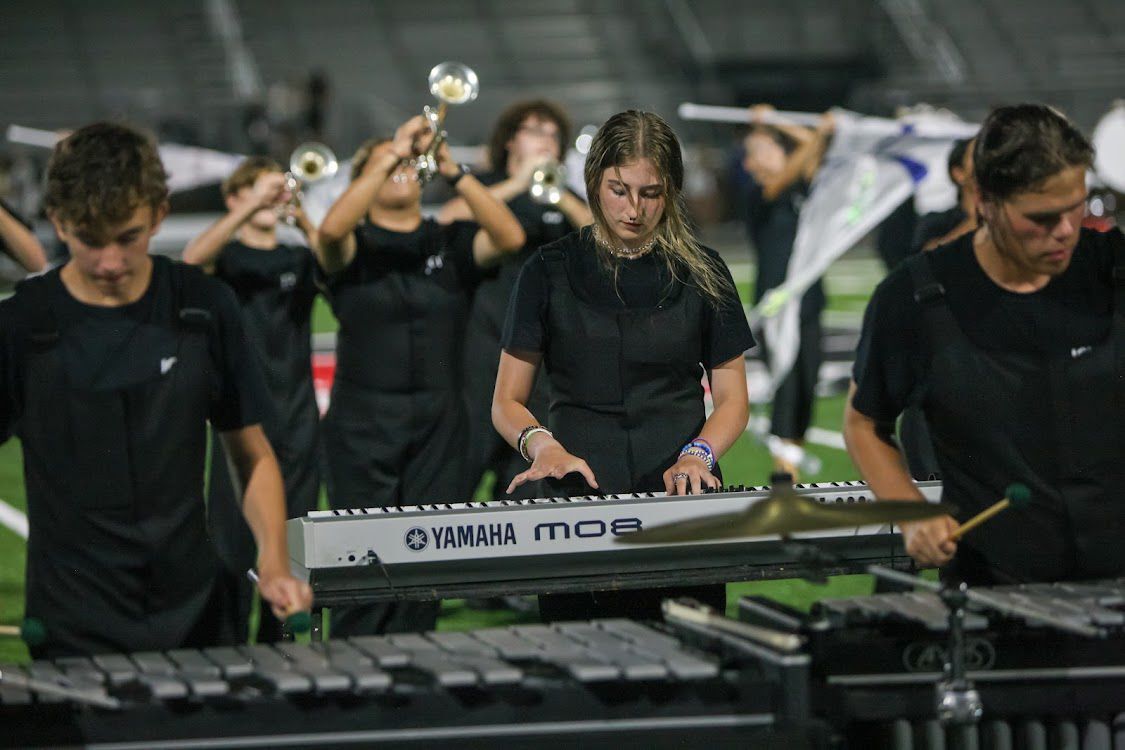 Paris Craven plays the keyboard Friday (Aug. 27) during the Jackson County High School band's performance of its halftime show. The band was not in full uniform due to rain, according to band director William Kilgore. 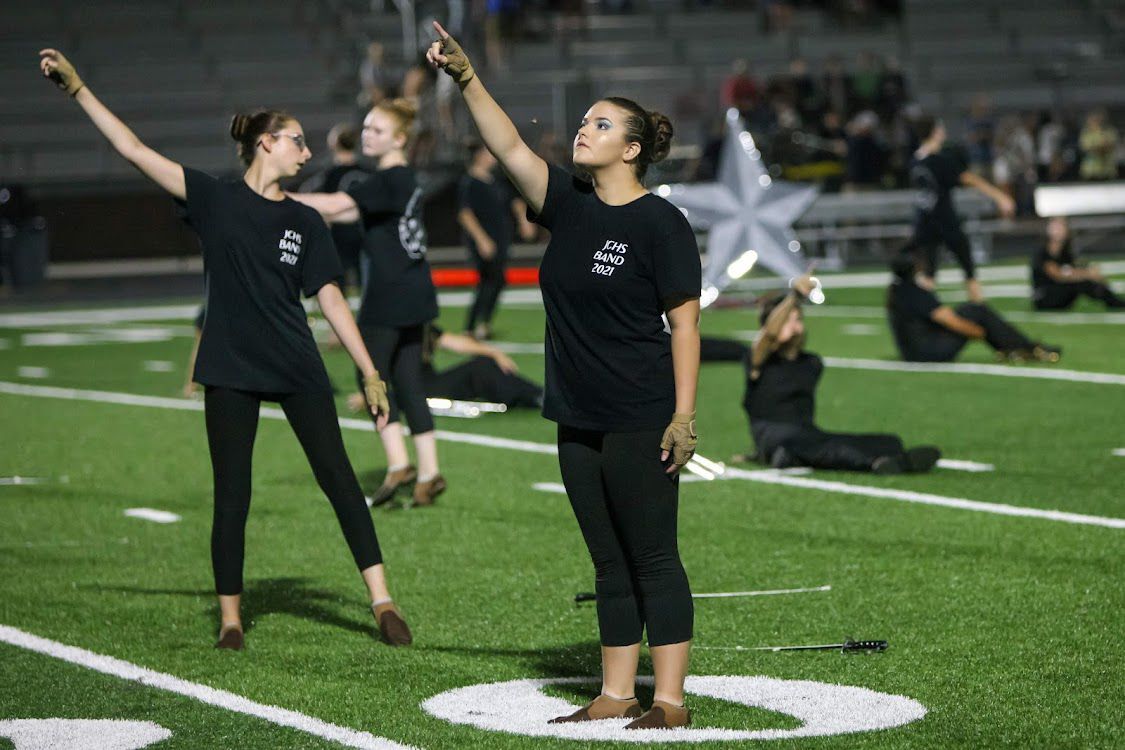 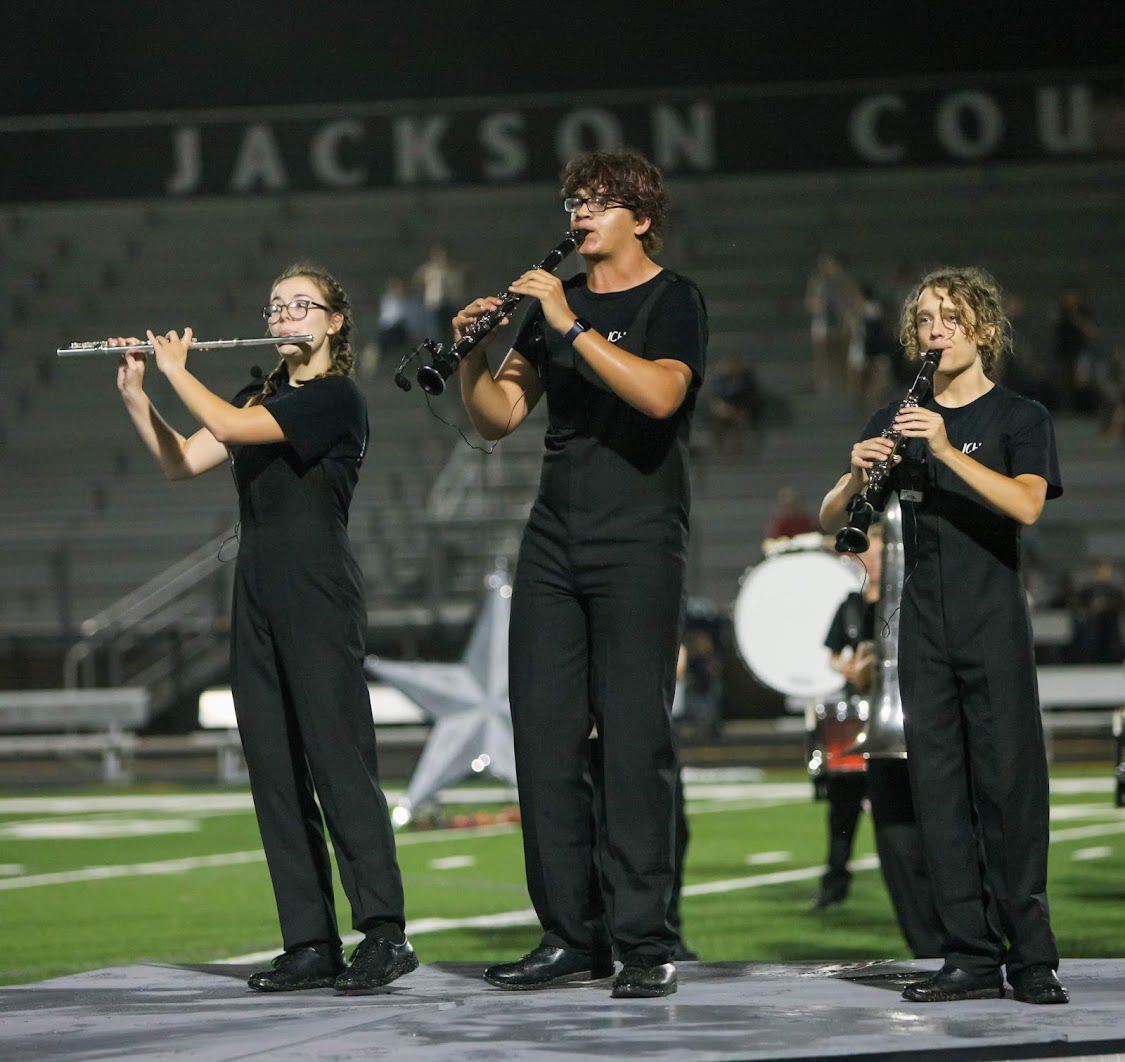 Paris Craven plays the keyboard Friday (Aug. 27) during the Jackson County High School band's performance of its halftime show. The band was not in full uniform due to rain, according to band director William Kilgore.

Growing up, Kilgore had always been involved in his school’s band. His band directors helped him fall in love with music and sparked his own interest in teaching. After graduating from the University of Georgia, Kilgore went on to direct middle school band for 25 years before making the transition to Jackson County High two years ago.

Music isn’t just a job for Kilgore; it’s a passion. He also leads the music at his church, sings in a touring group, and owns a summer band camp.

Kilgore not only expresses his love for music, but also for his students. Every day he sees over 200 kids and helps spread his passion with every one of them. His competitive marching band contains 138 kids and has been perfecting their show all summer.

They open the show with an upbeat remix of Coldplay’s “Viva La Vida” and Dvořák’s “New World Symphony”. This helps excite the crowd while successfully conveying their theme. This is followed by “I Dreamed a Dream” from Les Miserables to slow the tempo and showcase their range. Up next is "Sweet Dreams" by The Arithmetics, aimed to spotlight their color guard. The show ends with “The Impossible Dream” by Andy Williams.

This year, through their music, the Jackson County marching band seeks to inspire listeners to "achieve their dreams." William Kilgore is an example of following your dreams and doing what you love no matter the setbacks.

Despite the amount of trophies you see walking out of the band room, Kilgore is far more interested in the kids that played for them.