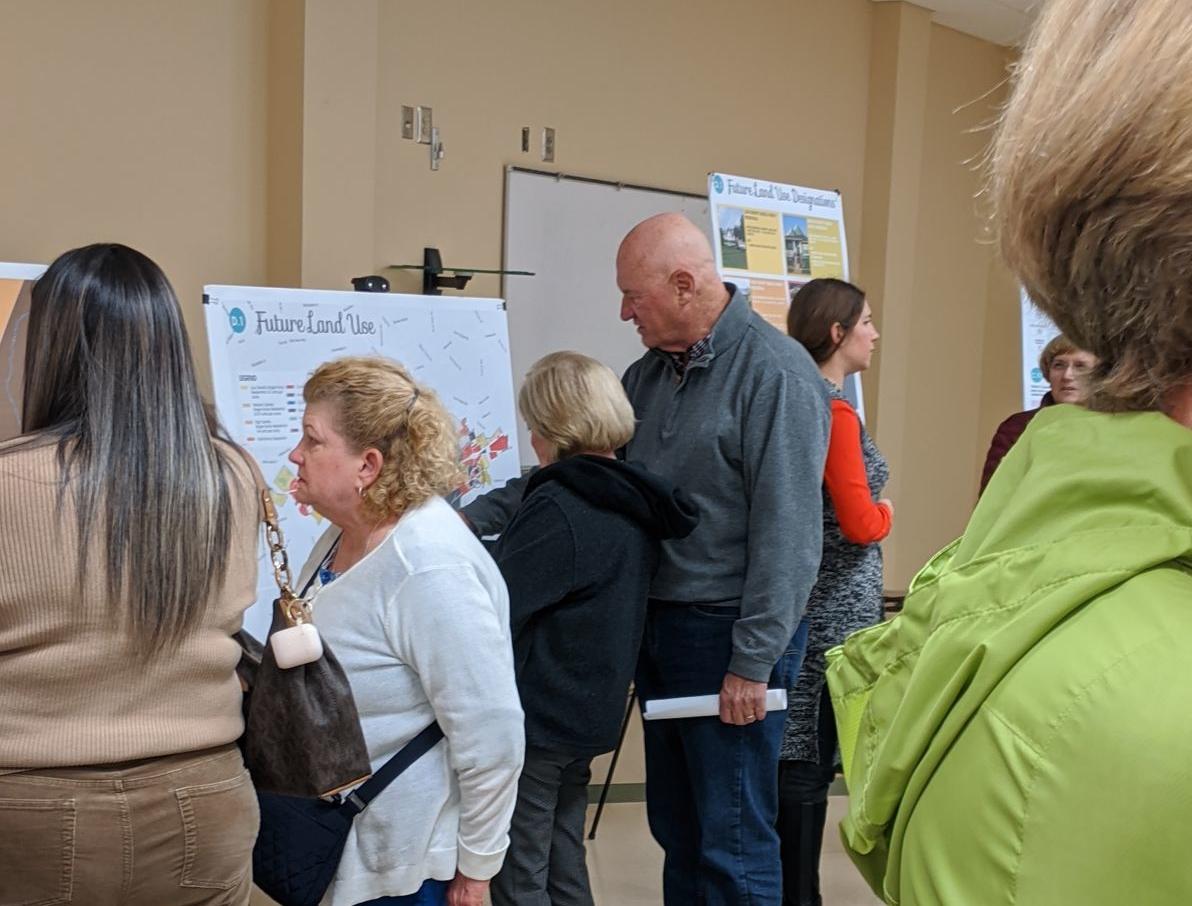 A couple at the Braselton Comprehensive Plan open house view the future land use map. 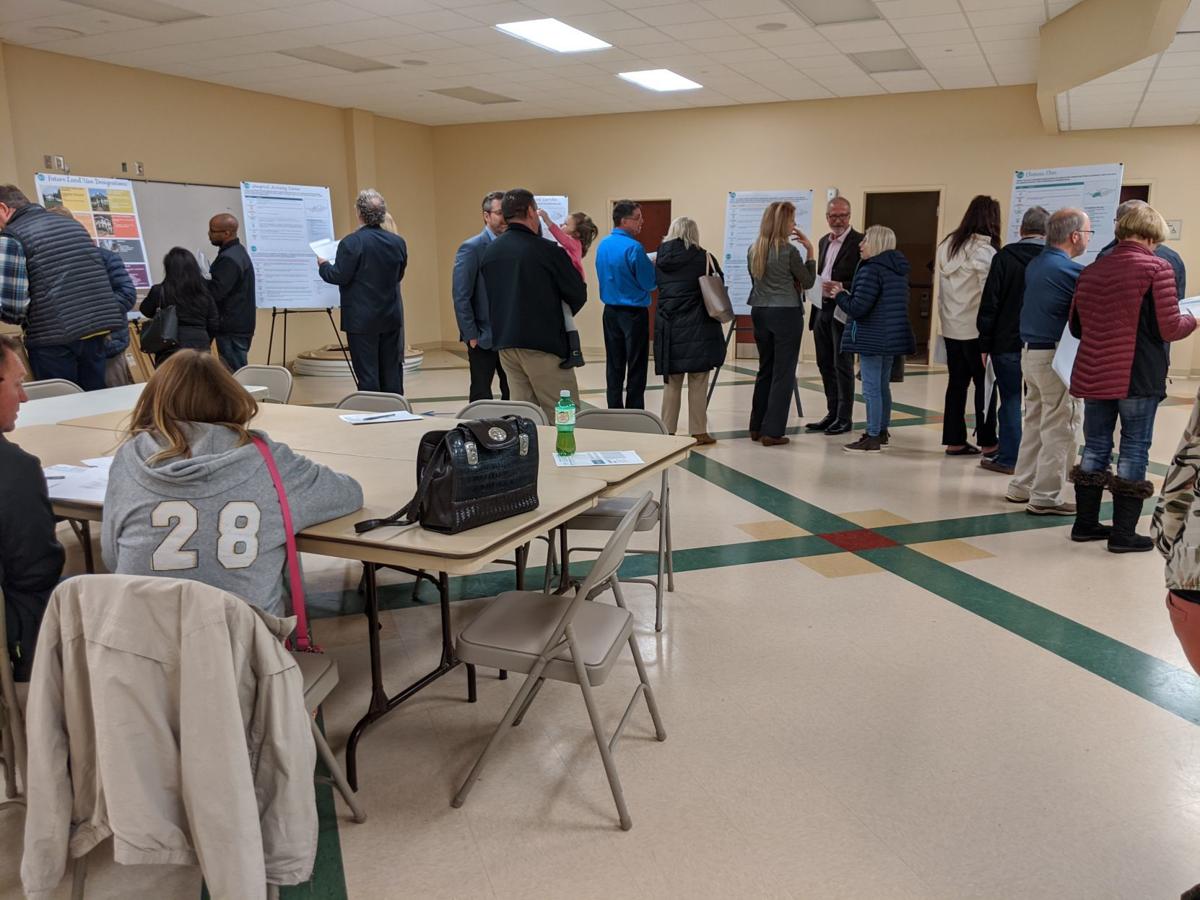 Citizens and visitors crowd the Community Room to view the comprehensive plan posters and maps. 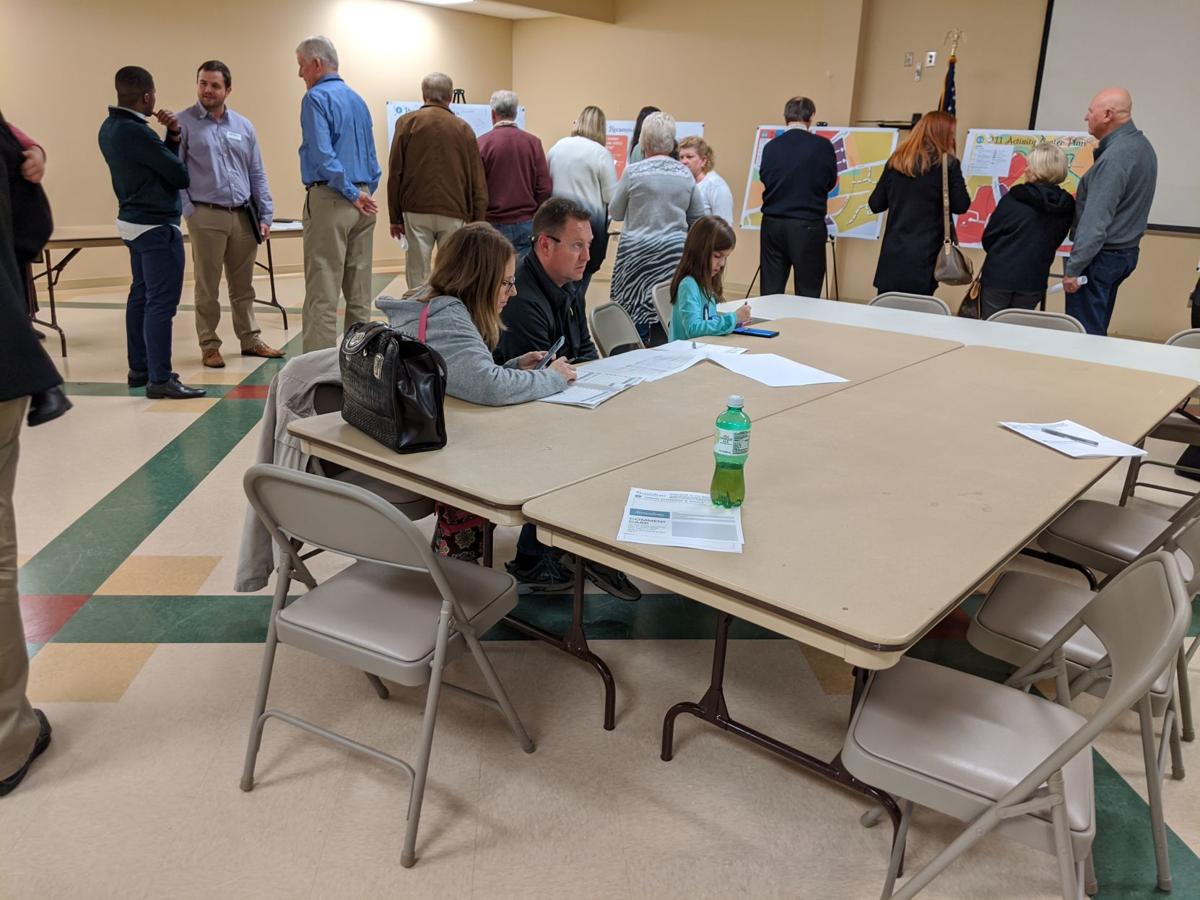 A family looks over the short term work plan and fill out the feedback booklet.

A couple at the Braselton Comprehensive Plan open house view the future land use map.

Citizens and visitors crowd the Community Room to view the comprehensive plan posters and maps.

A family looks over the short term work plan and fill out the feedback booklet.

The Town of Braselton recently hosted an open house presenting the 2020 Comprehensive Plan to the public. A draft of the plan is expected to be presented in March.

The plan was presented through a series of posters citizens viewed in order as they walked through the community room. Citizens were also handed booklets to give their feedback to aspects of the plans seen on the posters.

Much of the comprehensive plan is based on community feedback given to the planners in previous surveys. 311 people responded to the survey with 200 being Braselton residents only and 38 being people who live and work in Braselton. The rest either worked in, or frequented, the town.

Traffic was the biggest concern of the survey takers and multiple maps shown at the open house displayed proposed traffic improvements. Thirty-four-percent of survey takers were dissatisfied with the towns transportation network and traffic was one of the words most used to describe Braselton.

According to planned zoning maps, downtown could feature two new roads linking Broadway Ave. with Brassie Ln. with another road running between the new roads also exiting onto Broadway Ave. Two new roads will connect Hwy. 53 with Pinecrest St. with one bordering a proposed expansion of the Town Green. Two more roads will link that street with Lewis Braselton Blvd. Other new roadways downtown could include an extension of Lakeshore Cir. to run through East Lake Dr. and intersect with Hwy. 53, and a new street to connect Hwy. 53 to Harrison St. which would run parallel to Henry St. and Frances St.

The goal for land use downtown is to promote historically-compatible infill development that will resemble historical buildings, that included the future civic center and addition to the library. A short term work plan included the acquisition of 4962 Hwy. 53 for development. The property is currently a vacant lot neighboring Braselton Town Hall.

The goal for conservation areas is to preserve the areas through zoning strategy. No major development is mentioned in the work plan for those areas, though there are plans to improve sidewalks and trails.

While this is the last open house for the 2020 comprehensive plan, you can still view the posters, project list and contact planners at www.braseltoncompplan.com.