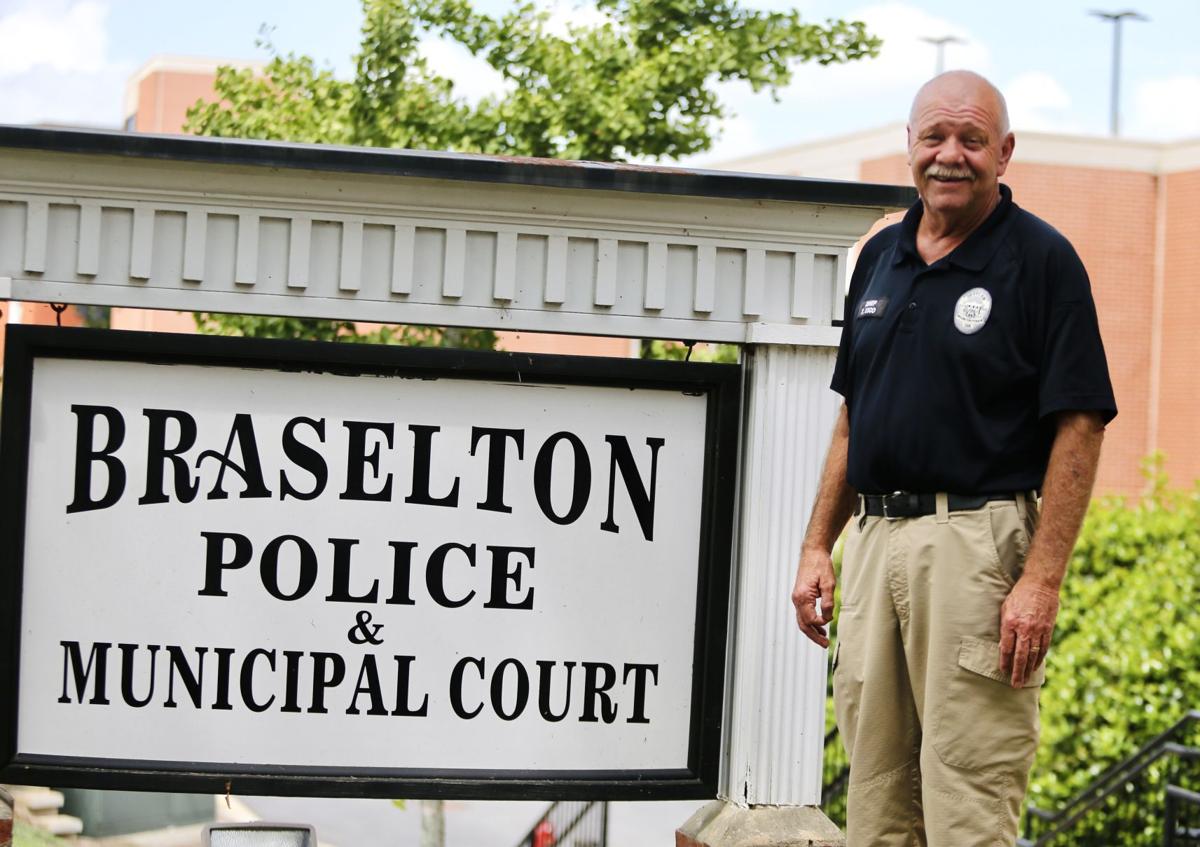 Braselton police chief Terry Esco has served the town since 1990, when it only had a population of about 300 residents. 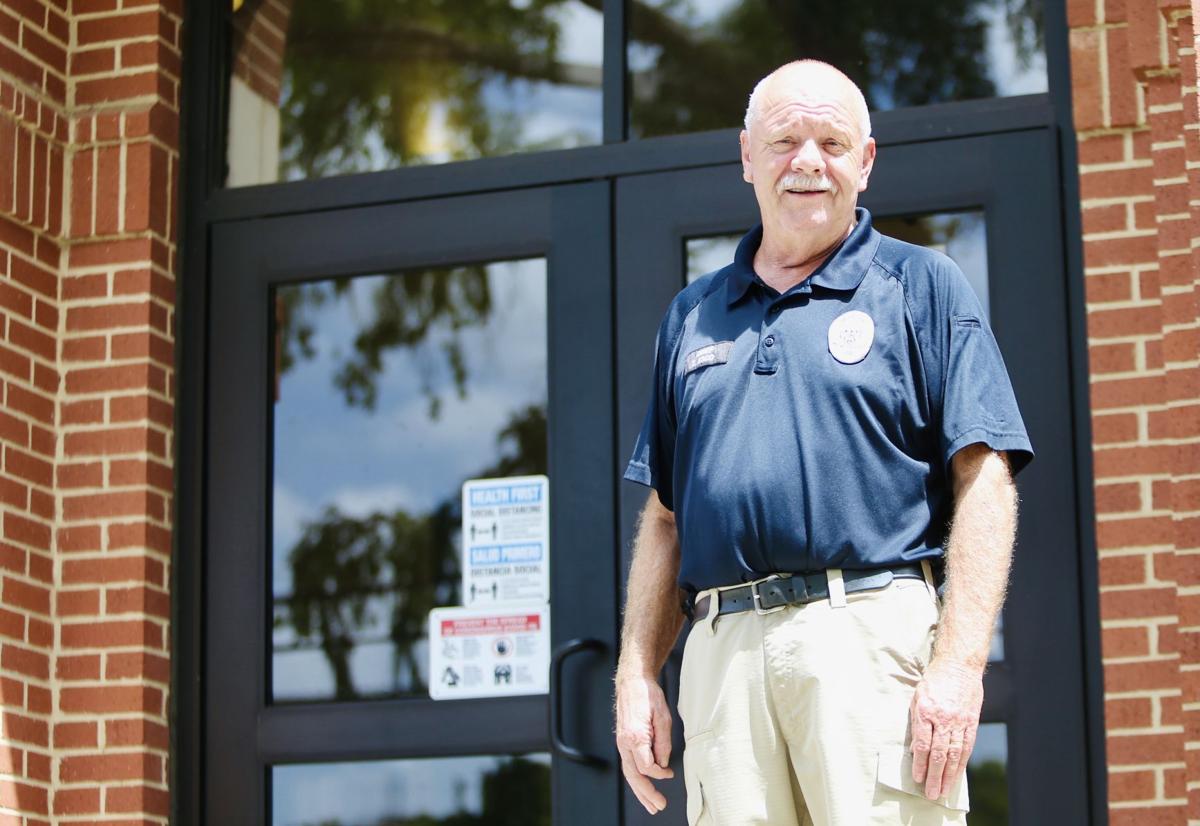 Braselton police chief Terry Esco has seen a force grown from one full-time officer in 1990 to 19 sworn officers now.

Braselton police chief Terry Esco has served the town since 1990, when it only had a population of about 300 residents.

Braselton police chief Terry Esco has seen a force grown from one full-time officer in 1990 to 19 sworn officers now.

Terry Esco figures half of Braselton has his cell phone number by now.

The 62-year-old has spent the past three decades as the town’s police chief, presiding over a department that served a population of about 300 when he arrived in 1990 to a sprawling town that’s swelled to an estimated 13,000 residents.

Though the town has changed, his personalized approach hasn’t.

“Somebody wants to talk to me, I’ll call them back and talk to them,” Esco said. “And you have to do that. You have to be very involved as far as talking with people and helping people.”

Braselton town manager Jennifer Scott has witnessed that hands-on approach as long as anyone, having worked along side of Esco for over two decades.

“He’s a police chief who’s available to the community,” Scott said. “Most people have his cell phone (number). He doesn’t sit in an office. He’s actually out riding neighborhoods and meeting people … So, he’s a very approachable chief, and I think that’s something that our community appreciates. It makes it feel more like a small town when you know the police chief.”

Police work had long interested Esco while growing up in Hoschton. There, he often went on ride-alongs with then-police chief Slim Robertson.

Esco began his law-enforcement career as a deputy for the Jackson County Sheriff’s Office before taking over a bare-ones operation in Braselton in February of 1990. The department operated out of a double-wide trailer that sat next to where Cotton Calf Kitchen is located now. At the time, the town had just one full-time officer, two police vehicles and no cell phones, of course.

“You used to have to find a payphone to call into the sheriff’s department when you needed something,” he said.

Back then, Braselton police answered 20-25 calls per month — many of which were simply assists to the Jackson County Sheriff’s Office. 911 service did not exist in town.

The town also had no subdivisions, had just one convenience store and — in what’s often a hallmark of small-town America — had just one traffic light.

“I couldn’t tell you have many red lights we have now,” Esco said.

Today, police work is much different in Braselton, which now stretches into four counties compared to one in 1990. Esco’s department is paperless, everything is videoed and the department receives roughly 6,800 calls for service a month, a far cry from the 20-25 Esco handled at the beginning of the ‘90s.

The department also now has 19 sworn officers (it’s been approved to hire another in January), a civilian administrative assistant and more than 20 vehicles. Since 2005, it has been housed in a spacious, multi-storied brick building in the center of town.

Esco, whose tenure has spanned three mayoral administrations (a fourth mayor will take office next term), explained what’s kept him in Braselton so long.

“I lived here, grew up here and knew everyone here,” Esco said. “So that kept me here, obviously. The town has been great to me. I have no regrets.”

Scott said having the town having the continuity of a three-decade police chief is a major plus.

“His knowledge of the town’s geography, of the citizens, he knows how we’ve gotten to where we are,” Scott said. “He’s grown as a chief as the town has grown.”

While Esco’s describes the experiences in his post as exceedingly positive over three decades, there have been dark days, too. The hardest moment Esco said he and his department have ever faced came in in 2005 when Braselton police officer Todd Helcher passed away in an automobile accident one morning as his shift ended. Esco received the call that morning while attending a police chief’s conference in Savannah.

“That was a hard thing to do, driving back from Savannah, trying to figure out how you were going to have to deal with it,” Esco said. “Because I hadn’t had to deal with anything like that, even though I had been here several years.”

Esco said that Helcher is the only Braselton officer he’s aware of that has died in the line of duty. The chief pointed to the outpouring of community support in that moment.

“The community was awesome,” Esco said. “They stepped up and we had a fundraiser here … It was pretty neat to see people come out and do what they did for the family.”

Helcher’s son, Holton, who was 6 when his father passed away, ended up following in his father’s footsteps and is now a patrol officer on Braselton’s force.

As Braselton has grown, Esco’s department has been able to navigate the issues that come with that growth. The town was named the safest in the state in 2020 for all municipalities its size.

“I think it has a lot do to with the way we do our aggressive patrolling and visibility,” Esco explained. “That has a lot to do with it.”

Still, Esco is concerned about retaining personnel as the department moves forward, noting an overall trend of officers leaving law enforcement work. Esco has seen that in his own department with recent departures.

“You can’t just hire anybody.”

Esco also points to crime moving out of large cities like Atlanta and toward places like Braselton, which sits on the periphery of metro area and can be accessed by two I-85 exits.

“They get off at these two exits that we have and do their crime in some cases,” he said. “And there’s people who are moving in that do crimes. It’s not just people off the interstate by no means. It’s pretty much balanced all the way around.”

Esco said he has “no plans of retiring of retiring just yet,” hoping to continue in his position “for at least a few more years.”

He noted the support he’s received over the decades from town leaders.

“I’ve been very fortunate that every mayor and council member that we’ve elected in the town has always been very supportive of me and the department,” Esco said.

After 31 years into the job, the chief with the readily-available cell phone number is still looking to help people — which is why he said he got into the profession in the first place.

“And that’s what I’ve always hopefully tried to do,” Esco said. “When somebody does have an issue, you try to guide them the way they need to go.”