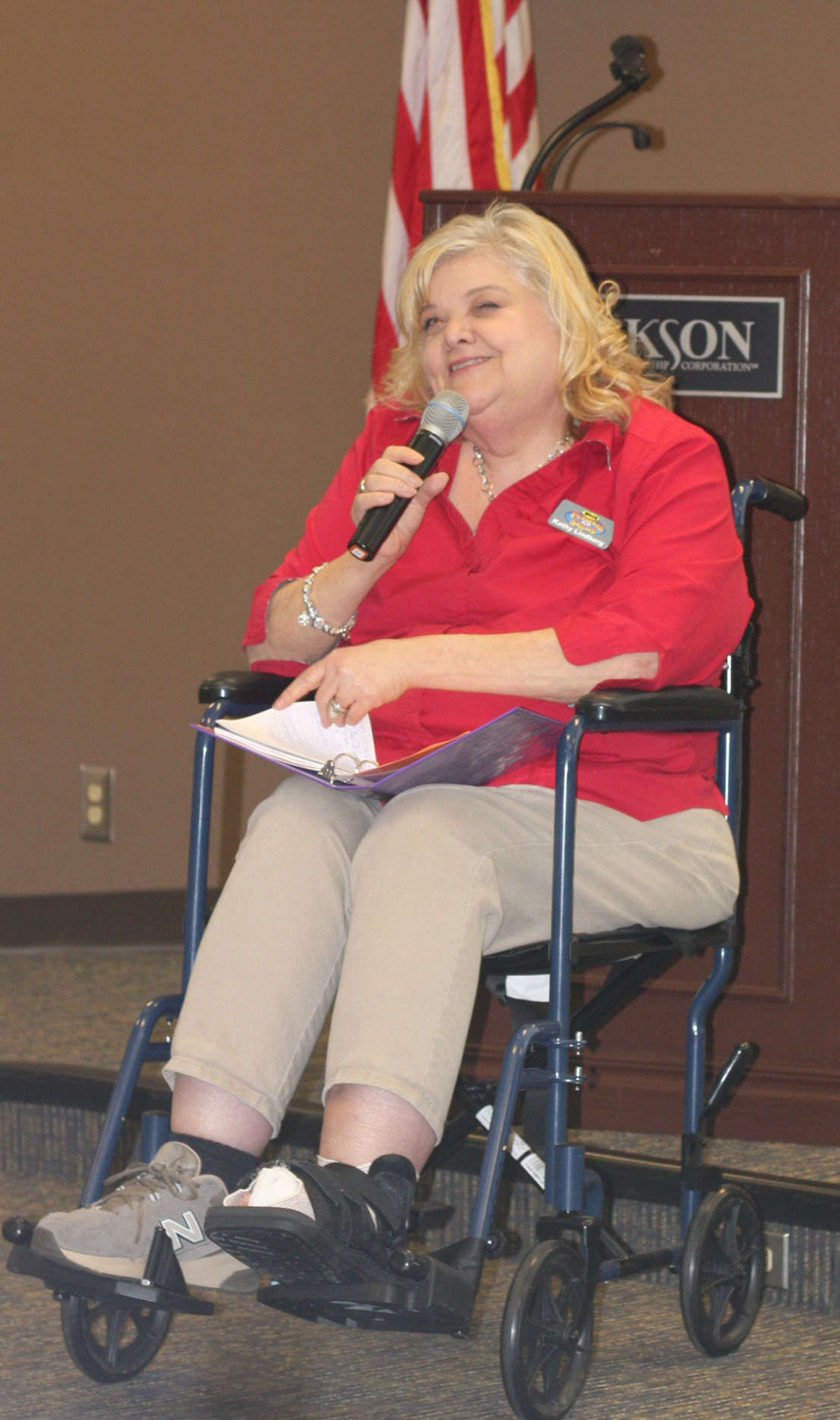 Kathy Lindberg, co-owner of Wilco Printing & Signs with her husband Kevin, talks about the small business of the year award the company received from the Jackson County Area Chamber of Commerce. 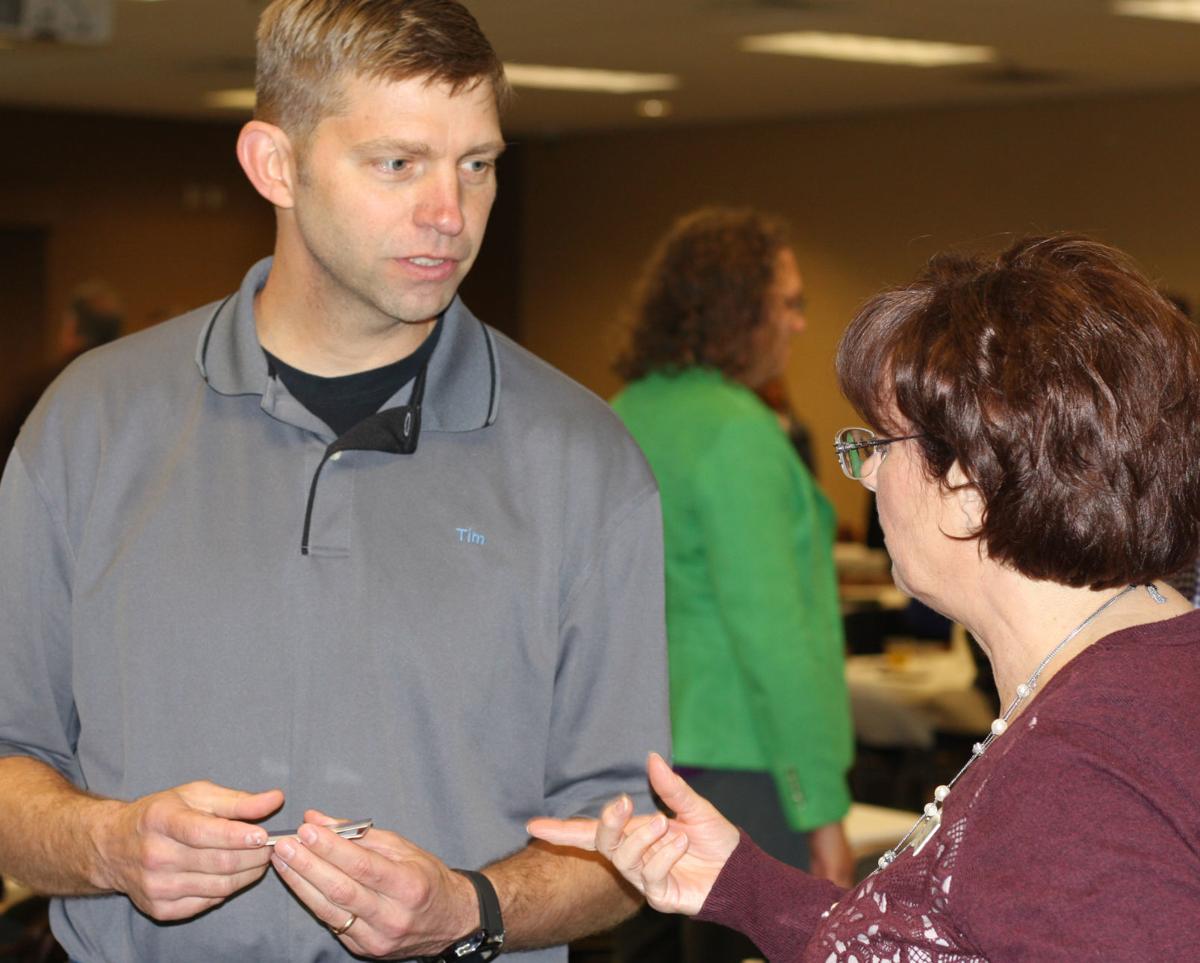 Kathy Lindberg, co-owner of Wilco Printing & Signs with her husband Kevin, talks about the small business of the year award the company received from the Jackson County Area Chamber of Commerce.

Executives of both companies explained about their operations at the chamber’s March breakfast meeting.

Kathy Lindberg, co-owner of Wilco with her husband Kevin, told the chamber of their company’s history.

The Lindbergs bought Wilco seven years ago. The first year, she said, “we experienced growth like we’d never seen before.”

Kathy said she created a new website for the business and “we saw an increase immediately.”

Wilco does printing on nearly everything. The company does vinyl banners, prints on cups and cars and all kinds of apparel. It can do heat-press, screen-printing, embroidery, posters and banners.

She said Kevin is largely responsible “for creating what I sell” and she markets and promotes the business. However, she also said everyone does whatever needs to be done at the moment.

Edwards said the Toyota plants are not connected to Toyota Motors. He said Toyota Industries owns about 77 percent of the companies and Denso International owns 22.6 percent.

The company has 1,280 employees and 1.1 million square feet of space. TICA is constructing a new building to handle some of the parts.

The TICA plant “feeds into” the nearby TCAG operation and the full compressors are built at the TACG plant. TICA makes a part for the compressor that TACG puts together

The company has about 47 percent of the car market and Ford Motor Co. is its largest customer.