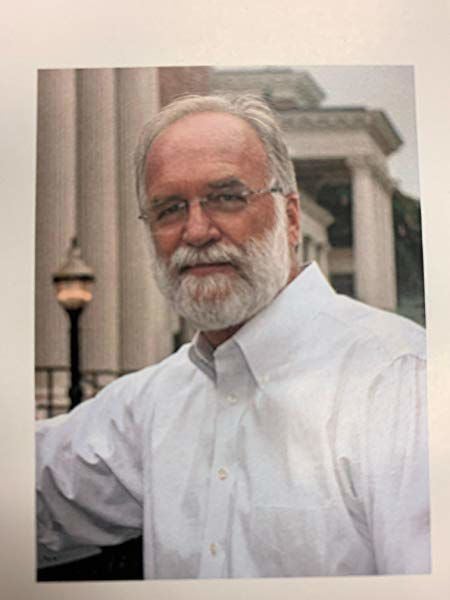 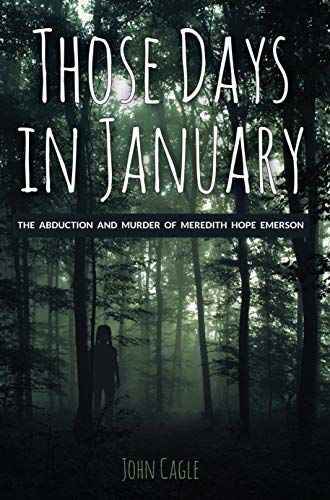 “Working serious and sometime tragic investigations over three decades did not prepare me for the events that unfolded during those days in January.”

John Cagle, author of Those Days in January: The Abduction and Murder of Meredith Hope Emerson

It was probably the most difficult book I have ever read.

It was difficult because it was so painfully real — a tragic, real-life crime that those of us in north Georgia will never forget.

Former GBI agent John Cagle, who led the investigation into the kidnapping and murder of Meredith Emerson in early 2008, has written a riveting, powerful and unforgettable account of one of Georgia’s most heinous crimes.

The book is called "Those Days in January: The Abduction and Murder of Meredith Hope Emerson."

As you might recall, Meredith Emerson was a 24-year-old University of Georgia graduate who went hiking on Blood Mountain with her dog Ella on New Year’s Day, 2008. She was later reported missing by friends.

This extraordinary book is part of a painful, personal journey for Cagle, who has lived with the memory of this shocking crime for the past 12 years. It affected him greatly — and you can feel it in both the passion he showed while tracking down Meredith’s killer and the difficult conversations he had with her family as the investigation unfolded.

Cagle, whose prose reflects both his detailed, investigative demeanor and his compassionate, personal connection to this case, was the person who made the decision to offer Hilton life imprisonment in return for disclosing the location of Meredith’s body.

Cagle wrote about that decision: We had the man we had been looking for all week, but we didn’t have Meredith. At this point, I felt there was very little chance of finding her alive. I knew her parents felt the same way. The air was about to be sucked out of the search teams and volunteers at Vogel who were working so hard to find her. We had to bring them closure. Instead of search and rescue, it was now search and recover.

The way in which Cagle chose to disclose the difficult-to-hear details of Meredith’s death was powerful, using the verbatim interview where Hilton, coldly and without remorse, disclosed to Cagle the location outside of Dawsonville (in Dawson Forest) where Meredith was buried in a shallow grave.

Cagle opened every chapter with a quote from the killer, this being one example, when Hilton told investigators about the people whose lives he had taken: “There comes a point when they fight and then they submit, and a lot of that is because of me. I reassure them. I reassure them that it is going to be okay. I didn’t kill them for any satisfaction. It was distasteful; it was dreadful.”

As the anxiety of this book unfolds around the reader, you can feel the intensity build as Cagle held media updates at search headquarters at Vogel State Park (near the Blood Mountain trail where Meredith had disappeared). That site was the initial center of the briefings and law enforcement activities. It was also where Meredith’s parents were brought in from Colorado to wait as volunteers and investigators searched the woods near Blood Mountain.

You will also learn how two careless (though inadvertent) mistakes were made by outside parties early in Meredith’s disappearance — and how, according to Cagle, “those two things hurt us.”

Cagle describes how enforcement officials from North Carolina and Florida got involved in the case since they also had hikers who were missing — hikers whom later were also found to be victims of Hilton.

Hilton was found guilty, not only in Georgia when he was sentenced to life in prison for Meredith Emerson’s murder, but also in the North Carolina case, where he was given four consecutive life sentences for the murder of an elderly couple. In Florida, he was found guilty of murdering yet another hiker and sentenced to death, where he is now awaiting execution.

Cagle, who also worked for the Dawson County Sheriff’s Office after taking retirement from the GBI, is now a part-time professor of criminal justice at the University of North Georgia in Dahlonega.

The idea of writing a book came to him last summer and he was encouraged by the positive response he got from BOOKLOGIX publishers in Alpharetta. He had high praise for the publishers and said working with them was a great experience.

“I wrote this book in hopes that no one would want to skip any part of it,” said Cagle.

Let me reassure Mr. Cagle: No one will be skipping any parts of this book.

The senseless tragedy of Meredith Emerson’s death will now be forever burned into our memories with the publication of this exceptional book.

David R. Altman writes about books and writers. He is a member of the National Book Critics Circle and the American Academy of Poets. He is a former Georgia Author of the Year nominee. He can be reached at davidraltman.com or at altmandavidr@gmail.com.