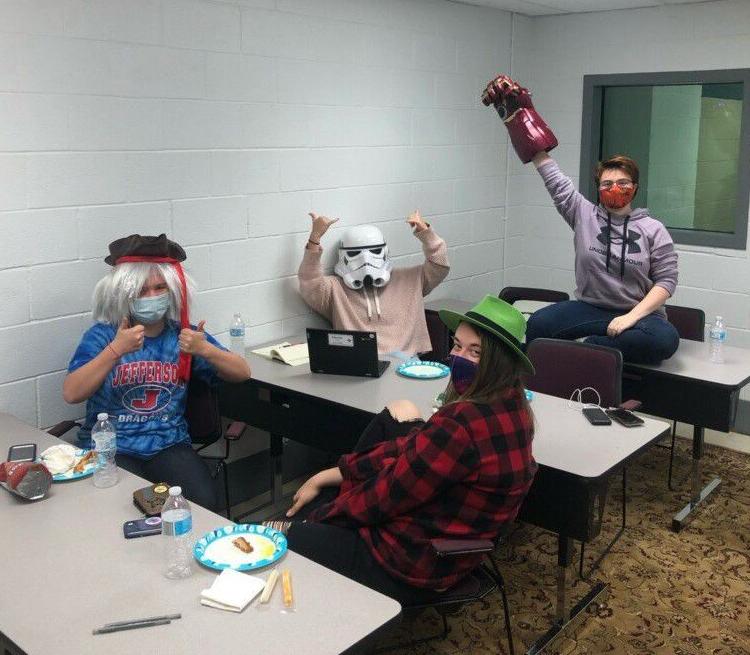 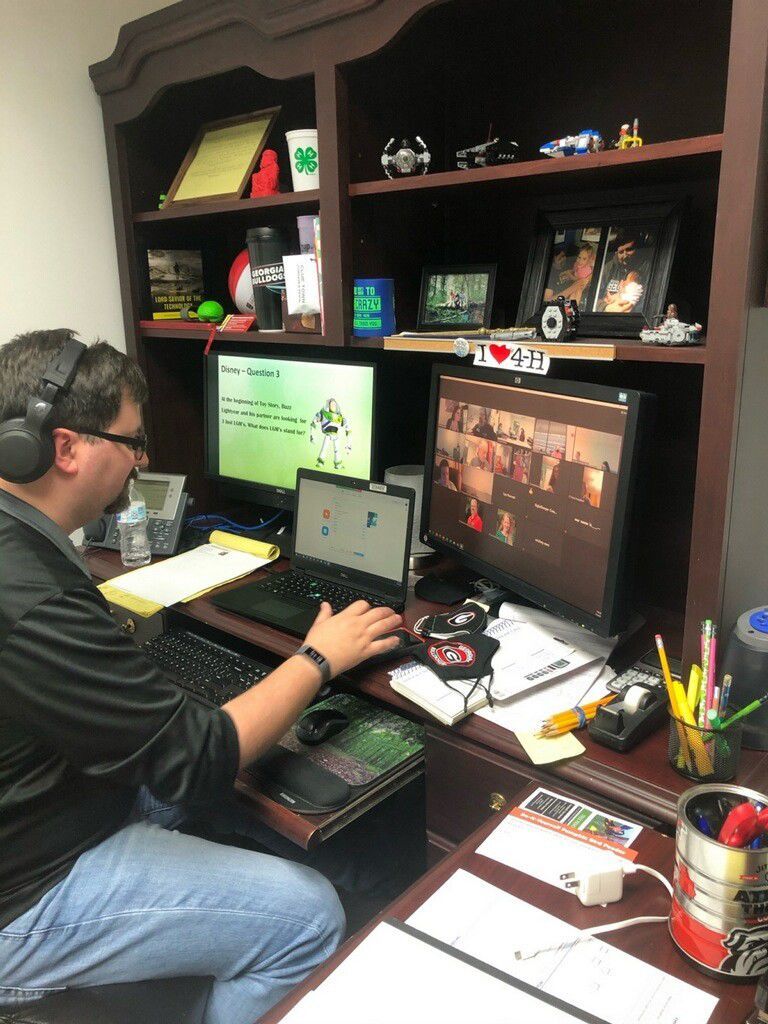 A seasonal tournament of champions, the Elite NE 4-H Trivia Tournament is an opportunity for counties to come together in a fun, relaxed environment and match wits over who knows more about a wide variety of topics. Normally held in person at the campus of North Georgia Technical College in Clarkesville, the tournament moved to an online format for its Fall 2020 match which was held on November 10.

Covering a wide variety of topics ranging from agriculture to movies, pop culture, history, space, 4-H and more, this tournament requires all kinds of knowledge.

Originally begun as the Tri-County Trivia Tournament between Hall, Habersham and White counties in 2018, the tournament has since grown, with nine counties (Barrow, Habersham, Jackson, Jasper, Monroe, Madison, Oglethorpe, Rabun and White) participating in the November match. The teams compete for bragging rights as well as a traveling Trivia Trophy, which is held by the winning county until the next match. During the in-person tournaments, there would be music and dancing in addition to service projects during the half-time break.

Teams are also encouraged to have unique or themed team names. Some teams that attended the recent tournament were Monroe County’s Risky Quizzness, “I’m doing this for a Klondike Bar!” from White County, and The Untouchables from Jasper County. Jackson County was represented by the Bucket Heads: Caroline Phillips, Emily Edwards, Charlotte Oesterle and Skylar Byrum.

For the online tournament, rules were modified and allowances needed to be made to ensure a fun environment while also maintaining a sense of fairness. Each county could register a maximum of two teams of 3-4 youth each. Teams could be hosted at their local 4-H office or Zoom from their homes, depending on the local set-up. Teams were reminded not to use technology for anything other than submitting answers or asking questions of the moderators.

Questions were presented using a PowerPoint over Zoom which was managed by organizer Jonathan Page of Jackson County 4-H while scoring was handled by Renee Smagur of Habersham County 4-H. Google forms were used to answer submission. Teams would list their team name, answers for each of the round questions, and what points they wanted for each answer and then submit it at the end of the round.

The fall 2020 tournament featured 11 teams from nine counties in a close pitched battle through the topics of agriculture, world history, flag identification, fast food, Disney, famous 4-H’ers and logic. In the end, the Rabun County Rhinestone Cowboys Band were victorious and will be holders of the trivia trophy until the next tournament. Jackson County 4-H’s Bucket Heads came in second place followed by a tie for third between Monroe County’s Risky Quizzness and Oglethorpe County’s Team Oglethorpe. The next Elite NE 4-H Trivia Tournament is scheduled for April 2021.

Jackson County 4-H is part of the University of Georgia Extension Service which is located at 255 Curtis H. Spence Dr. in Jefferson. For more information about the Jackson County 4-H Club and its programs, contact 4-H Extension Agent April Edwards at apriledwards@uga.edu or 4-H Educator Jonathan Page at jspage@uga.edu or 706-367-6344.