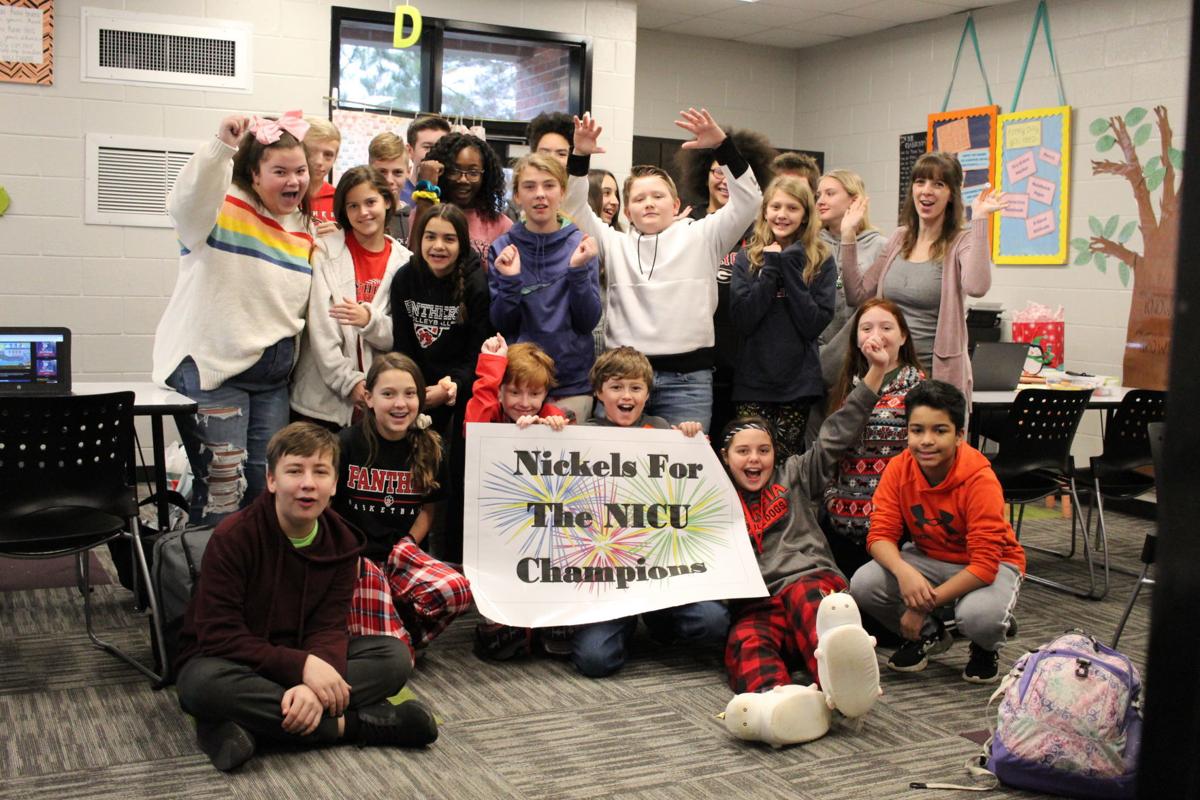 Jenny Johnson's seventh grade homeroom at West Jackson Middle School raised the most money this year for Nickels for NICU. This one homeroom alone raised $410. 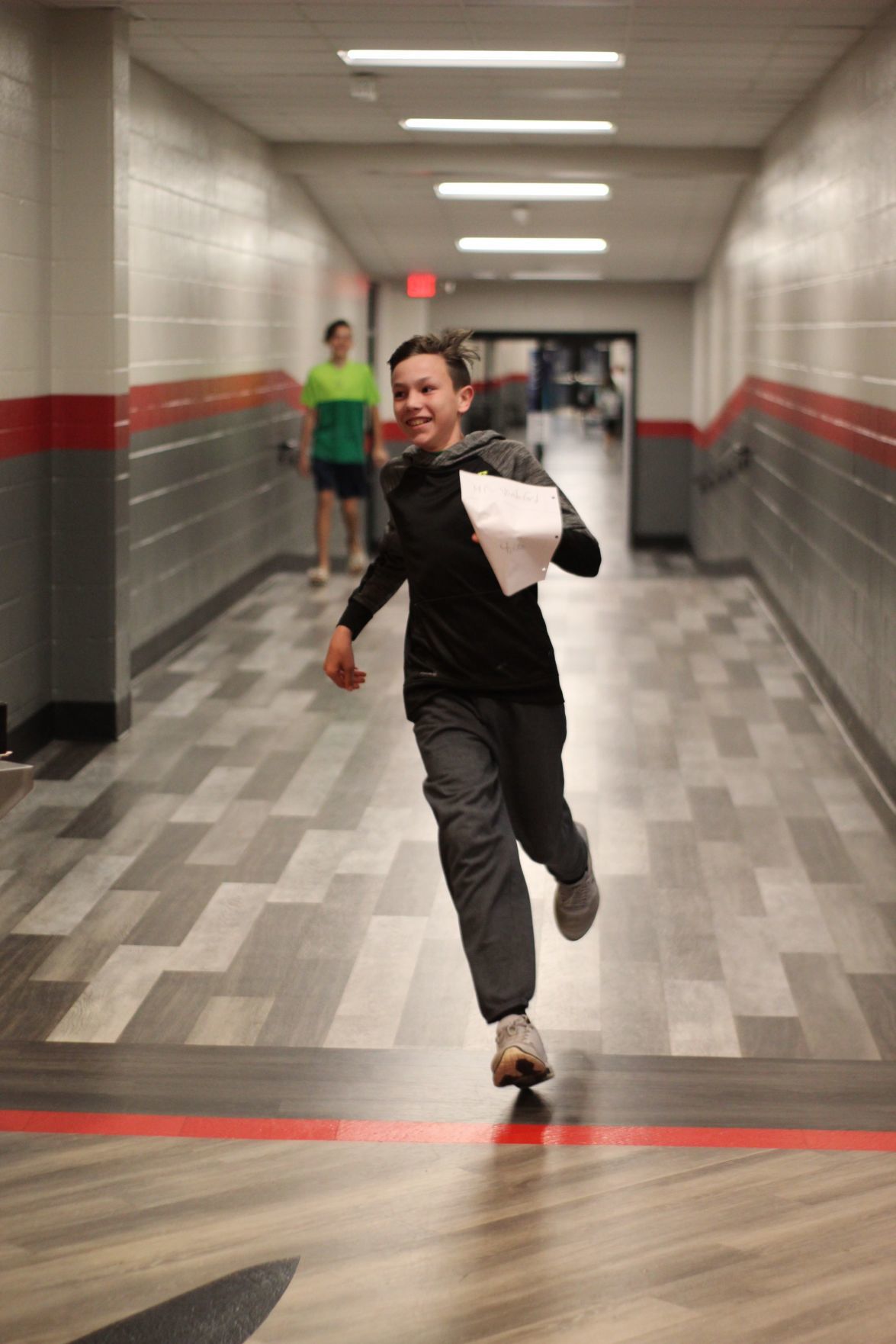 Mason Harrison completes the Nickels For The NICU challenge question of the day. 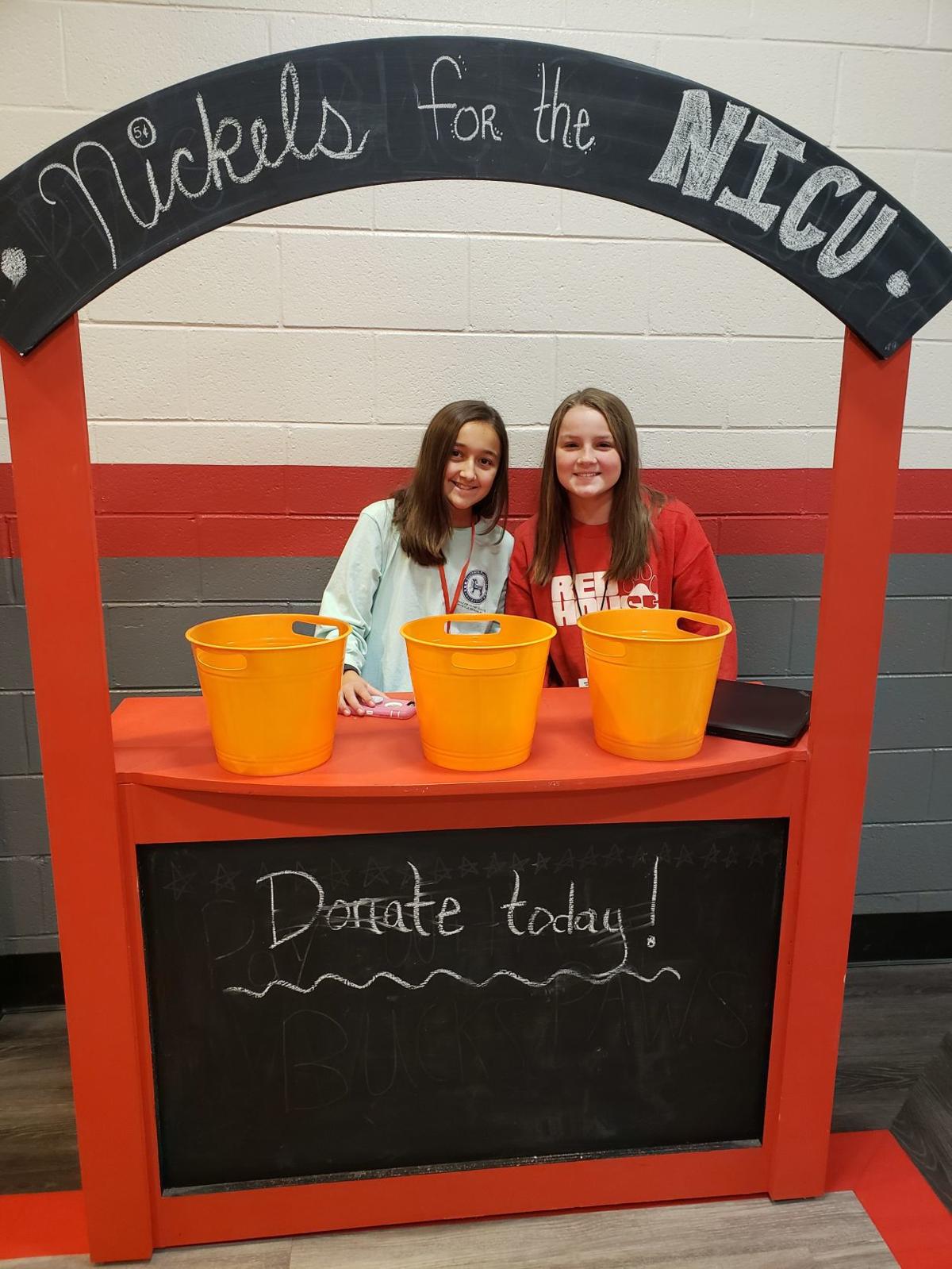 Jenny Johnson's seventh grade homeroom at West Jackson Middle School raised the most money this year for Nickels for NICU. This one homeroom alone raised $410.

Mason Harrison completes the Nickels For The NICU challenge question of the day.

Nickels For The NICU is a school-wide community service project sponsored by FCCLA. This year, WJMS collected $2,371. All of the funds raised were used to purchase gift cards that were distributed to families in the Neonatal Intensive Care Unit at St. Mary's Hospital in Athens and Northeast Georgia Medical Center in Gainesville.

Each year, WJMS students compete by homeroom to see who can give the most amount. That homeroom wins a Chick-fil-A breakfast party and the "glory of being crowned Nickels For The NICU champions."

This community service project grew from the experiences of Kathy Jones, the FCCLA advisor of West Jackson Middle School. Jones' daughter was born weighing just 1 pound, 15 ounces. The members of FCCLA wanted to do a school-wide community service project that had "meaning and purpose to the FCCLA members and several FCCLA members were preemies and had extended stays in the NICU."

"This community service project is so much bigger than we ever dreamed of," Jones said. "Each year when we deliver the goodie bags with the gift cards and words of encouragement to the families of the NICU, it makes my heart proud.

"I am so proud of our school for their giving spirit. I am proud of my FCCLA members who have continued this project and I am proud that my daughter is now a sassy, thriving 6-year-old. Knowing where we started on our NICU journey and seeing where we are now, is humbling and encouraging. We just want the families of the NICU to know that before they know it, their tiny little baby will be a middle schooler and the NICU will be a source of strength for them.

So many of our WJMS students were NICU babies, whether for a couple of days or months at a time, they are now here, as middle schoolers. Parents do not forget the feelings of the NICU so to offer hope in a dark time for the NICU families is the least we can do."