Barrow County and its municipalities have been temporarily relieved of sanctions as the parties get set to begin court-ordered mediation over unresolved service-delivery issues.

In a Sept. 12 order in Barrow County Superior Court, retired Chief Judge David Sweat of the Western Judicial Circuit in Athens-Clarke and Oconee counties stayed the sanctions, which were imposed on the local entities by the state after they failed to reach an updated service-delivery strategy (SDS) agreement by the expiration of the previous one. The sanctions made the county and municipalities ineligible for any state-administered grants, loans, permits or financial assistance.

Sweat, who is presiding over the case because it must be heard by a judge outside of the Piedmont Judicial Circuit, also has appointed retired Georgia Supreme Court Justice Norman Fletcher as the mediator.

According to the court order, mediation must begin within 30 days of that appointment. Jack Wilson, attorney for the City of Auburn, said Sept. 13 that the parties were working to schedule that mediation.

Under the state’s SDS law, counties and their municipalities are required to update their agreements every 10 years. Barrow County’s previous agreement originally expired Oct. 31, 2018 and each of the entities agreed to a three-month extension to Feb. 28 to try to iron out their differences. But despite three voluntary mediation sessions that lasted a total of 30 hours — Sept. 4, 2018, Nov. 12 and May 10 — the parties failed to agree to all areas.

The two unresolved areas are water utility service and road maintenance, with water service being a major source of disagreement between the county and the City of Winder. The city does not levy a property tax and uses water system revenues to fund some of its services. Residents outside the city limits are charged higher water rates than those inside the city, and county commission chairman Pat Graham has said that leaves those residents without a “political voice inside the city.”

In July, Wilson said the cities planned to file the petition in court to force the mandatory mediation. But it was ultimately the county that filed the petition in August. The parties also jointly filed a consent motion requesting relief from the sanctions, which “will serve the best interest of the citizens of the county and the cities,” while mediation is ongoing.

The talks will be held privately under a state open-meetings law exemption. County attorney Angie Davis said Sept. 10 that she hoped mediation could be complete by November and a proposed agreement would be brought before the county board of commissioners and each city/town council for approval.

The Johns Manville plant in Winder celebrated 50 years of production during a program on Friday, Sept. 13.

Johns Manville president/CEO Mary Rhinehart, right, talks with the company's human resources manager Melinda Burrell, who is based in Winder, and Winder mayor David Maynard prior to Friday's program.

When Johns Manville got set to begin operations at its brand-new Winder plant in July 1969, The Winder News reported the 340,000-square-foot, fiberglass insulation manufacturing facility was set to be completed that fall.

Eighty thousand square feet would be used for manufacturing space, while the rest would be used as a warehouse and service center for the company’s Southeast operations. It employed 125 people.

Fifty years later, the plant has doubled in size and has over 300 full-time employees and two product lines while operating continuously 24/7.

Officials from the Denver, Colo., headquarters of the 161-year-old company, which manufactures home and building insulation systems, commercial roofing materials and engineered products, were on hand Friday, Sept. 13, at the Winder plant on Bankhead Highway to celebrate years of production there.

“We appreciate everything that everyone has put into this plant over the last 50 years,” Johns Manville CEO/president Mary Rhinehart said. “It is a family here. This is a location, and Johns Manville is a company, where family can work together and support each other.

“When we talk about ‘the JM Experience,’ we talk about employees first. Because in order for them to be able to deliver those positive and powerful experiences to our customers, they have to have those themselves.”

Company officials, employees, retirees and invited community leaders camped under a large tent at the plant Friday to celebrate the plant’s 50th anniversary. They viewed a short video that gave a brief rundown of the plant’s history and featured short snippets of interviews with several employees. After hearing from company and local leaders, the crowd was treated to a catered lunch afterward.

“There have been a lot of changes in the last 50 years, but (the plant) still provides a significant economic impact to Barrow County and supports various community events,” said Tom Miller, the Winder site manager. “I’ve only been here for about six months, but I think the one thing that hasn’t changed over the long-term is the consistent performance, driven by an experienced, skillful and committed workforce.”

Winder mayor David Maynard, who said he was 9 when the plant opened, and Barrow County Chamber of Commerce president Tommy Jennings gave brief comments thanking the company for its “commitment and investment” made in the community.

“Coming from a manufacturing business myself, I understand what goes into it — the metrics, the numbers, the efficiency and how much product you’re delivering, but behind all that are you and your families,” Jennings said. “It makes coming to work better. It makes delivering a quality product better, and it makes your customers feel better. Without you, we wouldn’t be the same here in Barrow County.

“It’s hard work; we understand that. But what you get and what you give are the treasures we will enjoy here in Barrow County for the next 50 years.” 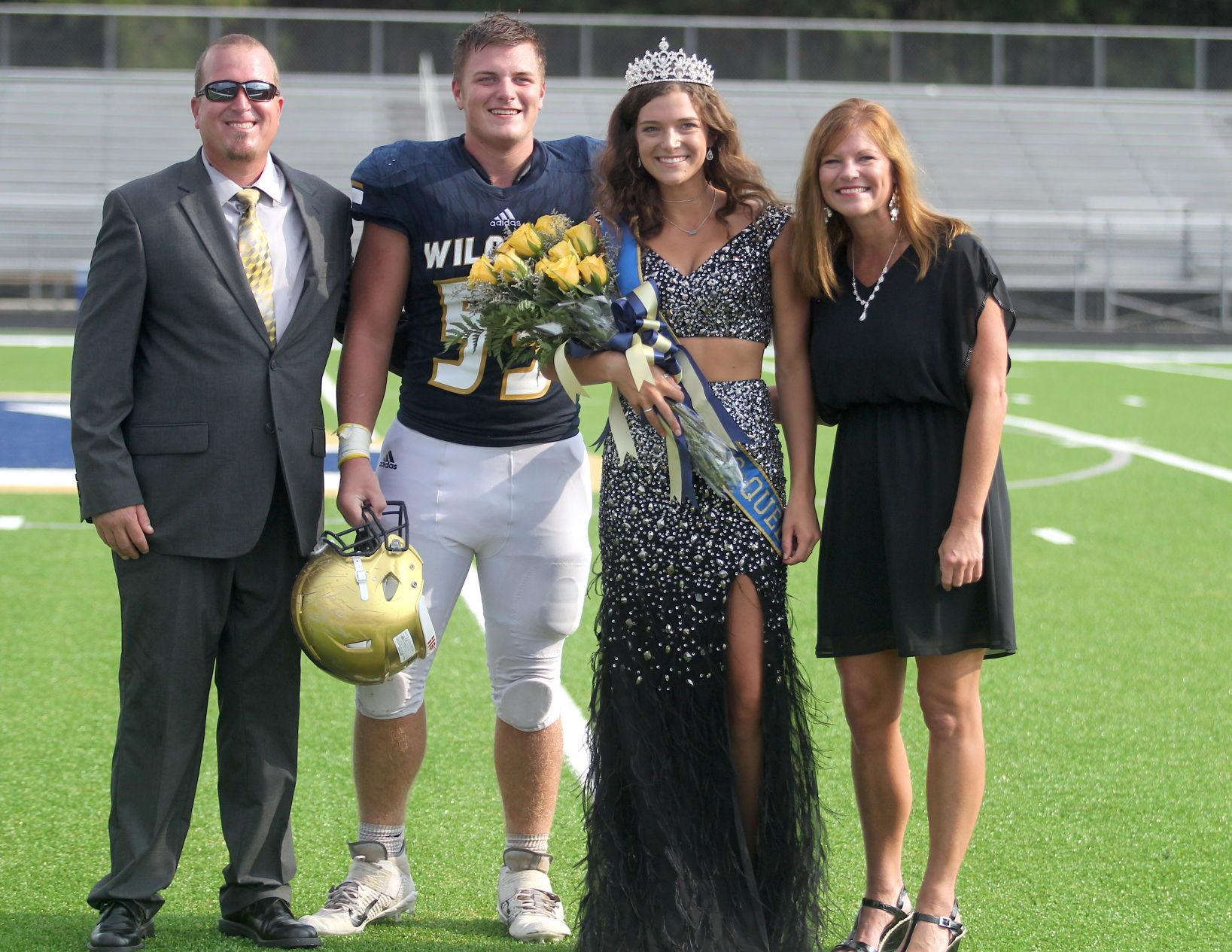 A Winder man was arrested for hit and run Monday, Sept. 16, following a vehicle accident on Highway 316 that left the driver of the other vehicle seriously injured.

Zantravious Shields, 22, turned himself in to the Barrow County Sheriff’s Office around 3:30 p.m. Monday after a half-day search for his vehicle. The sheriff’s office posted an image of a vehicle similar to Shields’ to social media and shared it with news outlets.

The sheriff’s office was notified of the accident on Highway 316 just west of Barber Creek Road around 4:30 a.m. Upon arriving, deputies determined that a black Jeep Cherokee had been struck in the rear, left the roadway and struck a tree. Shields fled the scene in his red Ford Escape, traveling westbound. Deputies recovered pieces of his vehicle at the scene to help them identify it.

The victim’s family posted on social media that he had suffered multiple broken bones as a result of the crash.

Shields was charged with felony hit and run, felony serious injury by vehicle, failure to report a crash with damage/injuries, following too closely and improper lane change.

A Barrow County School System bus driver was arrested Tuesday, Sept. 17, after a gun was found in her purse.

Mary Jo Hall, 59, of Statham, was taken into custody and was charged with possession of a firearm on school grounds, according to a Barrow County Sheriff’s Office news release. A Sims Academy student found a purse on the bus and was trying to locate its owner when they noticed a gun “accompanied by” bullets in it. The student immediately took the purse to the front office.

“At no time were the students or faculty in any danger,” the release said. “This is an isolated incident that was handled immediately upon the front office being notified of the weapon.”

An Auburn man was killed and two others were seriously injured after a wreck on Sept. 11 in the Braselton area.

Georgia State Patrol troopers were called to SR 124 on Sept. 11 around 9:45 a.m. for a three-vehicle wreck.

The vehicle traveled into the westbound lane and sideswiped a Volkswagen Beetle driven by Sheila Freeze, 63, of Winder, before striking a Chevy panel van head-on.

The driver of that van, Lafonzo McLean, 44, from Lumber City, and a passenger, Jennifer Poston, 27, from Stone Mountain, were transported to Northeast Georgia Medical Center Gainesville with serious injuries. Seatbelts were not used in the panel van, according to the GSP.

Bryant died at the scene.

Freeze was not seriously injured and was not transported. 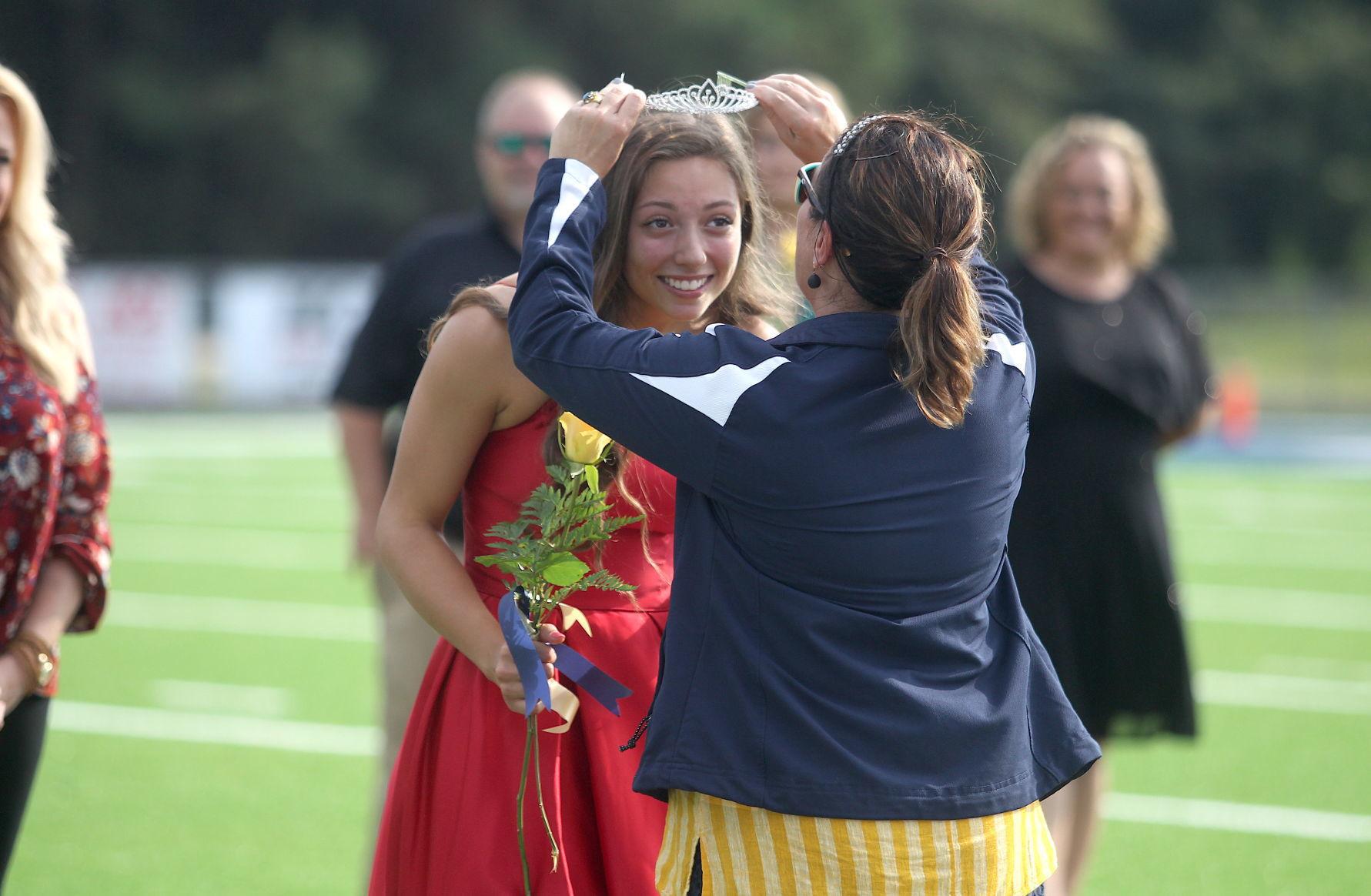