Tim Harper has been clerk of courts in Banks County for 26 years, making him one of the elected officials holding office for the longest amount of time in the county.

Tim Harper is also a familiar face in the community. He has served as president of the annual Sunday School Celebration, which has been an annual tradition for 142 years and is believed to be the longest-running gathering in the country. He is president of the Community Brotherhood, an organization for men of all denominations to gather once a month for fellowship. He is the “Voice of the Leopards” as he is the long-time announcer at high school sporting events.

Tim Harper has also been recognized across the state, being named to state offices and receiving recognition from his peers. He has been recognized as “Officer of the Year” by the Constitutional Officers’ Association of Georgia and has served as president of the organization.

For these reasons, Harper has been named the “Newsmaker of the Year” for 2019.

In October, Rep. Chris Erwin and Sen. John Wilkinson surprised Harper by approving resolutions recognizing him for his service to the community.

“You consistently devote unmeasurable amounts of hours and time to your service for your community,” Erwin said. “Your talents, your energies are all focused on bettering this community, Tim. That means a lot to us. It means a lot to the future of this county, and it has meant a lot in the past.”

When he was recognized at that time, Sheriff Carlton Speed said, “Anywhere you go in the state of Georgia, when you mention Tim Harper’s name, people say, ‘We know Tim Harper. Tim Harper is well-respected. He represents Banks County above and beyond. He is a super, super guy. You can call him, anytime, day or night, he’ll do anything for you. Not only is he clerk of the courts, I consider Tim Harper a friend, and he’s a friend to a lot of people.”

“I can tell you, Tim is more than just a clerk,” Collins said. “He’s a resource for anything and everything you need. You can go to him and ask him. He cares about people. He has helped us, as a church, in several instances with congregation, and people who needed things, needed guidance and help ... You talk about serving, he goes above and beyond, that’s for sure.”

It’s likely the only time in Banks County’s history, and perhaps the state’s history, that voters went to the polls to cast a ballot for the same race multiple times. Voters went to the polls three times to vote for the District 28 seat in the Georgia House of Representatives after the incumbent filed lawsuits questioning the validity of some of the votes cast in the first two elections.

The judge ruled in the lawsuits that some of the votes were irregular, which led to the elections being held a second and third time. In February, Judge David Sweat, ruled voters would be going to the polls a third time to decide on a House District 28 representative. "After one hour of deliberation, Judge David Sweat ruled Friday evening that a third election be held in the House District 28 race. Dan Gasaway, who lost the Dec. 4, 2018, election to Chris Erwin by two votes, alleged that 21 votes were illegal or irregular." The judge found that four of those ballots were cast incorrectly. Since the election was decided by two votes, the judge declared another election be held. “The evidence has shown there were at least four voters that were improperly allowed to vote in this election,” the judge said in his ruling. “The margin of difference between the two candidates was two votes. Under the provisions, the court is persuaded that there are a significant number of votes that were illegal as to cast doubt on the outcome of the election. The court must rule that a third election be held.”

Erwin won that third election in a landslide, taking 76 percent of the vote. Erwin had a total of 4,586 votes in Banks, Habersham and Stephens counties, while incumbent Gasaway had 1,490 votes.

“I am so proud that our team has won three elections in less than 12 months’ time,” Erwin said after the election. “With a margin of over 3,000 votes, tonight’s results cannot be questioned or disputed. I am so honored by the amount of overwhelming support our campaign has received.”

Erwin added, “Now is the time for our community to move forward together and unite.”

The activity at Martin Bridge Road, which is the last undeveloped exit between Atlanta and Greenville, has been named the Economic Story of the Year for 2019.

“The Development Authority of Banks County is proud to have worked along-side RAI Industrial Fabricators to expand their growing business into our wonderful community,” said Hannah Mullins, former executive director for the Development Authority of Banks County, who worked on the project. “This deal not only provides gainful employment and capital investment for Banks County, but also serves as the catalyst for long-awaited trade at the Martin Bridge interchange on I-85. Highly anticipated for decades, all four quadrants of this intersection are investor-owned, with some investments dating as far back as the 1970s.”

Mullins adds, “Martin Bridge will become the most sought-after Northeast Georgia trade area between Atlanta and Greenville, South Carolina. Banks County is truly fortunate to have landed such a community-minded partner in RAI Industrial Fabricators.”

Governor Brian Kemp states, “Georgia’s manufacturing industry has seen many wins in recent years, and we are proud that RAI is expanding their already successful operation into the Martin Bridge area. As the top state for business, our skilled workforce has received national recognition, and I am confident that it will meet the company’s needs as they create exciting, new opportunities for hardworking Georgians in Banks County.”

“We are excited about expanding RAI Industrial Fabricators with a new location at Martin Bridge in Banks County,” says Mark Christopherson, president of RAI Industrial Fabricators. “Site selection began over a year ago and quickly narrowed to this area along the I-85 corridor. Martin Bridge is ideally located to accommodate our growth among regional clients across the Southeast.” 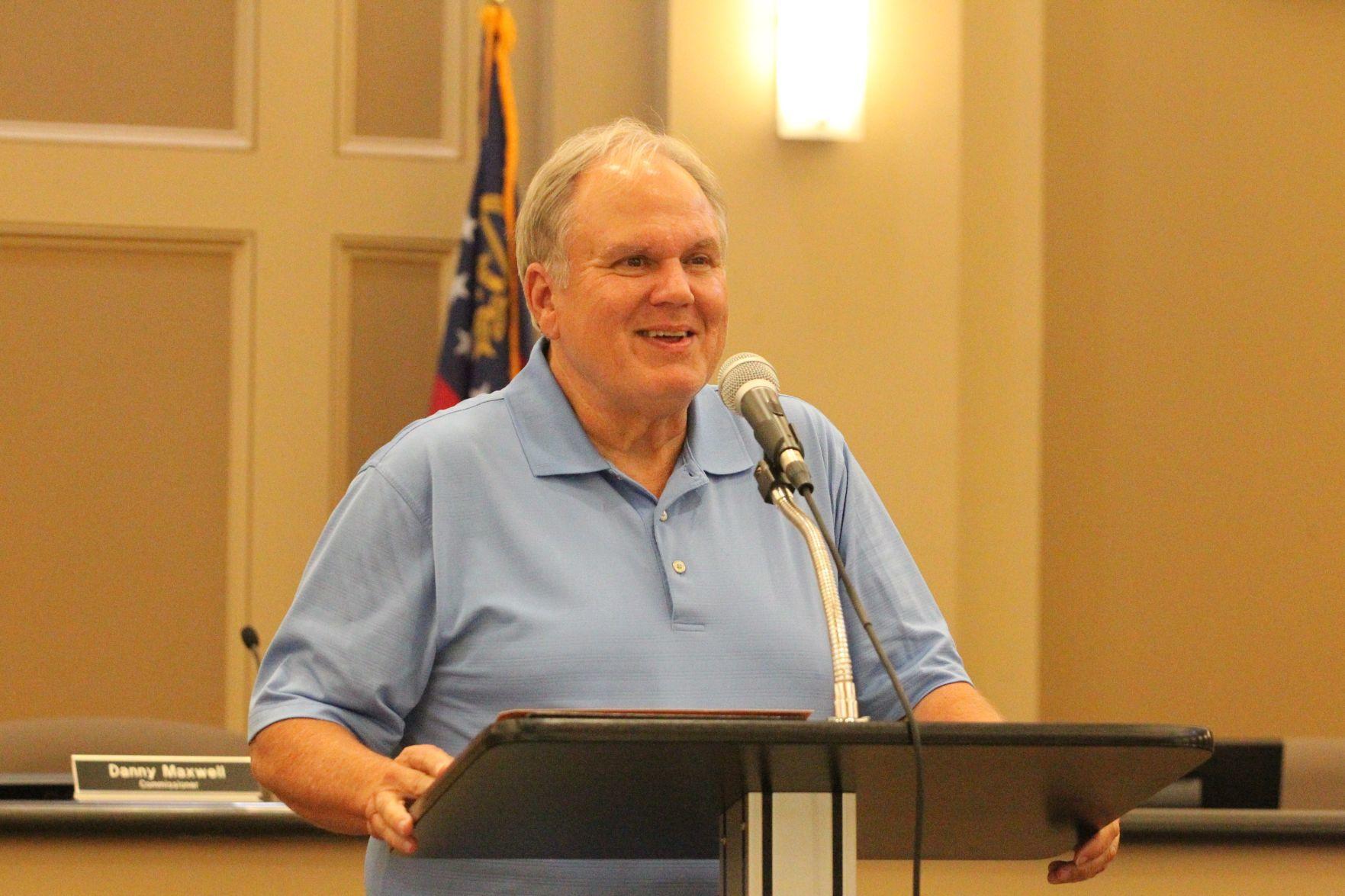 Banks County's clerk of courts Tim Harper was recognized and surprised by the community during a celebration of his service in the county at the Banks County Courthouse Annex on Oct. 10. 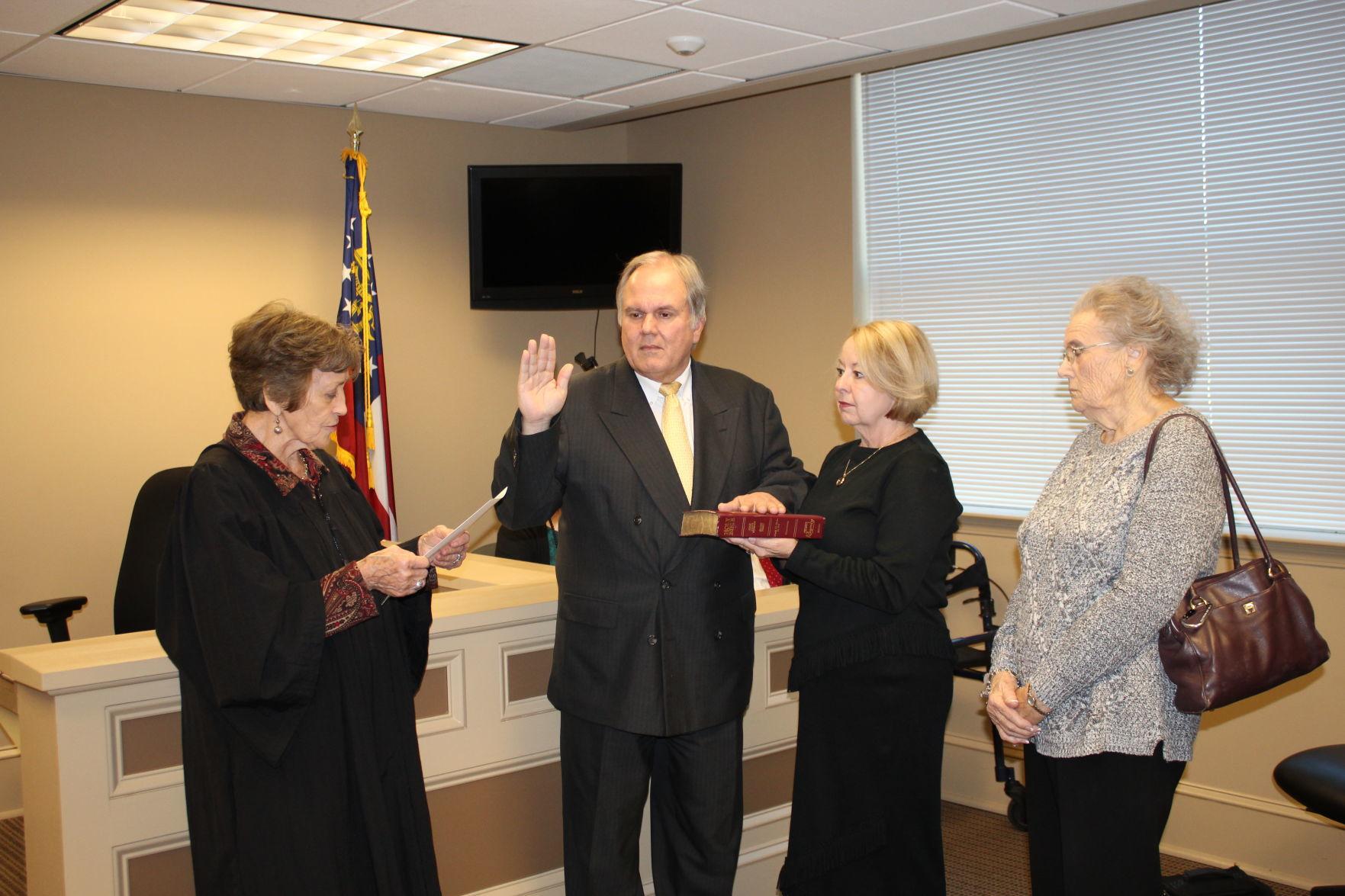