Roads already repaired from the past rain include Marshburn Road and Moss Road.

“The County Road Department is working tirelessly on roads damaged from the last rain,” Deidra Moore, county 911 director states. “Marshburn Drive is still closed and pipe is being replaced. Do not attempted to go around barriers. The road will be closed until further notice.”

Hembree Road is closed at the bridge.

“Do not attempt to go around the barriers,” Moore states. “It will be closed until further notice. They are replacing the pipe. Access can be made to the residential side from the McDonald Circle end only. Please do not drive around the road closed signs! They are there to warn you of danger ahead.”

As for the forecast this weekend, periods of heavy rainfall will be possible on Friday afternoon and evening through Saturday. Heavy rainfall may lead to isolated flooding, ponding of water on roadways and low lying areas, and flooding of creeks and streams. All of north and central Georgia should continue to monitor the weather as this outlook is expected to change over the next few days.

Water users in Homer may see higher rates this spring, but they also are likely to get a chance to ask questions and make comments at a public hearing about the rates.

A lack of a quorum hindered the Homer City Council at its work session Tuesday, Jan. 7. Council members James Dumas and Cliff Hill attended the meeting.

Dumas suggested holding the public hearing in April, which will mark the fourth anniversary since the city has raised rates.

The council would have to approve a date for a public hearing and the increases at its Jan. 14 meeting before the changes would be made.

The two council members also agreed to recommend a garbage increase to $17 a month, up from the current $15. The city’s garbage contractor went up on its rates last summer to $12.43 per month, the first increase in five years.

Dumas said residents may register their views about the increases or ask questions at the public hearing. If residents attend, fine, he said. If they do not, that will be all right also.

The council members and city clerk Carol Ayers talked about establishing different standards for water rates and decided to stay with the current structure.

•Dumas asked if Willard Ausburn could prepare a written list of employees and their skills. Dumas said the city is going to have to increase salaries and asked about current skills.

•roads to be worked on next for paving are McCoy Bridge, Greasy Creek and Hill St., Hill said. He said other roads that need work probably can be added to the list.

•got a report from Ayers that showed revenue from water sales were $196,344 in 2019 and $174,331 in 2018. The main difference was in incorrect meter readings for a few months in 2019 when new meters were installed.
Banks
Maysville officials sworn in, department heads approved
Angie Gary  / BY ANGELA GARY angela@mainstreetnews.com.
01.09.20

Maysville officials elected to serve another term and department heads for the year were appointed at the first city council meeting for the year, held Monday night, Jan. 6.

Mayor Richard Presley and council members Junior Hardy and Scott Harper were sworn in to serve another four-year term. Presley and Hardy were re-elected last year, while Harper ran unopposed.

Also at the meeting, the department heads for the year were named. They are: Barbara Thomas, city administrator/city clerk; David Cochran, chief of police; Melanie Weatherby, library manager; and Aaron Patton, water department supervisor. All are currently serving as department heads.

“I am proud of this group we have as department heads and am looking forward to working with them again,” Mayor Presley said.

Harper was named to serve as mayor pro tem for the year.

In other business at the meeting, the city council unanimously approved the Jackson County Hazard Mitigation Plan Update, which was presented by Bryan Bullock, EMA director. Bullock said the plan is updated every five years. 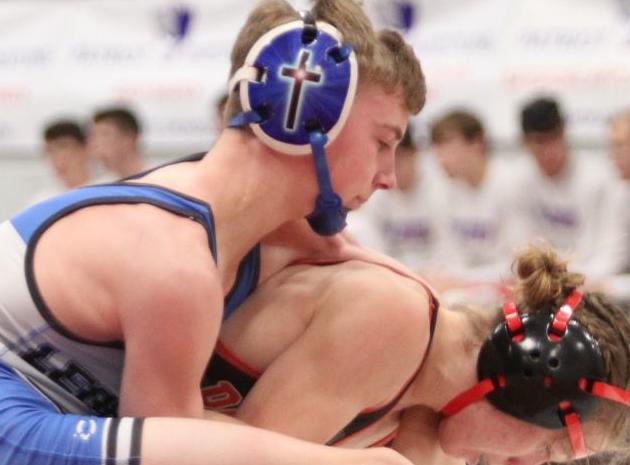 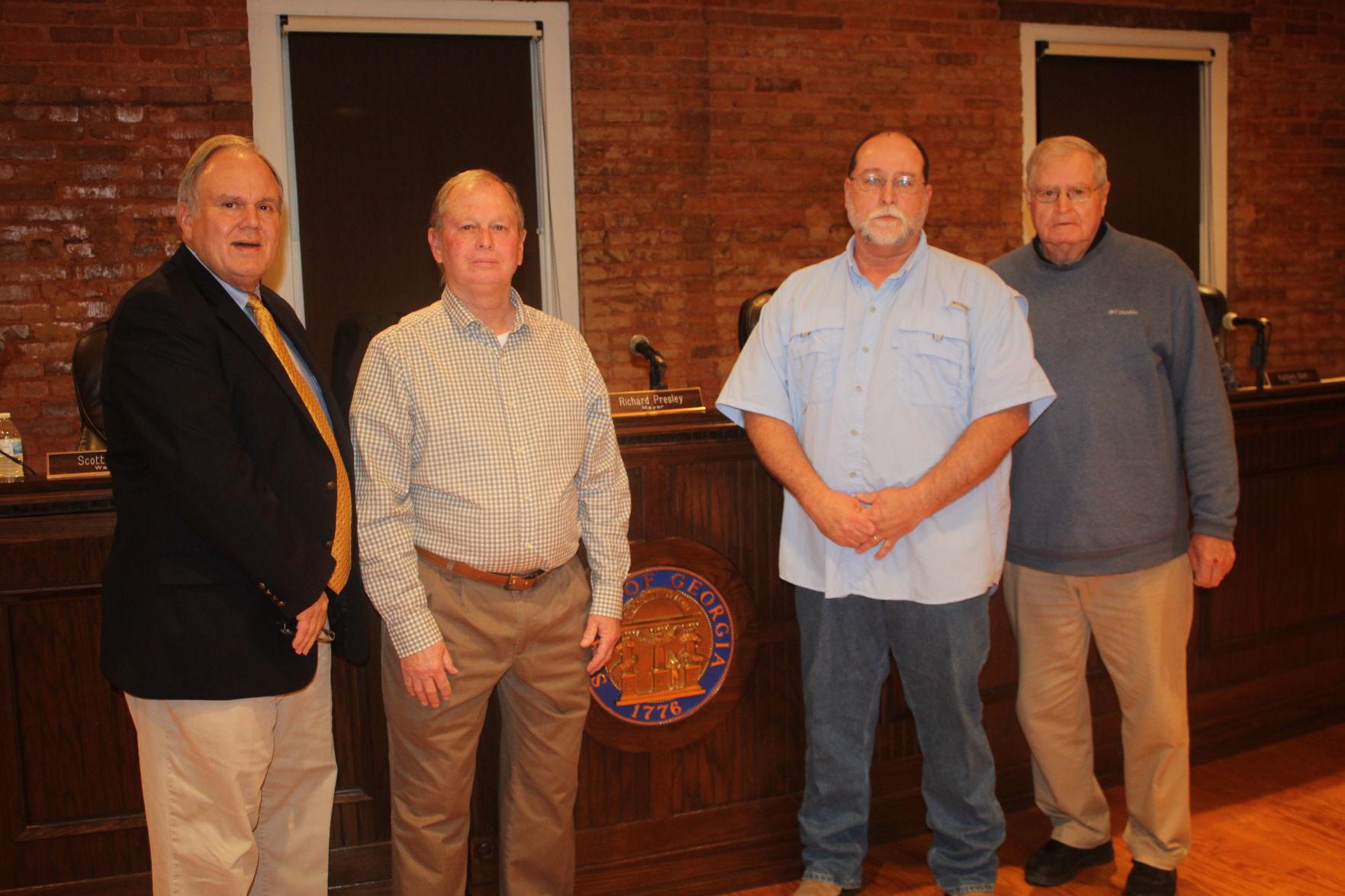 The Georgia Department of Transportation will hold a public information open house on the median project on State Route 15 from the Jackson County line to Faulkner Road on Tuesday, Jan. 21, from 5 to 7 p.m. at the Banks County High School cafeteria, located at 1486-A Historic Homer Highway, Homer.

The Maysville Planning and Zoning Board will hold a public hearing on Monday, January 27, at 7 p.m. at 4 Homer Street to receive public comment on proposed ordinances addressing dilapidated, unsafe and abandoned buildings and the historic district overlay.

All public input will be welcomed, leaders state.

The Lula City Council is considering extending a moratorium on issuance of business licenses for new vape shops within the city.

During a meeting held Dec. 9, Mayor Jim Grier reported he has spoken with other local city officials and everyone appears to be moving very cautiously on this issue.

“Everybody is concerned about this and wants to make sure we do the right thing instead of doing something and it turns out to be not quite what we intended,” said Grier. “We are also hearing that there is going to be some action taken by the legislature during the next session on this item.”

The council is considering an extension of the moratorium on licenses for vape shops in order to gather additional information in regard to the dangers of vaping and to have a better understanding of what the legislature might consider.

“We want to make a decision that is going to be good for the citizens of our city as well as something that is reasonably enforceable,” said Grier.

The council will be addressing this issue during the Jan. 16 council meeting.

In other business, the council,

•will be applying for a Community Development Block Grant to replace some water lines throughout the city. If the grant is approved, the project is estimated to exceed $500,000.

•will be making amendments to the 2018-2019 budget to reflect changes during the fiscal year. In addition, the council will be readdressing the city millage rate to confirm approval to roll back the rate.

•received an update regarding wi-fi service. City Manager Dennis Bergin said wi-fi at the depot should be hooked up by the end of the week and when completed, service and security cameras will be operational at the depot and the Veterans Park. Once some issues are addressed at the walking trail, service will be available there as well. According to Bergin, wi-fi will be available for public access at these locations.

•heard from Bergin that phase two of the depot renovation project could be completed by the end of the week.

•is considering changes to require a supplemental charge of $100 for each burial at the city cemetery to offset the cost of making improvements to the grave site.

•heard from Bergin that EPD will require the city to hold a public hearing before the Highway 365 private well can be transitioned for public use.