A member of the Jackson County Board of Elections is among the plaintiffs signing onto a lawsuit that seeks to overturn some provisions of a controversial new Georgia elections law.

Elections board member Judy McNichols, who represents the Democratic Party on the board, is one of 13 named co-plaintiffs in the suit. In addition, the suit is being supported by the Jackson County Democratic Committee as a signee.

The suit is being organized and filed by the interest group Coalition for Good Governance and relates to SB202, which passed the state General Assembly this year.

It is one of several lawsuits attacking the new law, which critics say is designed to limit voting rights in the state.

The suit focuses on the "takeover" provision in SB202 and on new limitations for elections observers and the media.

“The ‘Takeover Provisions’ are so egregious and dangerous to every concept of free and fair elections that they must be stricken from the law before they undermine Georgia’s elections,” said Marilyn Marks, CGG’s Executive Director. “The Takeover Provisions, together with the unconscionable new statutes that criminalize long-standing practices of citizen and press oversight of elections, compelled us to organize this lawsuit. The voter intimidation and attacks on Freedom of the Press and Freedom of Speech embodied in SB202 are abhorrent to modern democratic societies. We are resolute as we work together with 13 co-plaintiffs in this fight to protect voters from the assault on democracy embodied in SB202. The lawsuit defends three pillars of liberty."

Elector Observation Felony — makes it a felony to “intentionally observe” other citizens’ votes displayed on the large touchscreen voting machines in the polling place. The law is ripe for the arbitrary and capricious abuse of false allegations and enforcement, for a “crime” that is hard to avoid, because of the flawed design of the machines.  (Right to Vote)

Estimating Ban — prohibits the press or monitors from estimating the absentee tallies they are monitoring as ballots are processed. (Freedom of Speech)

Photography Ban — criminalizes photography of voted ballots or of the touchscreen while in use by a voter, despite the century-long history of routine press photography and videography of such election activities. (Freedom of Speech)

Impractical Application Deadline — narrowing the window for absentee ballot applications so restrictively that absentee voting is impossible in some runoff elections, and for voters with unforeseen hardship conditions, preventing their presence at the polls. (Right to Vote) 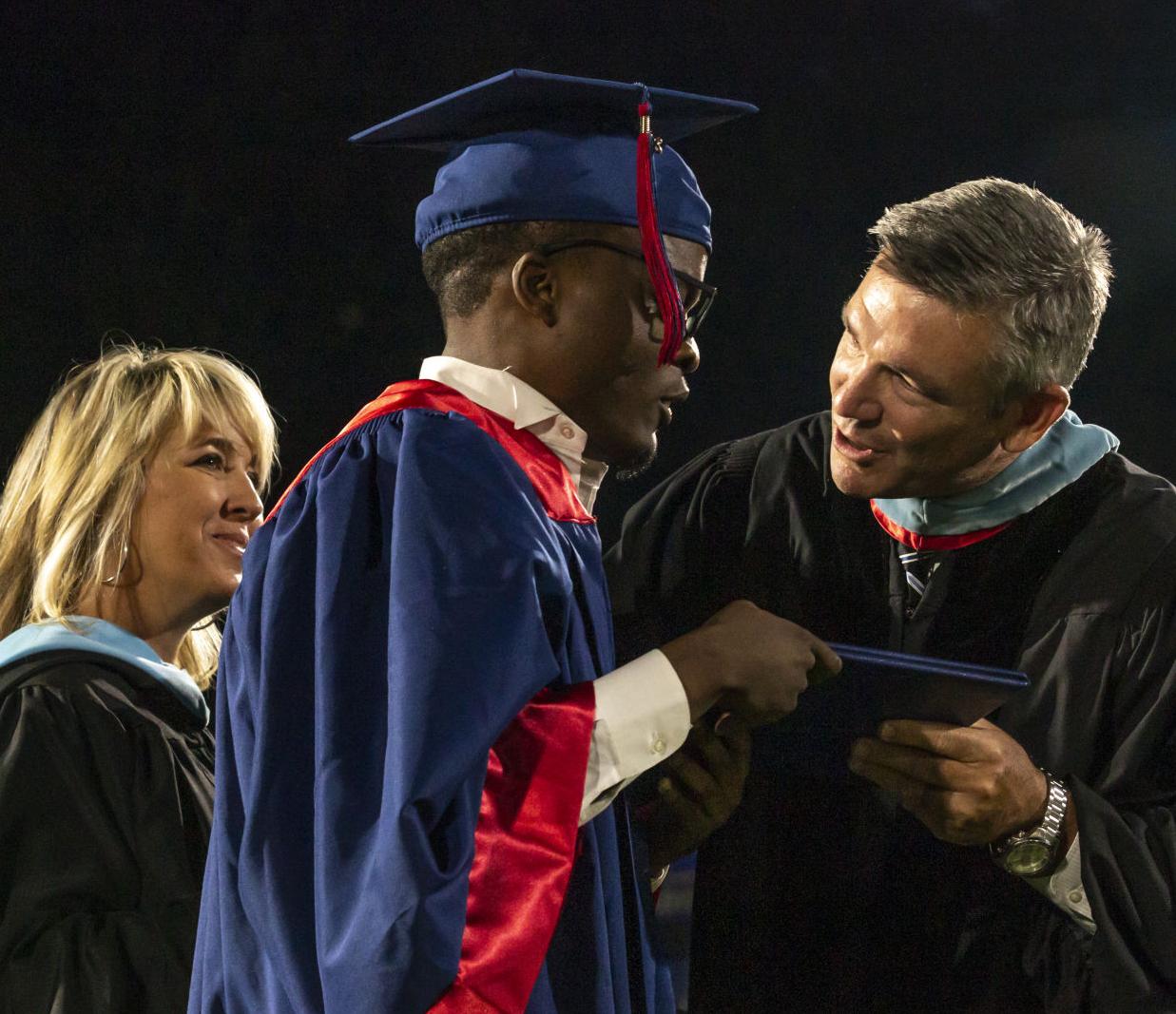 DeAris Hooper is shown with Bayon Yaheem Latner as he received his diploma from Jefferson High School principal, Brian K. Moore, on Friday, May 21.

A $113 million Ace Hardware distribution center is coming to Jefferson.

The Jefferson Industrial Development Authority issued bonds for the company in a meeting last week.

The company is expected to employ 377 full-time workers.

The building will be located along I-85 and Hog Mountain Rd. across from an Amazon distribution center.

The facility will serve 350 stores in four states, including 123 stores in Georgia.

Operations at the facility are slated to begin in early 2023.

The Jackson County Industrial Development Authority recently approved bonds for a $1 billion expansion to the SK Battery project in Commerce.

The funds will be used to improve the firm's two facilities that are currently under construction and to add equipment.

The IDA board approved the bonds on May 14.

“It’s great to see Duckyang create high-paying, advanced automotive manufacturing jobs for the hardworking Georgians of Jackson County,” said Governor Brian Kemp in the announcement May 20. “Georgia is home to the best workforce training programs in the nation and has remained the number one state for business for the past eight years, so I’m confident Duckyang will find long-term success in Georgia.”

Headquartered in Ulsan, Korea, Duckyang supplies cockpit modules to customers around the world including Hyundai, Kia, Renault Samsung Motors, Genesis and Mobis. Cockpit modules are integrated auto parts comprised of more than 130 sub-components found near the driver’s seat of a vehicle.

Company leaders say that opening a facility in Georgia will allow Duckyang to better serve several of its automotive customers within the region.

“By entering the U.S. electric vehicle battery market with SKBA, we will have the opportunity to cooperate with many other automotive companies, including Hyundai and Kia Motors, that already have a manufacturing base in the U.S.,” said Dong-in Son, CEO of Duckyang Ind. Co. Ltd. “It is expected that we will have business expansion opportunities to supply not only electric vehicle parts but also interior parts, including the cockpit module, door trim panel module, and other flagship parts to global automakers based in the United States.”

The company will be hiring for positions in production, maintenance, logistics and warehouse management. Individuals interested in careers with Duckyang are encouraged to contact mgkim@dyauto.kr for additional information.

“The Town of Braselton looks forward to welcoming Duckyang to our community and is delighted to see a new manufacturing facility located in our town,” said Braselton Town Manager Jennifer Scott.

“As the automotive industry continues to move toward electric, great companies like Duckyang are helping Jackson County and the State of Georgia secure a place in the industry’s future,” said John Scott, Director of Economic Development for the Jackson County Area Chamber of Commerce. “We’re very excited to welcome Duckyang to our community!”

“In Georgia, we’re focused on growing the entire electric mobility supply chain,” said GDEcD Commissioner Pat Wilson. “Our strong relationships with SK Battery America and other Korean companies, such as Duckyang, are helping us do just that. This is also a great example of how we help our companies bring their suppliers to the state in order to secure their local supply of needed parts. I appreciate our partners in Jackson County for their support of these projects and look forward to seeing the new opportunities this will create locally and for the entire U.S. mobility sector.” 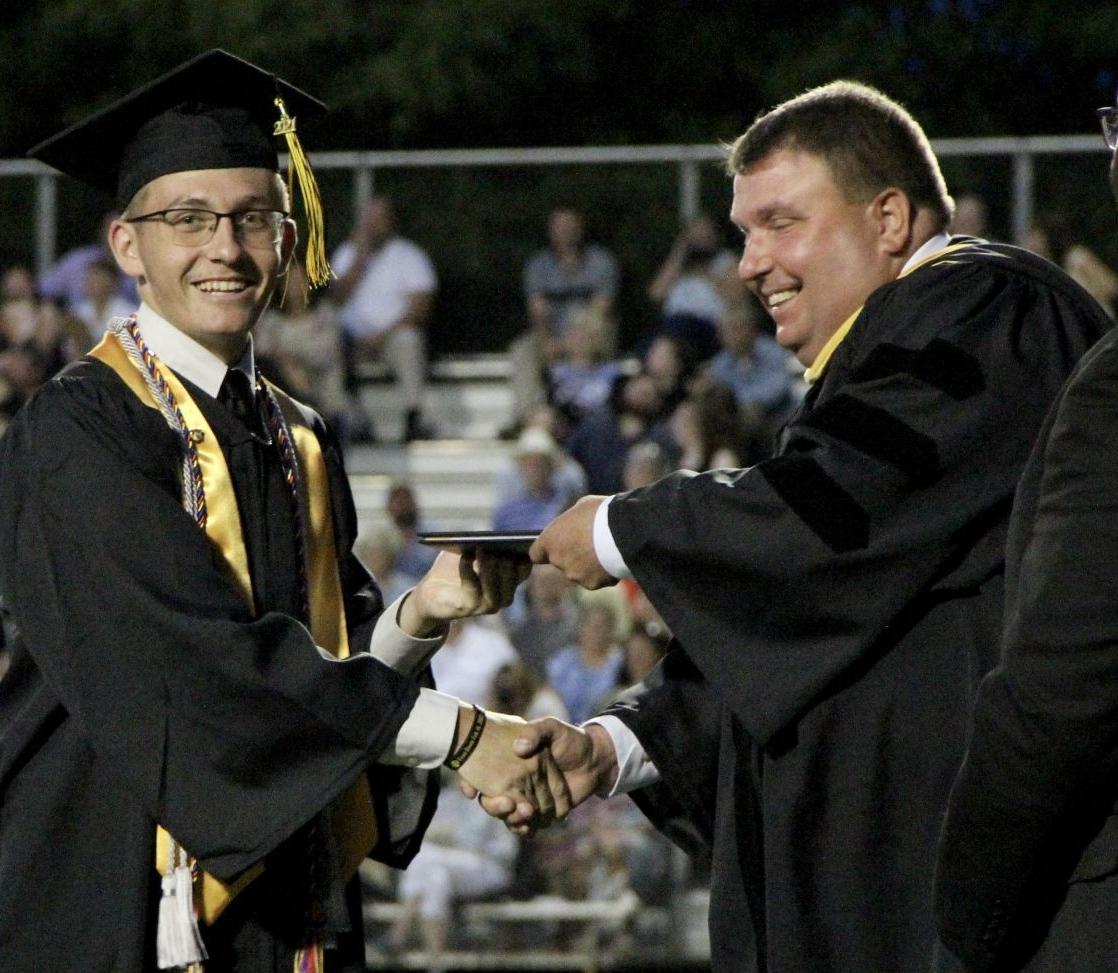 Action on a large subdivision proposed for Commerce was again tabled this week by the Commerce Planning Commission.

The commission previously tabled action on the matter in April following pushback from area residents and over questions from some commission members.

At the commission's May 24 meeting, an attorney for Cook Communities, developers of the proposed project, asked that the rezoning request be tabled until June. She said the company had a new plan for the South Commerce site that had only recently been submitted to the city.

City planning director Jordan Shoemaker agreed with the postponement, saying the city needs more information before moving forward and that the new plan had been submitted past the deadline for the May 24 meeting.

The delay clearly disappointed a large crowd of area residents who attended the meeting to voice opposition.

The project, named "The Village At Harmony Grove," is the single largest residential community ever proposed in Commerce. The subdivision would cover some 181 acres along Hwy. 441 South and White Hill School Rd.

Under the new proposal, developers have reduced the proposed number of townhouses from 200 to 112 and single family homes have been cut from 370 to 327. In addition, a proposed commercial strip along Hwy. 441 has been expanded to allow for more business development and the project's amenity area has been expanded.

Under the new proposal, the community would be built in five phases with the 112 townhouses built first. Those are proposed to have 1,600 sq. ft. with a two-car garage and costing $240,000 and up.

Phase three would be the community's amenity area, which calls for a pool, clubhouse, two pickleball courts, a community garden, playground, dog park and walking trails.

Phase five would be the development of 14.5 acres of around 10 commercial businesses.

The developers also submitted data that says the project's home prices would be higher than other nearby subdivisions and higher than the overall average of homes sold in Commerce over the last 12 months.

Developers also say the project would pay $3 million in building and development fees and $2.4 million per year in property taxes.

In other business, the planning board voted 4-1 to approve the annexation and rezoning of 33.6 acres for a mixed-use subdivision on Old Harden Orchard Rd.

Several area residents spoke in opposition to the project, some asking for additional buffer space with a nearby subdivision.

The project calls for 42 single family homes and 32 townhomes, but planning board chairman Joe Leffew said under city ordinances, the project could only have 28 townhomes due to the lot size.

In another controversial rezoning before the planning board, the commission gave approval 4-1 to rezone a .26-acre trace on College Ave. from OCR to R-2 for a single house. But the vote only came after a lengthy discussion about the plans and a back-and-forth with the builder.

In an unusual move, chairman Leffew's wife spoke in opposition to the rezoning, saying it doesn't fit with the existing neighborhood. The property is on a street behind the Leffew home.

Leffew also spoke about problems with the plan and pushed for the house to be larger than 2,000 sq. ft., saying other houses in the area  have a larger heated space than what was proposed.

During the discussion, planning board member Melinda Cochran-Davis said she'd rather not see a home with a front-facing garage on the property just so the builder could get more square footage in the house.

"I'd rather have a more attractive 2,000 sq. ft. home that meets the character of the area than a larger one for the sake (of larger,)" she said.

Leffew pushed back  and called for a larger house on the property, citing his personal interest.

"I'd rather have a house that adds value to my neighborhood than brings my value down," Leffew said.

Cochran-Davis: "I don't think it would, not everybody wants a giant house."

In the end, the builder agreed to find a way to build a 2,400 sq. ft. house with some adjusted setbacks.

In other business, the planning board:

• tabled action on an annexation and rezoning of .57 acres on Lathan Rd.

• approved updated bylaws for the commission.

Two men were killed in a wreck in Commerce on Friday night.

Kevin Todd Davis, 46, of Lula, and Jody Garrett, 44, of Danielsville, were killed in the two-vehicle crash.

Davis was driving a 1971 Dodge Dart north on Hwy. 441 and attempted to turn left onto South Elm Street towards Commerce. He reportedly failed to yield for a 2014 Dodge Journey, driven by Alaina Sneed, 20, of Commerce, who sustained minor injuries in the wreck.

Davis and Garrett, a passenger in the Dodge Dart, were taken to Northeast Georgia Medical Center Gainesville. Both died from their injuries. Neither were wearing seatbelts, according to the GSP. Troopers are investigating if alcohol was a factor.

A Lawrenceville woman was killed in an early-morning wreck in West Jackson on May 24.

Georgia State Patrol troopers were called for the wreck on Hwy. 53 at Braselton Pkwy. shortly before 3 a.m.

A dump truck, driven by Vernal Bailey, 55, of Snellville, was traveling south on Hwy. 53. A Nissan Sentra driven by Raven Brown, 27, of Lawrenceville, was trying to make a left turn from Hwy. 53 onto Braselton Pkwy., but failed to yield right-of-way and collided with the dump truck. Brown was killed in the accident. She was not wearing a seatbelt, according to the GSP.

Bailey sustained minor injuries and declined transport to the hospital. His dump truck, which was carrying a load of asphalt, overturned off the Hwy. 53 shoulder after the impact.

No charges are expected.