Moore will become assistant superintendent in the new school year.

McFerrin had previously been assistant principal and athletic director at Winder-Barrow High School before coming to Jefferson in 2019. Prior to that, he had been a teacher in the Gwinnett County School System.

McFerrin is the son of legendary football coach T. McFerrin who led the JHS Dragons to a state championship in 2012.

The system also has a new middle school principal. Carol Ann Knight was named JMS principal in March to replace Melanie Sigler, who is retiring. Knight had been assistant principal at Jefferson Academy.

Samantha Barrett and Chrissy Joiner were named as assistant principals at JA at the April meeting of the Jefferson Board of Education.

In other personnel action, the BOE approved hiring the following teachers:

The board also approved Melanie Stoudenmire from part-time to full-time JES teacher; and accepted the resignations of Elizabeth McKenzie, Morgan Akin, Casey Nissenbaum and Adrian Dunegan.

Trash pickup fees will increase in Commerce after action by the city council this week.

The Commerce City Council approved the move at its April 19 meeting.

Waste Pro, the town’s sanitation service contractor, recently noted in a letter to the city that the “cost of doing business” increased significantly over the last year, resulting in the $0.84 increase.

Waste Pro said the consumer price index has increased by 1.4%. That contributes to $0.14 cents of the overall proposed increase. The remaining $0.70 increase comes from hikes in disposal costs.

The increase will go into effect May 1.

Other items approved at the council April 19 meeting were:

•a conditional use request from Mack Garrison for 219 Allen Rd. The request would allow a towing lot on 2.17 acres. (The property was previously approved for a recycling facility, but that project was abandoned.) Representatives for the project said at the recent planning commission meeting that they’d probably have a maximum of 25-30 vehicles on the site at any point and cars would be moved out every 30 days.

•an amendment to a contract with Bureau Veritas for residential inspections and erosion/sediment control inspections.

•amendments to the Georgia Municipal Association’s 401(a) defined contribution plan.

•a request for the sale of beer and wine at 614 South Broad St. 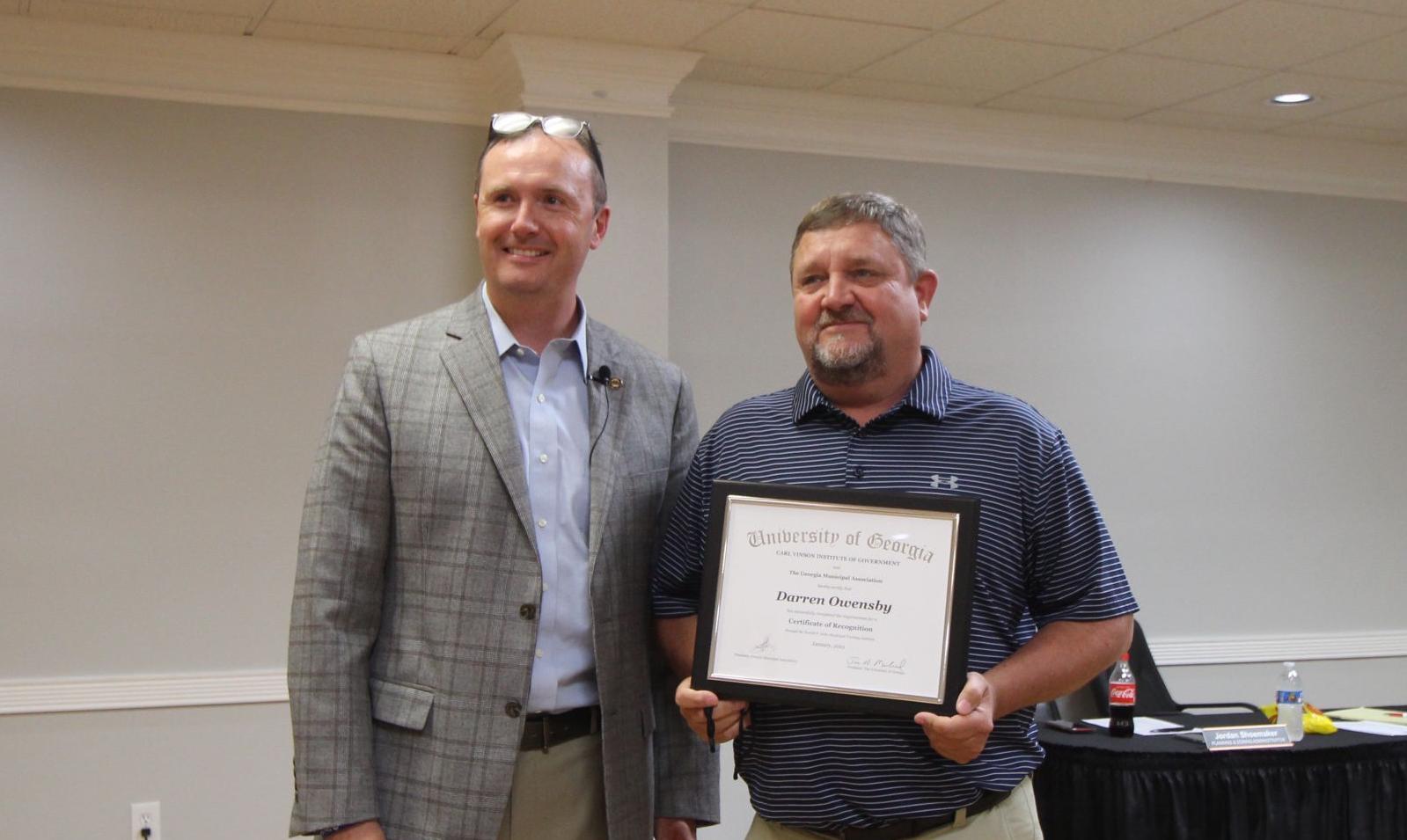 The Commerce City Council presented a number of recognitions during its April 19 meeting. Among those recognized was Commerce City Council member Darren Owensby (right), who received a Certificate of Recognition from the Georgia Municipal Association. Ownesby received the honor for completing a certain number of training hours. Owensby is pictured with Mayor Clark Hill.

Is Jackson County a hotspot of vaccine reluctance?

That appears to be the case as the rate of Covid vaccinations has trended downward in the county over the past four weeks.

Last week, only 354 Jackson Countians received a vaccine compared to nearly 1,400 who got a shot in one week during the middle of March.

The downturn in vaccine administrations is reflected in the county's lagging the state average. Only 20% of countians had received at least one dose of the vaccine this week compared to 32% statewide. Only 16% of countians are fully vaccinated compared to 20% statewide.

Although the overall numbers are low, a majority of older citizens in the county — those most at risk for serious illness or death — have been vaccinated.

Some 96% of those over age 85 in Jackson County have been vaccinated while 81% of those 75-84 have gotten the vaccine.

The rates for those under age 54 are very low:

Vaccine hesitancy during the current Covid pandemic has been an issue nationwide, especially in conservative and Republican strongholds. Polls have shown that a significant percentage of Republican voters — 35-45%  in most polls — say they won't get a vaccine shot.

In addition, there are pockets of resistance in some minority communities.

Doctors predict it will take getting the population vaccinated at a rate of 60-90% for the nation to reach "herd immunity" where the virus will no longer pose a pandemic threat. But projections indicate that the current vaccine push won't reach that level.

That could mean that the virus continues to have a  large pool of unvaccinated hosts from which to spread in the future.

The vaccine reluctance has been most pronounced among men. Only 17.3% of men in Jackson County have been vaccinated compared to 23.4% of women.

Although the rate of local deaths from the virus has slowed since reaching a peak in January and February, six people in Jackson County have died from the virus so far in April.

To date, 137 virus deaths have been confirmed in the county with 11 other suspected deaths. Around 500 people have been hospitalized with complications from the virus.

The BOC approved a supplemental list of road pavings in addition to a list it had approved earlier.

The largest project on the new list is the resurfacing of 4.47 miles of Deadwyler Rd. from Hwy. 82 to Hwy. 52.

The board also approved paving the parking lot area for the Pat Bell Conference Center at Hurricane Shoals.

In other business, the BOC approved:

• a contract with BM&K Construction & Engineering for asphalt replacement and drainage improvements at the Jackson County Airport.

• a tower location agreement with the City of Nicholson.

• rezoning 10.5 acres at 4285 Deadwyler Rd., Maysville, from A-2 to A-R to divide the property into seven lots for residential development. 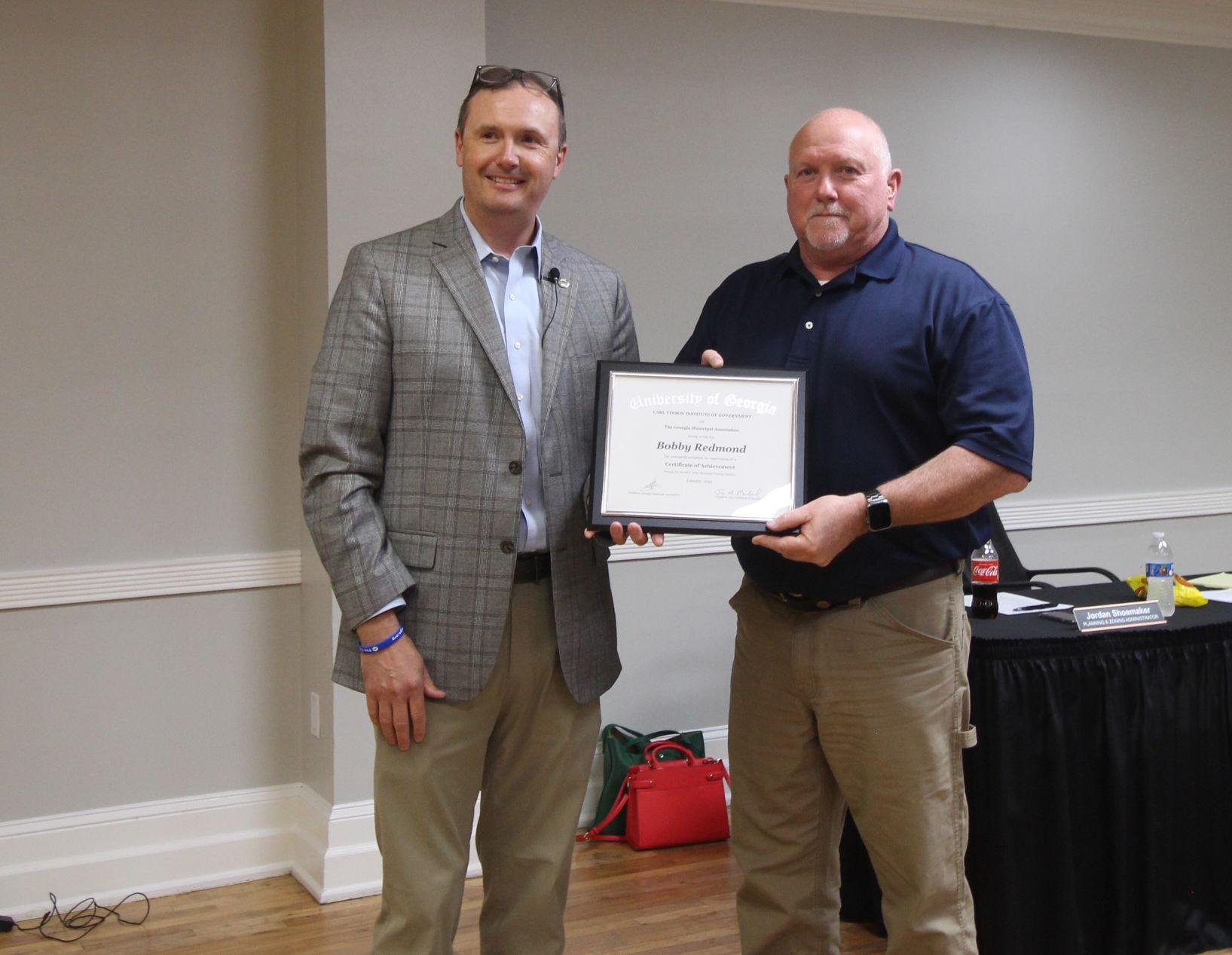 The Commerce City Council presented a number of recognitions during its April 19 meeting. Among those recognized was Commerce City Council member Bobby Redmon (right), who received a Certificate of Achievement from the Georgia Municipal Association. Redmon received the honor for completing a certain number of training hours. He is pictured here with Mayor Clark Hill. 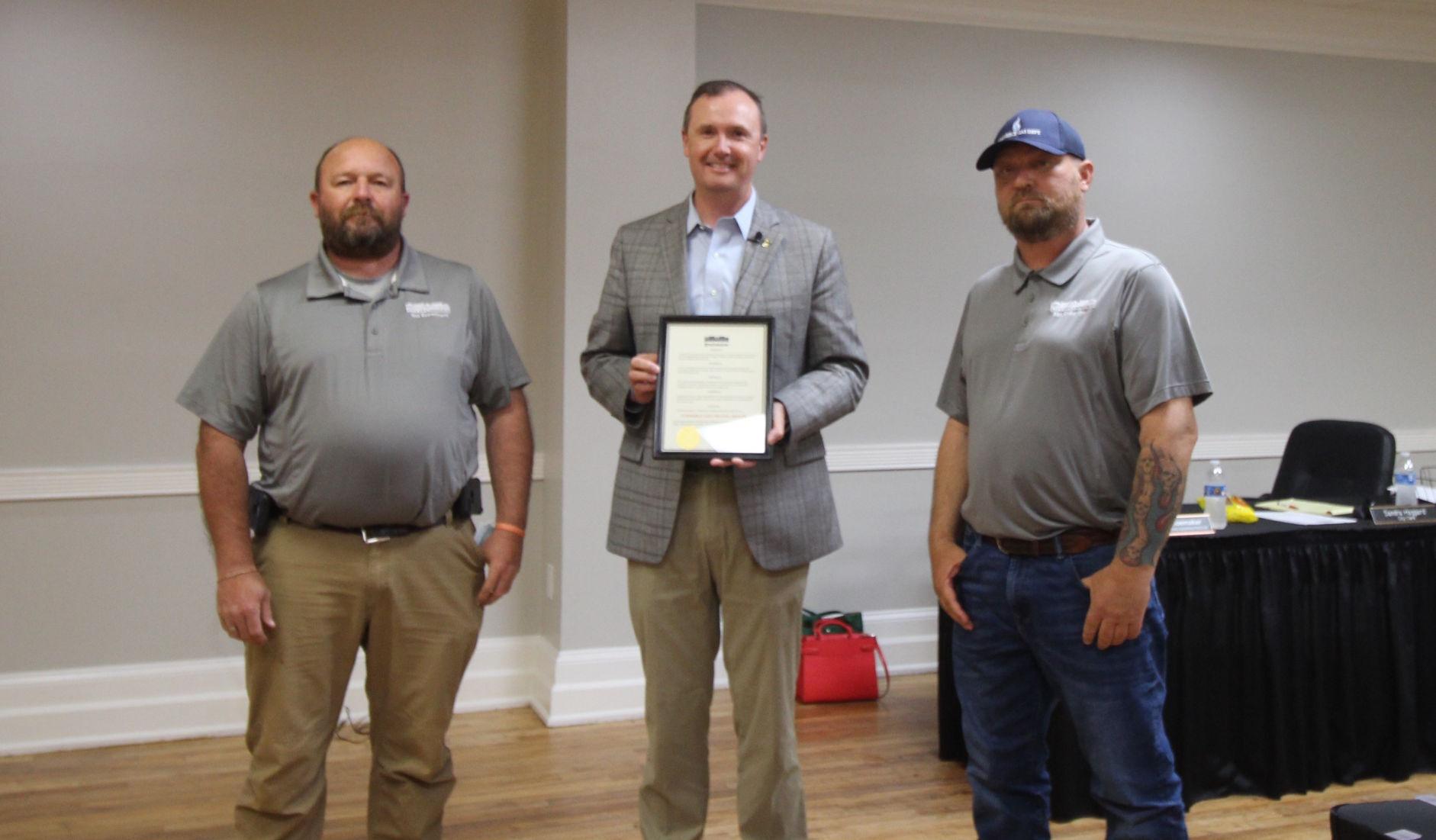 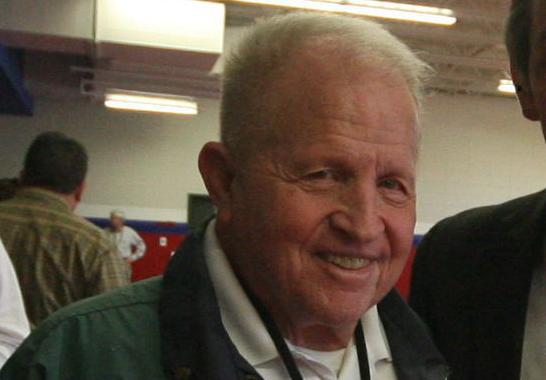 Longtime Jefferson coach Jack Keen has died at the age of 85. He spent 43 years at the school, beginning in 1965. Keen guided the Dragons to multiple state championships in wrestling, track and field and cross country.

Plans are underway to hold a Celebration of Life event for the late Coach Jack Keen on Sunday, April 25, starting at 2 p.m. at The Arena at Jefferson High School. The day’s events will include the opening of an exhibit highlighting Coach Keen’s life and career, the dedication of his classroom and a ceremony featuring memories told by people that Coach Keen influenced during his life.

A granite marker and plaque recognizing Coach Keen’s lifetime of academic contributions will be placed at the school by the City of Jefferson.

A video history project is underway that will give students, athletes and friends of Coach Keen opportunities to share their memories about him. More information about this project will be released soon.

Jack Nolan Keen passed away on July 20, 2020. He spent 50 years in education; 42 of those years were at Jefferson High School as a teacher, coach, and mentor to thousands of students.