Braselton leaders rejected a request this week for a townhomes project in an industrial section of town.

The Braselton Town Council voted Oct. 12 to deny a rezoning request for Johnnie Hastings for 21.5 acres off Broadway Ave. at the intersection of Josh Pirkle Rd. Hastings had requested a change from manufacturing-distribution to multi-family.

The project faced criticism from the Braselton Planning Commission in May. The Braselton Town Council held a hearing on the matter in July, but a vote on the project was delayed in the months following.

Also at its meeting, the council approved:

•a loan modification with the Georgia Environmental Finance Authority to allow a project time extension for a sewer line project in the Jesse Cronic Rd. area. The move extends the time period to October.

•a service delivery area swap with the Jackson County Water and Sewerage Authority.

•a pre-application for a Trails grant for the Mulberry Riverwalk. 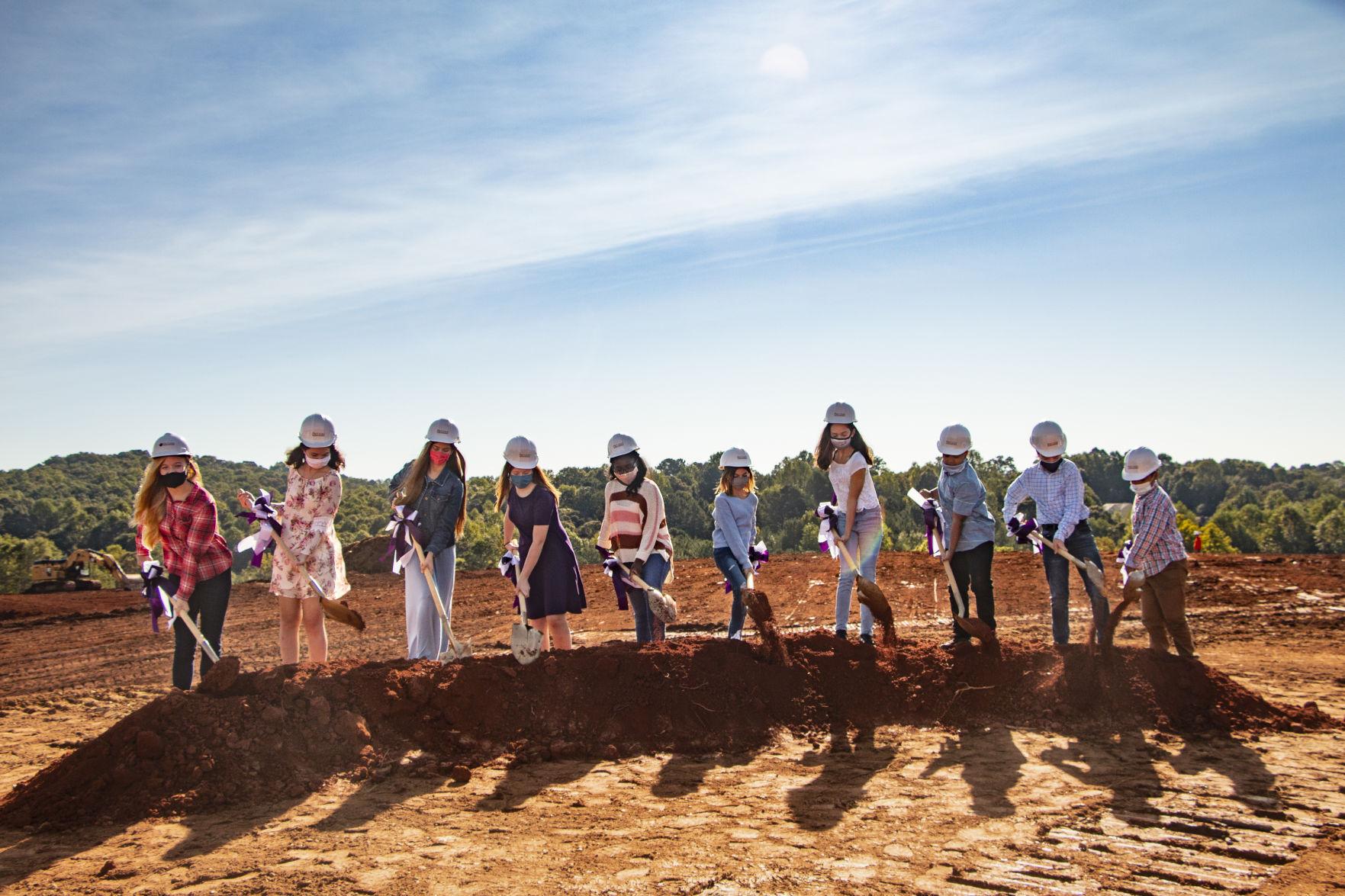 Middle schoolers are shown at the groundbreaking for the new Cherokee Bluff Middle School which will open its doors in the fall of 2022. The school will be 209,000 square feet and will be located next to the high school where the middle schoolers are currently studying. The school address is 6603 Spout Springs Road, Flowery Branch. 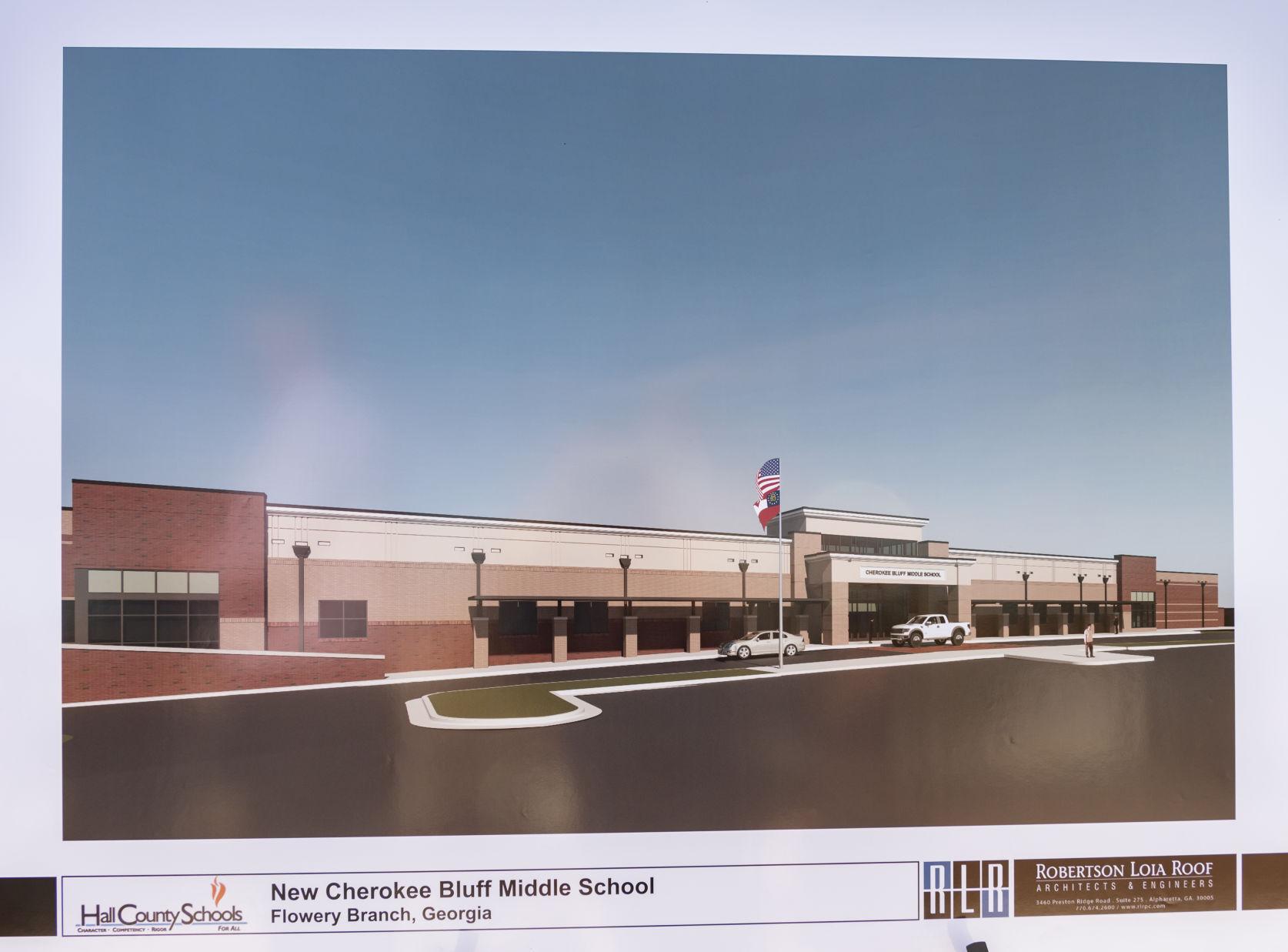 Shown is the architectural drawing for the new Cherokee Bluff Middle School. 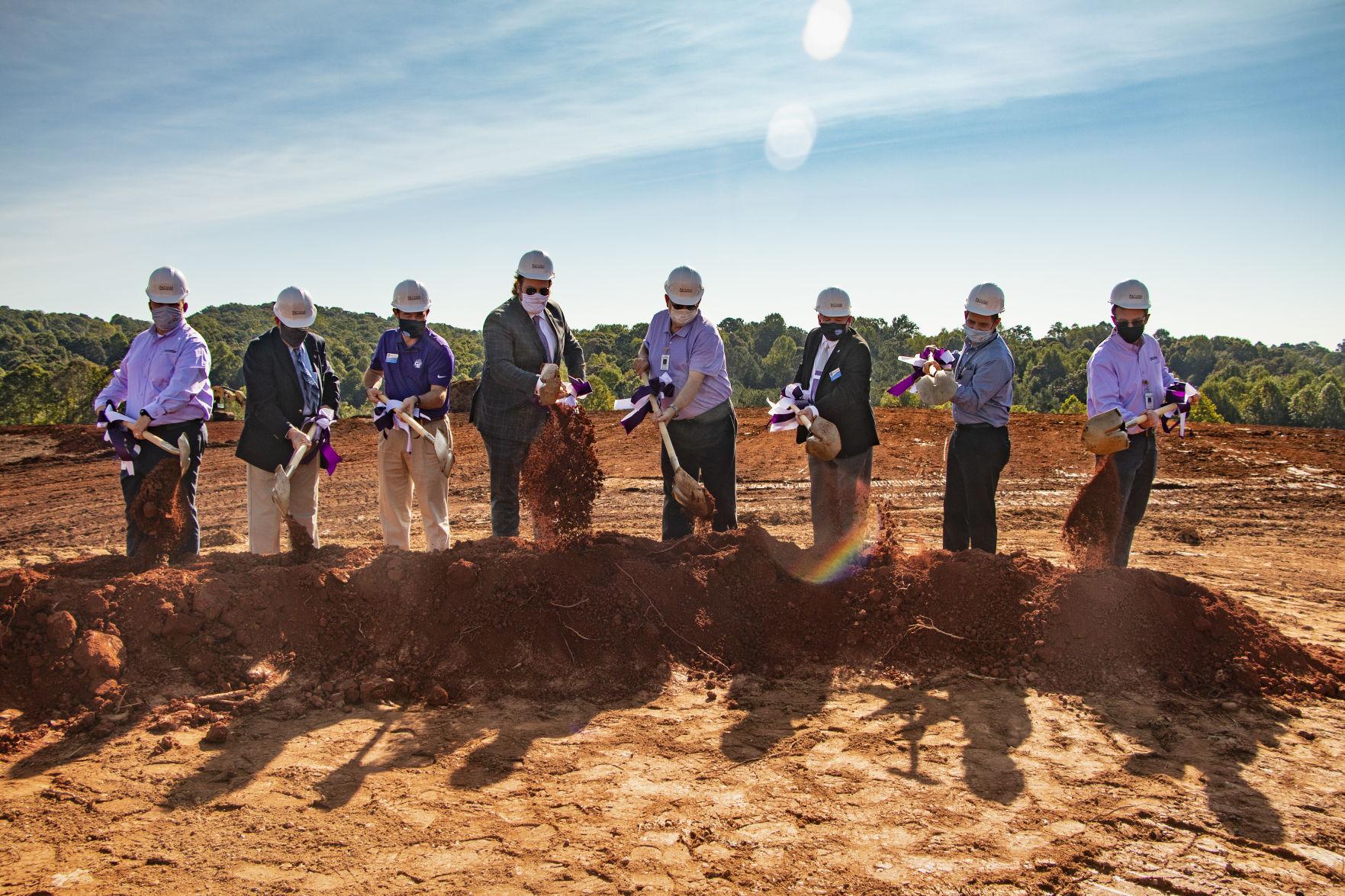 Parrish Construction Group held a groundbreaking ceremony on Thursday, October 1, celebrating the start of construction on the new Cherokee Bluff Middle School located next to the high school at 6603 Spout Springs Road, Flowery Branch. Shown here are school board members and officials at the groundbreaking for the new Cherokee Bluff Middle School.

The first annual Team Ezra event will be held Saturday, October 24, at 8 a.m. in downtown Hoschton. This year’s event is the Roar N Run 5K and 1 Mile Fun Run. This event is offering both in person and virtual options for runners and walkers to support Team Ezra.

Ezra King is a 4-year old Jackson County boy who was diagnosed with a brain tumor when he was just 18 months old. Funds raised will support his medical needs as well as a donation to the Pediatric Brain Tumor foundation to find a cure.

To signup or to make a donation visit https://runsignup.com/teamezra.

Ezra’s parents, Ramona and Travis King, share his story below:

It was a typical, lively Saturday morning in our home on the day that our lives changed forever. Ezra was 18 months old and had been in what we believed to be perfect health. He was as boisterous and fun as any other toddler. Midmorning he took a tumble and we found ourselves at the ER in Braselton with a possible wrist injury where they performed a head CT scan in an over abundance of caution. We never could have dreamed that we would hear the words, "The x-ray was fine but the CT scan was abnormal. We found a very large mass in your son's brain." This was what they call an "incidental finding."

We were rushed to the ED of Scottish Rite where they were waiting for us. By early evening we were admitted and in the days following, we learned that Ezra had an extremely large tumor pressing into his brain stem and growing upward into the area of his optic nerves and basal ganglia. He had extreme pressure and a loss of space for typical spinal fluid so we were scheduled for an extensive craniotomy and partial resection (brain surgery) as soon as possible.

When Ezra awoke after surgery, we learned that the operation and trauma to his brain stem had caused a loss of speech, paresis of his right side and a loss of right sided field of vision in both eyes. We spent several weeks in intensive rehab and have been in therapy ever since to help him regain functions.

At his follow-up MRI, they found that the remaining tumor had aggressively grown and we immediately started a chemotherapy clinical trial. Exactly two years (24 months exactly) later, Ezra is still on chemotherapy, having failed the 68 week clinical trial with continued tumor growth, and he is now on a new treatment plan that is currently holding the large, regrown tumor stable.

There is no proven cure for his tumor type and cellular mutation.

The last two years have been filled with joy-filled memories and a wonderful quality of life despite persistent tumor growth and treatment. His speech improves everyday and he is currently in intensive robotic therapy to regain use of his right extremities. We are told that he will continue to be partially blind and that it could grow worse.

We pray every day for a new drug to be developed that will shrink his brain tumor and put him on the cancer survivor list. As his tumor grows, he loses more functions and develops more issues. He teaches us everyday how to be strong, how to persevere and how to have fun doing it.

There will be over 160 craft and food vendors, a kids zone, live entertainment throughout the festival, a 5K run, Dixie Dock Dogs show, a car show and a barbecue competition.

Parking is free and a shuttle is available.

Farmers, bakers and makers will offer an array of goods for families and friends.

Free parking is available at the town’s parking deck.

Braselton will host its Zombie 5K Run/Walk on Saturday, Oct. 17, beginning at 8:30 a.m. Both in-person and virtual options are available.

For more information and to register, visit runsignup.com/Race/GA/Braselton/Zombie5KRun.

The Braselton Zombie 5K Run/Walk is hosted by the Braselton Downtown Development Authority.

Those who have symptoms or feel ill are asked not to attend. Those who've been exposed to COVID-19 are asked to choose the virtual run option.

The town will also implement a number of safety precautions this year, including:

According to the Department of Community Health’s Oct. 9 update, the Oaks at Braselton was still reported six resident deaths due to COVID-19. An update had not been posted by press time.

Since the beginning of the pandemic, 11 residents and 13 staff members have tested positive at the Oaks. Six residents have recovered.

The number of positive COVID patients being treated at Northeast Georgia Health System trended upwards over the week.

As of Oct. 12, the hospital system was treating 86 COVID patients at its various locations, up from 70 on Oct. 5. At Northeast Georgia Medical Center Braselton, the number of patients went down (from 14 on Oct. 5 to 10 on Oct. 12).

Ventilator usage is currently at 40%.

Since the beginning of the pandemic, the hospital system has discharged 2,398 patients.

There have been 334 deaths.

According to the Georgia Department of Public Health, there have been 332,311 positive cases across the state since the start of the pandemic, with 29,656 hospitalizations and 7,429 deaths.

In Braselton’s four-county area, there have been: