News
featured
Under 20% of countians vaccinated

Only a small percentage of Jackson Countians have received at least one dose of a Covid vaccine, according to an updated state reporting website.

The rate in Jackson County is below the overall state average where 30% of adults have received at least one dose and 17% are fully vaccinated.

Meanwhile, the rate of new infections has fallen in the county to under an average of 5 per day. Deaths have also stabilized at 134 since the pandemic began with 11 other deaths likely due to Covid.

Currently, Jackson County ranks 6th in the state with the most infections per 100,000 people since the beginning of the virus outbreak.

Some 490 people have been hospitalized with the virus from Jackson County over the past 13 months. 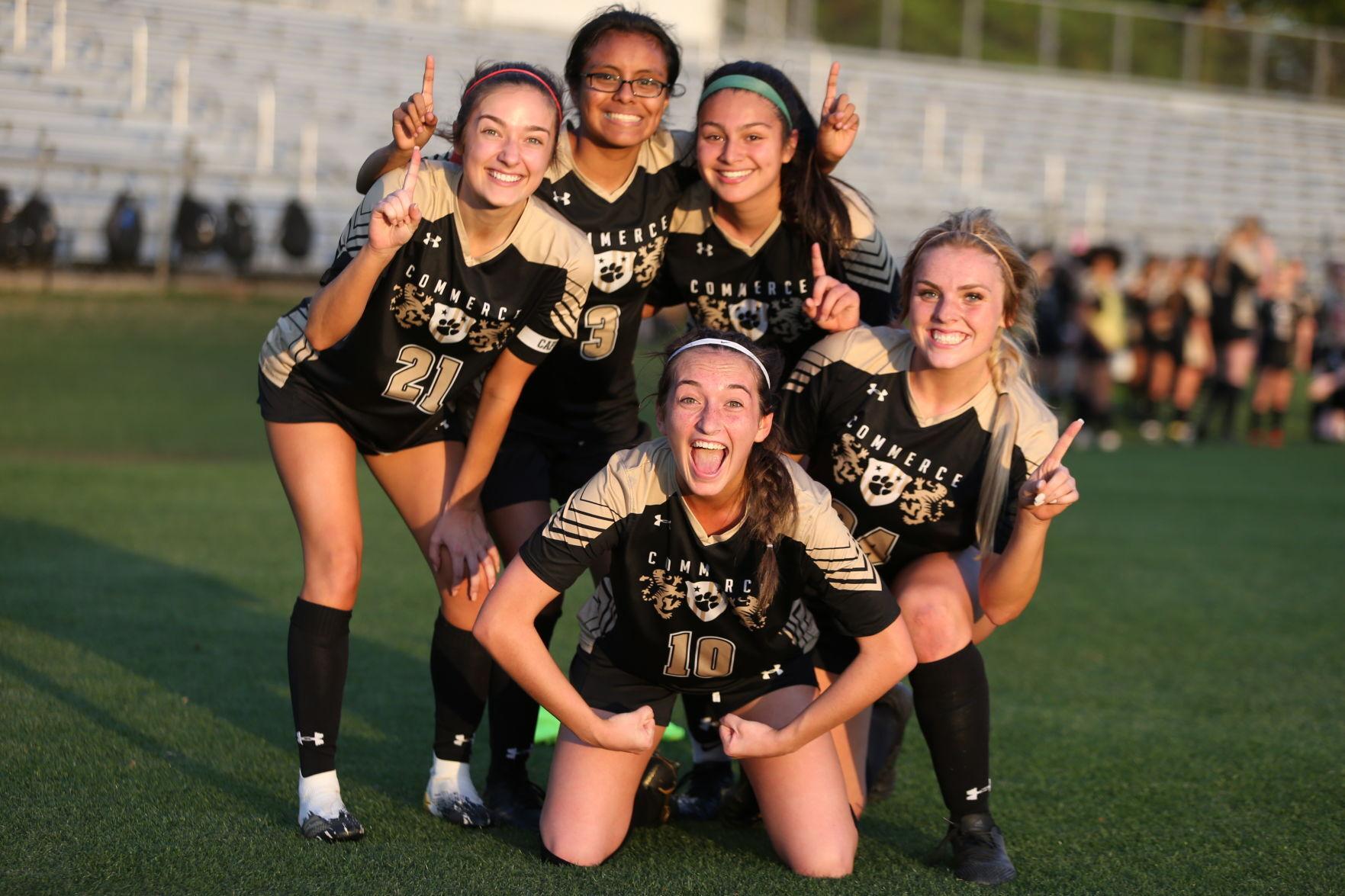 SK facilities under construction in Commerce.

As a Sunday deadline approached, SK Battery agreed to a settlement with LG Chem over a contentious dispute that had endangered the future of SK's massive EV battery plants in Commerce.

According to Bloomberg News, SK agreed to pay $1.8 billion to LG Chem in the trade dispute to settle the case.

In February, the International Trade Commission had ruled against SK in the dispute and imposed harsh sanctions which threatened the future of the firm's new battery plants under construction in Commerce.

SK had lobbied the Biden Administration to overturn the ITC's ruling and threatened to pull out of the U.S. market if the ruling were upheld.

At stake was SK's $2.6 billion investment in the plants and 2,600 jobs in Northeast Georgia.

Still, some observers seemed wary that Biden would overturn the ITC ruling. In a recent Zoom call with members of the Jackson County Area Chamber of Commerce board of directors, officials with Sen. Raphael Warnock's office encouraged a settlement in the dispute, saying that SK's reliance on a presidential intervention wasn't a good strategy.

Jackson County officials had watched the case closely. The county, along with the state, had agreed to a large incentives package to lure SK to Commerce as the nexus of a high-tech industrial boom in the Northeast Georgia area.

A number of state officials lined up to take credit for the deal.

“The announcement of a settlement between SK innovation and LG Energy Solution is fantastic news for northeast Georgia and our state’s growing electric vehicle industry," said Kemp. "Our state attracted this massive $2.6 billion investment because of Georgia’s pro-growth leadership, and I have personally participated in countless meetings, calls, and other conversations to make sure this project and the 2,600 expected jobs continued to move forward. I want to offer a special thank you to local leadership in Jackson County and the city of Commerce, our incredible partners with the government of South Korea both here and in Seoul, as well as the Office of the United States Trade Representative for assisting the two companies through the settlement negotiations process.”

The City of Jefferson is eligible for a $600,000 matching grant to renovate the town’s historic Roosevelt Theater but still needs the green light from the city council to apply for the funds.

City manager Priscilla Murphy addressed the Jefferson City Council about the grant — available through the Appalachian Regional Commission (ARC) — at its April 12 meet. Murphy said she needs permission to begin grant application process. If the city pursues the grant, the council must approve a budget adjustment to allocate matching funds for that grant.

It was noted that the $1.2 million total between the grant funds and matching funds wouldn’t cover all renovation costs according to plans for the building, but Jefferson Main Street director Beth Laughinghouse said cost-cutting measures could be enacted to make the project more affordable. Fundraising could also cover a portion of the renovation cost.

Construction must start within 18 months of applying for the grant and completed within 24 months of the application.

“Anytime you can do a project for 50 cents on the dollar, it needs to get our attention,” mayor Jon Howell said.

The ARC charges a $30,000 fee to help apply for the grant and manage it. That cost, however, is covered through the grant, if awarded.

Laughinghouse said the likelihood of the city being awarded the grant is “very good.” Construction-ready plans are already available for this project.

“If we apply for the grant and receive the grant, the next step is to go out to bid,” Laughinghouse said.

If the city applies for and receives the grant, the plan is to restore the building, which was built in the 1920s, to a 109-seat movie theater.

Laughinghouse said tentative usage plans for the theater include dedicating two weekends out of the month to first-run movies and perhaps another month to classic movies. The city could also generate revenue from the facility by renting it out.

Councilman Mark Mobley voiced his support for the project, noting its potential impact on Jefferson’s downtown.

“There’s nothing better for a city than having a downtown where people come on a consistent basis,” Mobley said. “To me, this would help us move people downtown, through our downtown.”

•heard an annexation and medium density residential zoning request for 0.57 acres on Brockton Rd. to allow for a single-family dwelling.

•heard a variance request to increase the square footage allowed for a cottage industry from 1,500 to 4,079 square feet for 1.04 acres on Washington St. for a furniture store with a portable sawmill.

•reviewed a resolution to accept 0.383 acres south of South Public Square from the Jefferson Downtown Development Authority. If approved, the city would take over a portion of a parking lot located on the tract. Councilman Malcom Gramley said another option is to assume control of portion of the parking lot and negotiate with adjoining property owners for the rest of the lot and a street running north of the lot. Another option is for the DDA to deed its portion over the adjoining property owners and let them operate and maintain the parking lot. The council could also opt to take no action on the matter. Councilman Clint Roberts said the council should consider the best option to move forward with potential parking and amphitheater projects. DDA chairman Les Crane said that the property is contagious to other DDA property “which the city will want to have for their amphitheater if they go along with that project.”

•reviewed a resolution to add items to the city’s planning and development fee schedule, specifically fees related to review of water and sewer plans. .

•heard from Murphy that a “kickoff meeting”for the design of the Parks Creek Reservoir was recently held. The reservoir dam is under design now, while the condemnation is in-process for land needed for the project. Murphy also said that a I-85 waste water treatment pre-bid meeting was held April 6. Five firms were present.

•heard from Murphy that she needs guidance from the council regarding use of a former gas station building on Lee St. the city purchased. Councilman Cody Cain said the space could be used for a parking lot or sold. “If we’re not going to use it for parking, I’d love to see us get paid,” he said. If rental requests are made, Howell said the city must not get pigeon-holed into a long term lease. A citizen, during public comment, suggested it be used as Main Street Jefferson’s office.

•heard from Joe Savage of the roads and grounds department that all old equipment has been removed from the Gordon St. playground to make room for new equipment. The new playground is slated for installation during the second week of May. Savage said work on the playground at City Park will begin next week. The hope is that both parks will be ready by early June.

•heard from Mobley said McDonald’s “has been an incredible partner” in helping remedy trash problems on an access road near I-85 running behind the restaurant. According to Mobley, McDonald’s is not interested in selling the land along the road but is open to perhaps providing an easement to the city to help remedy the problem. “I wanted to request that staff begin to work on how we could allow them to retain ownership and yet us have enforceability,” Mobley said.

•heard from Cain that he wants to seek conceptual drawings for improvements to the city’s existing pool on Memorial Dr.

•discussed a looking into a $10,000 conceptual master plan addressing a potential amphitheater and future plans for old gas station owned by the city. 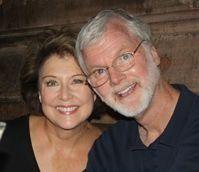 A Jefferson family is in mourning over the mass shooting deaths last week in South Carolina.

Dr. Robert Lesslie, 70, his wife Barbara Lesslie, 69, their grandchildren — 9-year-old Adah and 5-year-old Noah  — and two repairmen at their home in York County, S.C. were shot and killed April 7.

Dr. Lesslie and Mrs. Lesslie are the parents of Lori Alexander, Jefferson.

A memorial service for the Lesslie family was scheduled for April 14 in Rock Hill, S.C.

Former NFL player Phillip Adams, whose parents lived near the Lesslie family, was said by York County law enforcement officials to be the shooter. Adams later killed himself. No motive is known for the shooting, officials said.

Several hundred people gathered outside in Rock Hill Sunday evening for a vigil, according to local media reports.

Dr. Lesslie was a noted emergency room physician in the community and the author of several books, including Angels in the ER.

In lieu of flowers, memorials may be made in Robert and Barbara's name to Camp Joy North Carolina, 918 South Pleasantburg Dr, Greenville, SC 29607.

A complete obituary can be found here.

In what some observers described as a "circus" atmosphere, the annual convention of the Jackson County Republican Party on April 10 was reportedly a fractious affair.

Hoschton city councilman Adam Ledbetter challenged TJ Dearman for the chairmanship of the group, but was thwarted by a parliamentary move that left him disqualified and Dearman the only candidate standing.

Ledbetter said he had been named by the group's nominating committee to become the next chairman, but was disqualified due to a "10 hour rule" that requires officers to have given 10 hours to the group over the previous year.

Ledbetter said that district GOP officials told him the rule was waived in 2020 due to Covid where people couldn't attend meetings in person. He said someone may have filed an appeal to the district over the meeting, a move that could force a do-over election of officers.

"I felt a change needed to be made," Ledbetter said. "My goals as chairman would have been to move on from the 2020 election and focus on 2022. Engage our youth in the party and become more diverse in many ways."

Prior to the meeting, Dearman issued a statement that banned all recording devices at the convention meeting, which was held in Braselton.

The local GOP organization has a long history of tumultuous leadership. Dearman's predecessor resigned as local chairman in protest over how the group was being run by shadow leaders who didn't support her. Some years ago, a local chairman refused to release the names of those who had qualified to run for local office to the newspaper after qualifying had closed. He was later ousted from the job.

More recently, GOP representatives appointed by the local GOP to the county election's board have made headlines over voting against approving local election results and attempting to challenge the status of some county voters.

The Commerce City Council met for over an hour behind closed doors with the Commerce Board of Education April 12, but no outline of what was discussed and no action was taken by either group when the meeting ended.

Council members attended the BOE's regular meeting when the two groups went into executive session together for personnel, pending litigation and property acquisition.

Among the items approved by the BOE at its meeting were:

In personnel actions, the board:

• rehired a number of existing teachers and system leaders, including principals at all three system schools.