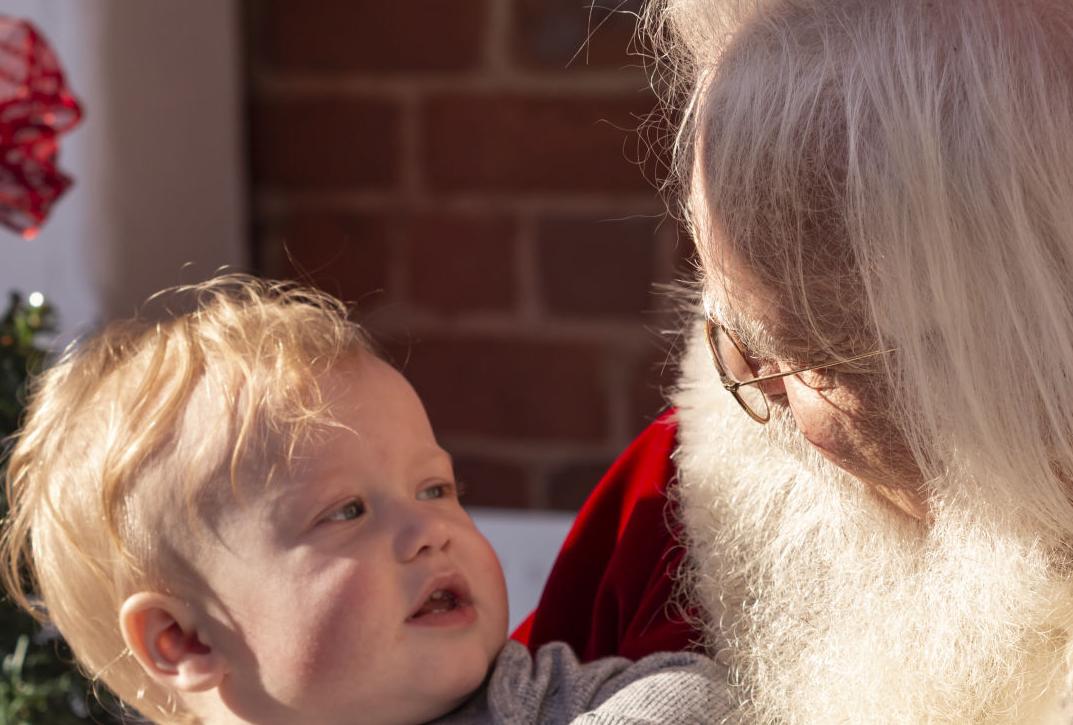 Maverick Flanagan is 10 months old and he visited Santa for the first-time during Homer’s annual Christmas celebration on Sunday, Dec. 12. 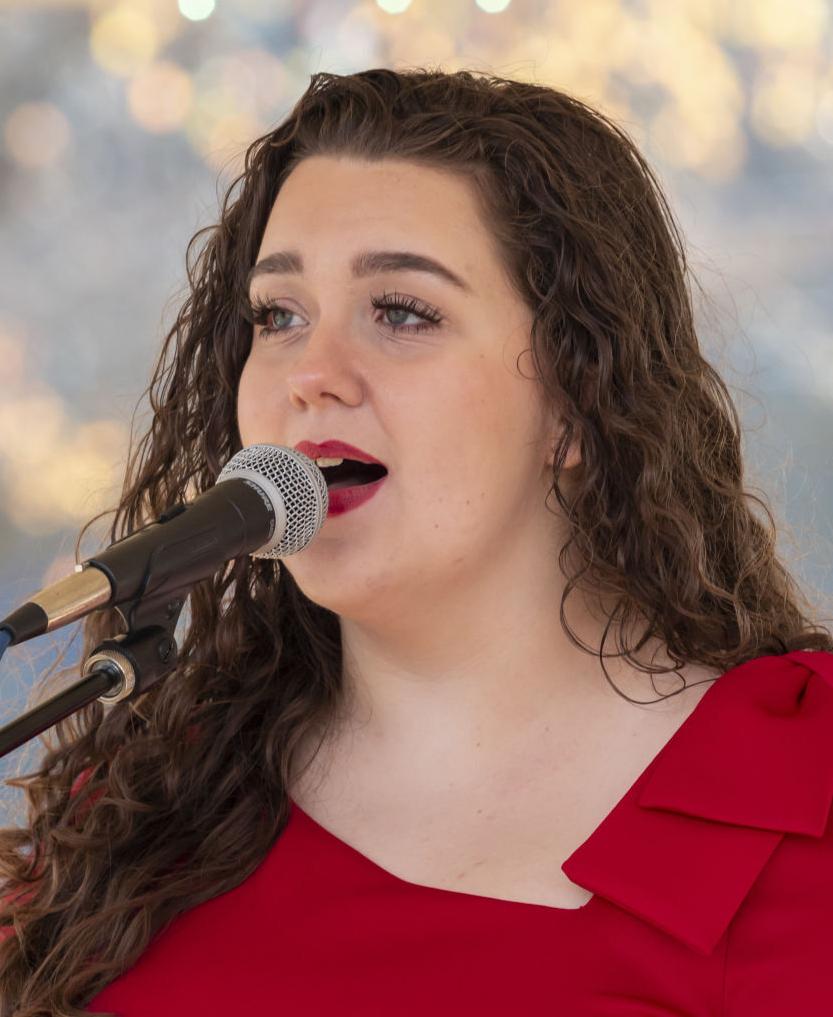 Starr Phipps brought the Christmas spirit to all as she sang carols at Homer’s annual Christmas celebration on Sunday, Dec. 12.

Construction for a new clubhouse at Chimney Oaks Golf Club in Homer remains at a standstill. The project was halted after a site visit by Homer’s building inspector, Jayme Ingraham, in October. The club submitted progress drawings for a pro shop and fitness center, but Ingraham noted there were 13 bedrooms and restrooms on the third floor of the facility under construction. Those were not a part of the plan submitted to the city.

With the residential component added to the project, Ingraham was forced to stop developers until fire codes are met. This addition calls for fire walls, fire doors, and a sprinkler system to assure occupant safety regarding fire codes. Ingraham said the developers could work on those items at the present time. She has asked for a new construction plan that includes all changes before other construction continues.

The Homer Town Council said the change is not necessarily a problem if it is built according to fire codes and the new construction plans are submitted to the building inspector. It is in the best interest of all citizens that everyone is aware of everything that is being built in the city, leaders said. 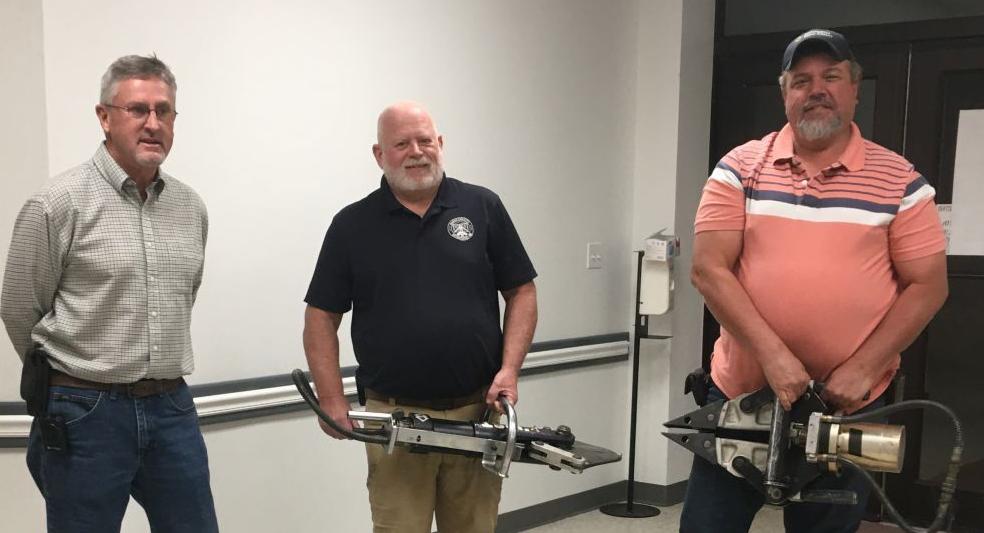 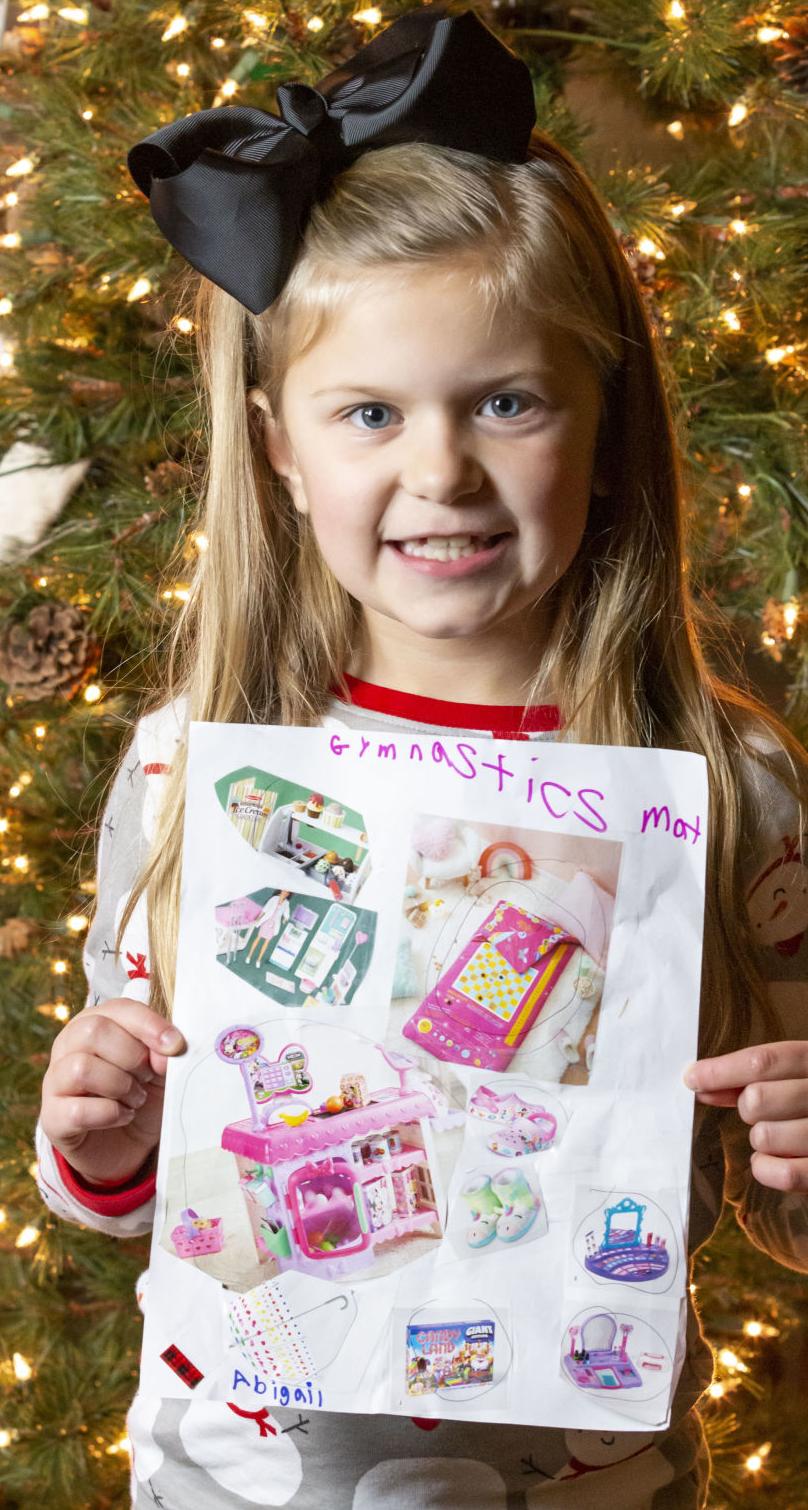 Abigail Lonberger, 7, is shown with her Christmas wish list which she brought to Santa during Gillsville’s Christmas celebration.

The Banks County Board of Commissioners took action Tuesday night that will lead to improvements on eight county roads.

The BOC also agreed for $483,000 in state funds to be used for improvements on Chatham Road, 1.27 miles, and Spring Road, 2.70 miles. Any additional money needed for these two projects will come from SPLOST revenue.

In other business at the meeting on Tuesday, the BOC:

•approved a change order for the multi-purpose field contract to allow for additional sod.

•approved an addition for fire station 24.

•approved a contract with CSRA to provide probation services for the Probate Court.

•agreed for Costar Realty Information Inc. to provide re-evaluation of commercial and industrial properties services for the tax assessor’s office.

•agreed that no thru truck traffic will be allowed on East Ridgeway Road and Faulkner Road due to it damaging the roads. No trucks with loads larger than 3,600 pounds, longer than 30 feet or with more than 10 wheels will be allowed.

•agreed to support the Annexation Legislation endorsed by the Association of County Commissioners.

•re-established the Energy Excise Tax and entered into agreement with the cities for allocation and distribution of the proceeds from the tax.

•named Danny Maxwell as the BOC vice chairman for 2022.

•reviewed the subdivision recommendations from the planning commissioners.

In a work session on Monday, Lula city leaders heard a request from Craig Smith, of S&S Septic Hauling, who asked council members to consider receiving sewage for treatment at the city facilities.  Smith explained his company does business in several local municipalities and estimates the city could make around $125,000 a year.

City manager Dennis Bergin presented Lula leaders with a pros and cons handout to study before making a decision next Monday. He noted that the revenue would mostly be half of the projected amount because of expenses. Smith said his company would handle expenses other than a city employee to oversee the operation. Bergin noted the ponds and pump stations are located in residential areas and fears the added sewage could cause issues at the sewage facilities.

In another sewage issue, the council discussed issuing a $15,000 fine for a contractor who was putting in phase two sewer lines during a major rain event on March 11 and 12. Bergin told the council there was a mistake at a cut off value which allowed mud into the system and the affects were still apparent 28 days later He did say the contractor arrived quickly and has worked with the city on this issue. While there was no physical damage to the system, there was operational damage.

The council also discussed a request by Jaemor Farms to connect their newly-built pumping station to the city system. Bergin recommended a $5,000 tap fee and said the city should make approximately $96,000 a year in revenues.

•discussed the GMA Worker’s Compensation Premium at an annual cost of $28,181.

•discussed the completion of the roof replacement at the old city hall at a cost of $11,856.

•discussed a mechanical issue with City Water and Sewer truck.

•noted that the planning and projects director and the wastewater staffing positions have been advertised.

•noted that the “Christmas in Lula Yard of the Month” contest winners will be announced next Monday.

•noted that the annual audit should be presented at the December 20 council meeting.

•heard a report from Bergin that the Belton Bridge complaint concerning unpermitted work on the property. He found those complaints to be unfounded.

•heard from Bergin that he has been unable to find a good vehicle to replace the prisoner vehicle at this time. The former vehicle was wrecked, and the city collected $10,017 in an insurance payout. The city has designated $27,000 for the purchase.

•heard a request from Cassie Swearington, representing the Lula-Belton Historical Society, to host a Valentine dinner for members and residents.

•agreed to start renovations to the train caboose that will be restored in memory of city employee Carl Manger. The city has designated up to $15,000 for the project and they have also received $3,500 from the private donors.